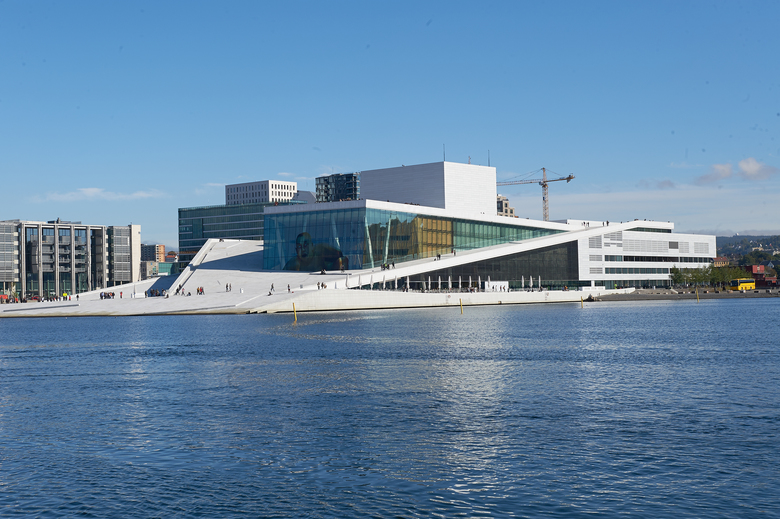 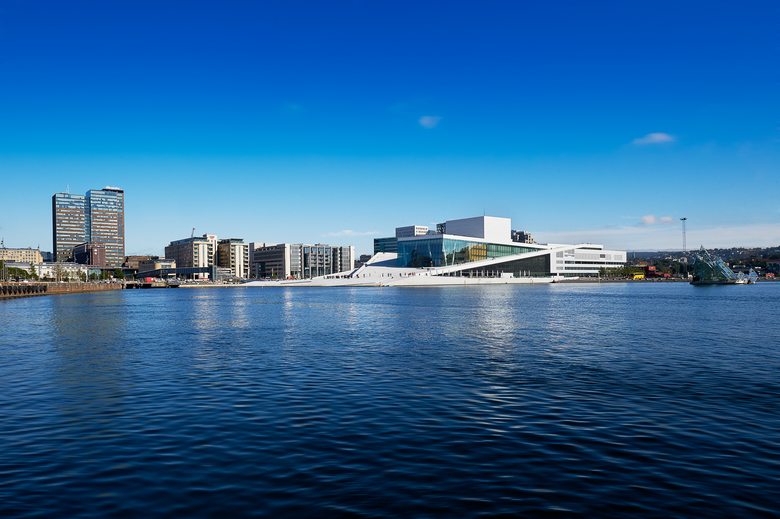 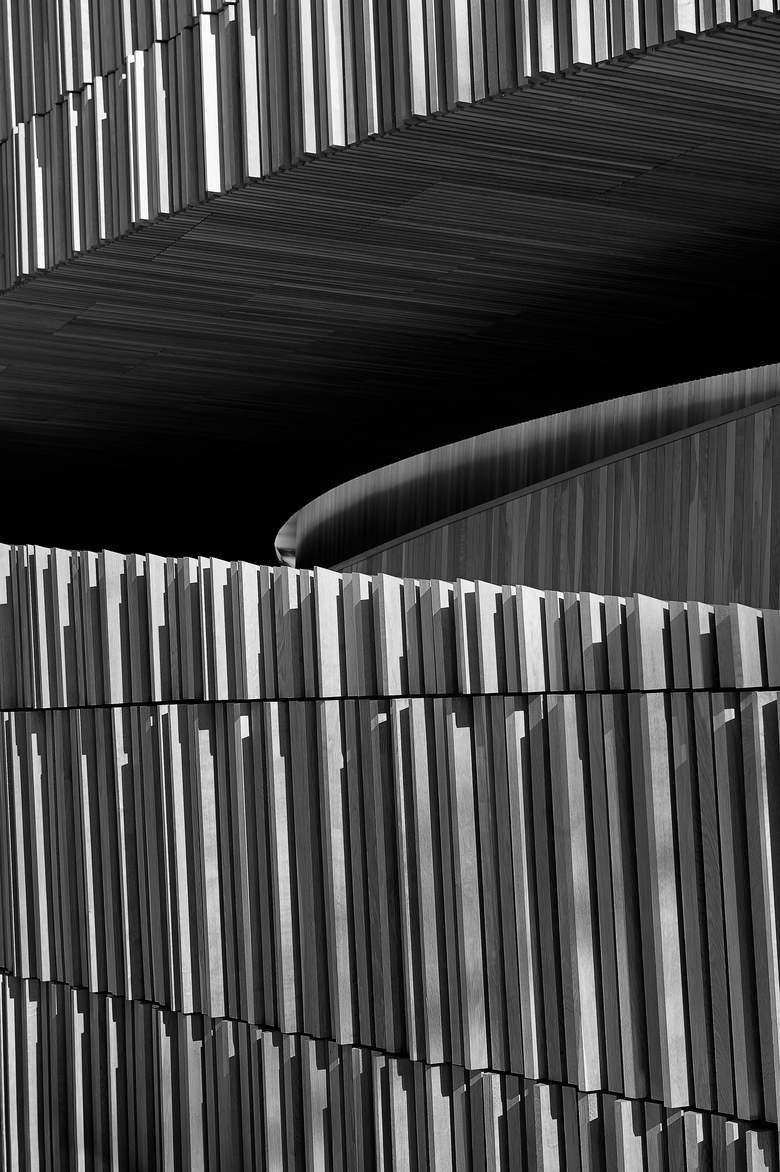 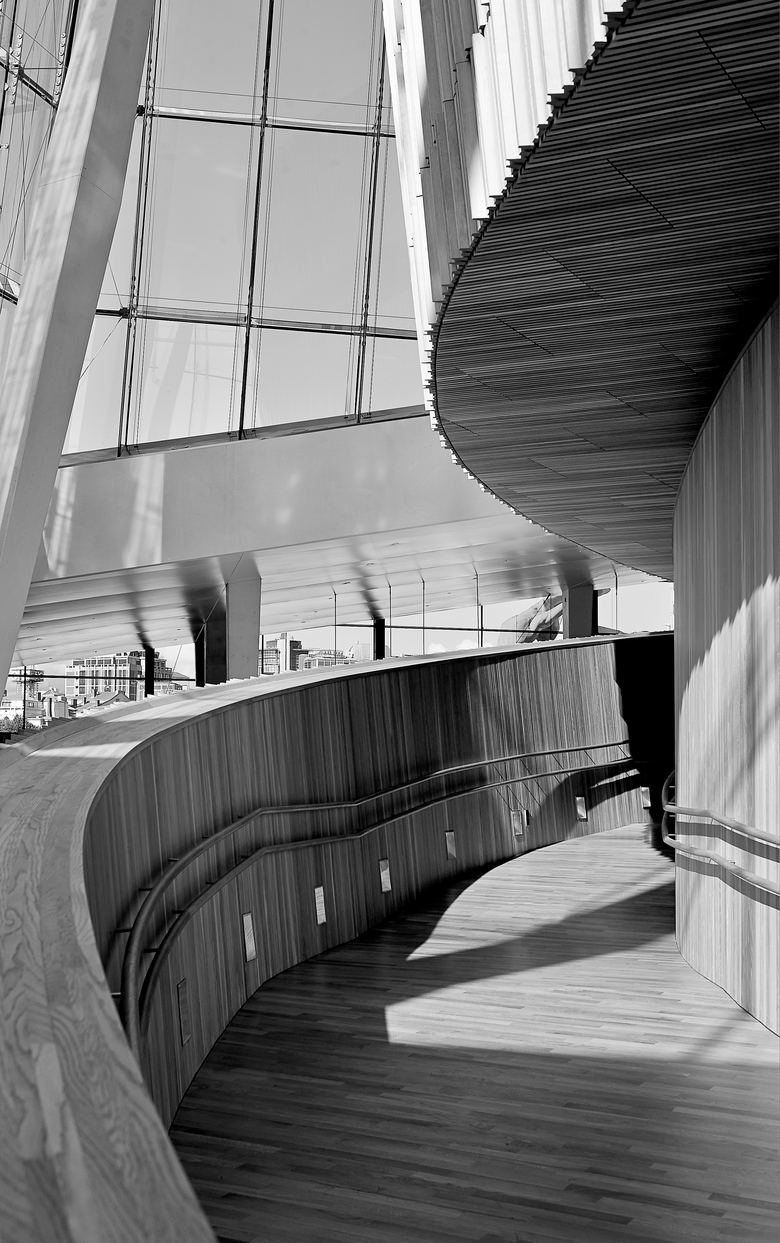 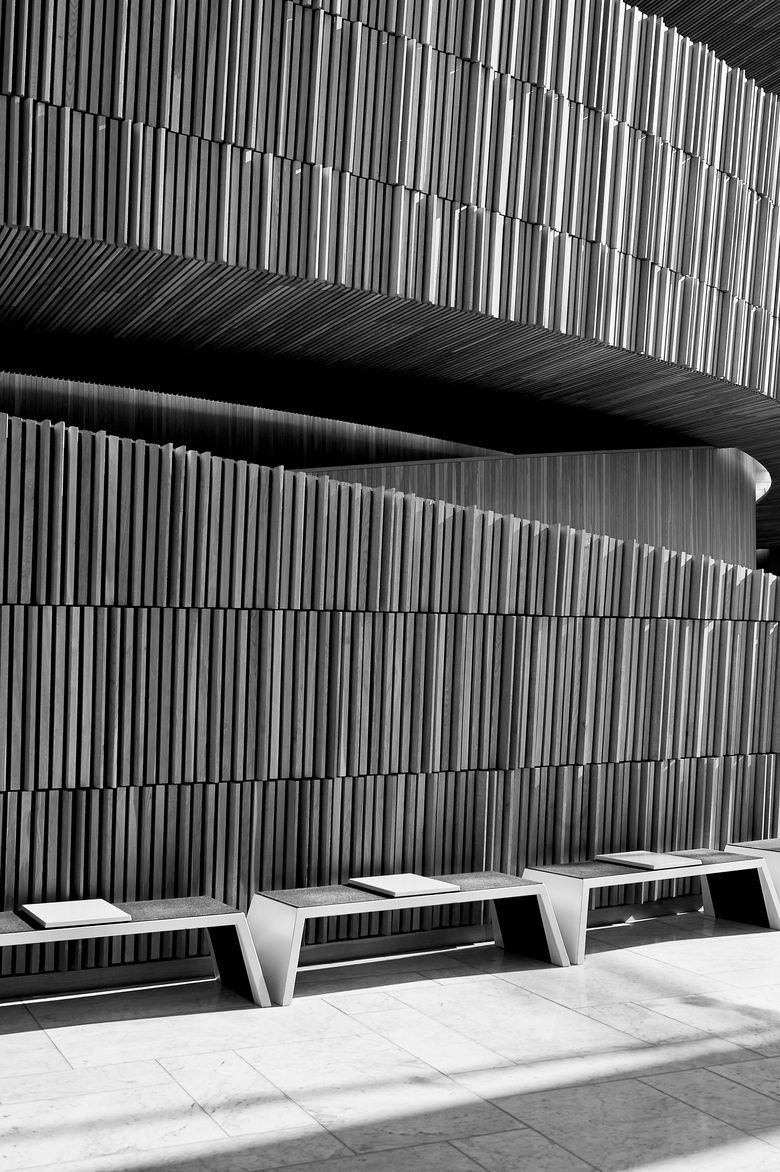 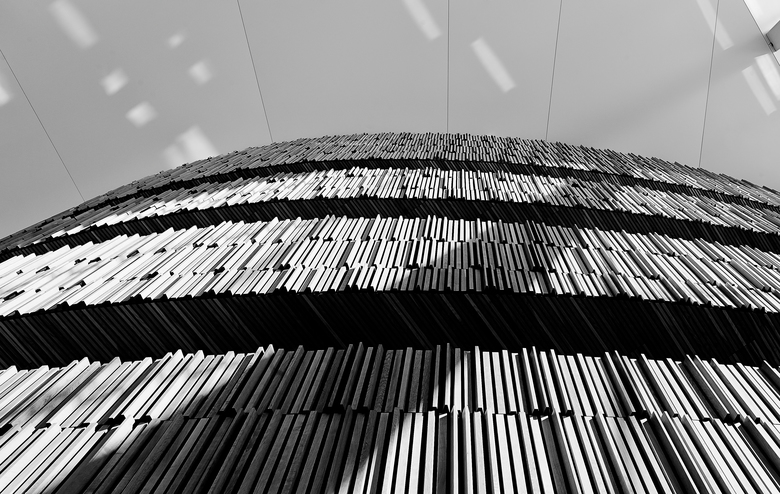 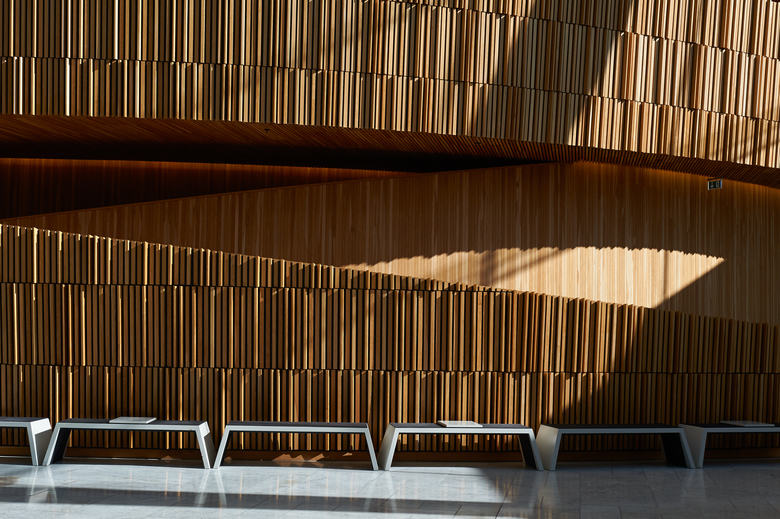 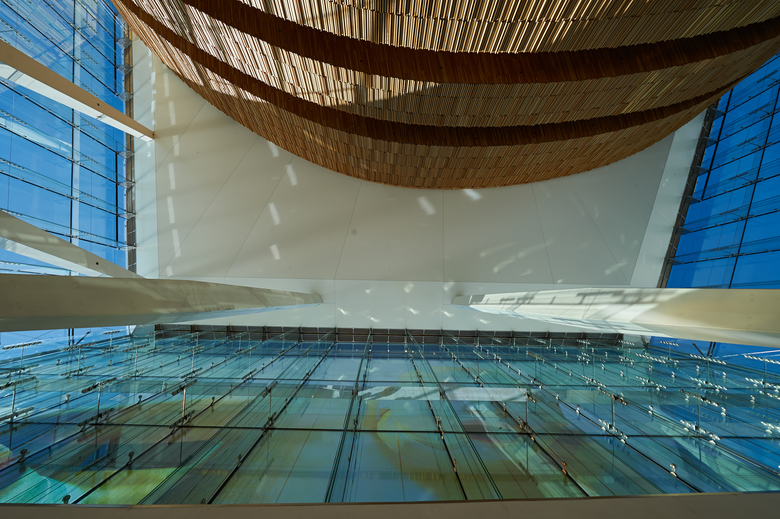 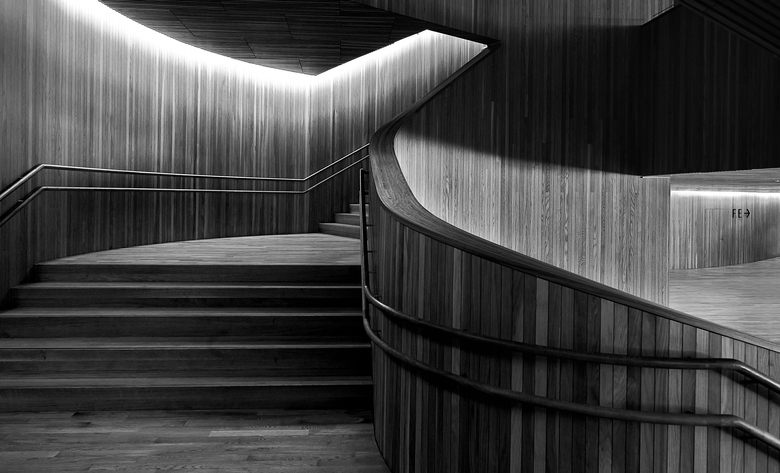 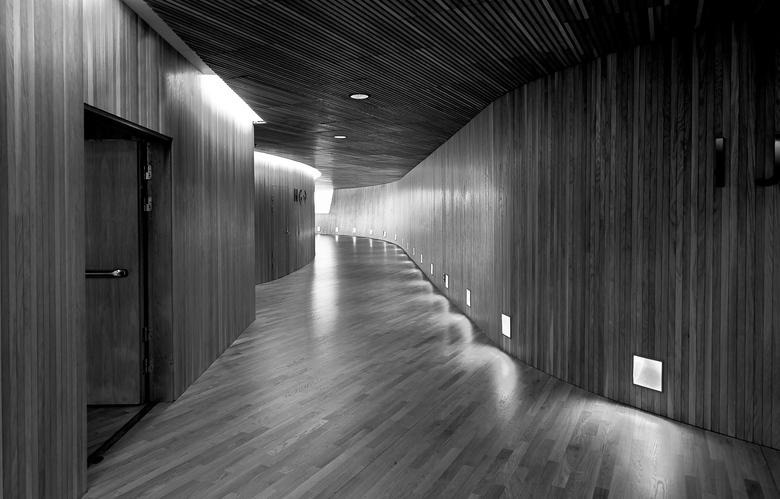 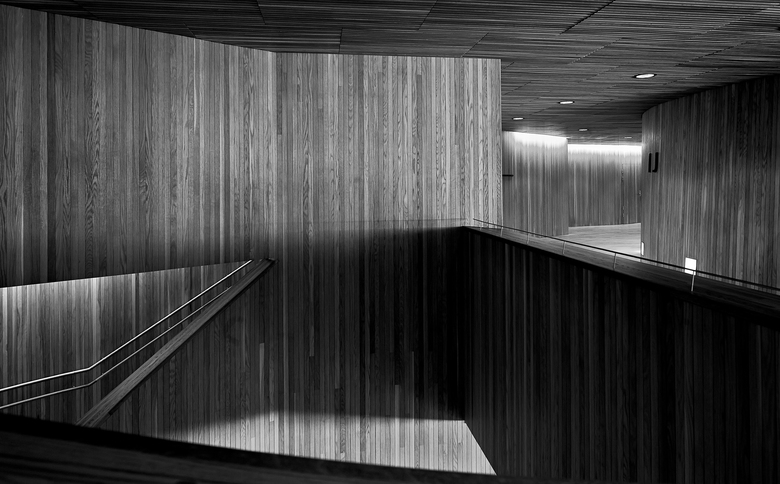 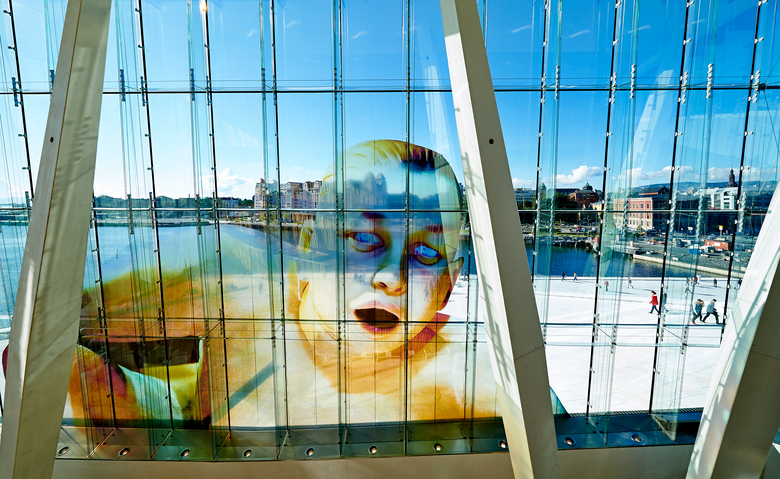 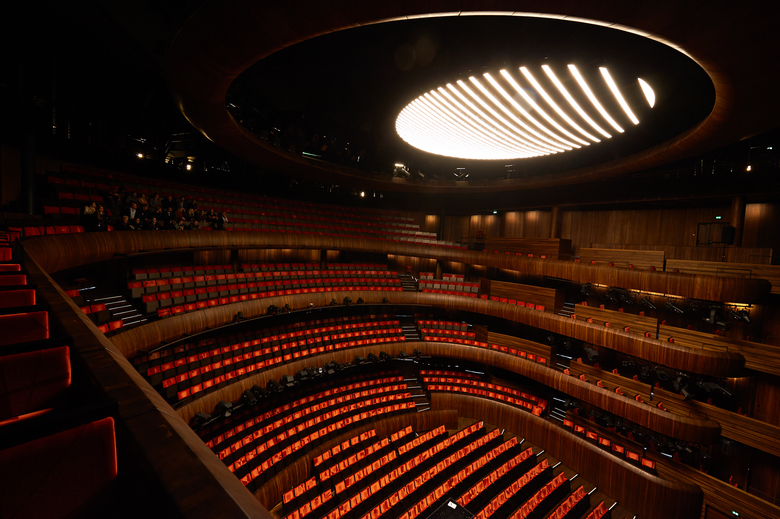 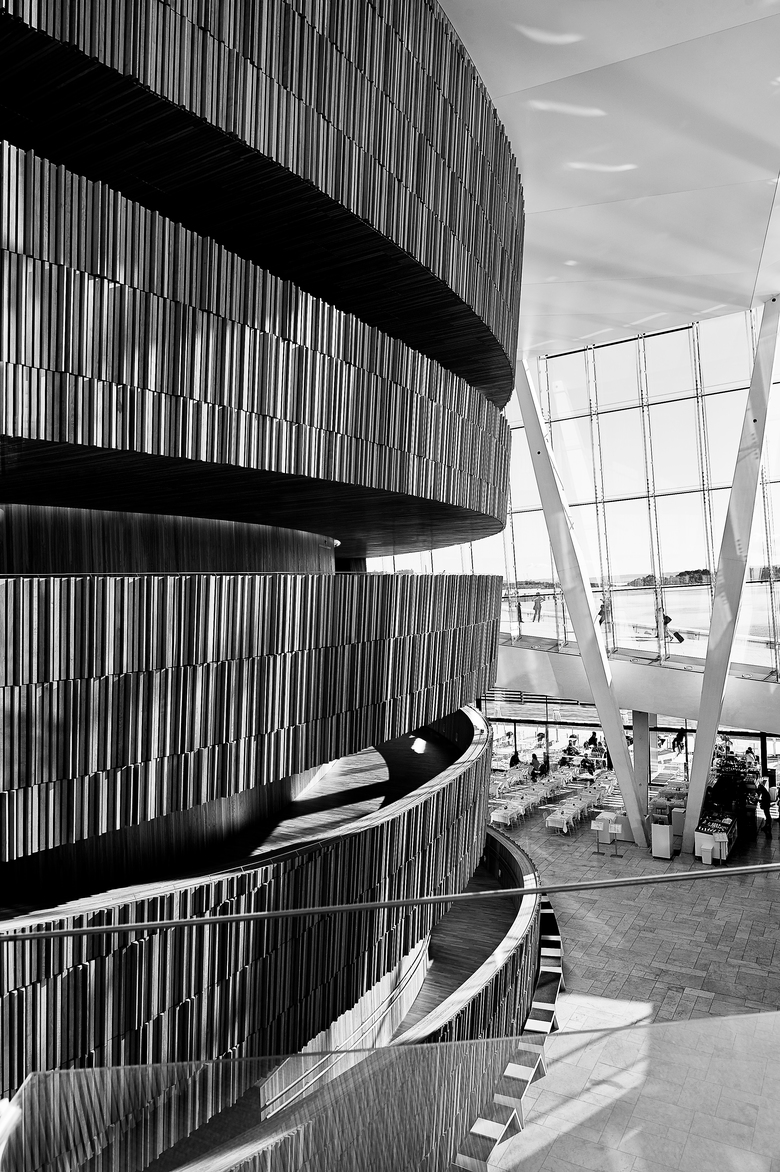 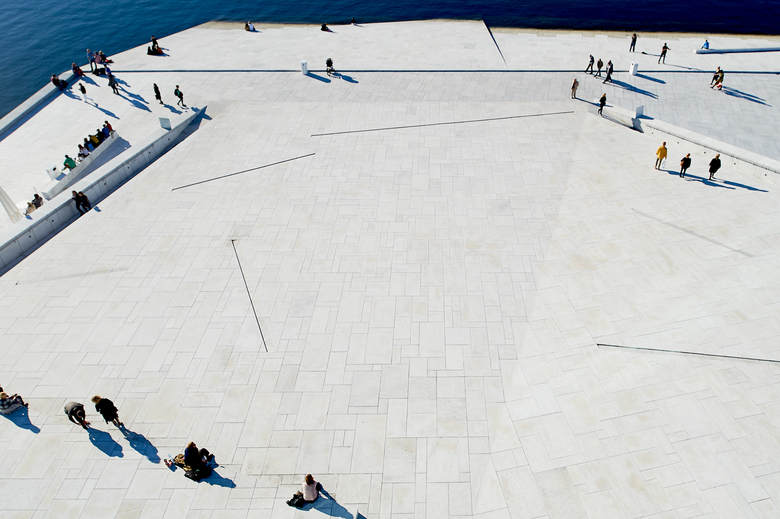 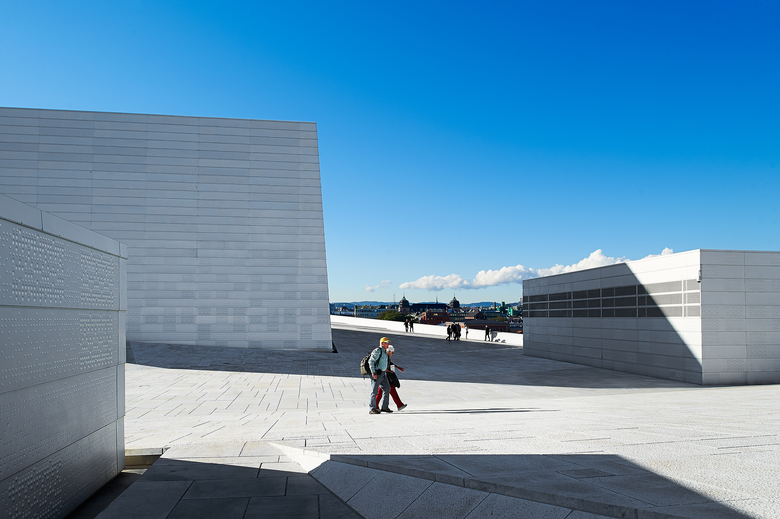 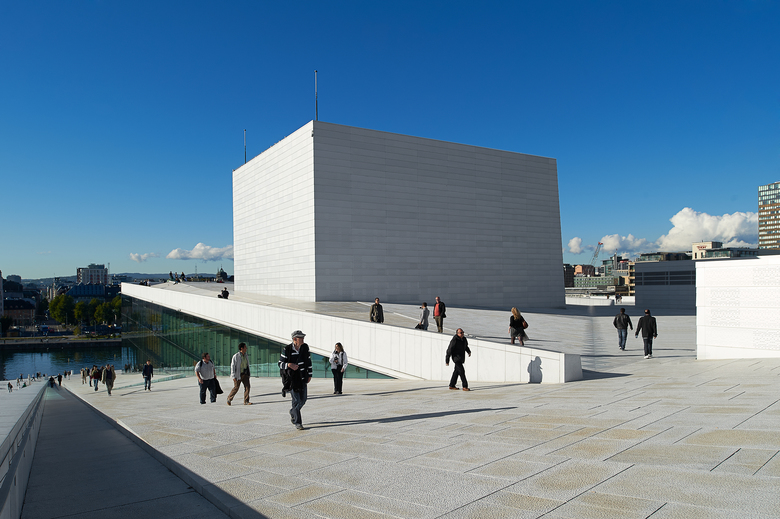 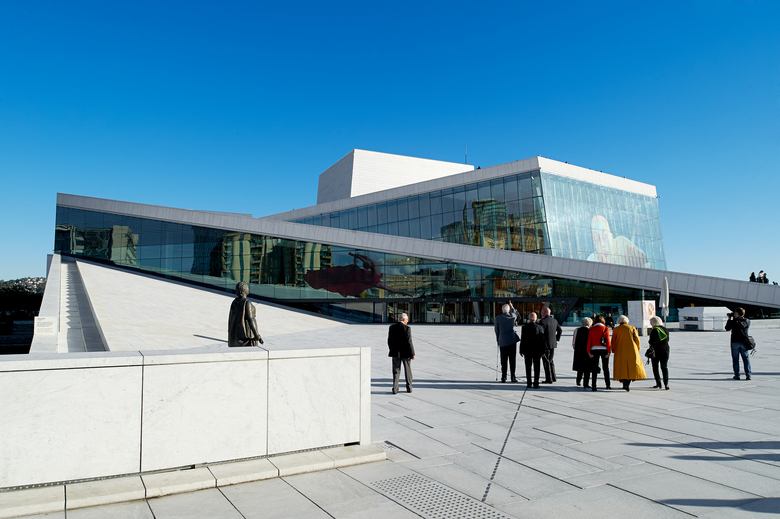 The dividing line between the ground and the water is both a real and a symbolic threshold and this threshold is realized as a large wall on the line of the meeting between land and sea, Norway and the world, art and everyday life. The opera house stands apart due to its size and aesthetic expression.

More from the architect:

Architect’s description The opera house is the realisation of the winning competition entry. Four diagrams, which were part of the entry, explain the building’s basic concept. ”The wave wall” Opera and ballet are young art forms in Norway. These art forms evolve in an international setting. The Bjørvika peninsula is part of a harbour city, which is historically the meeting point with the rest of the world. The dividing line between the ground ’here’ and the water ‘there’ is both a real and a symbolic threshold. This threshold is realised as a large wall on the line of the meeting between land and sea, Norway and the world, art and everyday life. This is the threshold where the public meet the art. ”The Factory” A detailed brief was developed as a basis for the competition. Snøhetta proposed that the production facilities of the opera house should be realised as a self-contained, rationally planned ‘factory’. This factory should be both functional and flexible during the planning phase as well as in later use. This flexibility has proved to be very important during the planning phase: a number of rooms and room groups have been adjusted in collaboration with the end user. These changes have improved the buildings functionality without affecting the architecture. ”The Carpet” The competition brief stated that the opera house should be of high architectural quality and should be monumental in its expression. One idea stood out as a legitimation of this monumentality: the concept of togetherness, joint ownership, easy and open access for all. To achieve a monumentality based on these notions we wished to make the opera accessible in the widest possible sense, by laying out a ‘carpet’ of horizontal and sloping surfaces on top of the building. This carpet has been given an articulated form, related to the cityscape. Monumentality is achieved through horizontal extension and not verticality. The conceptual basis of the competition, and the final building, is a combination of these three elements – The wave wall, the factory and the carpet. Urban situation The opera house is the first element in the planned transformation of this area of the city. In 2010 the heavy traffic besides the building will be moved into a tunnel under the fjord. Due to its size and aesthetic expression, the opera house will stand apart from other buildings in the area. The marble clad roofs cape forms a large public space in the landscape of the city and the fjord. The public face of the opera house faces west and north – while at the same time, the building’s profile is clear from a great distance from the fjord to the south. Viewed from the Akershus castle and from the grid city the building creates a relationship between the fjord and the Ekerberg hill to the east. Seen from the central station and Chr. Fredriks sq., the opera catches the attention with a falling which frames the eastern edge of the view of the fjord and its islands. The building connects city and fjord, urbanity and landscape. To the East, the ‘factory’ is articulated and varied. One can see the activities within the building: Ballet rehearsal rooms at the upper levels, workshops at street level. The future connection to a living and animated new part of town will give a greater sense of urbanity.

Richard Serra - "The Matter of Time"