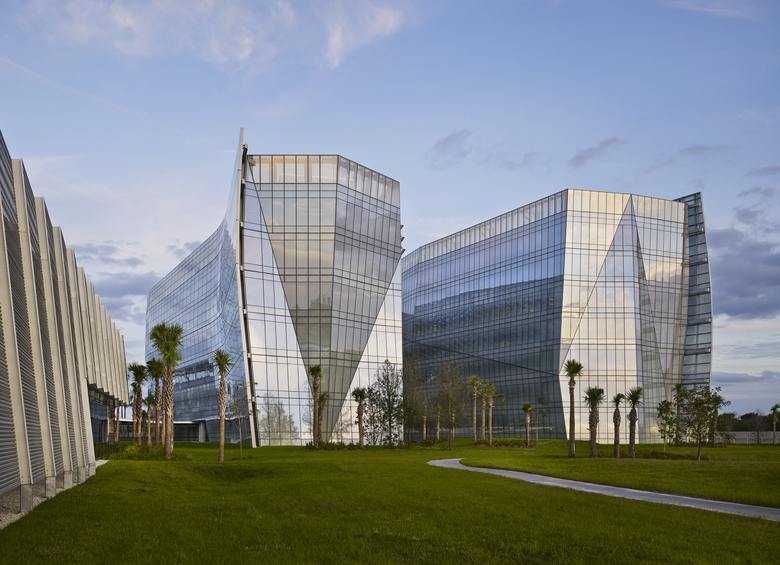 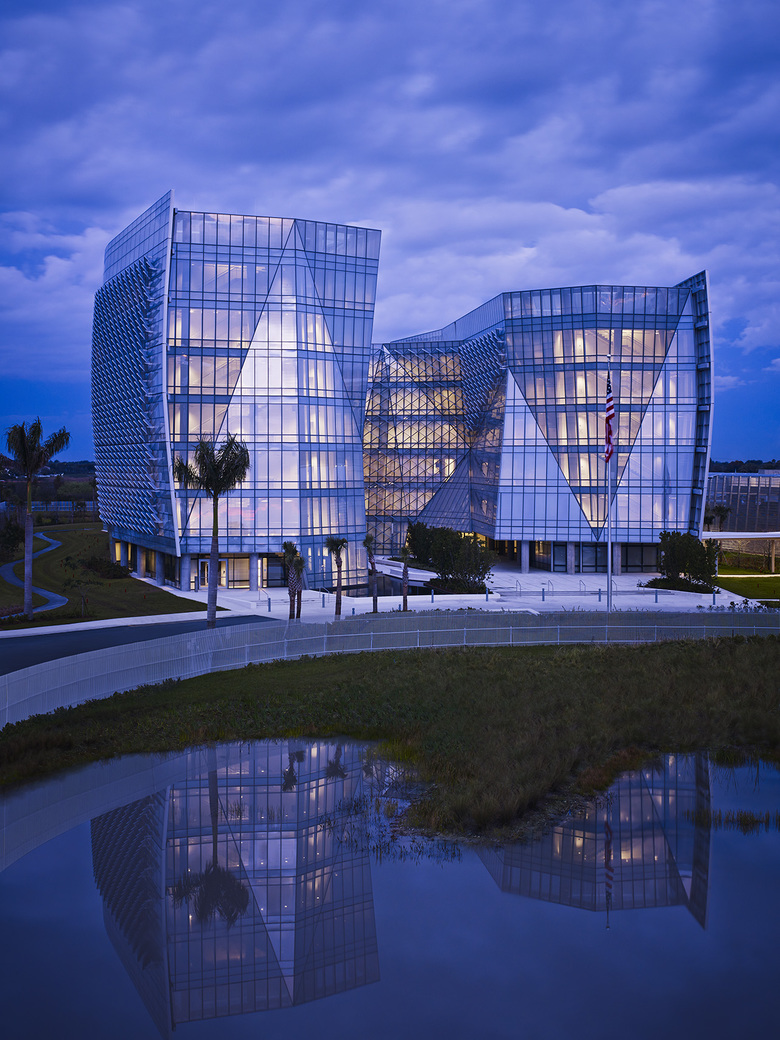 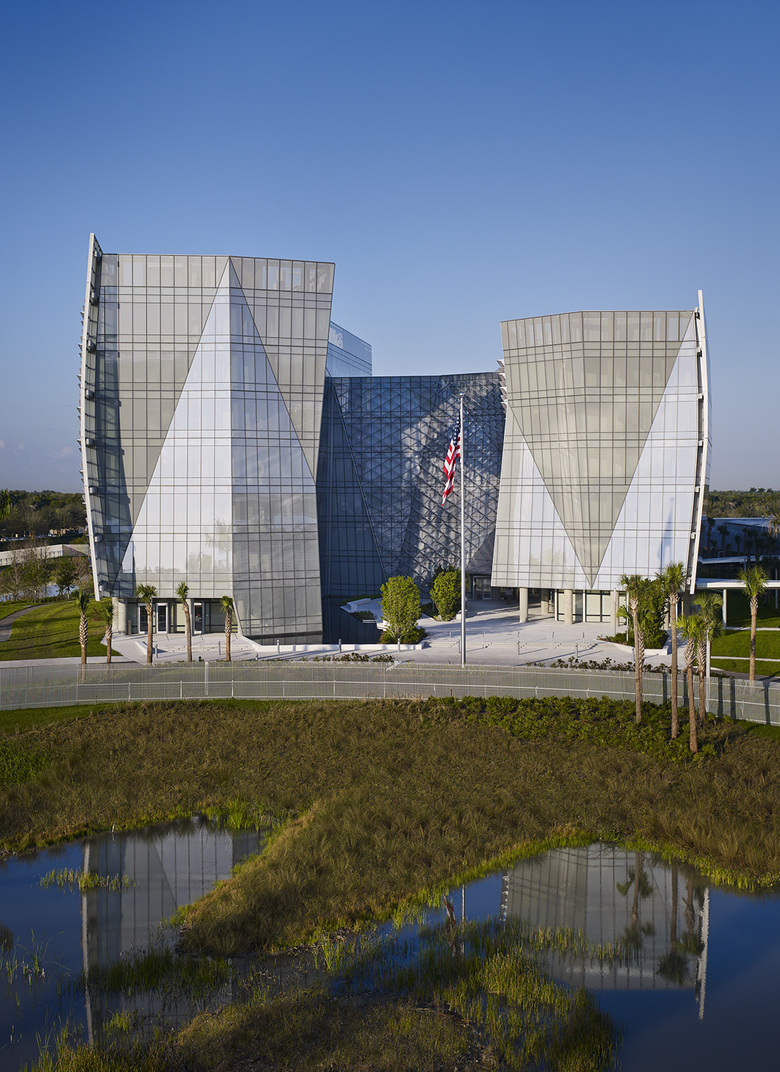 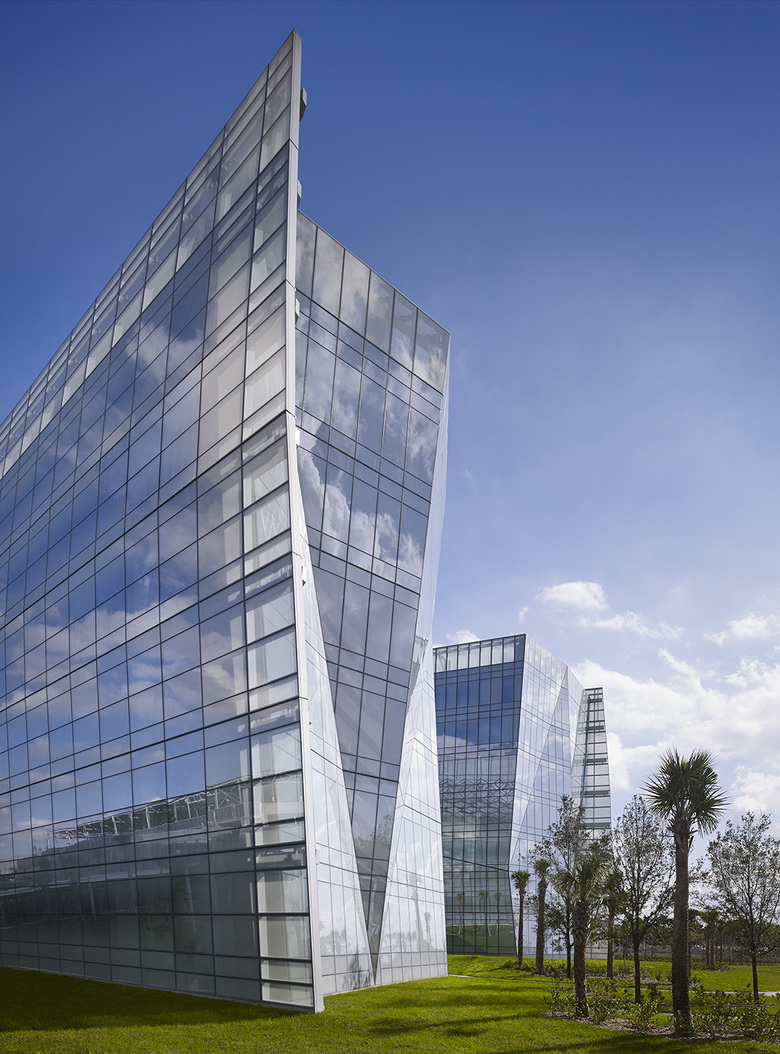 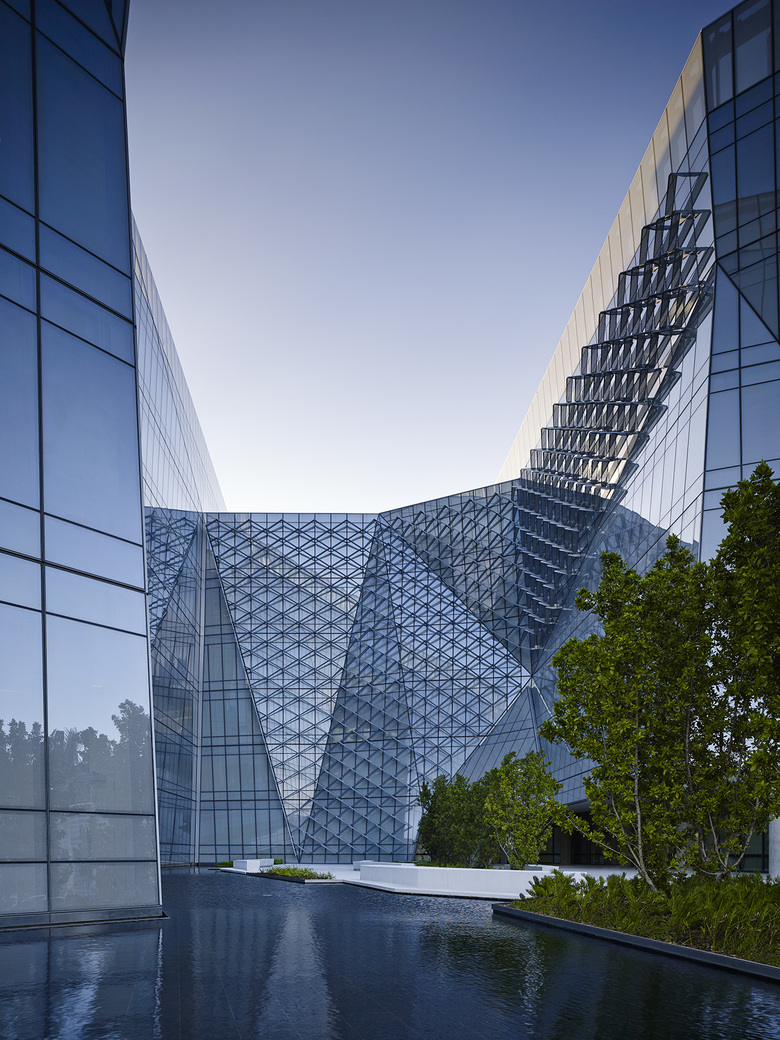 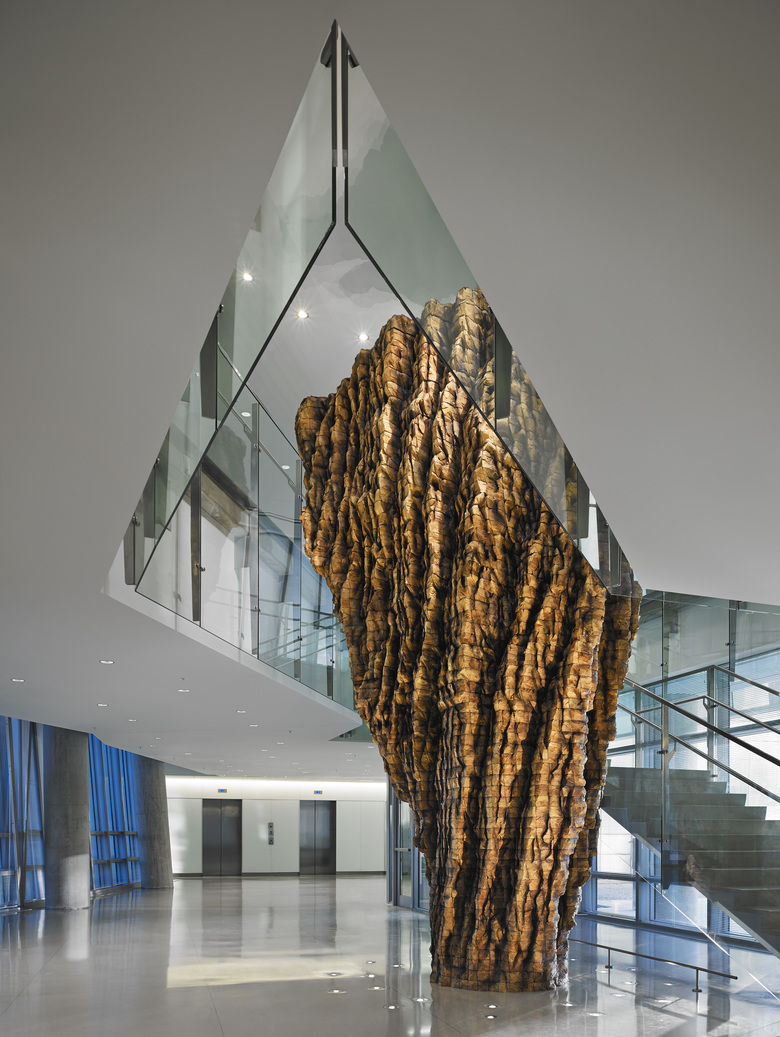 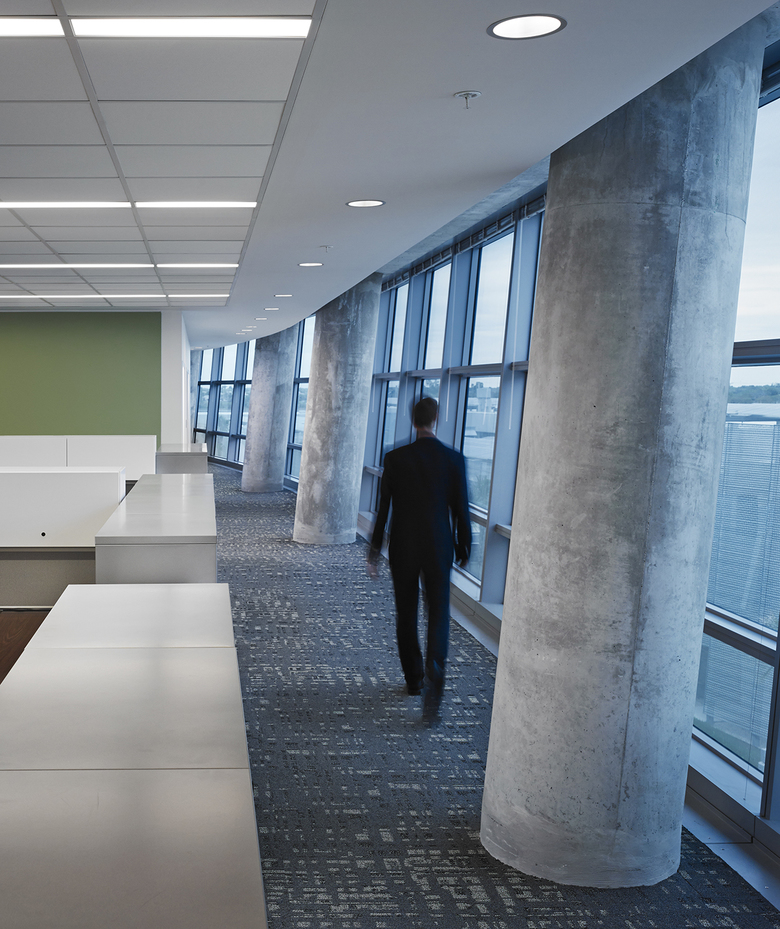 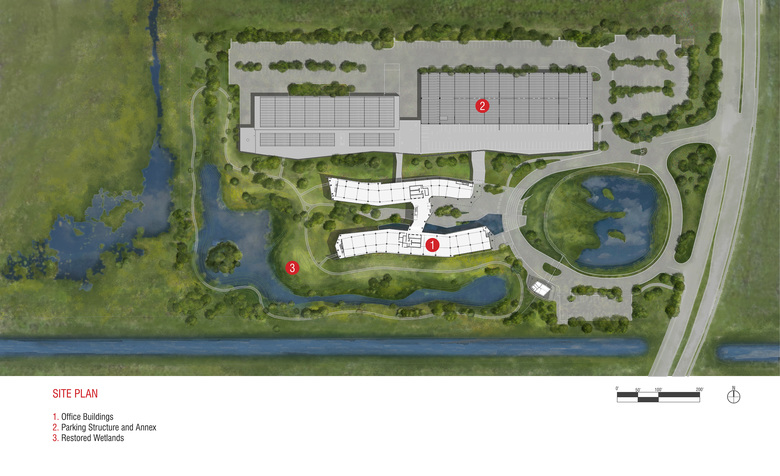 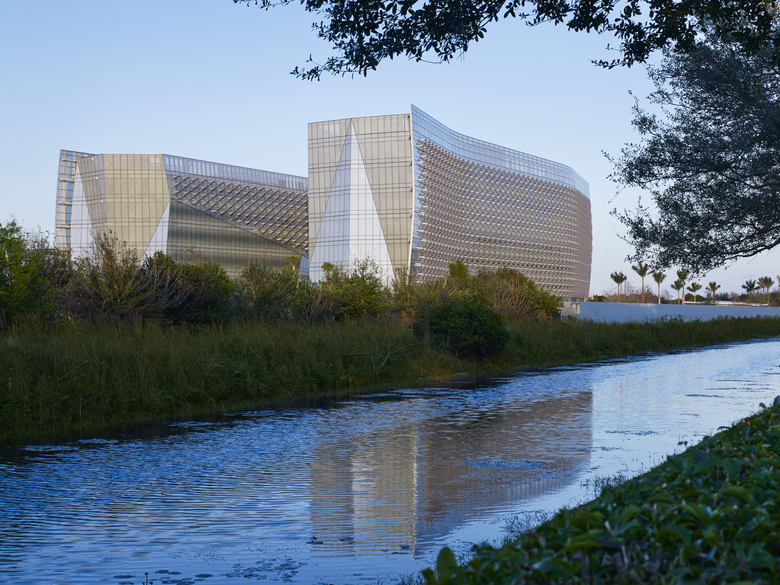 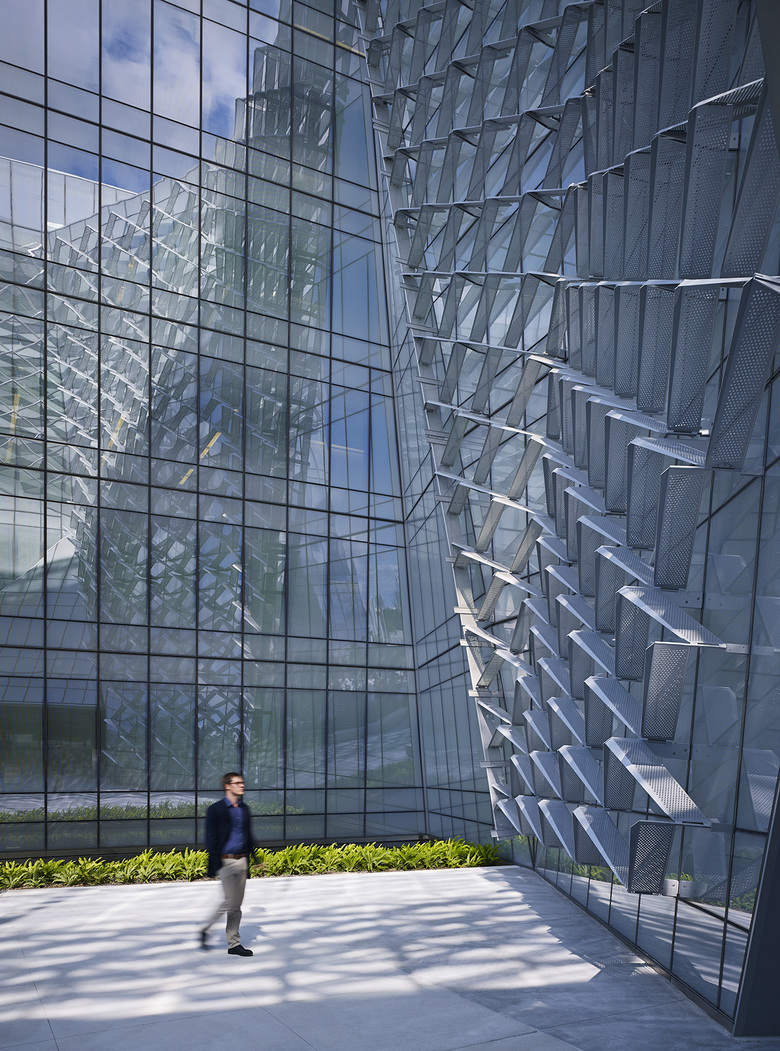 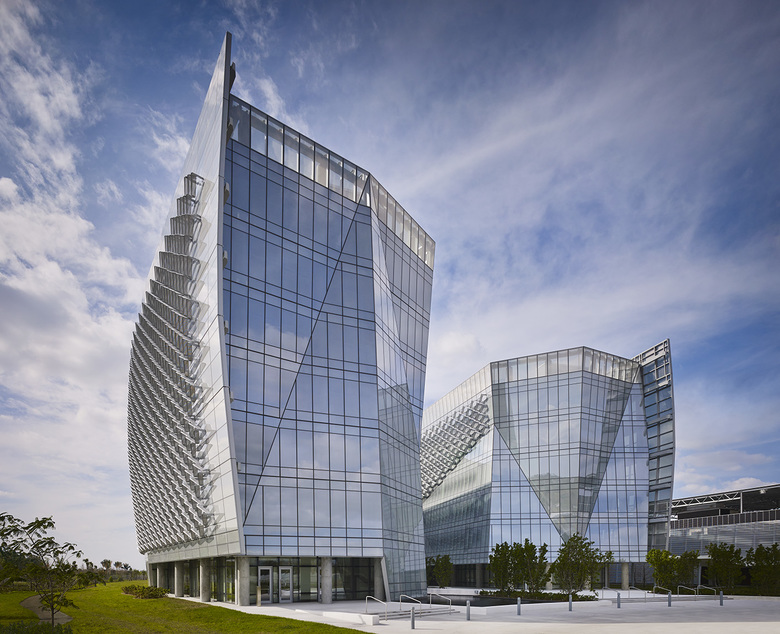 Krueck + Sexton Architects have completed a 375,000 square foot, highly sustainable Federal Office Building located at 2030 S.W. 145th Avenue in Miramar, FL. Developed under the GSA Design Excellence Program and occupied by the FBI, the campus buildings are oriented and shaped in response to the local climate, natural environment, and agency needs. As a result, the office building maximizes daylight and views while minimizing energy consumption, and provides a superior workplace for federal agents. Restored natural wetlands of the Florida Everglades make up the majority of the 20-acre site, connecting the campus to its native community while visually integrating high-performance perimeter security features.

“Designing the Federal Office Building was a unique opportunity to articulate, in physical form, the values and aspirations of our democracy under GSA’s Design Excellence Program” said Mark Sexton, Founding Principal of Krueck + Sexton Architects. “This building expresses the dignity, enterprise, vigor, and stability of the United States government, while the landscape connects to the native environment by restoring wetlands and vegetation typical of the Everglades.”

The H-shaped office building represents a workplace paradigm that focuses on increased worker effectiveness that is achieved through maximum daylight access and views to the exterior. Two 60-foot wide, undulating multi-story buildings are connected by a link containing meeting spaces that partially enclose 2 central courtyards. The Eastern entry courtyard combines a reflecting pool and more formally composed landscape elements, while the Western courtyard is an extension of the informally designed, restored wetlands for use by employees only.

The all-glass building skin, which allows expansive views over the restored wetlands, consists of insulated window units, which are designed to withstand blast and hurricane impacts. Various glass coatings in combination with exterior perforated metal sunscreens are fine-tuned to maximize interior illumination while controlling excessive perimeter glare and significantly reducing solar gains. Both the office building and its site offer a user and visitor experience unlike any other federal facility.

As part of the GSA Art-in-Architecture program, a 23-foot tall cedar sculpture by German-born, Brooklyn-based Ursula von Rydingsvard will be placed in the entry lobby atrium. Ascending the lobby staircase, one will be very close to the body of the sculpture, stimulating a physical and sensory experience.

Photovoltaic rooftop systems on the campus parking garage and annex provide nearly 20% of the facilities’ energy use, and the office building is set to achieve a LEED Platinum Core & Shell certification. The campus was designed in anticipation of additional, near-term sustainability improvements that will allow achievement of a net-zero energy goal by 2030.  The $194 million project was designed in seven months, constructed in 30 months, and delivered on budget under a two-phase bridging-design-build delivery method. The phase two Design-Build contractor was Hensel Phelps with Architect of Record Gensler.