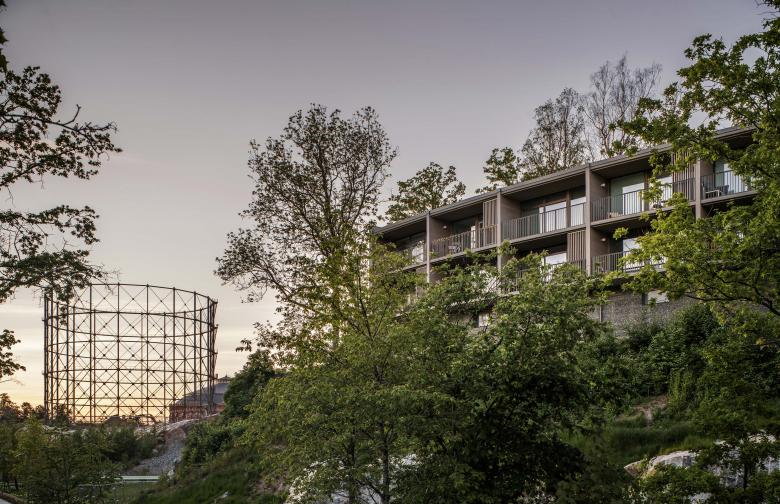 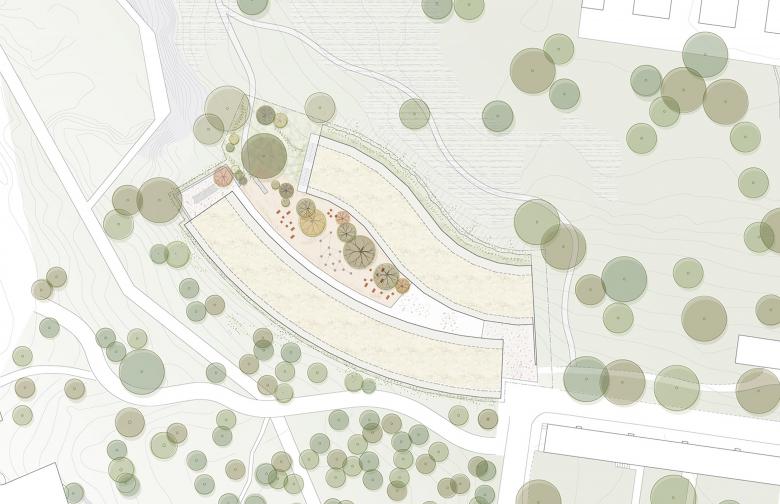 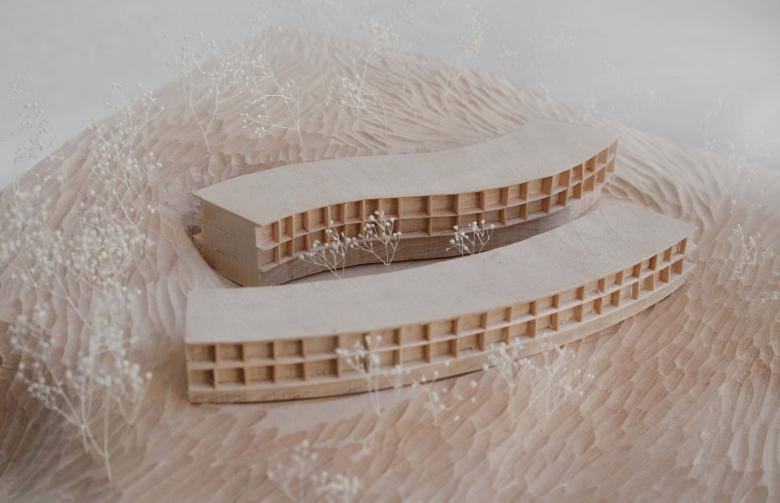 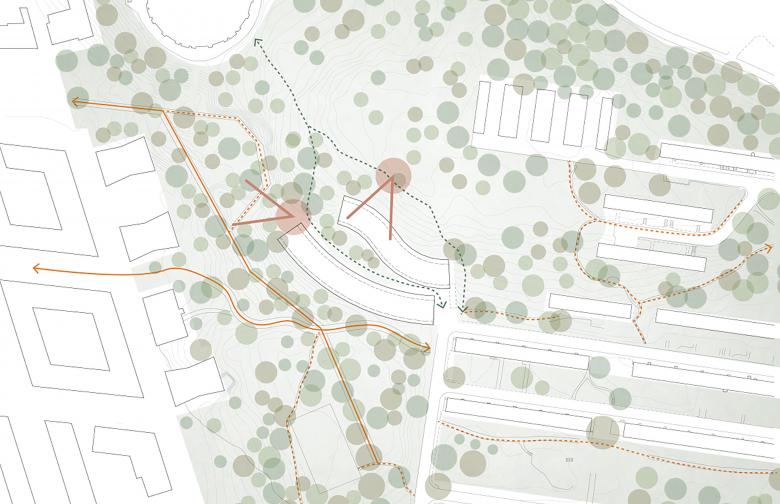 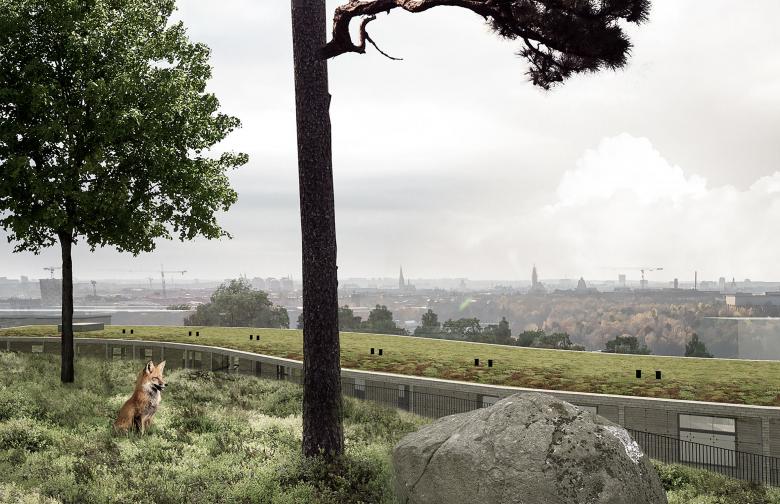 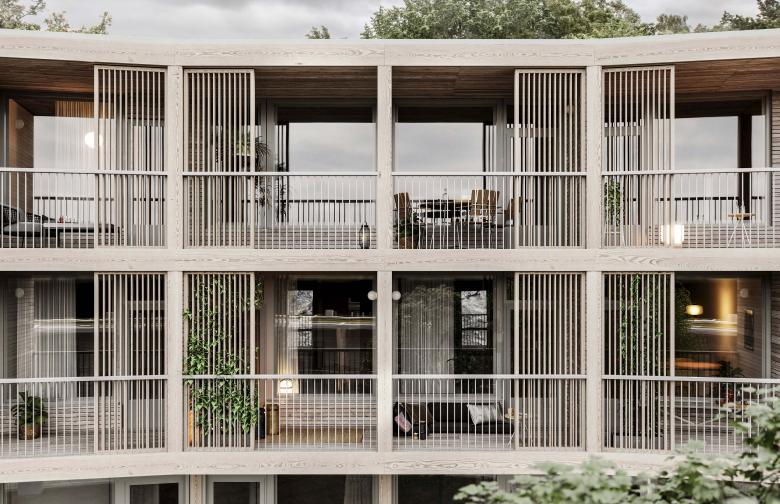 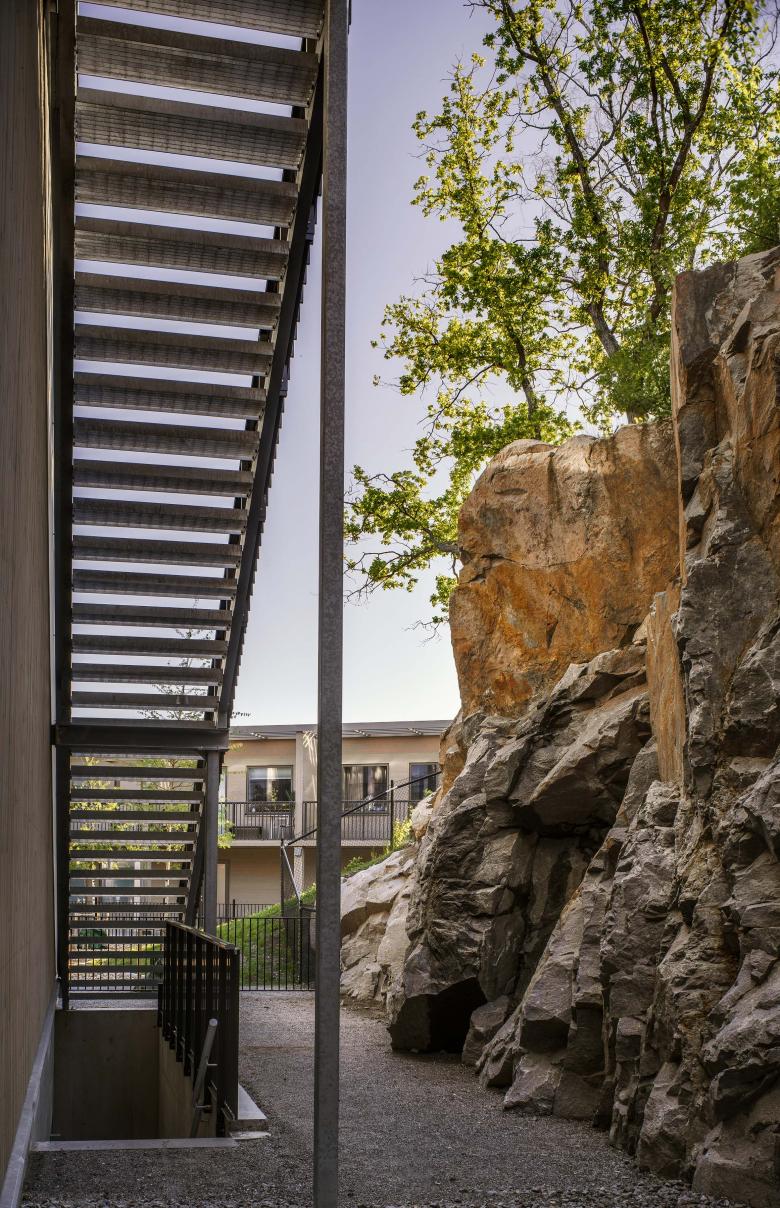 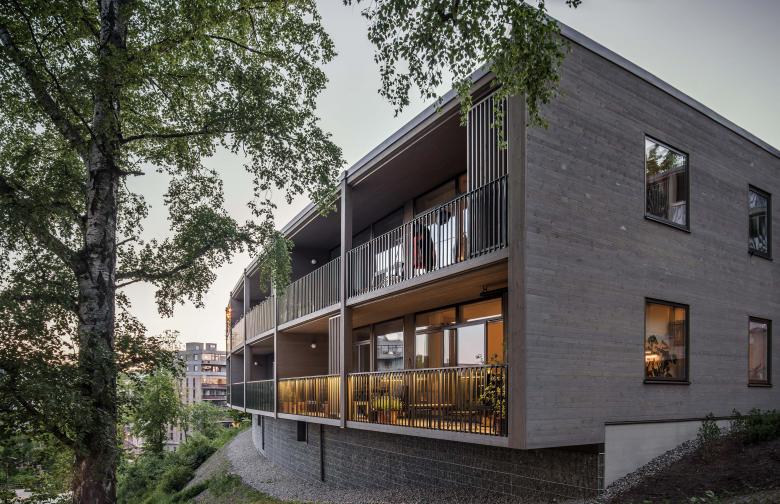 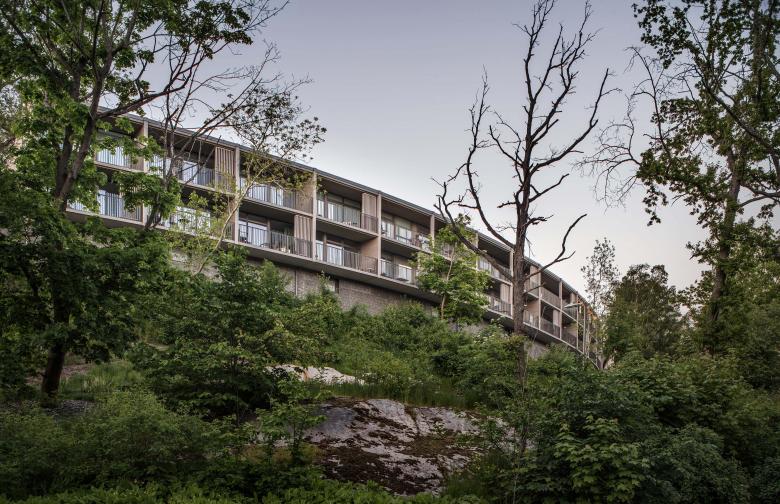 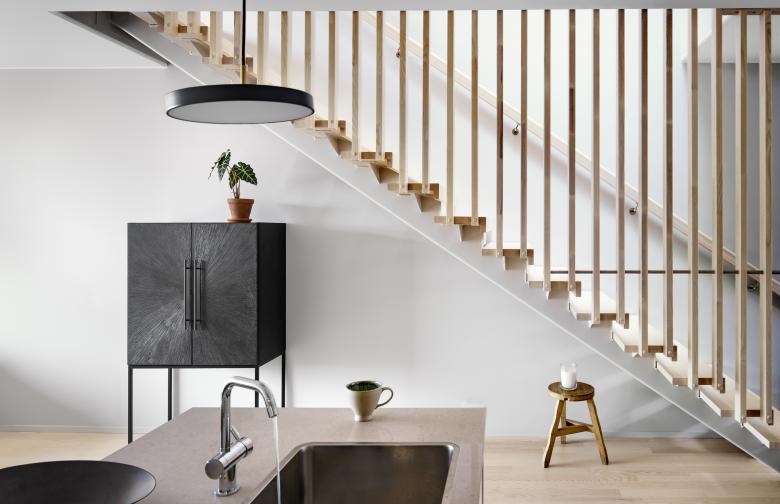 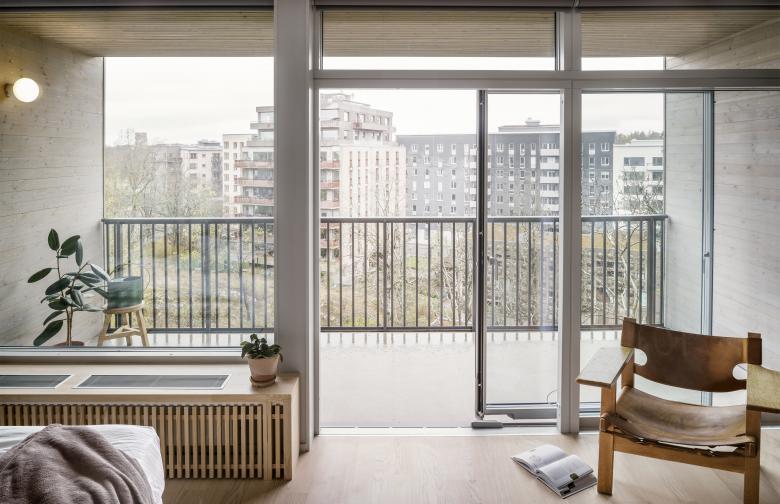 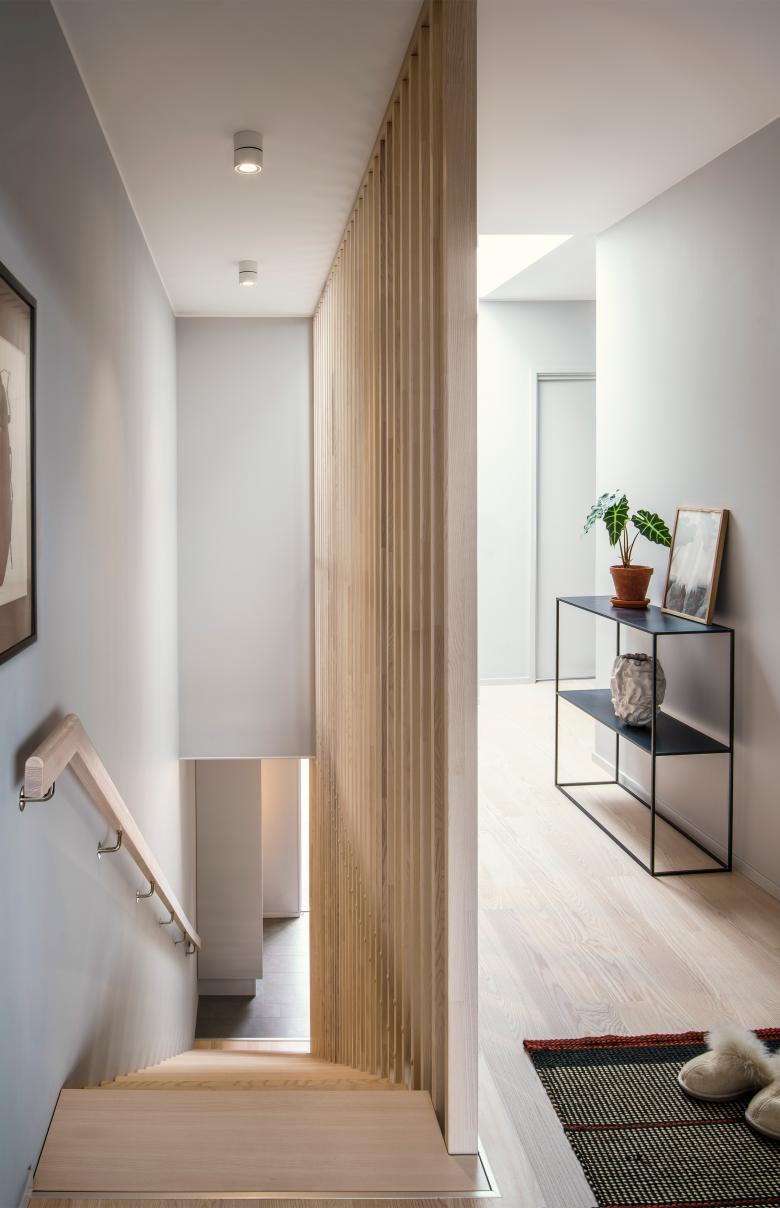 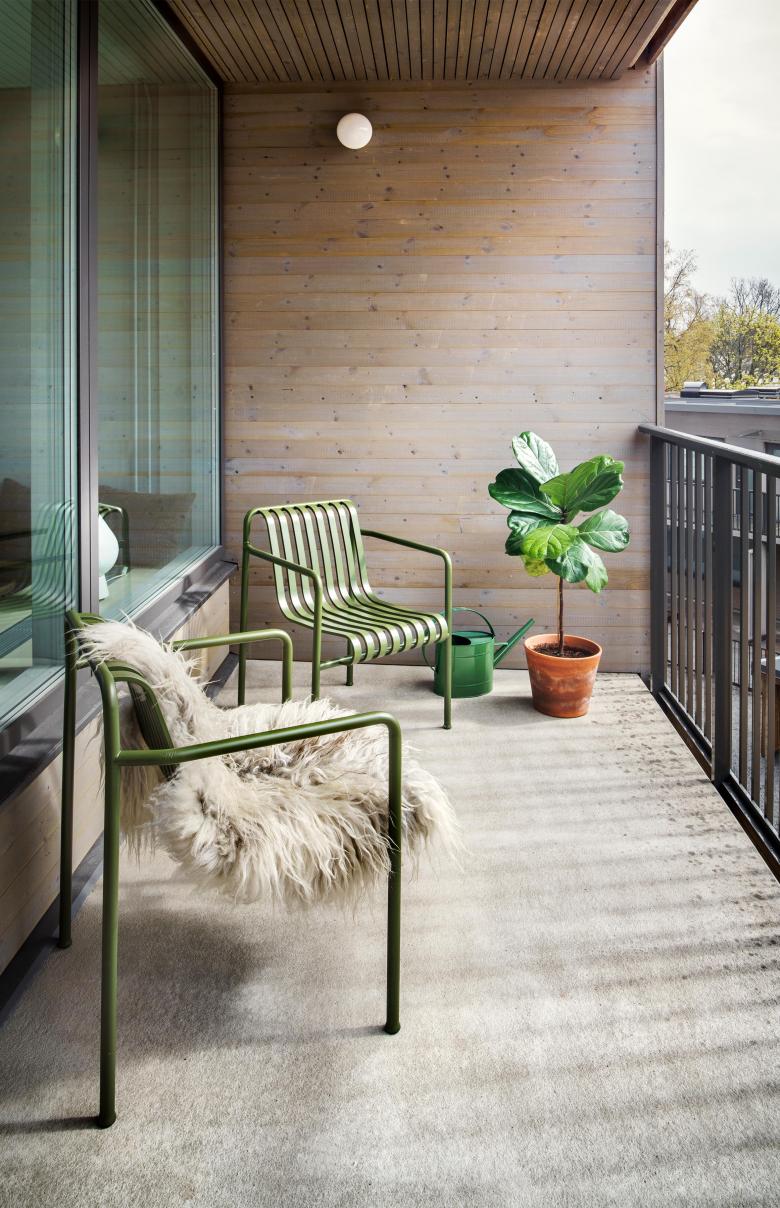 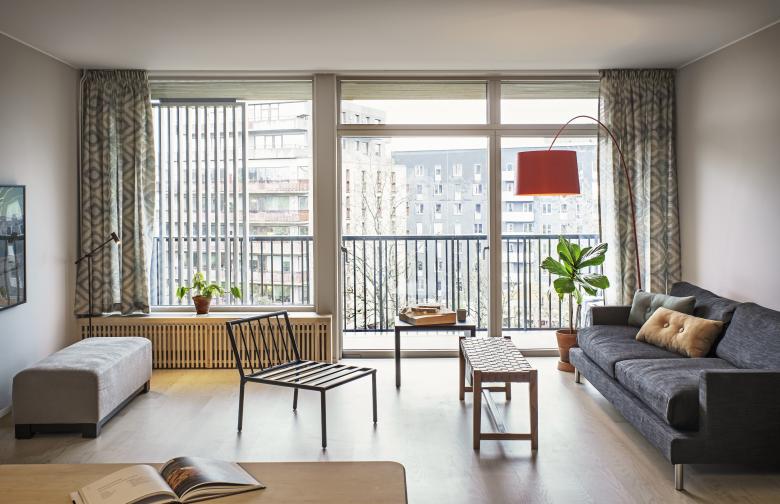 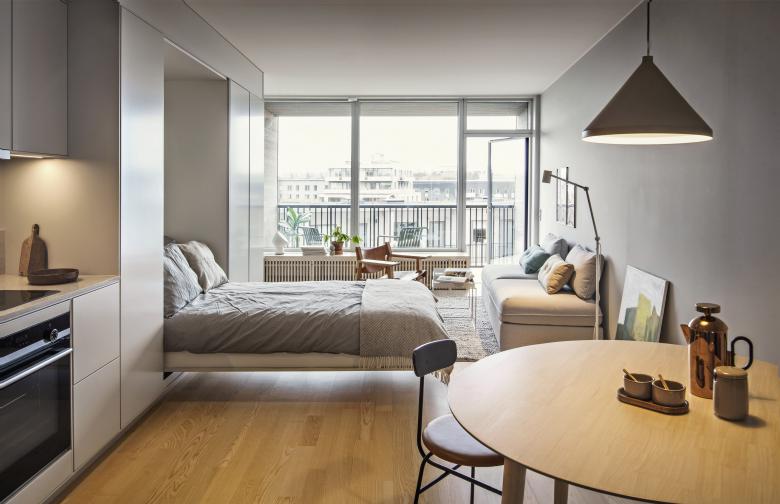 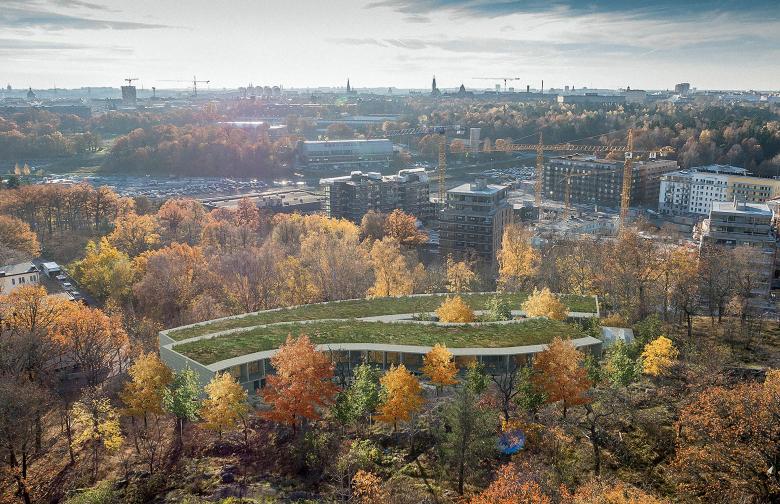 Bergsvåg is designed around a vision of creating small-scale public spaces inserted in harmony with nature, where the building volumes strengthen the existing topography and the park structure and create informal connections and paths. The project comprises two new curved buildings with housing, an open playground and a pre-school with four departments.

Topography and nature as the basis
The site is a ledge in the landscape, a hill with large grown trees, formerly the Abessinien quarry, where the proposed buildings follow the steep topography along the mountain. The stepping cross section of the volumes creates a continuous movement where the spatial experience and views culminate into a crescendo in the form of a playground with a view towards the west over the cliff ridge. The housing units have vistas over a park with a humble character without acting intrusive.

Public informal passages that connect
The project connects the old functionalist buildings of Hjorthagen in the northwest with the rapidly developing Norra Djurgårdsstaden. In the middle, the two curved building volumes create a public passage and an undulating courtyard, which is intended to be used both by the preschool and the residents together. The block provides new informal connections to the adjacent routes and green spaces – the Hjorthagspark and the characteristic large scale gasometers up on the hill.