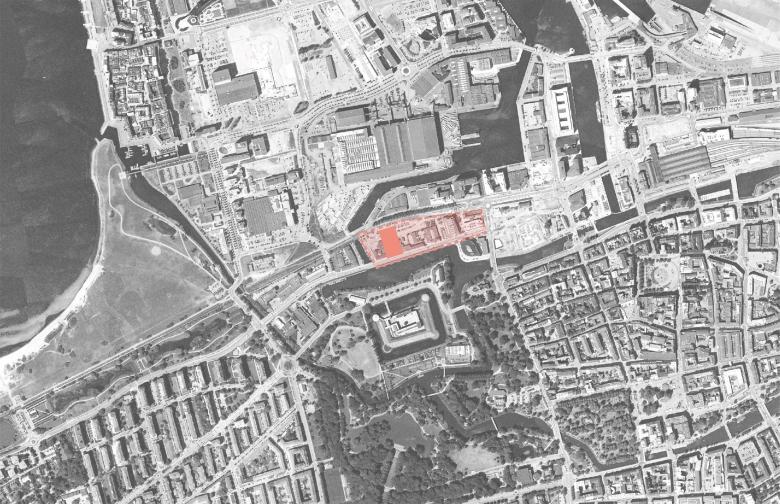 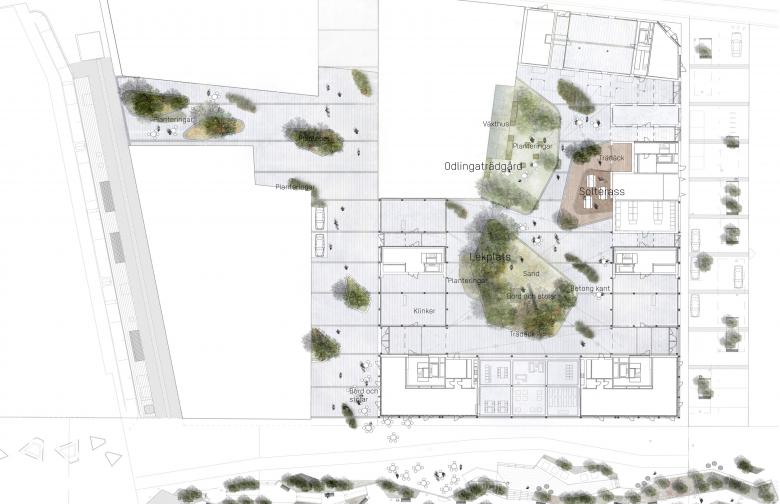 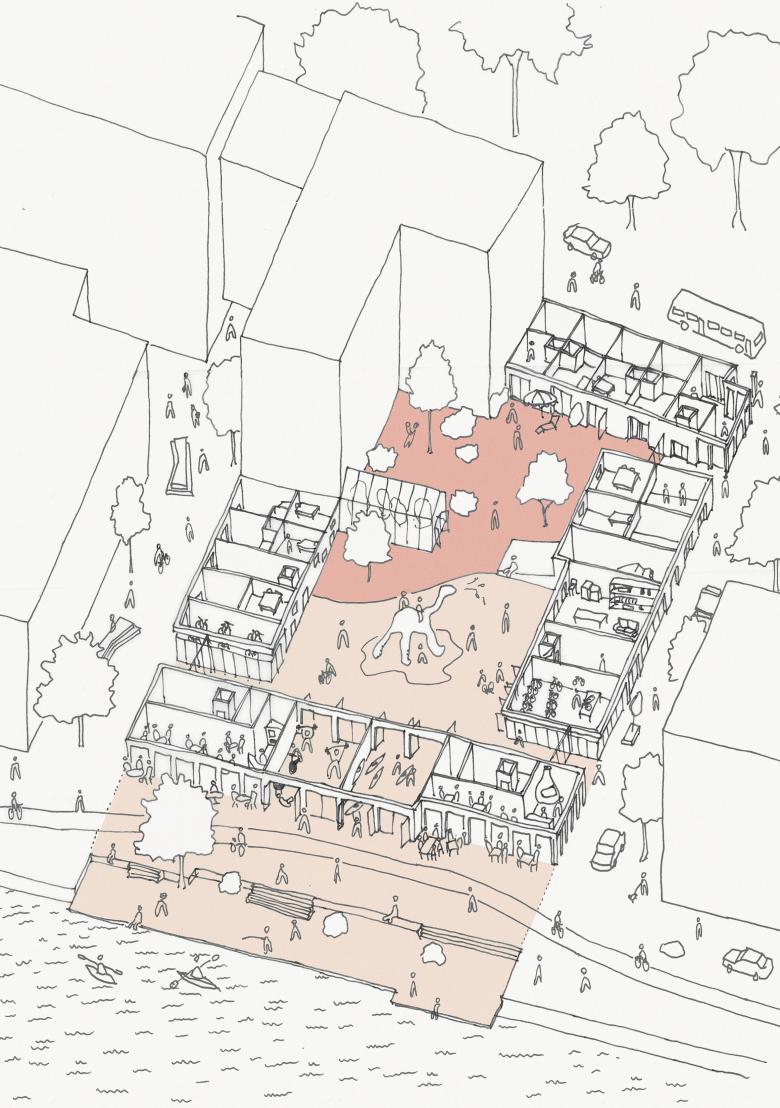 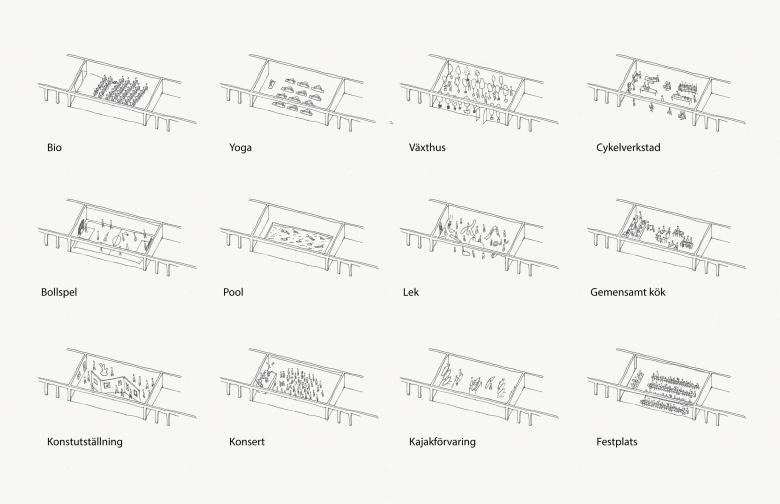 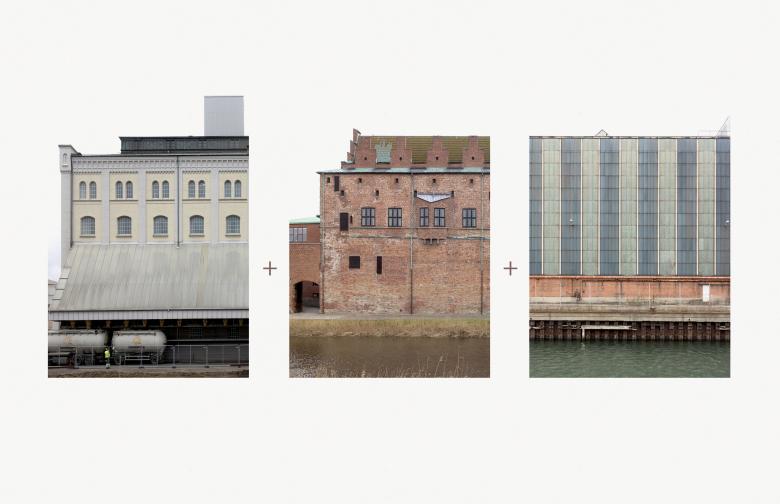 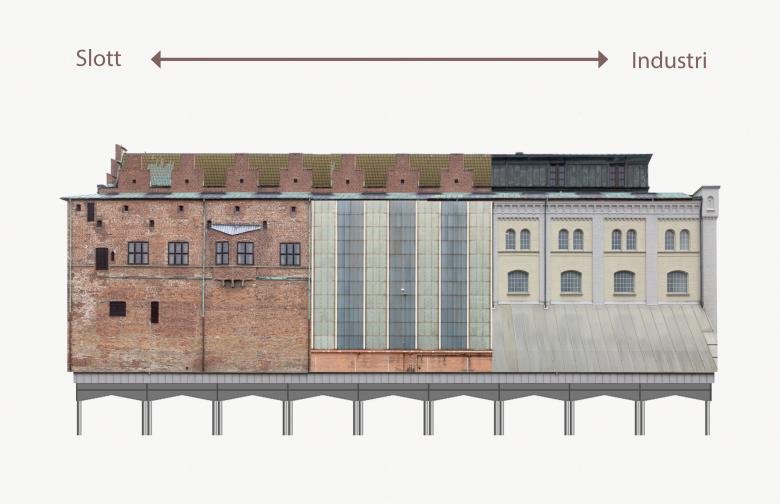 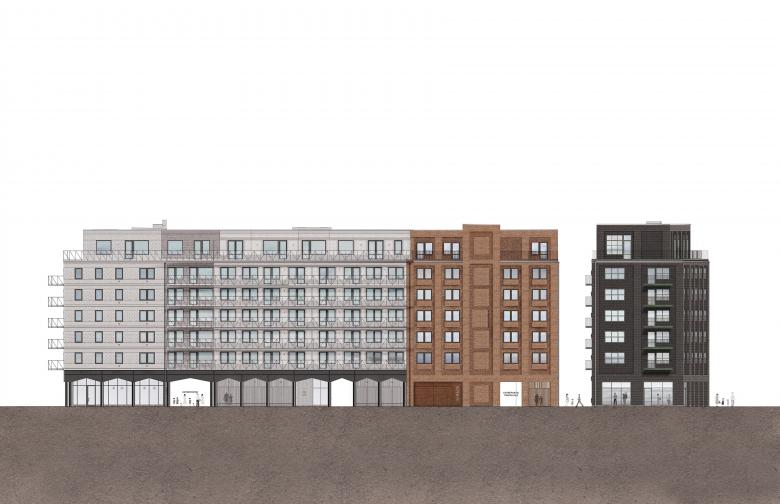 The Citadellskajen city block is centrally located in the heart of the historical part of Malmö, by the outer moat, overlooking Malmö Castle and Kungsparken. The site lies on one of the city’s newly revitalized routes, bordering an outlined urban boulevard, Neptunigatan, to the north and the recreational spaces of Citadellskajen along a waterfront promenade to the south. Kjellander Sjöberg has designed a scheme promoting an active urban life with recreational and social qualities, where the city can spread, and residents contribute to the daily life on street and quay.

The property is a part of a former industrial area located on a border between the inner city and the sea. By converting the harbour into a mixed city, Citadellskajen becomes an integrated part of Malmö. A block that almost becomes a small neighbourhood in itself; between parks, seashore, the classical late 19th century city and the new emerging neighbourhood. Citadellskajen meets a diversity that provides the conditions for a rich and contemporary urban life.

The south-facing waterfront promenade makes the block a destination, a stopover between the city centre and Malmö Central Station, concert hall and Ribersborgsstranden with its wide range of free time activities. Great potential for a good quality of life is generated along the quay through green areas, meeting places, commercial spaces and activities for all ages. Recreational activities, leisure, play and sport provisions can coexist with flea- and weekend markets arranged by the residents and local businesses.

The quay extends inside the block becoming a central feature both emotionally and physically through its materiality, paving and green structure. Conceptually, the southern part of the block stands exposed on the quay. The life on the waterfront can continue inside, under the building volumes, into the inner courtyard with a favourable microclimate, protected from rain and wind, in the sun or shade.

The core of the architectural concept is the idea of a neighbourhood, a social place where contacts and relationships between people are promoted, by means of scale, the size of various elements and their content, exploring how the local community can participate in the whole. Commercial spaces, restaurants and cafés with common areas for the residents on the ground floor complement each other well. A wide range of activities create and define a unique neighbourhood with a strong identity and a sense of belonging.

The southern part of the block meets the ground with columns that create larger open spaces located between staircases and commercial units. Such “anterooms”, or classical loggias, provide the inner courtyard with a water view.

The open loggias are designed as flexible spaces, suitable for various uses, ready to be filled with activities initiated by the residents. A new type of informal ground floor is thus introduced into the city – a meeting place that is neither fully commercial nor entirely residential – democratic, inviting and varied in its programming.

Citadellskajen is a melting pot of Malmö’s characteristic districts varying in their urban structure and functions. The adjacent buildings have widely different architectural expressions and origins yet constitute a fabric to relate to.

The new buildings gather and interpret impressions of their surroundings, initiating an architectural dialogue. The design is inspired by both the coarse materiality of the Citadel as well as the industrial buildings’ bold articulation.

The block comprises five buildings, distinct in their individual design but with a consequent materiality, creating a lively yet cohesive composition.

The project’s visual proximity to the 16th century Malmö Castle with its diverse dilapidated walls has inspired KS to use bricks with a contemporary interpretation. The brickwork has been supplemented with braided steel screens and steel pillars. The materiality and spatial organisation of Citadellskajen is intended to become a welcoming and open “castle on a beach”.