Sigurd Lewerentz (1885–1975) is one of architectural history’s most revered, and most mythologised architects. 'Sigurd Lewerentz: Architect of Death and Life' will be the first ever comprehensive exhibition of the life and work of the Swedish architect, drawing on ArkDes’ unique and complete collection of his drawings, personal archive and library. It is a once-in-a-lifetime opportunity to see the complete works of an architect who is perhaps even more influential today than he was in his own time.

It is Lewerentz’s late churches that have gripped the imagination of architects across the world, in particular the powerful, brick structures of St Mark’s in Björkhagen, Stockholm and St Peter’s in Klippan. These two profound works, completed in the 1950s and 60s, were famous in their time and remain spellbinding today. But the Lewerentz of these churches was an old man, and it was this lone, taciturn genius, with black overcoat and cigar in hand, that became the figure familiar to architectural history.

Four years of new research by ArkDes curator Johan Örn reveals a completely new picture of Lewerentz, moving away from the cliché of the uncompromising, lone maestro, and painting a picture of an artist constantly in tune with and adapting to his time, always collaborating and with a restless curiosity about the modern metropolis and its possibilities.

ArkDes will produce a landmark new book in connection with the exhibition, which will be the first ever published with full access to Lewerentz’s archive. Designed by award-winning graphic designer Malmsten Hellberg, it will contain 700 pages of drawings, photographs and models, plus excerpts from Lewerentz’s personal archive and library. 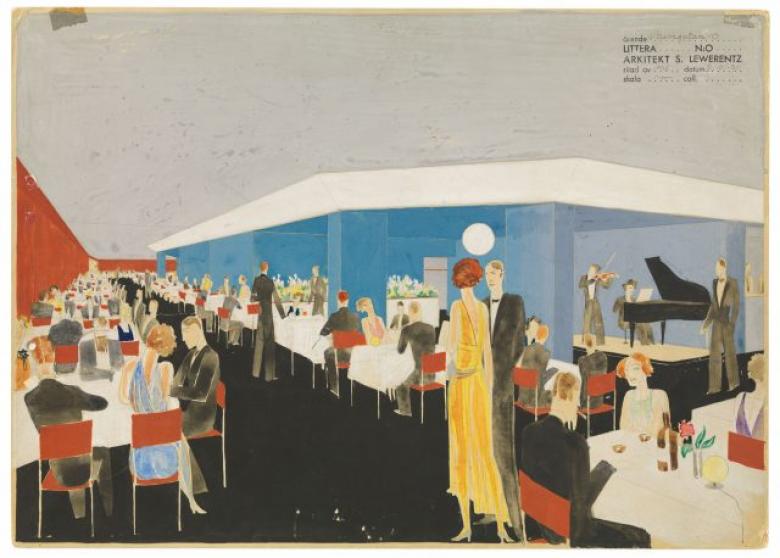