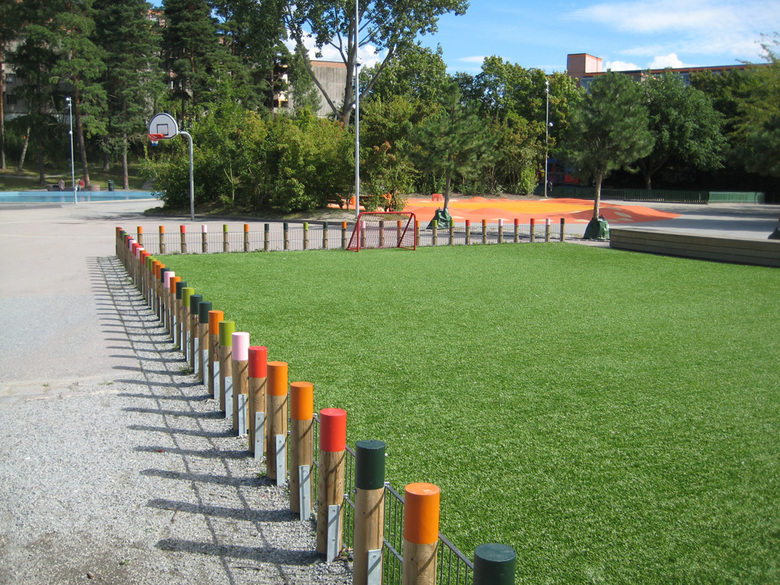 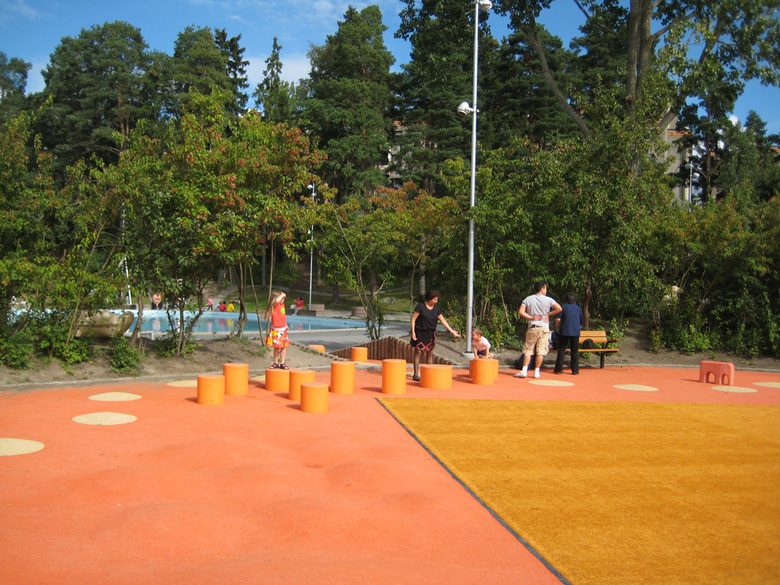 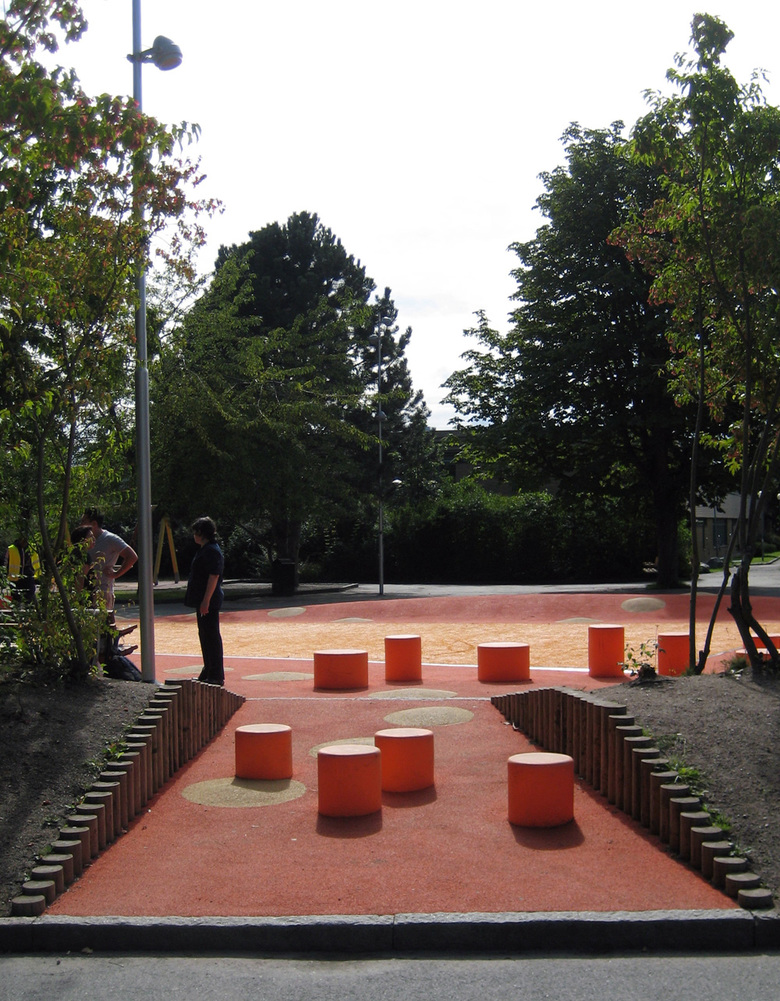 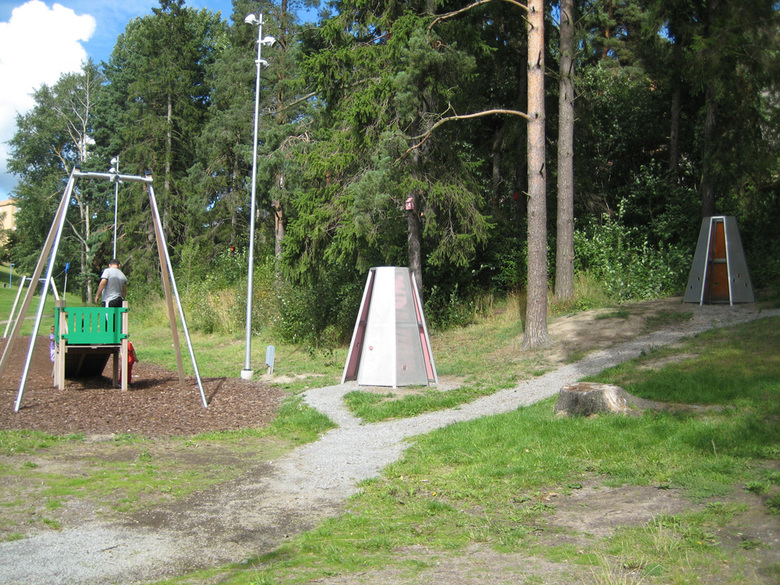 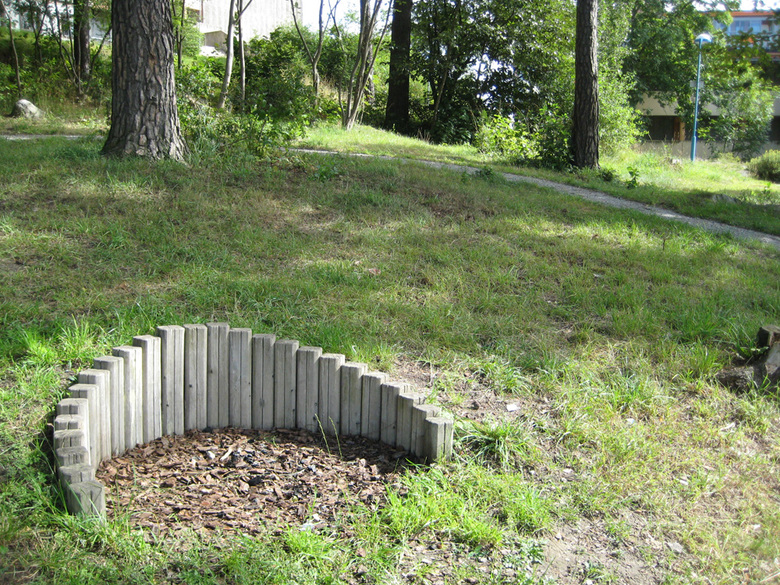 Renovation of the playground in Akalla

The commission consisted of the relatively cheap renovation of certain parts of a playground at Rinkeby. We first drew up an overall proposal and made simplifications to the plans in collaboration with the client. The principal additions requested were for an all-round sports field, an aerial ropeway, a section for small children to play in, the development of a wooded slope and an improved area for outdoor grilling. The plan allowed for the creation of exciting elements to improve the playful qualities of the park. Efforts were also made to relate the renovation to the somewhat straggling playground that had been there since the sixties. Important considerations were security and the risk of vandalism. Where possible we reused material from the site but in new guise.

To entice children to make use of the wooded slope we laid out a winding path with hiding places - steel cones that glow in the dark – and colourful bird nesting boxes. The area for the smallest children was improved by the laying of new paths linking to the rest of the playground, and the site was revised to form an exciting orange landscape inviting ball and balancing games. The sports field was enclosed by a colourful fence to create new spaces within the park. A large and dramatic bench with intriguing illumination became a place for meetings and play, for both young and old.

The project has been conducted by commission from SWECO Architects.