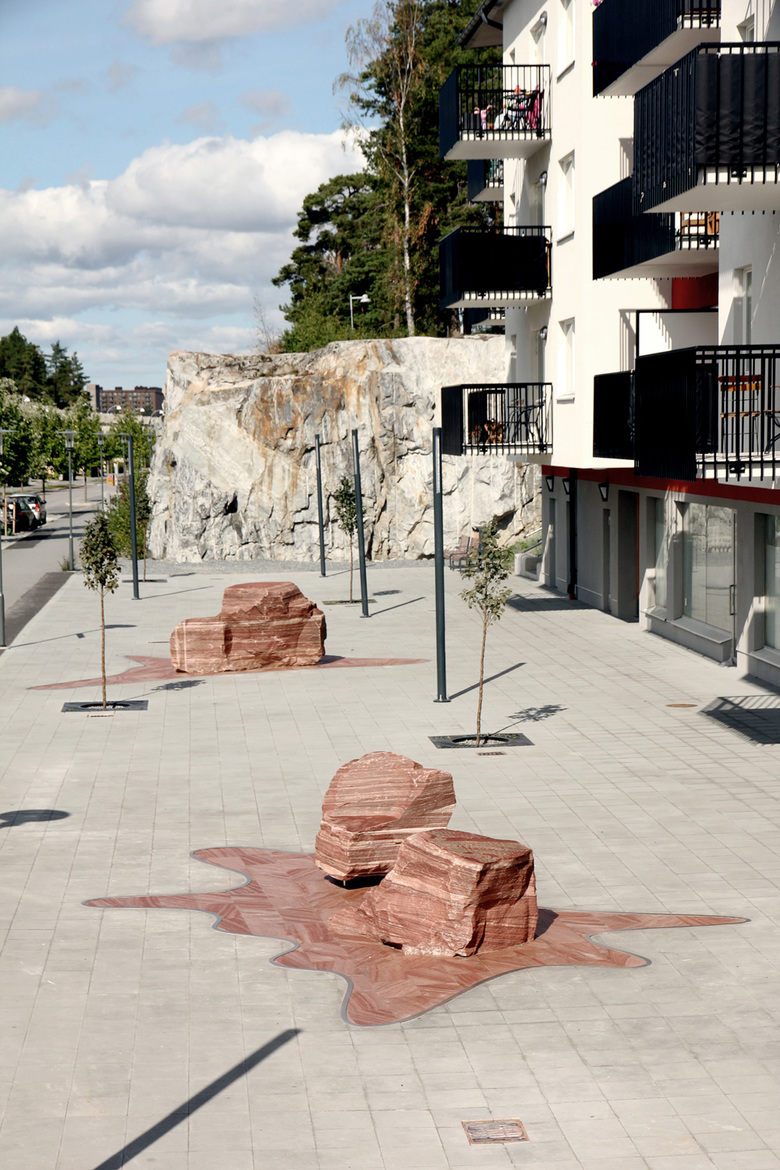 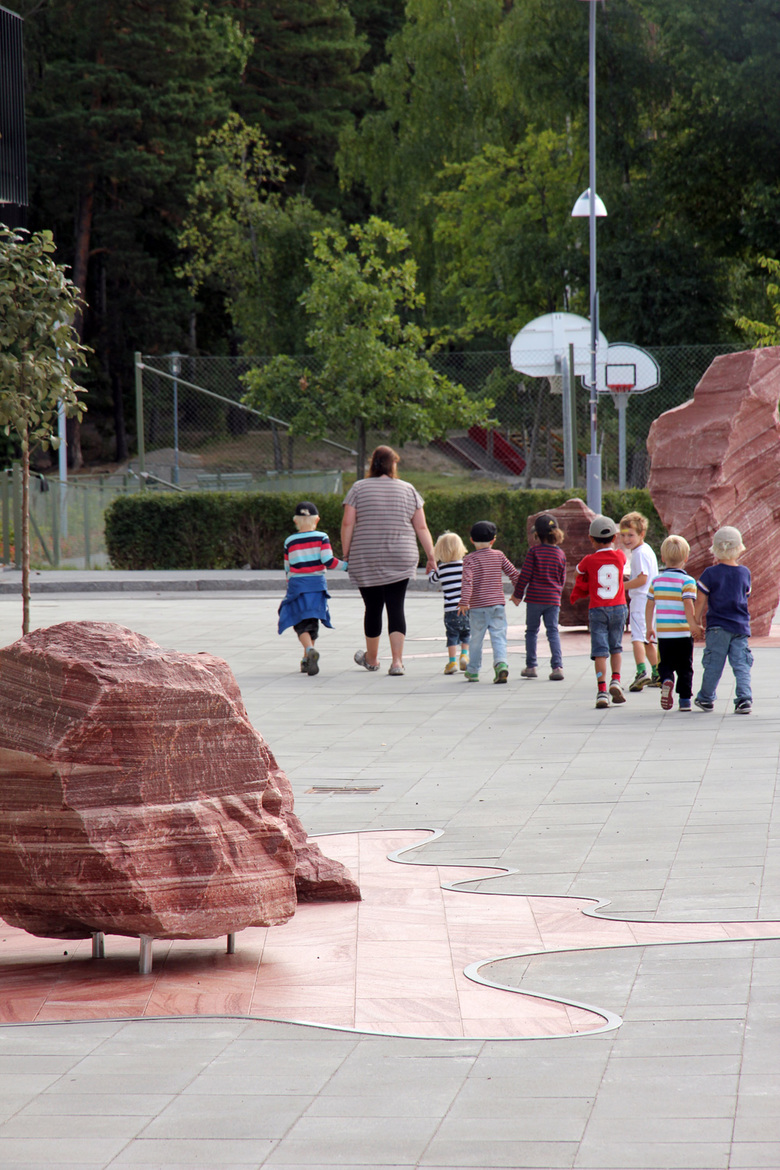 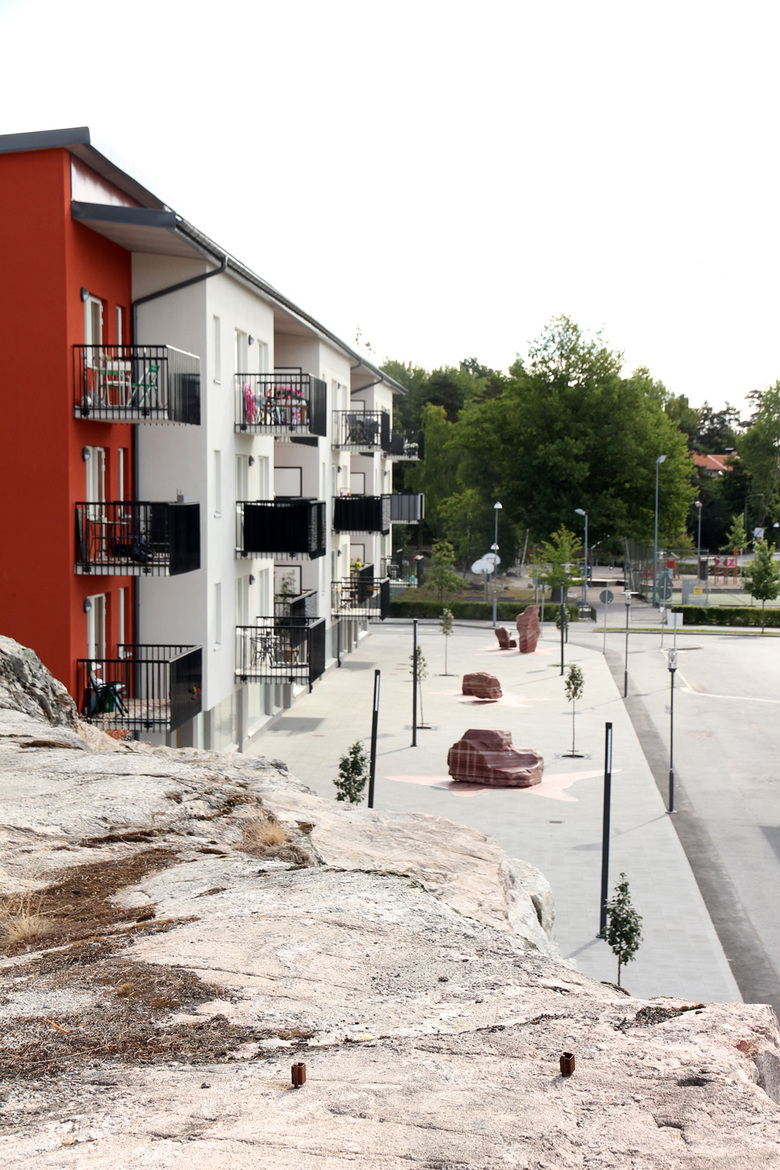 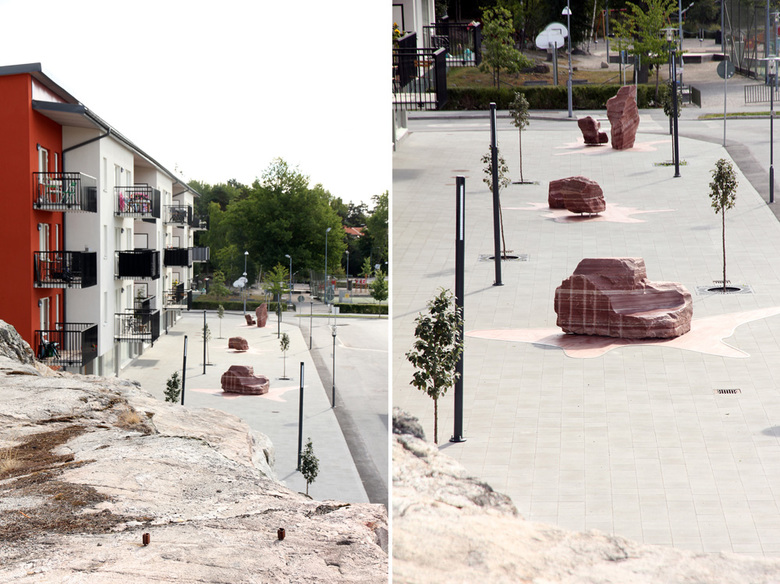 Projecting and creation of the urban space Ursvikshöjdens torg, Sundbyberg

In the new urban district of Ursvik in northern Sundbyberg a small square has been created along with a café and restaurant.

The planning of the square is minimalist: a concrete flooring with five trees sited irregularly on the square. We have collaborated with two artists, with the artwork inspired by the rocky cliff face at the square’s western end. Drop Rocks consists of three groups of stones which have been added to the square and which take it over. In symbiosis with the square’s simple flooring attention is drawn to the stones as if they were presented on a silver tray, their shapes becoming living and close to plastic.