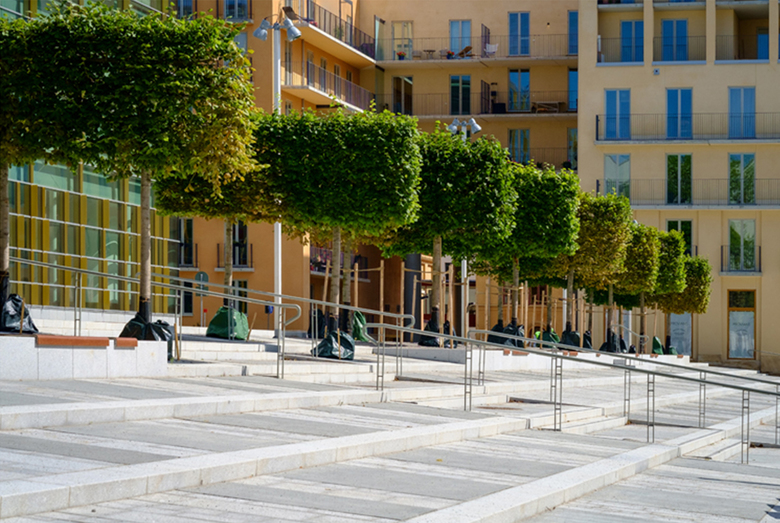 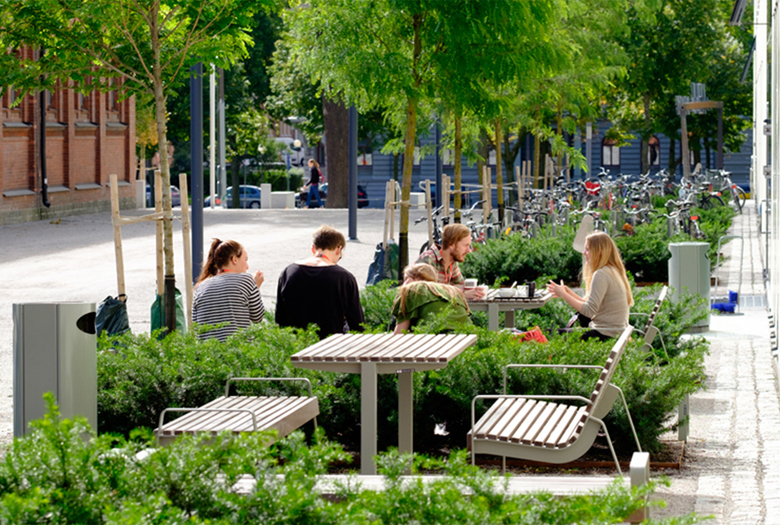 From the riding school to the concert hall

The Royal College of Music is a new landmark in Stockholm, with its iconic location next to the Stockholm Stadium. The new music school is located on the land which previously belonged to Swartling's riding stable. The cultural-historical environment is protected by statute and has been blended into the design of the new campus. The old stable has become the core of the conglomerate of buildings and turns into a sheltered courtyard that shields from the noise of the City.

The old stable buildings have been transformed into an organ room and an administration building. Facing Valhalla Road, an entrance hall has been created to resolves the level difference between the entrance and the street, by means of a stairway with the same hard landscape as the area as a whole.

The square shaped lime trees border the main building, the concert hall, with the trees emphasizing the urban character of the site. The public space provides the students with an attractive outdoor environment while allowing local residents to move freely within the area.