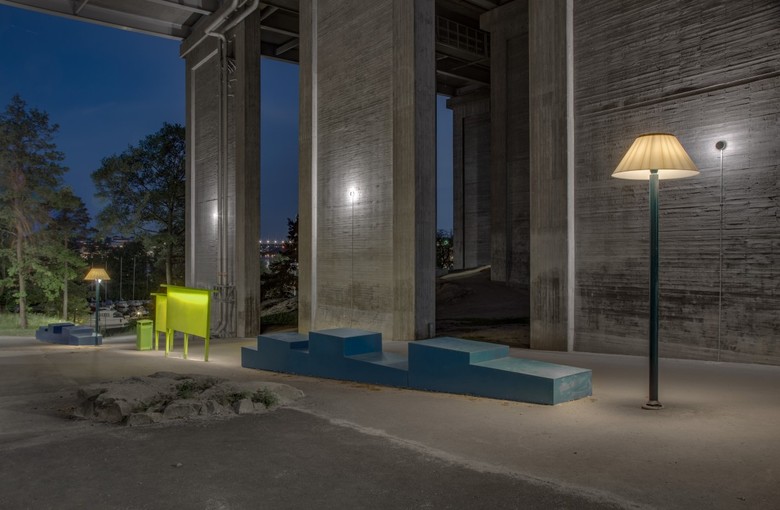 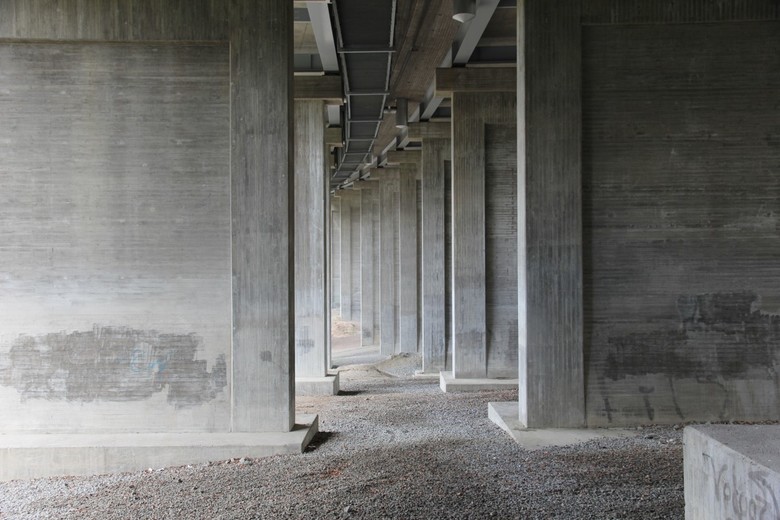 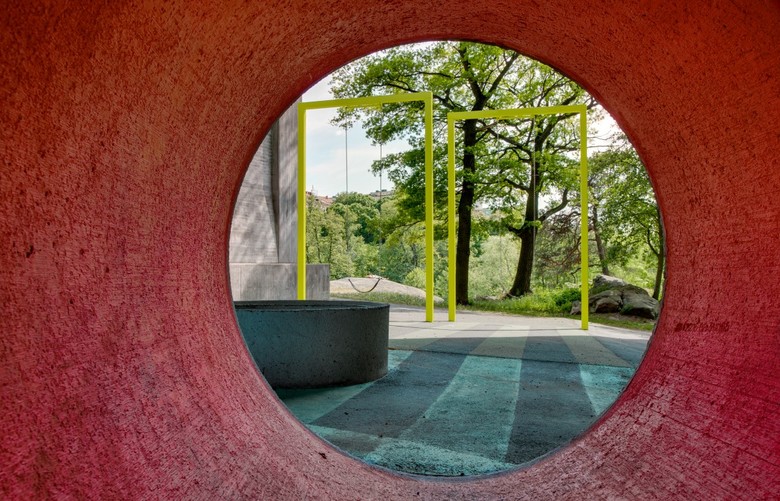 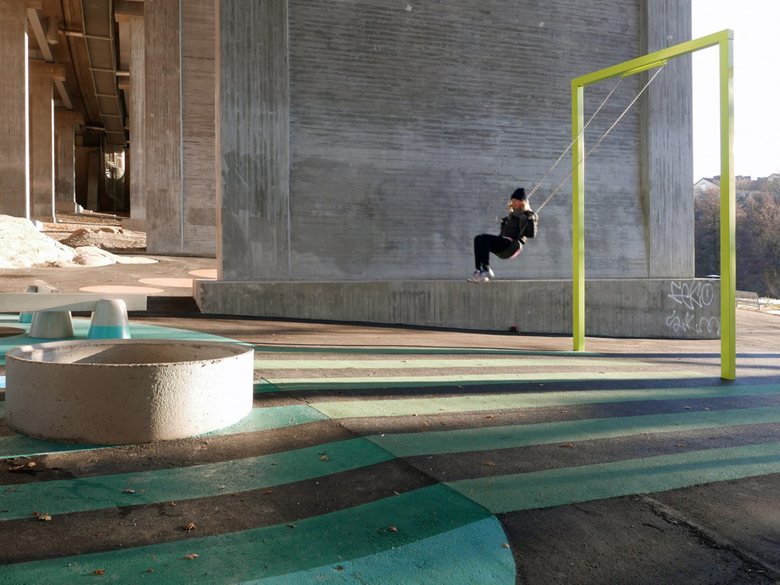 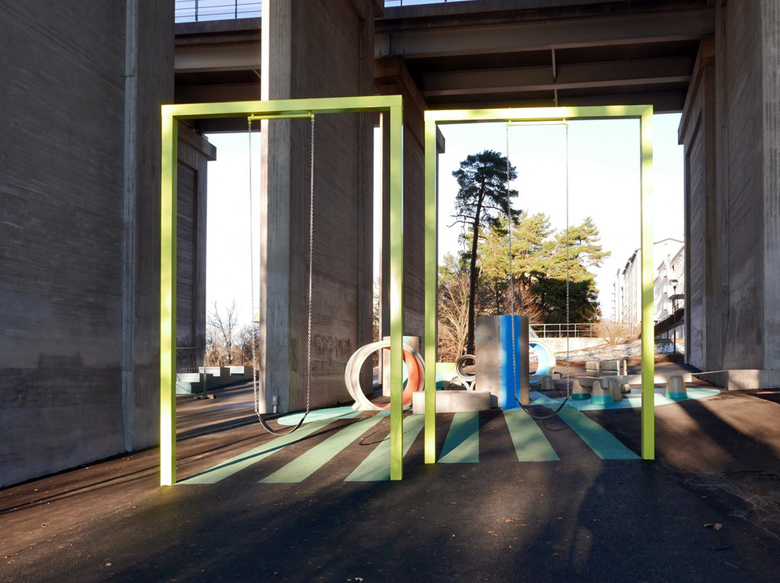 New life under the bridge

In the with Tranebergs Bridge assignment Funkia presented a program document and a design proposal for the site under the Traneberg Bridge at Kungsholmssidan in Stockholm. The location is situated in central Stockholm between the residential areas Kristineberg and Fredhäll. The Traneberg Bridge itself connects Stockholm's inner city with Västerort the western suburbs.

The design proposal aims to illuminate and revive the unique but forgotten site under the Traneberg Bridge. A particular feature of the site is the dynamism that emanates from the bronze architecture and its rhythmic columns that are well adapted to the hilly landscape. The spaces that occur under the bridge create different conditions for function and gesture.

Prior to the start of the project, a civil dialogue was held which has had considerable influence on the site's growth and development. During the dialogue period, many public proposals were submitted and combined with the municipality’s aims for the site formed the basis for the proposal. The human scale is brought into place along with shapes and colours that creates a unique identity for the area. The site aims to be flexible and to evolve over time.

In the elaboration of a arts installation with concrete elements, Funkia collaborated with artist My Ekman. She also developed the painted pattern under the Traneberg Bridge.