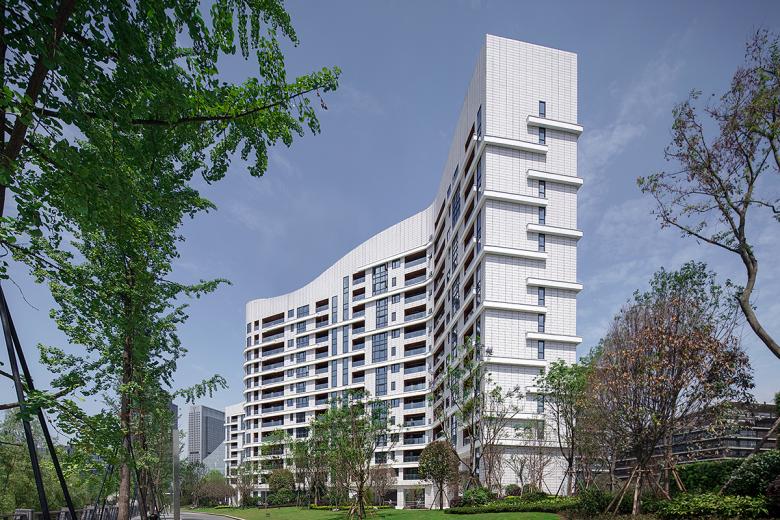 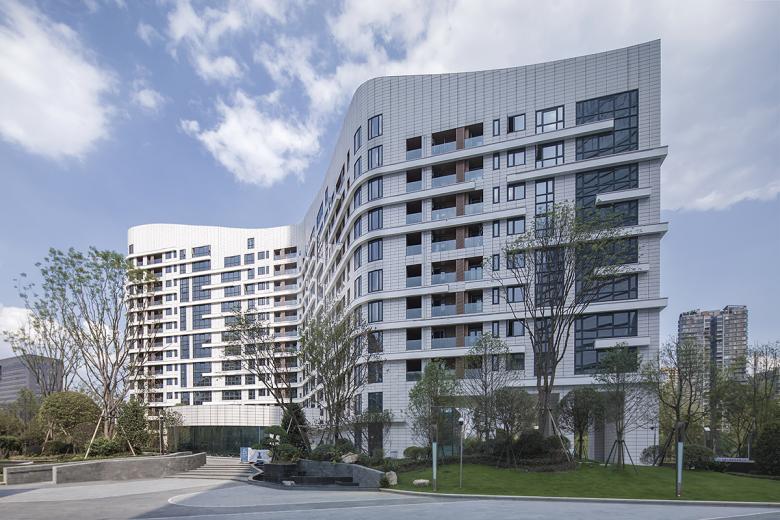 Chengdu has been the capital of the province of Sichuan since 1368. Archaeological discoveries have proved that the population history of the area goes back over 4000 years. In 2014, the population of the administrative area of Chengdu was about 14.5 million. The climate is subtropical, mild and humid round the year, and is affected by monsoons. The circumstances are favourable for cultivation and food production. Chengdu is a national centre of electronics and IT industry. It is also the centre of financial economy and the biggest cluster of commerce in western China.

Icon Apartments, a block of flats with a gross floor area of 25,000 m², was designed for a riverside site. Its form associating with a gigantic Chinese dragon that rises up from the river, it serves as a landmark and gate for those who arrive in the city. The ceramic facade of the undulating volume shines light in the fog that often enshrouds the city. Over time, the planter boxes on the linear balconies will turn the facade green.

The design work comprised an area plan and a concept design for a 16-storey block of flats, with consideration of the susceptibility of the area to earthquakes. The flats vary in size between 160 and 320 m², including 1–2 living rooms and 2–4 bedrooms with respective bathrooms and wardrobes. The stairway offers three lift options: one for flat owners, one for maintenance and one, leading to the balcony entrances of the flats, for owners’ guests. The number of flats is 67.

Large, planted roof terraces offer opportunities for diverse leisure activities; these green oases are of great significance in the densely built city. The ground floor houses a spacious lobby, swimming pool, cafe and tearoom with a card-play nook, and an enclosed garden.

The commission was preceded by a competition including also the design of an office tower. After the competition, the task was divided so that another team of architects continued the design of the office building. The baseline data concerning the block of flats changed and the volume grew. Helin & Co designed the building in collaboration with a local architectural practice. The client is a state investment company.