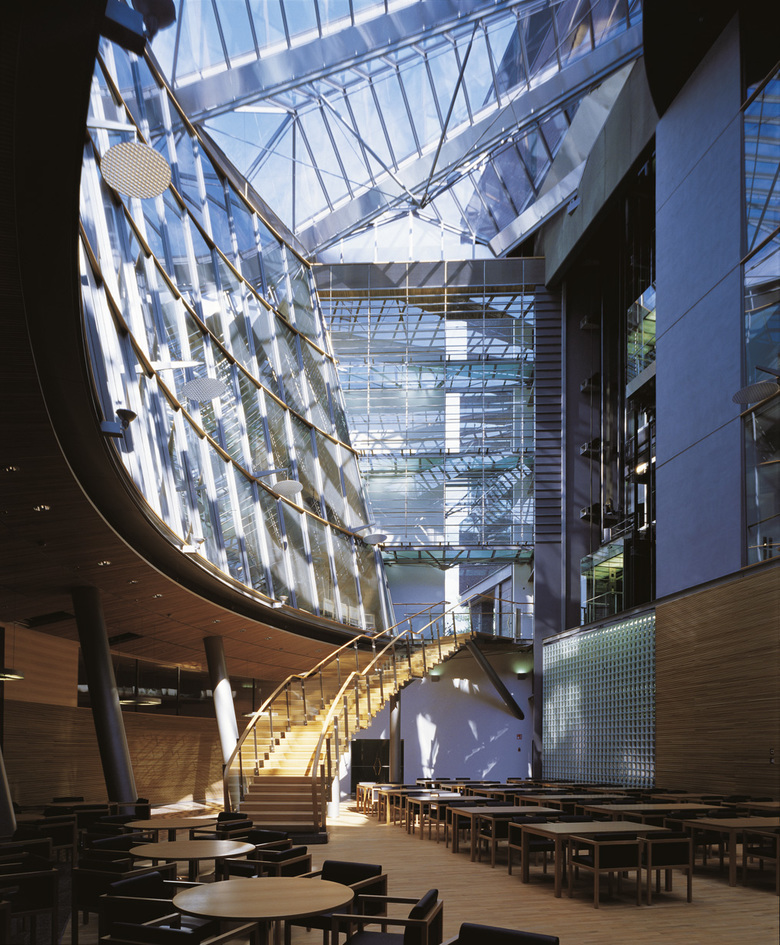 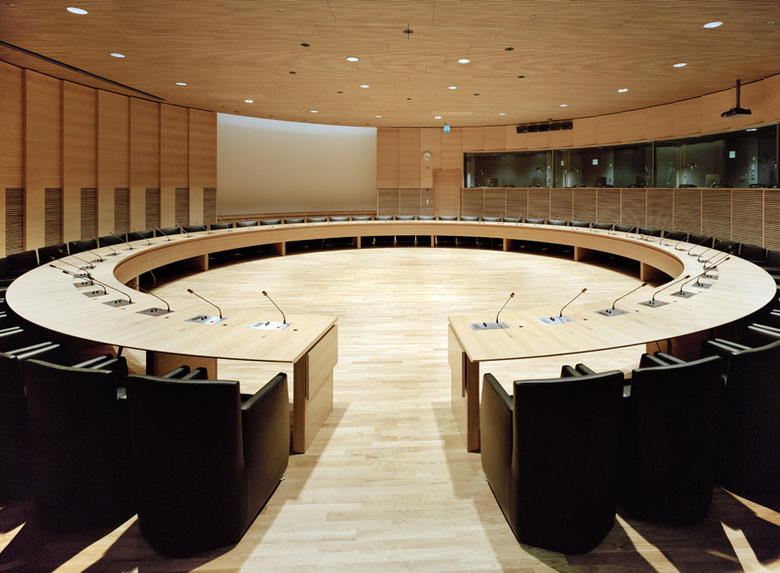 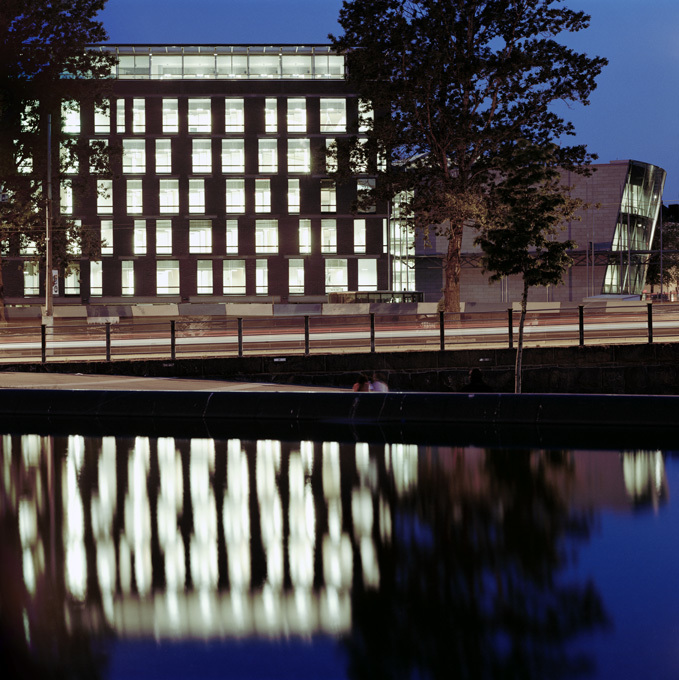 The Parliament House Annexe is situated at a nodal point in Helsinki’s cityscape, where the system of coordinates shifts direction, at a site surrounded by buildings of string architectural character from different eras. Arkadiankatu Street intersects the east-west row of the city blocks of the Kamppi district, cutting a chunk out of it. This gap has been filled in by a building with an eave height that coincides with the cornice of the adjacent Hankkija building. The other visible part of the composition, a volume in the form of a partial cone, relates to the syntax of the existing parts of the Parliament building. Meeting and conference facilities, which for reason of security are not open to the public, are located underground.

Through architecture it is possible to express the ideals of the Nordic and Finnish practice of government; humanity, openness and understanding of the surrounding reality. The competition entry opens out the work of the Members of Parliament and their aides towards the city. The surfaces visible to the outside as well as those inside, the linings of rooms and the curtain-like sliding screens were of wood, which still - in a primitive way - is a material for which people have affinity.

After the competition in 1999 the openness was restricted on grounds of security and the townscape. The curved section is open as originally intended and technically executed as a double façade. The end of the building is clad with pink granite from Kalvola, like the old main building. In order to adapt it to the adjacent Hankkija building and the townscape, the surfaces of the triangular section are to be clad with dark-coloured, fired clay bricks with wide flush joints.

The crescent shaped atrium, which is enclosed by an upward-opening conical surface, is the main space of the building. The skin is formed of flat glass panels fixed in place like fish scales. The entity becomes a sort of fused chronological mapping device and kaleidoscope, it reflects and partly forms multiple images of people’s movements in the building, the passing of clouds in the sky and the light of the moon or the sun - all depending on the position of the person observing, the time of the year and day.

One floor above are the main entrance, the office facilities and an information room and cafe for the public. On floors 1-6 are the offices of the MP’s and their aides, the office of the Parliamentary Ombudsman, the international Department and the facilities of the different parliamentary committees.

In May 2017, a solar power plant was installed on the roof of the building.