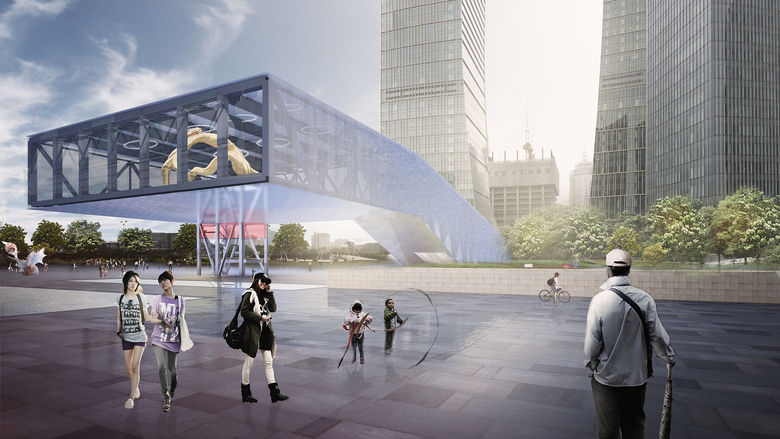 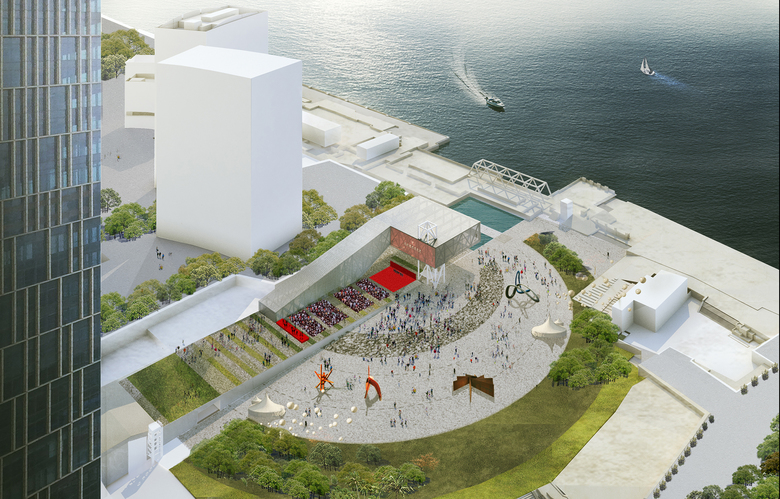 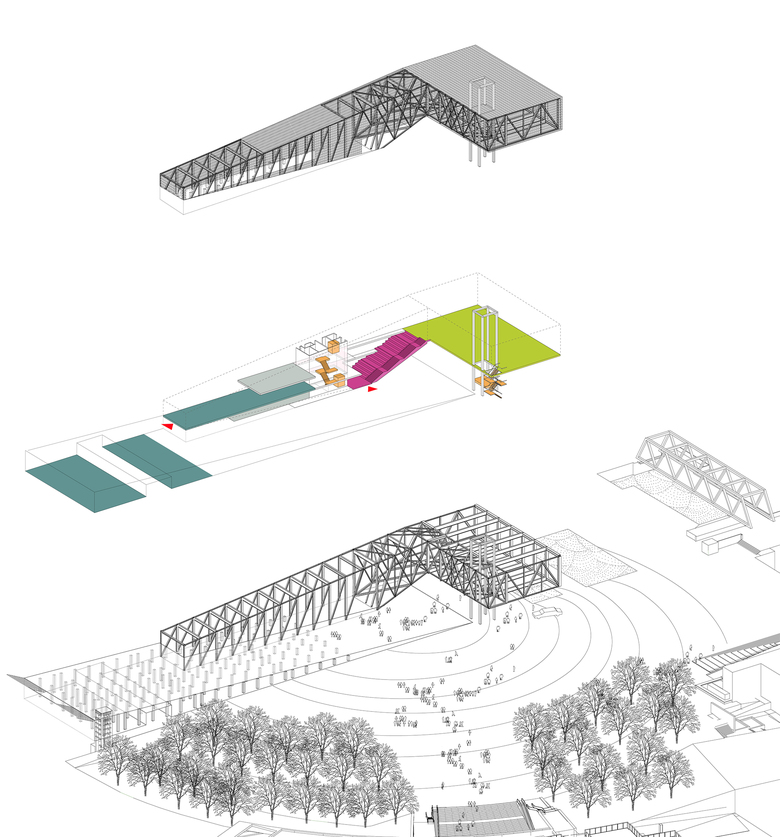 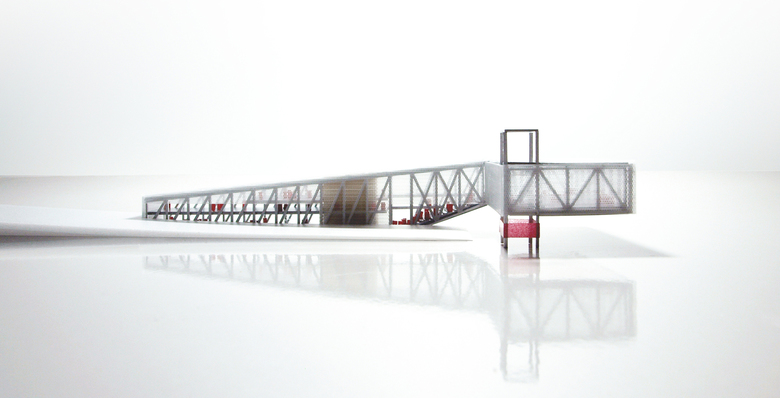 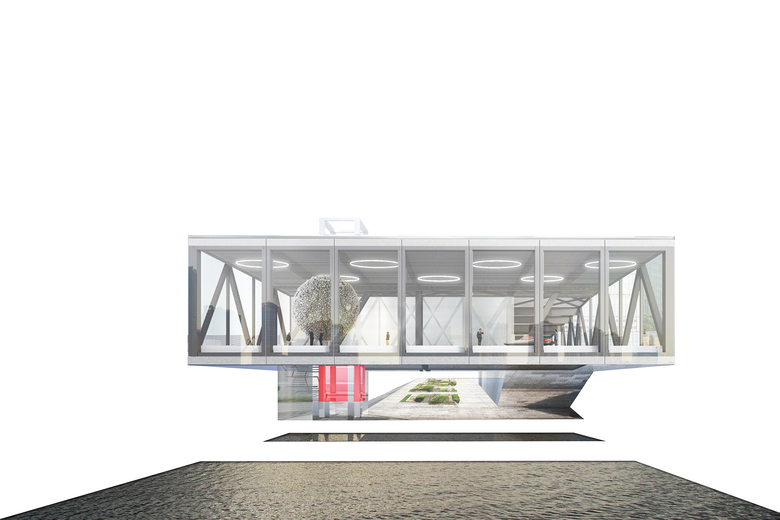 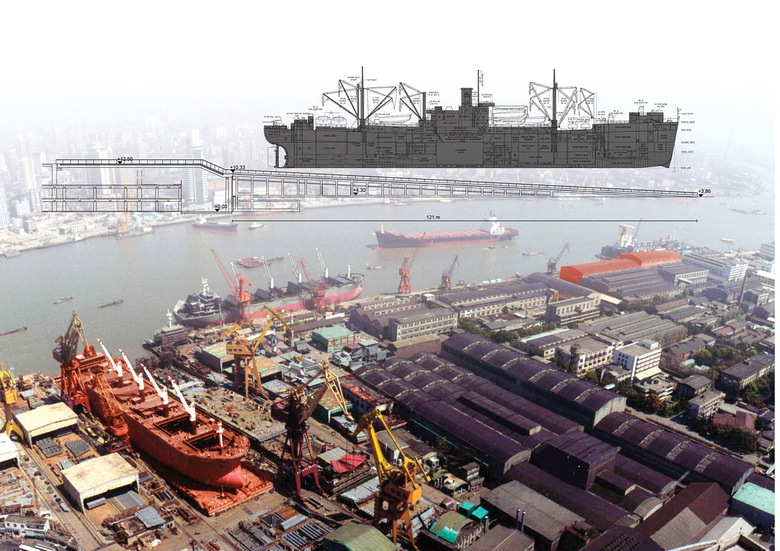 The Lujiazui Exhibiton Centre is located on the northern and most recent development of Shanghai Pudong, along the Huangpu River, one of the most photographed waterfronts in the world. The project site, occupying the former ‘Shanghai Shipyard’, has a long history of marine industry. The new Exhibition Centre is positioned on the ramp of a former ship cradle and provides a concentrated event space within the surrounding financial district.

OMA conceived the Exhibition Centre as a “spatial armature,” suspended above a plaza and connected to another exhibition space beneath the ramp. The building organizes the open space, adding new programmatic opportunities for film screenings, fashion shows, and concerts. The new volume transforms the existing ramp into a large-scale theatrical space for events while the covered plaza under the elevated box can be used for more intimate happenings.

The building’s materiality and architecture establish a dialogue with the site’s industrial past; a mysterious object wrapped in a metallic mesh exposes its steel structure, echoing the unfinished ship hulls which used to populate the site.

OMA was appointed by Lujiazui Central Financial District (Phase II) Development Corporation to design and execute the building in November 2014. The Exhibition Centre is expected to be opened to public at the end of 2015.

Other Projects by OMA - Office for Metropolitan Architecture