Rem Koolhaas (Rotterdam, 1944) founded OMA in 1975 together with Elia and Zoe Zenghelis and Madelon Vriesendorp. He graduated from the Architectural Association in London and in 1978 published Delirious New York: A Retroactive Manifesto for Manhattan. In 1995, his book S,M,L,XL summarized the work of OMA in "a novel about architecture". He heads the work of both OMA and AMO, the research branch of OMA, operating in areas beyond the realm of architecture such as media, politics, renewable energy and fashion. Koolhaas is a professor at Harvard University where he conducts the Project on the City. In 2014, he was the director of the 14th International Architecture Exhibition of the Venice Biennale, entitled "Fundamentals". 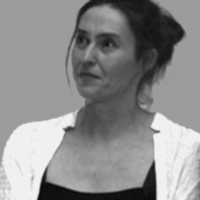 Ellen van Loon joined OMA in 1998 and has led several award-winning building projects that combine sophisticated design with precise execution. Some of her most significant contributions include the new G-Star Headquarters in Amsterdam (2014), De Rotterdam, the largest building in the Netherlands (2013) New Court, the Rothschild Bank headquarters in London (2011); exterior and interior design for Maggie's Centre near Glasgow (2011); the Prada Transformer pavilion in Seoul (2009); Casa da Musica in Porto (2005), winner of the 2007 RIBA Award; and the Dutch Embassy in Berlin (2003), winner of the European Union Mies van der Rohe award in 2005. Van Loon is currently working on a multimedia library in France and the home of the Danish Architecture Center in Copenhagen.

In 2002, he became director of AMO, the think tank of OMA, and produced The Image of Europe, an exhibition illustrating the history of the European Union. He has overseen AMO’s increasing involvement in sustainability and energy planning, including Zeekracht: a strategic masterplan for the North Sea; the publication in 2010 of Roadmap 2050: A Practical Guide to a Prosperous, Low-Carbon Europe with the European Climate Foundation; and The Energy Report, a global plan for 100 percent renewable energy by 2050, with the WWF.

De Graaf has recently worked extensively in Moscow, overseeing OMA’s proposal to design the masterplan for the Skolkovo Centre for Innovation, the ‘Russian Silicon Valley,’ and leading a consortium which proposed a development concept for the Moscow Agglomeration: an urban plan for Greater Moscow. He recently curated two exhibitions, On Hold at the British School in Rome in 2011 and Public Works: Architecture by Civil Servants (Venice Biennale, 2012; Berlin, 2013).

Shohei Shigematsu joined OMA in 1998 and became a partner in 2008. He has led the office in New York since 2006. Sho's designs for cultural venues include the Quebec National Beaux Arts Museum and the Faena Arts Center in Miami Beach, as well as direct collaborations with artists, including Cai Guo Qiang, Marina Abramovic and Kanye West. Sho is currently designing a number of luxury, high rise towers in San Francisco, New York, and Miami, as well as a mixed-use complex in Santa Monica. His engagement with urban conditions around the world include a new civic center in Bogota, Colombia; a post-Hurricane Sandy, urban water strategy for New Jersey; and a food hub in Louisville, Kentucky. He is a design critic at the Harvard Graduate School of Design, where he is conducting a research studio entitled Alimentary Design, investigating the intersection of food, architecture and urbanism. 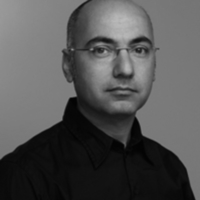 Iyad Alsaka is partner in charge of projects in the Middle East and Africa. In 2008, he worked on OMA's acclaimed masterplan for Waterfront City in Dubai along with several other projects in the Gulf region. Alsaka joined OMA in 2007 from Dubai Holding, where he was director of design and development and responsible for dozens of projects since 2001. Alsaka was born in 1969 in Syria and studied architecture at the University of Aleppo. 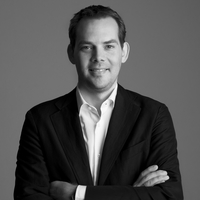 David Gianotten is the Managing Partner-Architect of OMA. In this role he is responsible for the management, business strategy, and growth of the company worldwide. He also oversees design and construction of various projects, including the Taipei Performing Arts Centre, the Hanwha Galleria in Busan, the Taiyuan Industrial Heritage masterplan in China, and the Prince Plaza Building in Shenzhen. In his previous role as partner-in-charge of OMA's Hong Kong and Beijing offices and director of OMA Asia, David led the firm's large portfolio in the Asia Pacific region. He was responsible for the recently completed Shenzhen Stock Exchange headquarters, the final stages of the CCTV headquarters in Beijing, and OMA's conceptual masterplan for the West Kowloon Cultural District in Hong Kong. David joined OMA in 2008, launched OMA's Hong Kong office in 2009, and became partner at OMA in 2010. He studied architecture and construction technology at Eindhoven University of Technology, and before joining OMA was Principal Architect at SeARCH in the Netherlands.

Chris van Duijn joined OMA in 2000 and is based in Rotterdam. He has been involved in many of OMA’s most renowned projects including Universal Studios in Los Angeles, the Prada stores in New York and Los Angeles (2001), Casa da Musica in Porto (2005) and the CCTV Headquarters in Beijing (2012). Recently completed projects include Fondazione Prada in Milan (2015) and the Garage Museum of Contemporary in Moscow (2015). In addition to large-scale and complex projects, he has worked on interiors and small-scale projects including private houses, product design, and temporary structures such as the Prada Transformer in Seoul (2009).

Currently he is overseeing the design of the Axel Springer Campus in Berlin and the Jean Jacques Bosc Bridge in Bordeaux, the construction of the Parc des Expositions in Toulouse and the Bibliothèque Multimédia à Vocation Régionale in Caen, as well as product development projects. Chris holds a Master of Architecture from the Technical University of Delft.

Ippolito Pestellini Laparelli joined OMA in 2007 and is based in Rotterdam. Pestellini's work and research at OMA/AMO has a focus on design, preservation, scenography, and curation. He currently leads the transformation design of the 16th century Fondaco dei Tedeschi in Venice, and developed Monditalia, a multi-disciplinary exhibition focused on Italy, at the 2014 Venice Architecture Biennale. Recently, Pestellini has directed the design of OMA's Tools for Life furniture collection for Knoll, led architectural competitions including the expansion of Bocconi University in Milan and the Tecnopole of Bologna, designed scenography for the Greek theater of Siracusa in Sicily, and co-curated Cronocaos, OMA's exhibition on preservation at the 2010 Venice Architectural Biennale. Since 2010, Pestellini has overseen a range of AMO projects with Prada, including stage design for fashion shows and directing special events and publications. He contributes to the curatorial development and exhibition design for Fondazione Prada, with projects such When Attitudes Become Form: 1969/2013 in Venice. He holds a Master of Architecture from the Politecnico di Milano.

Jason Long joined OMA in 2003 and has been based in OMA New York since 2007. After contributing as Associate Editor of Content (Taschen 2004) and acting as a key member of AMO in Rotterdam, Jason served as project architect and project manager for many of OMA’s cultural projects in the Americas including the Quebec National Beaux-Arts Museum, the Faena Arts Center in Miami Beach and the Marina Abramovic Institute in Hudson, New York. In addition, Jason has overseen a number of residential towers in the US, including the Transbay 8 tower in San Francisco. He has a longstanding experience with strategic masterplanning, from his early involvement in AMO studies for Beijing Preservation and Shanghai Planning to the Dallas Connected City Design Challenge. Jason is currently leading the development of 11th Street Bridge Park, an elevated park in Washington DC. He holds a Bachelor of Arts in Philosophy from Vassar College, and a Master of Architecture from Harvard University's Graduate School of Design.