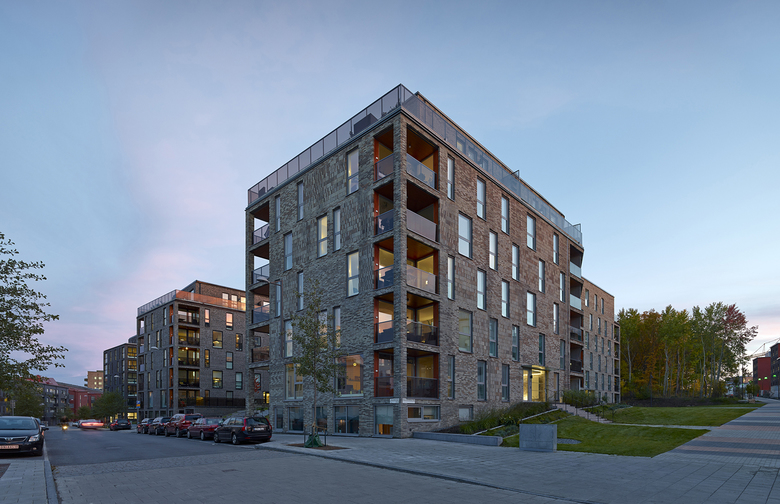 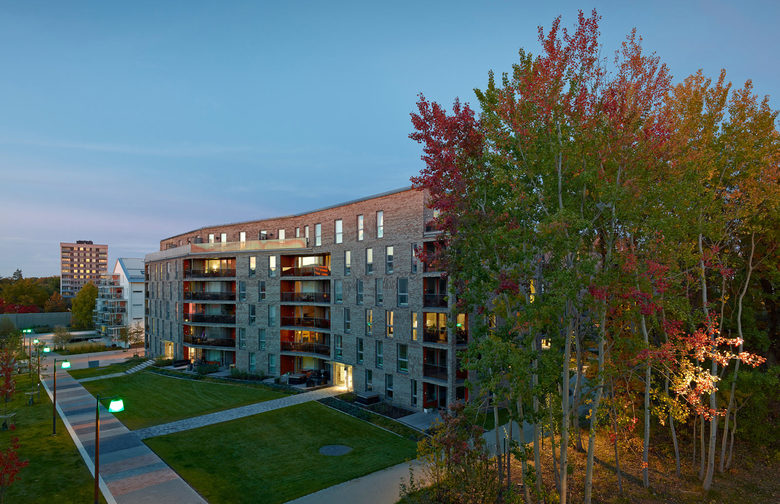 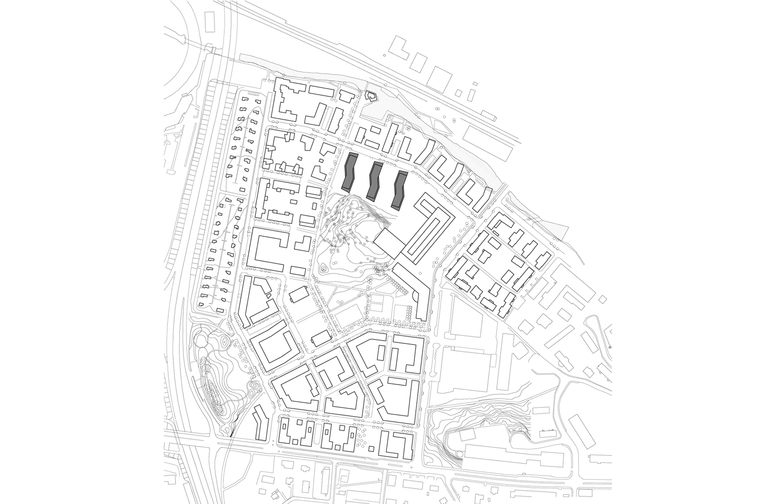 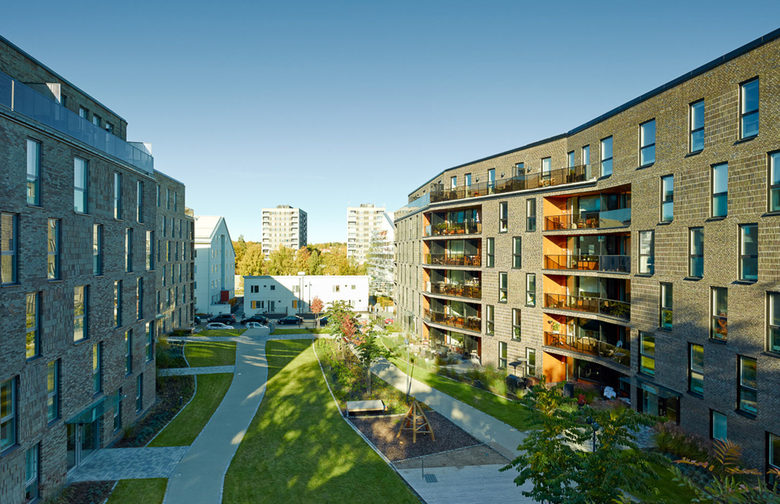 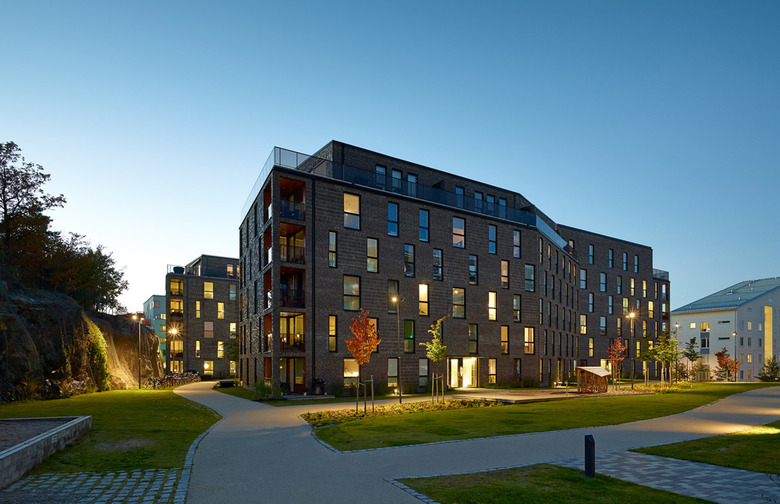 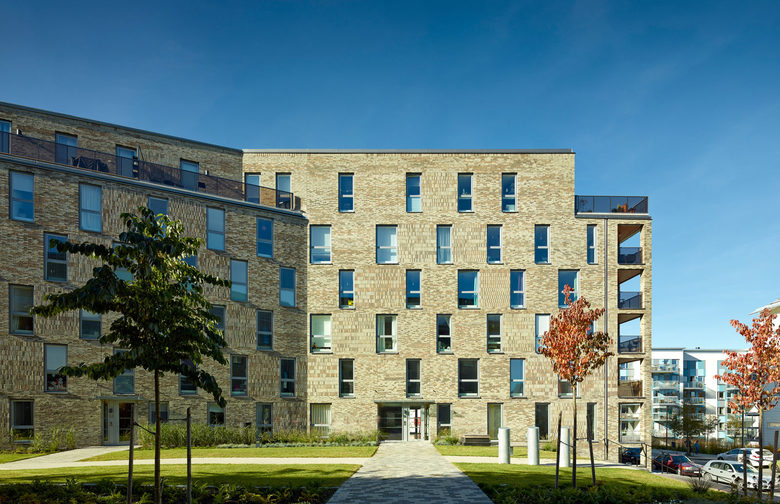 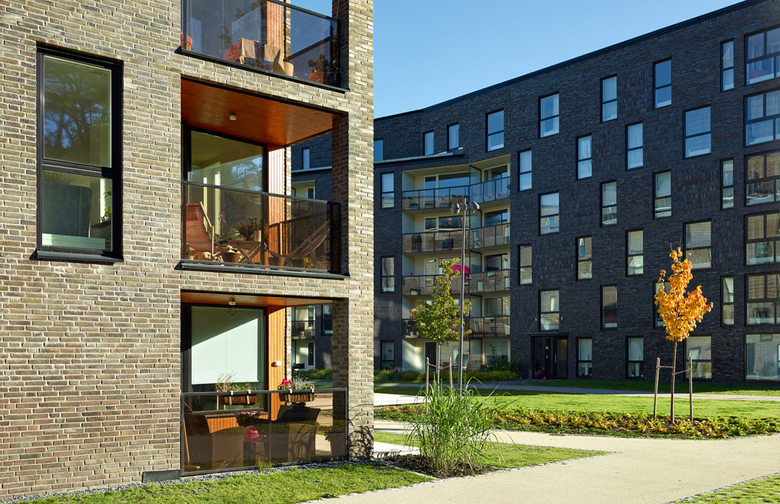 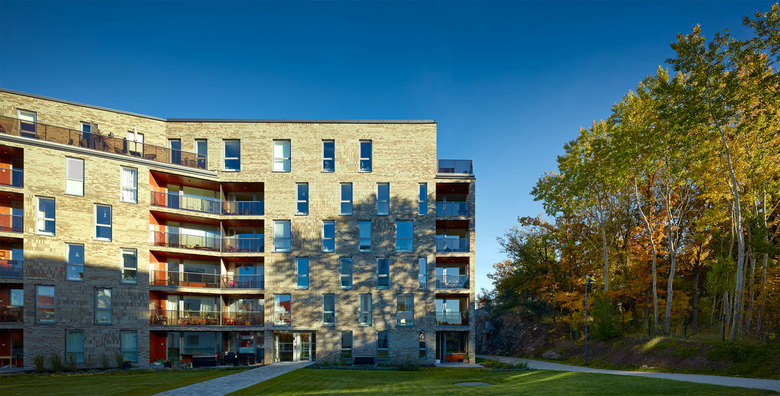 Green living between park and street

The context is the urban development of Annedal, a new district with about 1200 apartments in Mariehäll in northern Stockholm. Kjellander + Sjöberg won the first of a parallel commission for the best block structure of three separate apartment buildings for three developers. The project spans a total of 150 apartments and an underground parking garage beneath the shared garden.

The plot is on a slope between a waterway bordering onto Sundbyberg in the north and the new neighborhood park to the south. In the original master plan the plot was intended for 6 tower blocks, but in order to make the most of the site's topography and create a connected garden around all three houses, K + S chose to join the 6 buildings to form 3 parallel, twice folded six-storey buildings. The resulting shape in plan gives the buildings a distinct direction that accentuates and enhances those inherent in the plot.

The plan configuration creates interesting outlooks from the apartments and helps to reduce noise from the nearby rail traffic. The buildings' brick facades have three colour variations, pattern effects in the brickwork designed to be visible from a distance, which is the project's handling of the larger scale. Details such as the materiality of the insides of the balcony niches differentiate the various buildings. The apartment buildings have recessed balcony niches with generous glazing and light glass handrails - the outdoor space virtually resembles an indoor room, offering a good climate and shelter all year round. The partially retracted top storey has a varied façade, flush with that of the rest of the building at some points but otherwise set back, thus providing roof terraces.

The houses' pleated volume creates a continuous outdoor space, with an undulating motion where the rock face at the rear participates and is connected to the street by a sloping landscape. The buildings allow the environment to participate and be in focus, as an interesting contrast to the more compact block configuration prevalent in the area.

Other Projects by Kjellander Sjöberg