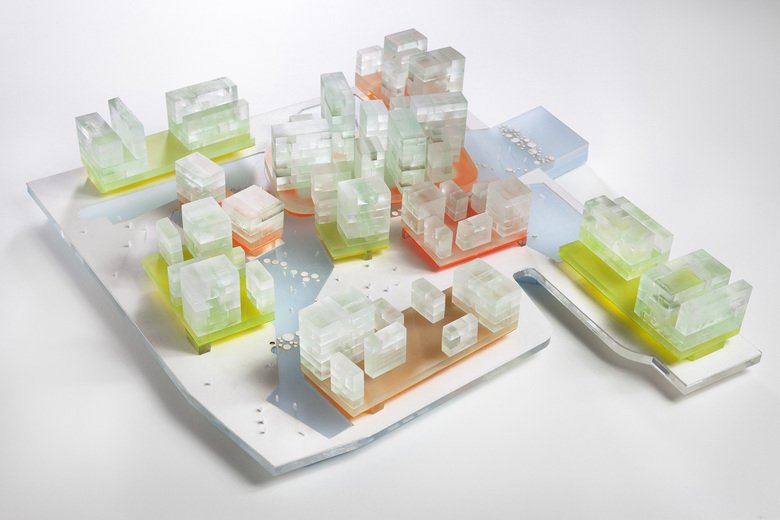 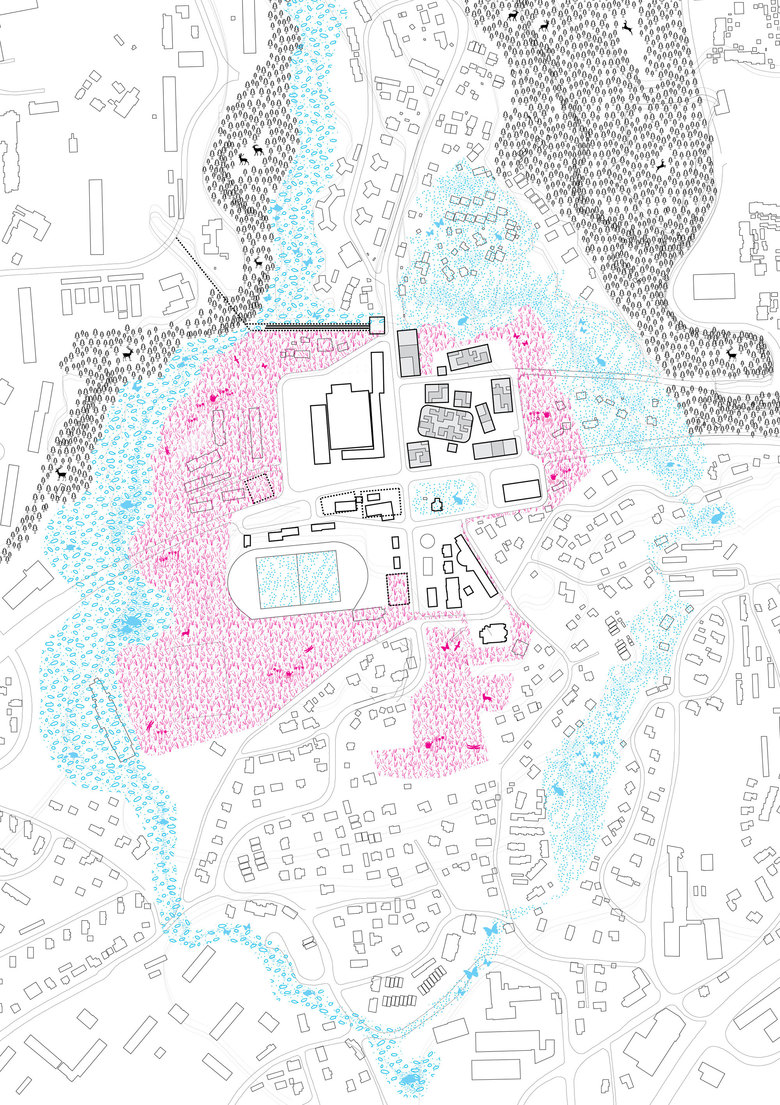 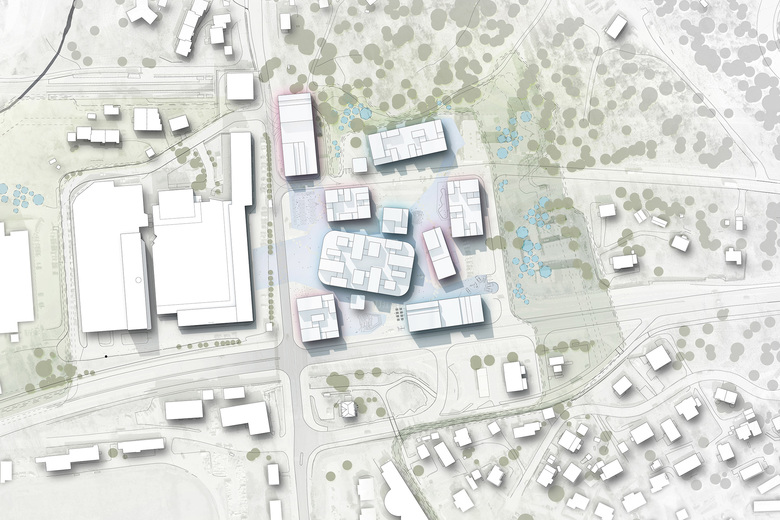 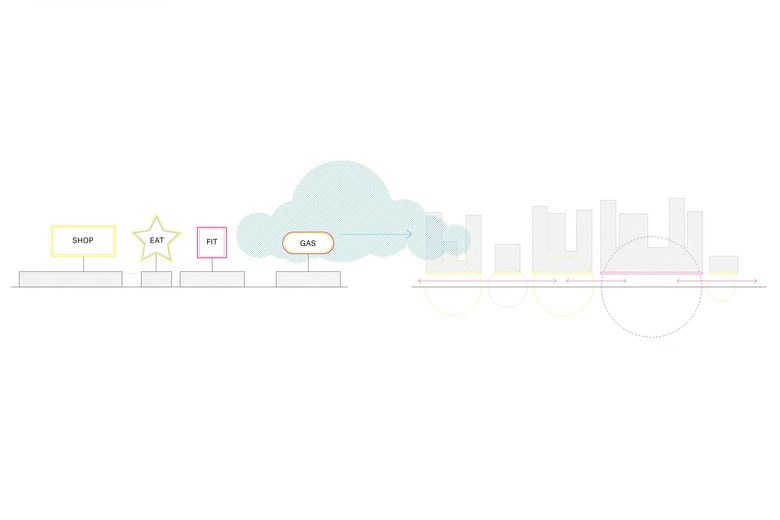 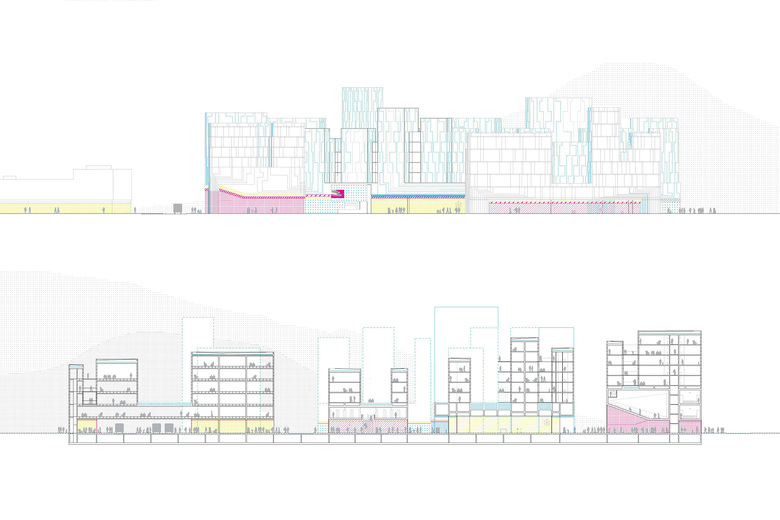 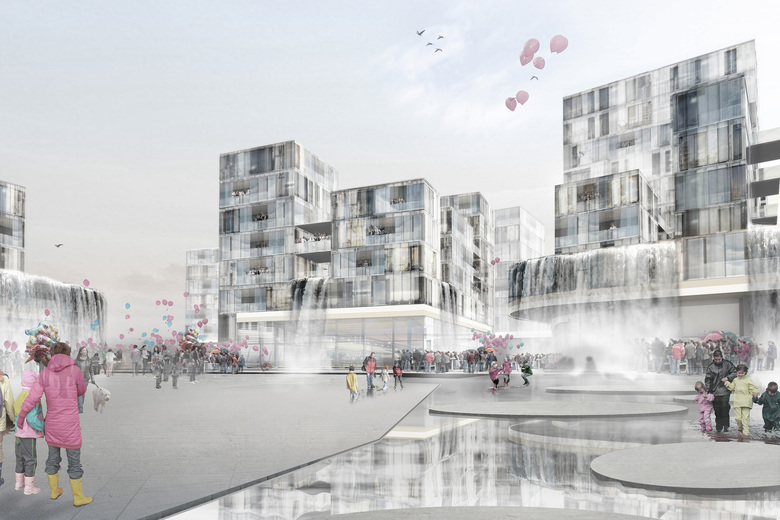 Day of the waterfall 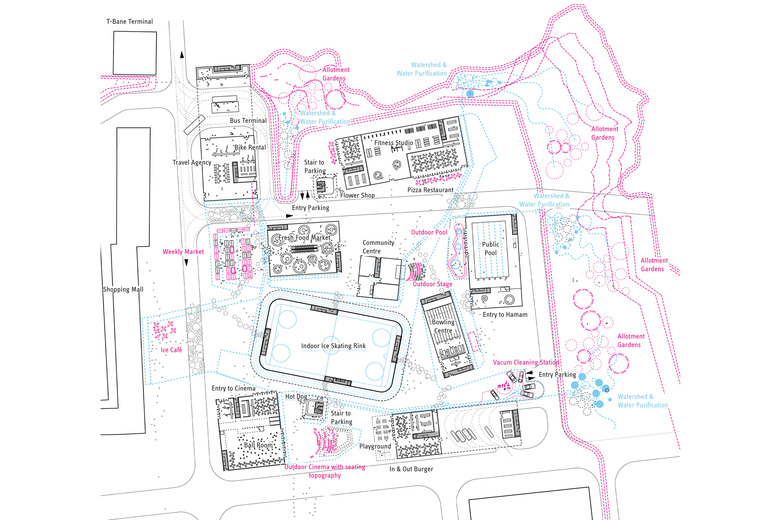 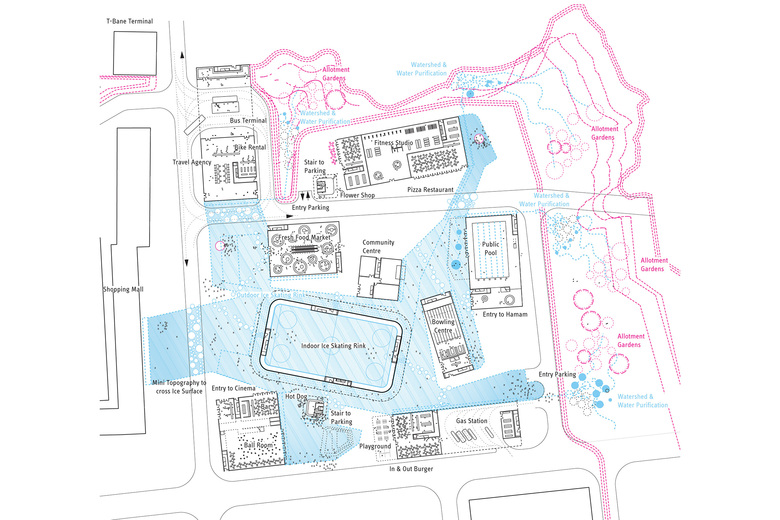 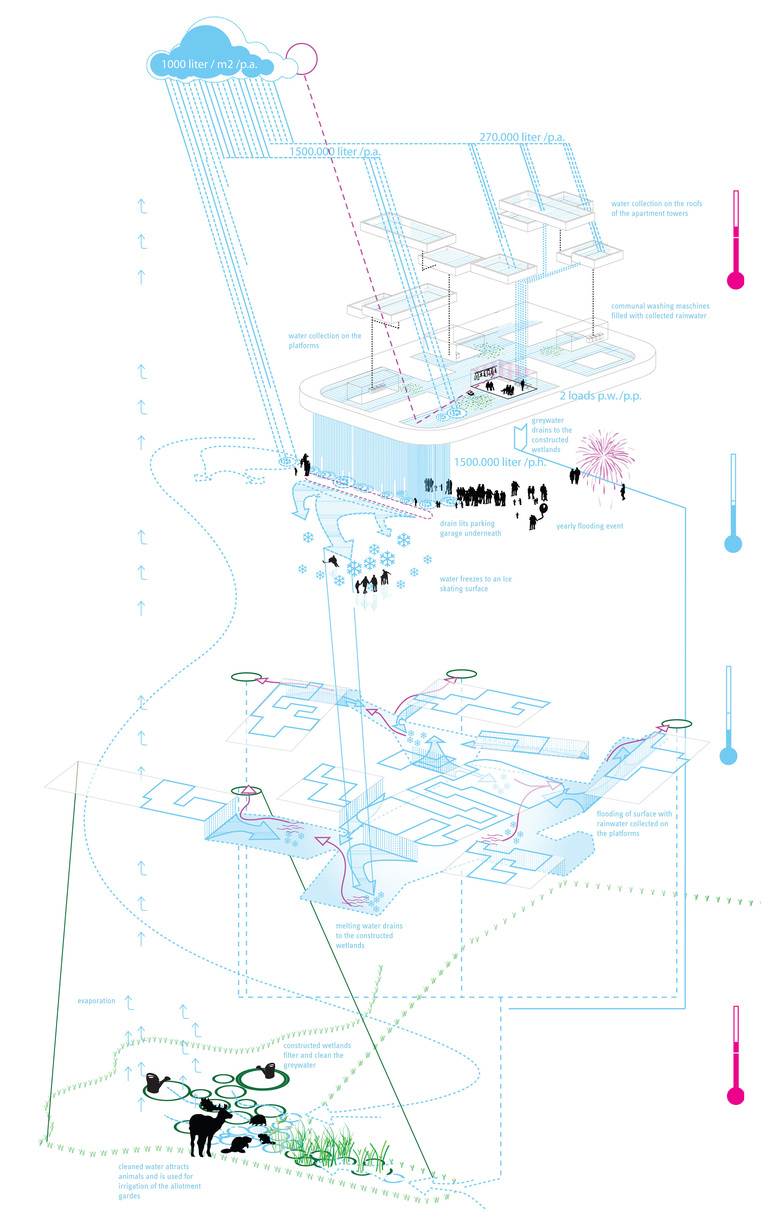 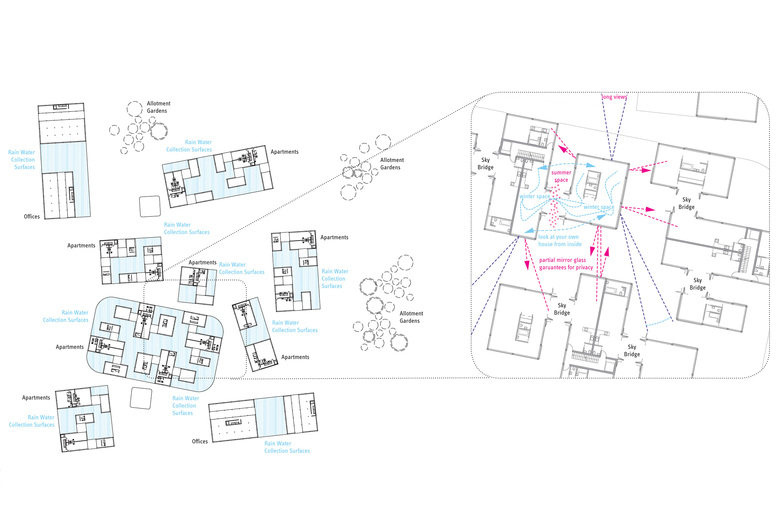 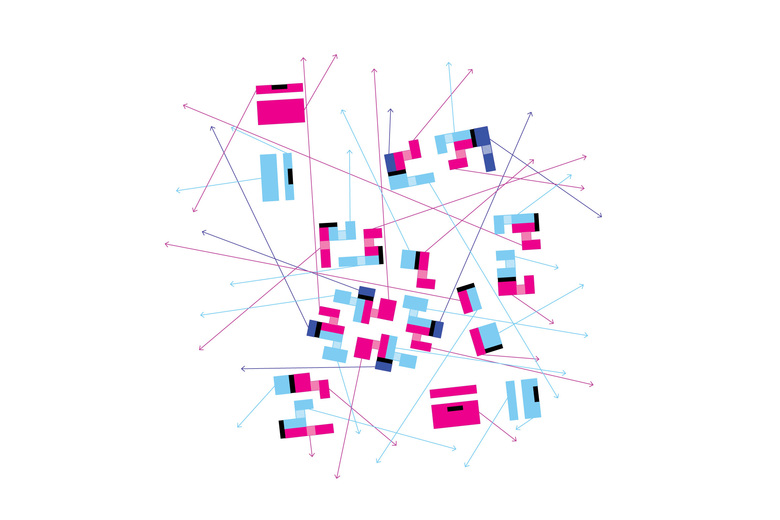 Cumulus is an urban strategy that conceptualizes public spaces as related to the environmental dynamics of northern living. The proposal focuses on a mixed-used development that (re)binds the different social spheres, programs, scales, and ecologies of the existing neighborhood. This manifests in a new urban center that is planned with an innovative rainwater management concept of seasonal expansion and contraction. The passage of water, in its different physical states and speeds, becomes the story of the neighborhood. As a new wintertime tradition, collected rainwater is released onto public spaces so that it can freeze into an open-air ice-skating surface. The “Day of the Waterfall” and the resulting dynamic public surface encourage interaction between existing and incoming communities, while putting the neglected area back onto Oslo’s map.