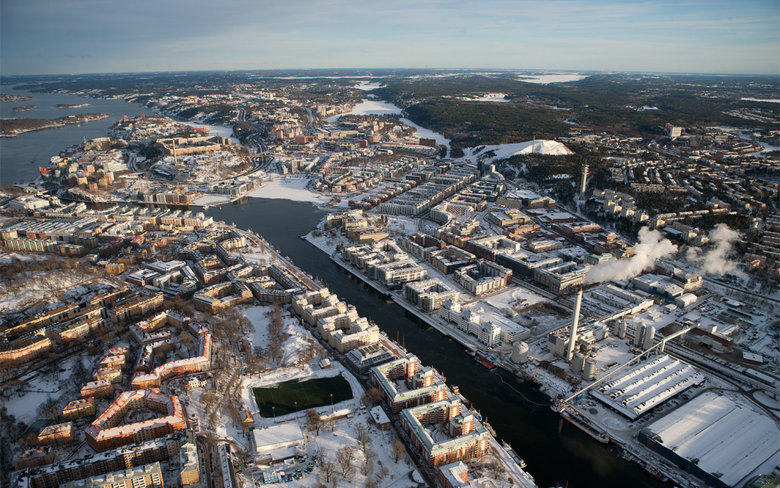 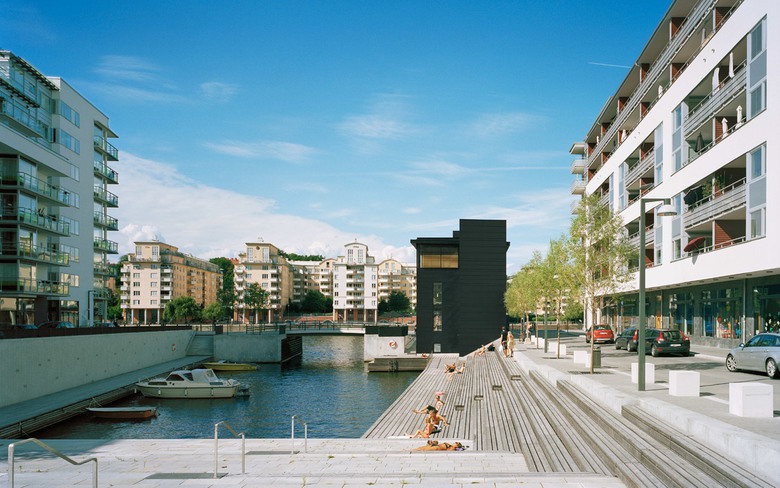 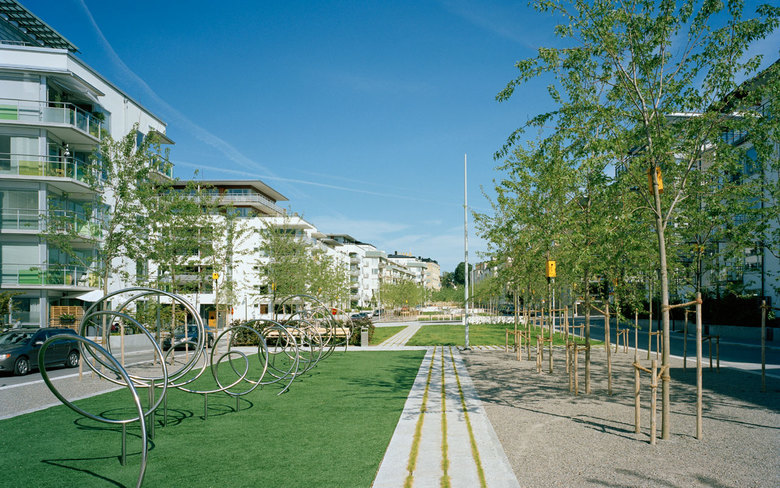 Tengbom collaborated extensively and in several ways in the development of the Hammarby Waterfront Residential Area, which has become one of the world's most notable examples of sustainable urban planning. Hammarby Sjöstad, "A Sustainable City Development," is mentioned in architectural journals throughout the world, and is one of Stockholm's most important visitor attractions.

Tengbom participated in the general plan for the entire area and in several land development plans. The work included planning documents, project management, detailed urban planning, and a design program that comprised more than 2400 apartments, workplaces, services, public spaces, etc. The work with Hammarby Sjöstad (The Sickla Quay and Sickla Canal with the Sjöstad Parterre) was awarded the Kasper Salin Prize in 2005.

The District Court in Alingsås