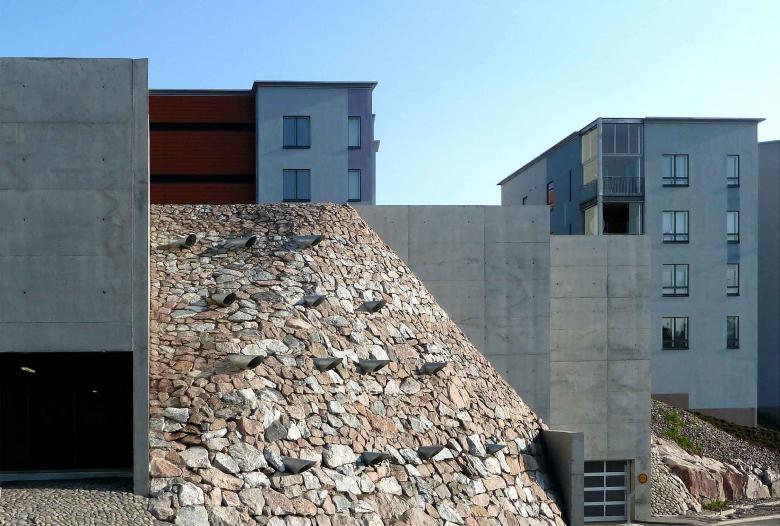 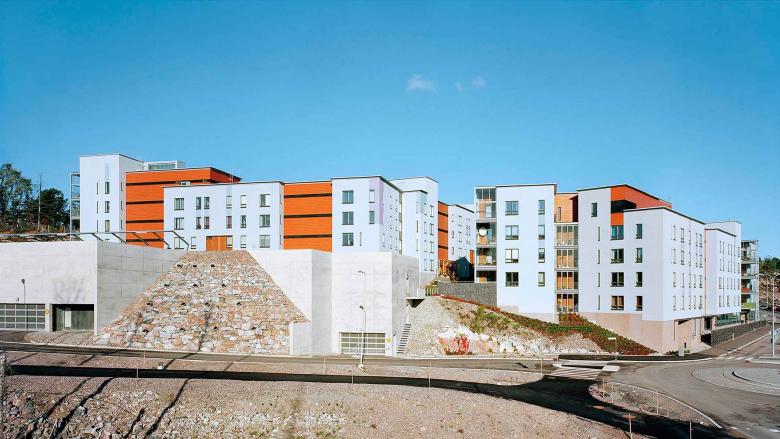 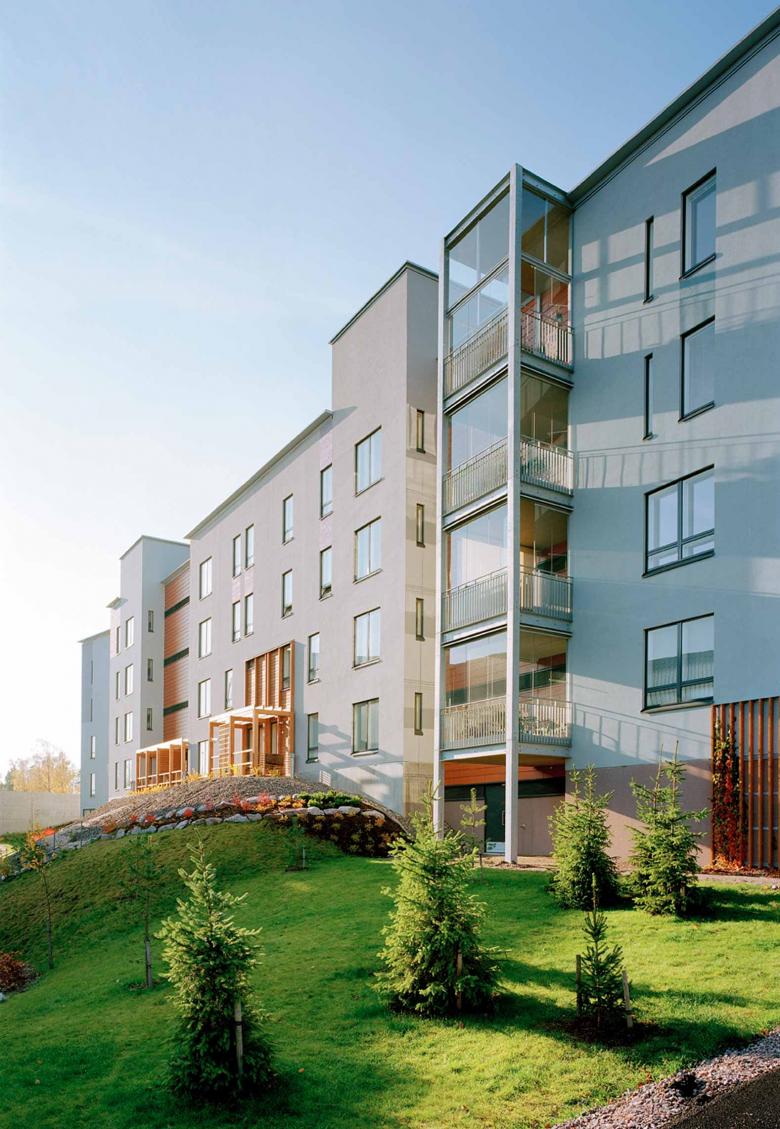 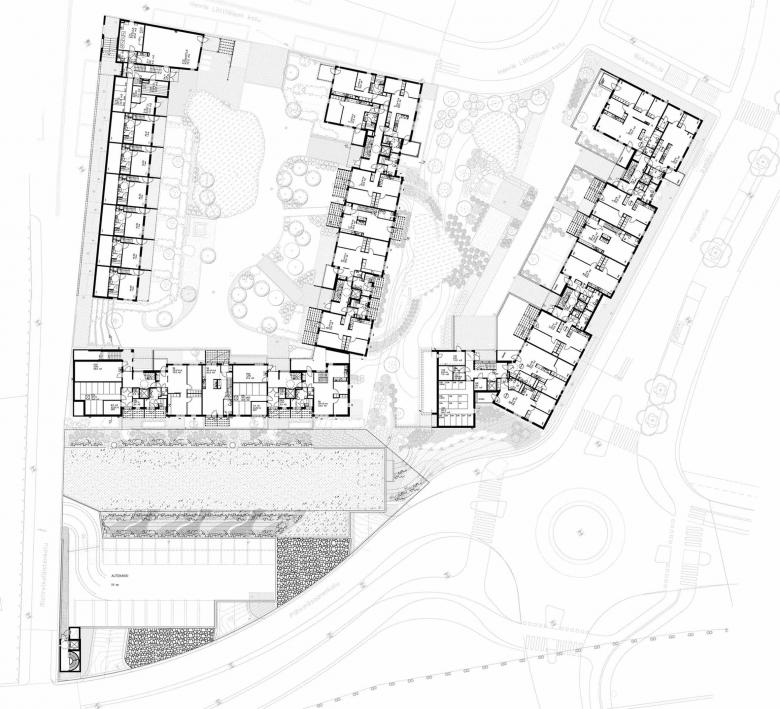 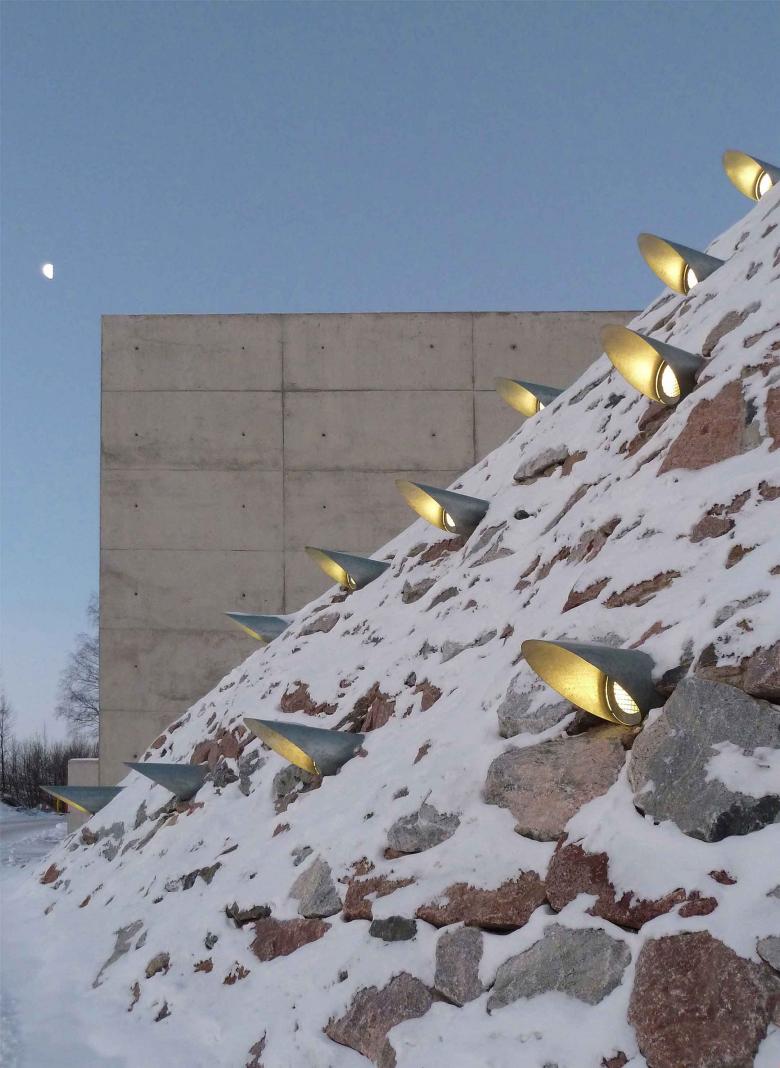 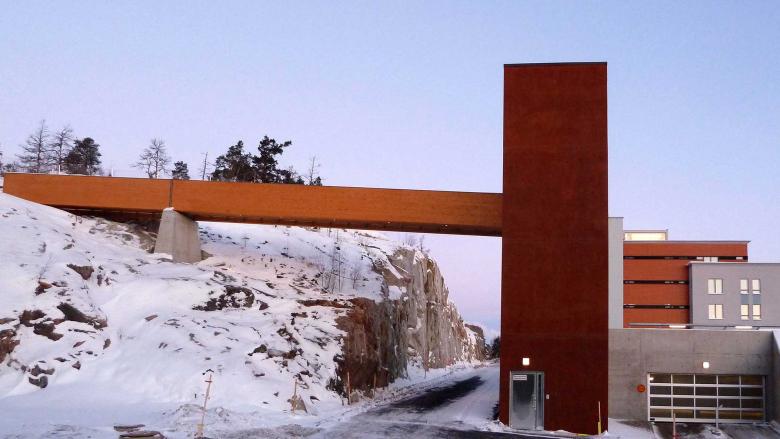 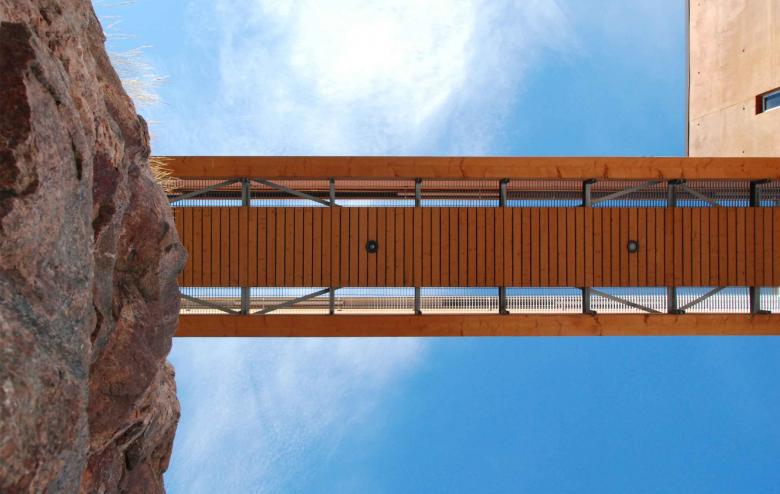 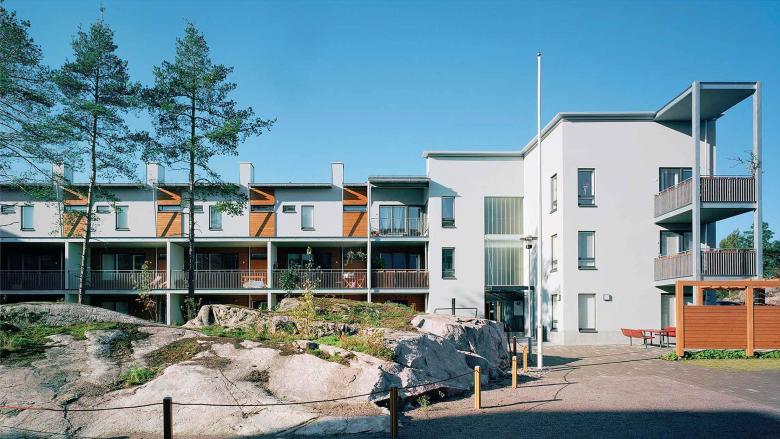 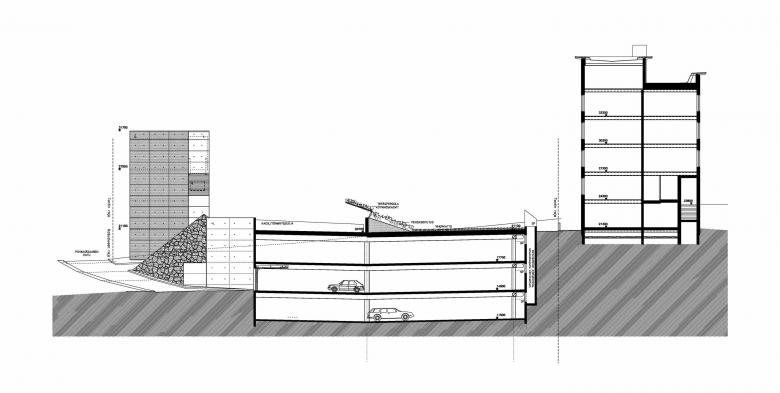 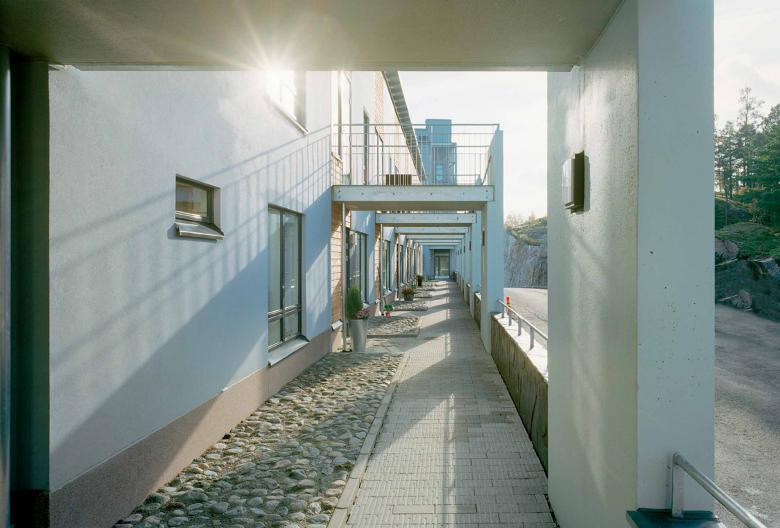 The hill-top rocky landscape served as the basis for the design of three buildings containing social housing for rent and right-of-occupancy homes, combined with a parking house. The buildings form a significant part of the visual gateway to the new Länsi-Viikinmäki housing area, as well as acting as a noise barrier against the nearby motorway.

The unfolding arrangement of the narrow multi-storey apartment blocks creates two large courtyards with natural boulders for the apartments to open out to. A footbridge gives direct access to a neighbouring block situated on a rocky terrain above. The uncovered laminated timber bridge is 27.5m above the street and is reached via a concrete tower with a copper-brown translucent coating.

The parking house plays a major role as it is visible from the main road to the area. Although it is 3-storeys, there is driving access to each level along the sloping road. The building is excavated into rock and two sides are predominantly underground. The visible facades reuse blasted rock from the site. Floodlighting is located within the pipes which protrude through the stone embankment. The pipes were originally designed for air intake but during detailed design became redundant. Additionally, there is a rooftop with uncovered parking and a landscaped roof.

The idea to use local stone felt obvious when large quantities of rock would be blasted on the site. However, the implementation of the idea was not as simple: when the excavation and the construction of the parking facility were done by different contractors, there was a risk of the blasted stone being removed before a sufficient amount could be reserved. Even finding suitable storage was challenging, to avoid the original stone being turned into gravel for foundations of streets and the stone for the new facade imported from China after tendering.
During the design phase, building stone embankments was researched, including methods used to restore old fortress walls. The maximum gradient of the stone embankment, as well as the restricted site, dictated the proportions to use for concrete and stone. The contractor had skills for concrete building but making natural stone embankments was something new. The local stone however was so inspiring that the skill and will were found to achieve the results.
The raw local stone is more than a facade material; it reminds us of traditional building techniques and the natural lay of the land. Local stone as an architectural material does not carry the burden of being without ‘place’; it has roots and is unique only in this building, only on this site.