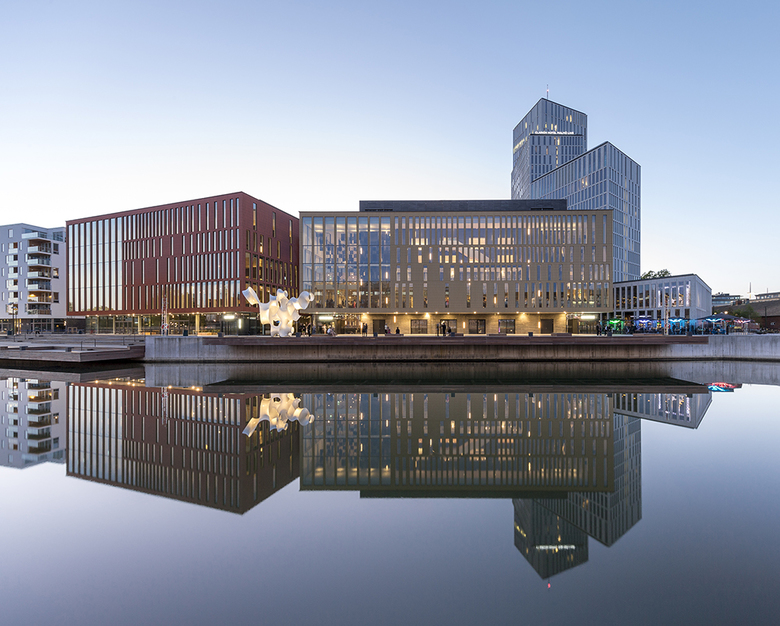 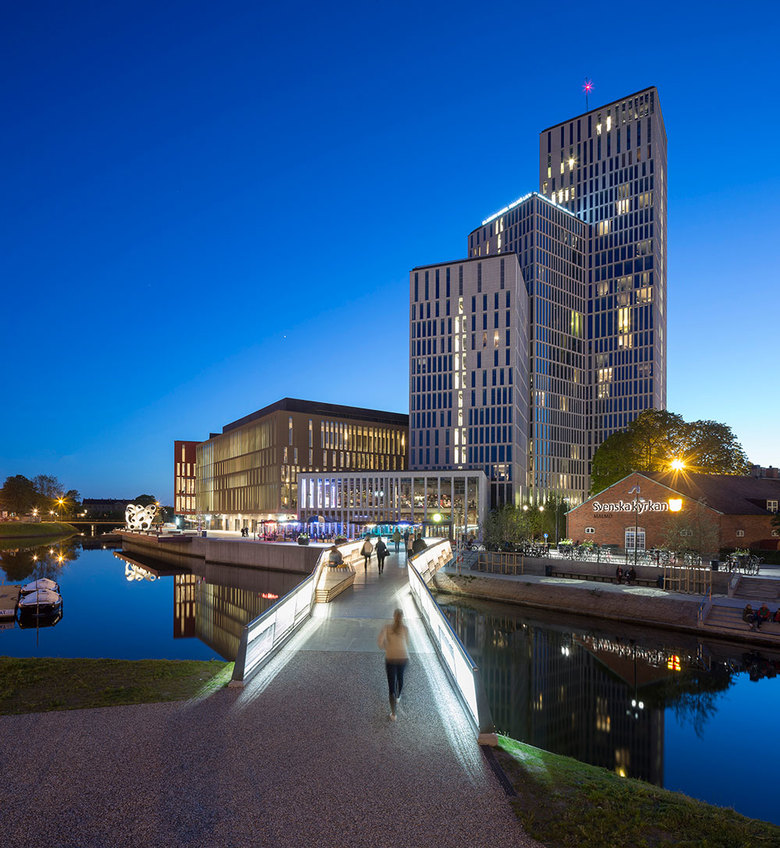 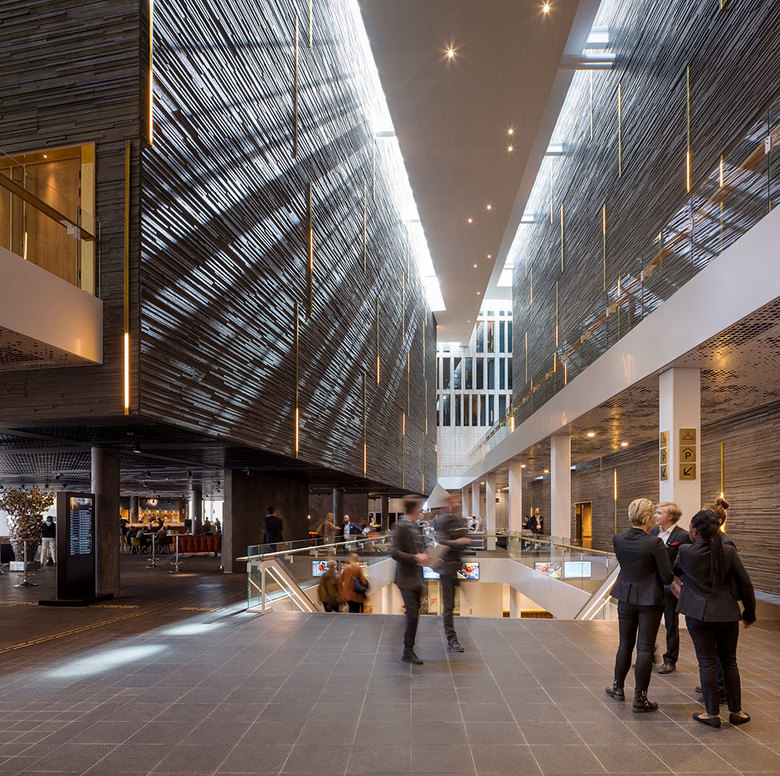 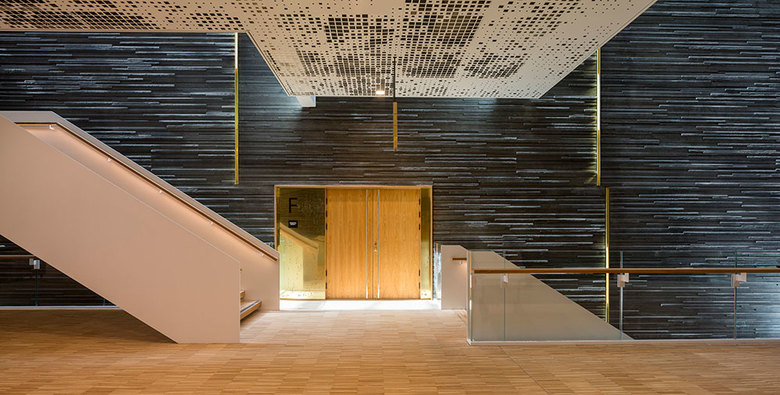 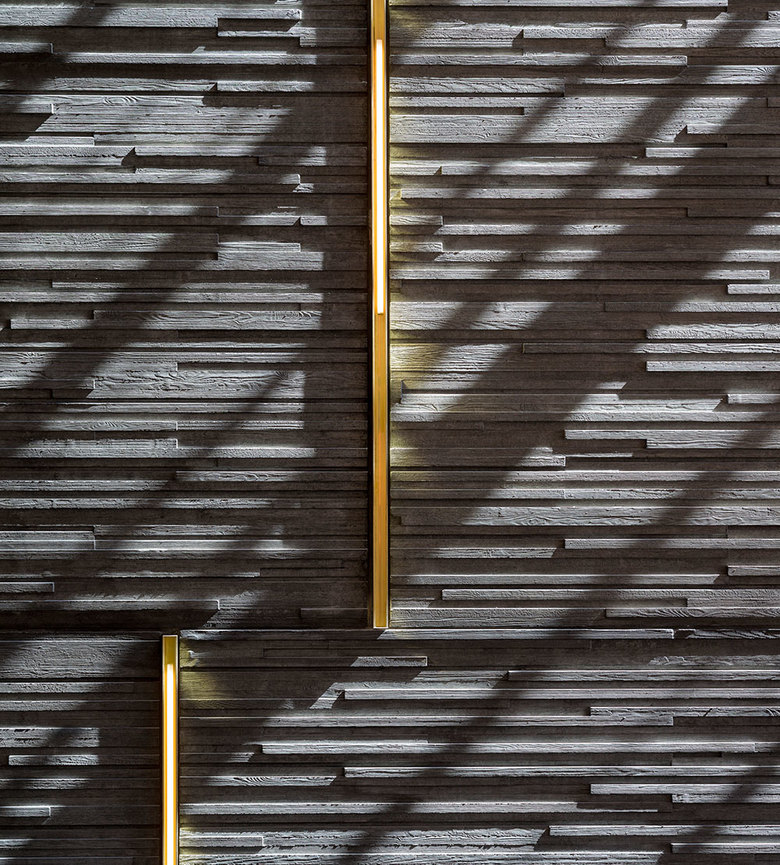 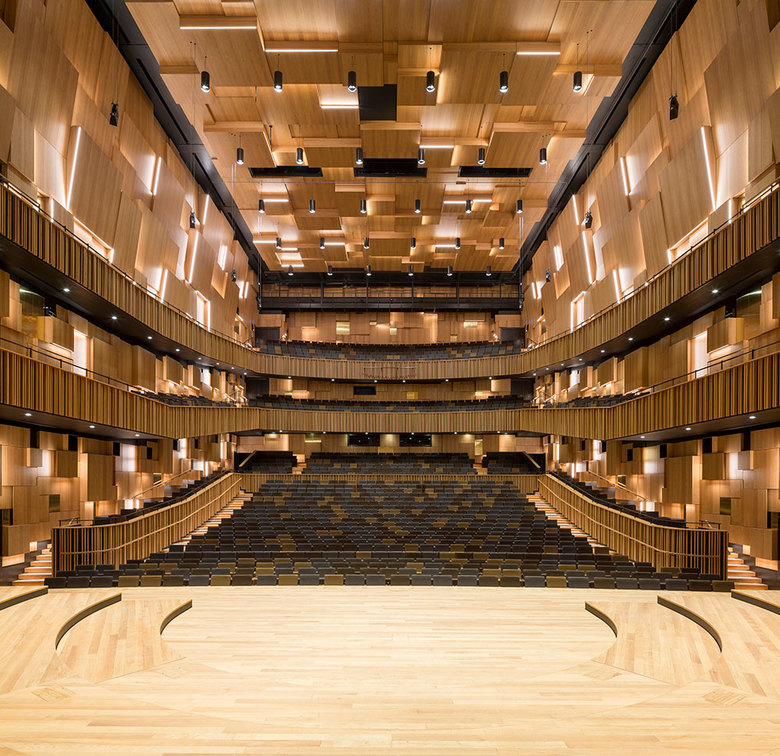 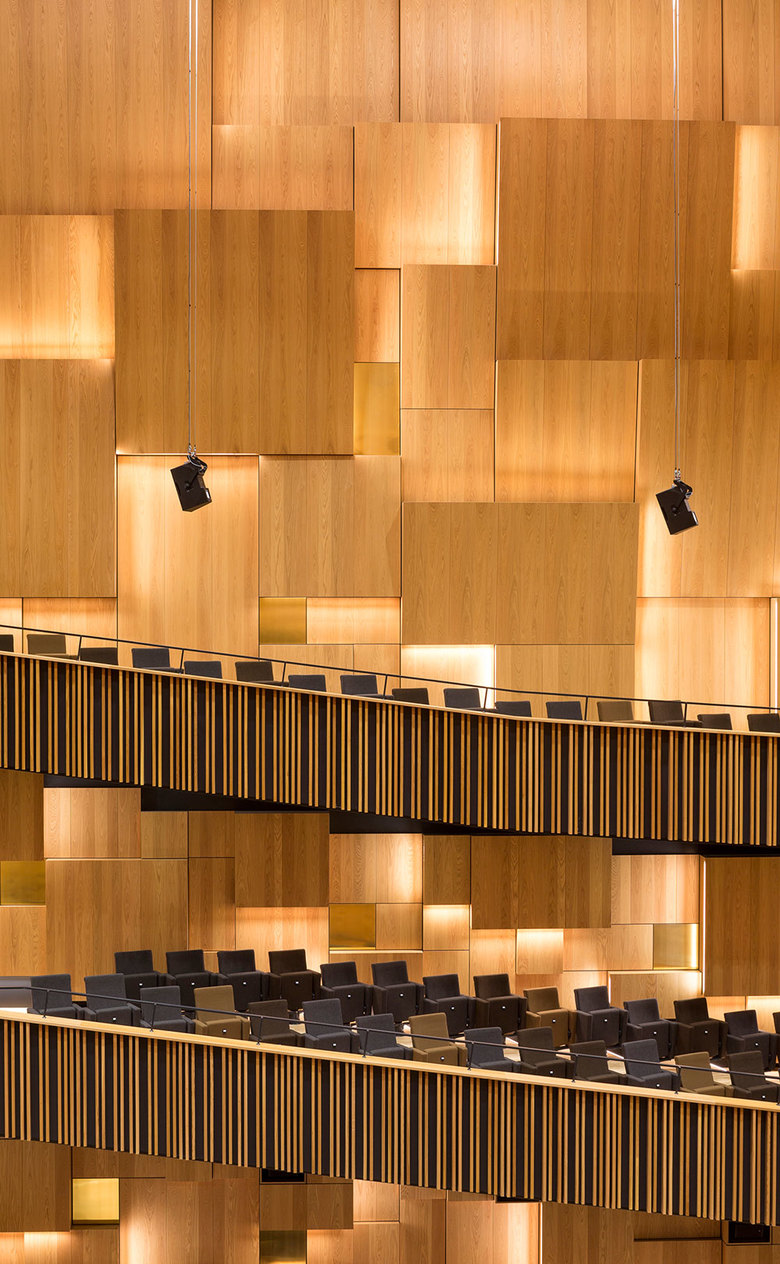 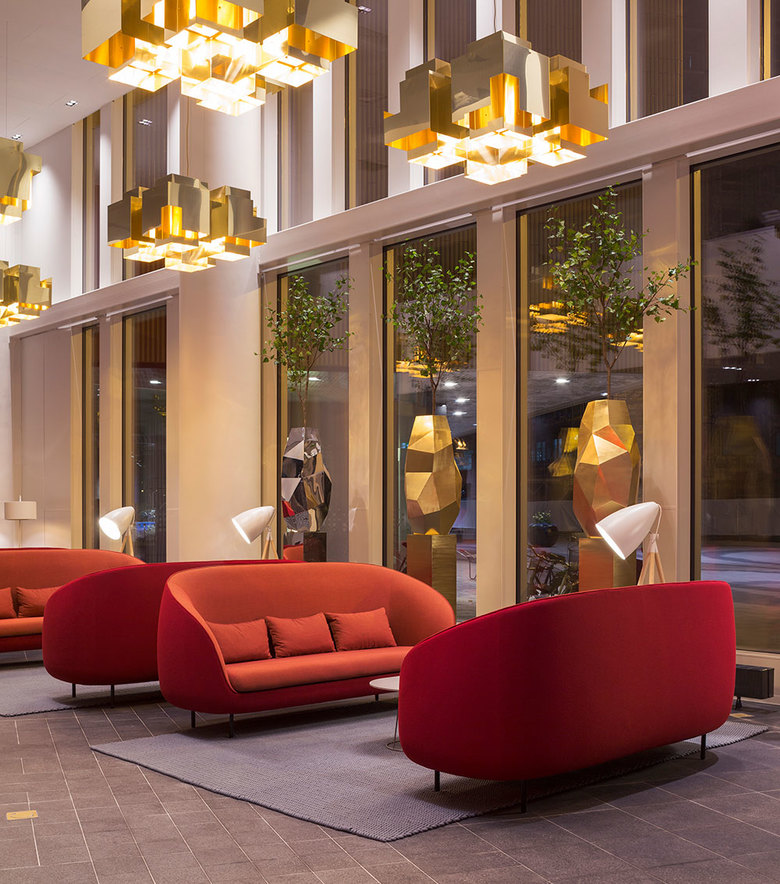 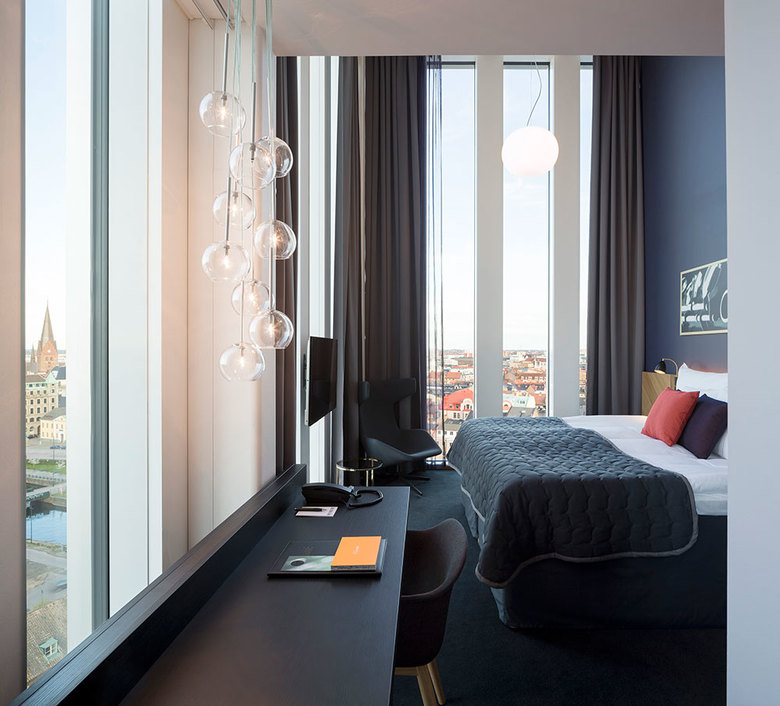 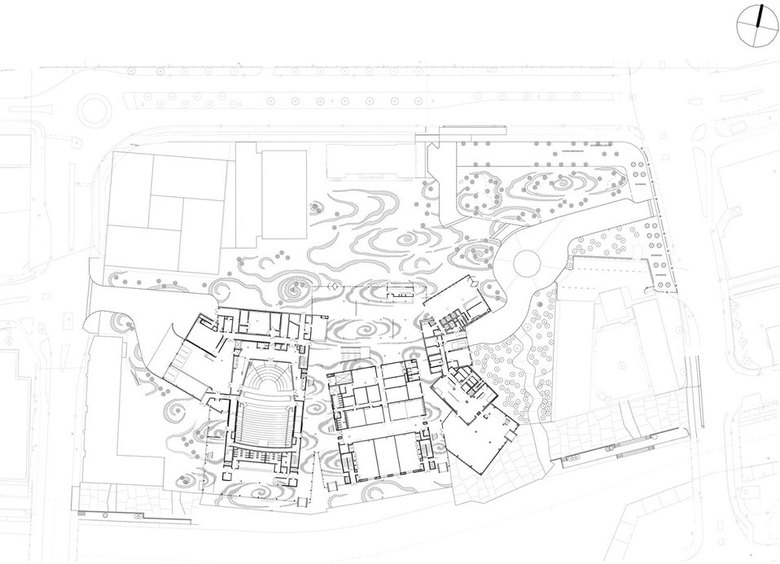 Saturday, 2 May 2015 marked the opening of Malmö Live, the new cultural centre in Malmö, Sweden. In 2010, schmidt hammer lassen architects in a team with Skanska, Nordic Choice Hotels Akustikon and SLA won a competition to design the 54,000m2 concert, congress and hotel complex. The masterplan also includes 27,000m2 for housing and commercial use.

Malmö Live is an open, expressive, dynamic building offering numerous activities within its architecture. The point of departure for the building’s design is the modern Scandinavian architectural tradition, which focuses on clear, functional organisation and an accessible, open ground floor layout. The building will become a focal point and landmark in Malmö, offering a setting in which the spirit of the city and its diversity and intimacy receive an architectonic expression.

“The idea was to create a ‘house of the city’ incorporating the architectonic expressions of Malmö to develop a building that will contribute to existing urban life,” says Kristian Ahlmark, Senior Partner at schmidt hammer lassen architects. He adds, “The context inspired our choice of materials and colours as well as the various sizes of the building’s areas, yet the building design itself points to the future.”

Malmö Live is situated on Universitetsholmen in Malmö. The building consists of cubic areas that are twisted and given different sizes to match the directions and heights of buildings in the surrounding city. The facades are designed with a homogeneous expression to make the composition appear as one architectonic sculpture.

The main entrance is found at the northern part of the building, which has a classic loggia motif facing the plaza in front. From the south, visitors enter the building directly from the promenade running along the canal. The different functions of the building are organised as separate elements to resemble a small city. The lobby becomes the street, which runs through the entire ground floor and ties everything together. Like medieval cities, which had curved, narrow streets organised around plazas and squares, the lobby is designed to form small gathering places and recesses where visitors can stop, sit and enjoy the view of the canal and the park.

“We have broken the building mass down into smaller entities that interact with the context. The clearly defined volumes also create a hierarchy in the way in which the building is perceived. The exterior expression uses the city’s scale and its colour and materiality as a starting point. Here, qualitative and differentiated spaces are created around the building in conjunction with the surrounding buildings. These spaces include a common space for skating or watching football on a big screen, a green park path, a new promenade along the canal to the south and two large wooden decks that connect the water and the building,” says Kristian Ahlmark.

Inside, three volumes hold a large symphony hall, a flexible hall and a conference hall, which are clearly defined elements that, through their mutual composition, set the tone for the musicality of the building. The three building masses have an almost-urban scale that supports the idea of 'a city within the city'. The interior is simple, consisting of rough black concrete, stone, wood and brass. The street life outside is drawn directly inside to support the open nature of the building.

In the concert hall, the mood changes. The hall is an intimate space outfitted in oak and brass.

"We worked in very close cooperation with Akustikon to achieve two things: an absolutely world-class sound and a room with a musicality that works with the music, like sitting inside an instrument. The result is a composition of cubic elements. Each surface has a function, angle and size that supports the acoustics. Light is integrated into the walls so the mood can be changed depending on what is being performed in the hall," concludes Kristian Ahlmark.

The official opening of the Concert Hall will be held on 26–28 August 2015. On 4 June 2015, the new outdoor areas within Malmö Live were inaugurated.