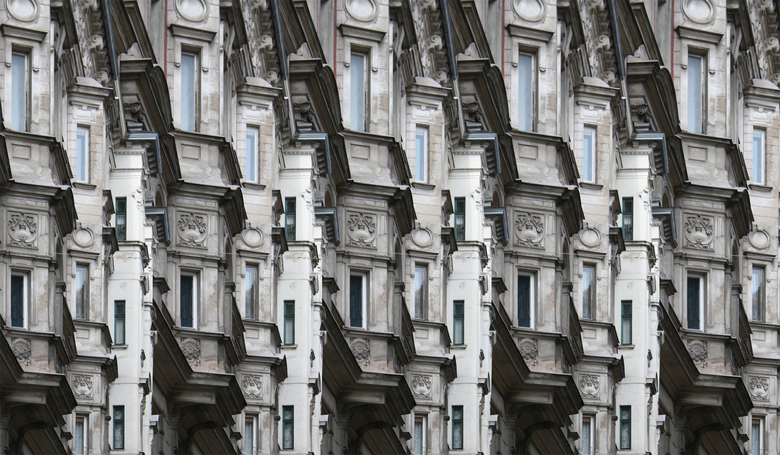 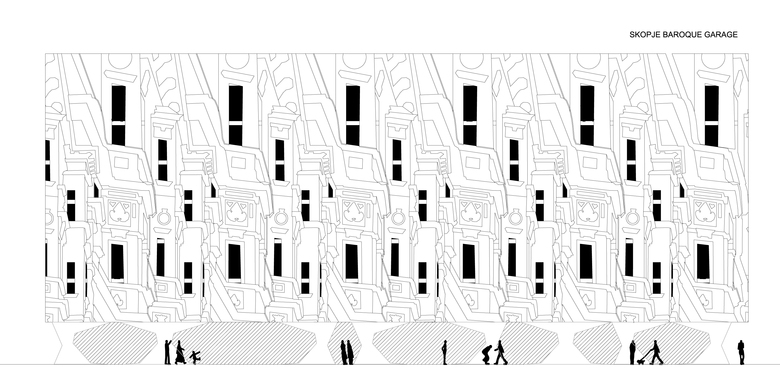 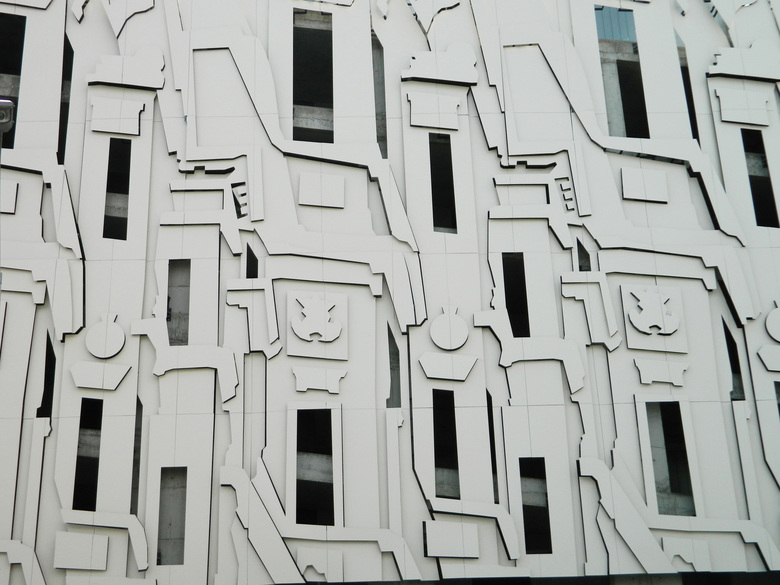 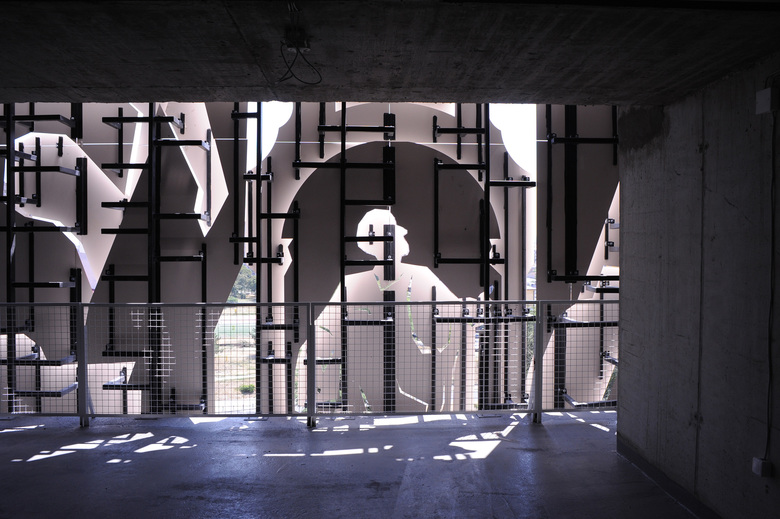 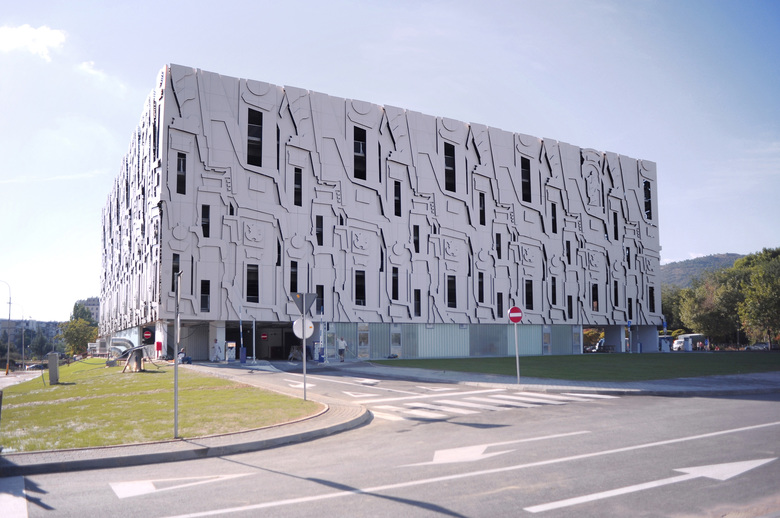 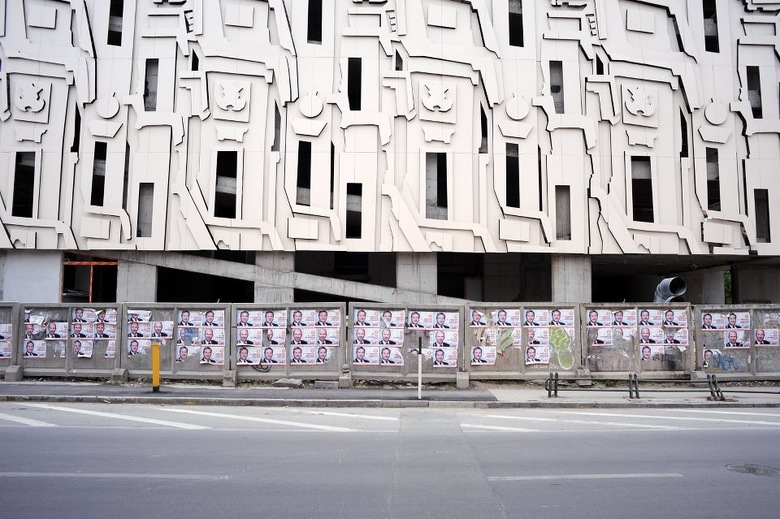 It all started with a bizarre competition invitation: A car park with 320 parking lots, shops and offices was to be developed in the centre of Skopje. Style: neo-gothic or baroque. No surprise for anybody familiar with construction practice in Skopje in recent years. After the 1983 earthquake, Skopje was redeveloped under UN supervision according to a master plan by Kenzo Tange. Since the disintegration of Yugoslavia, Macedonia has been in search of identity. Nurturing a pro-European and civil attitude itself, the current government strives to establish these objectives in architecture, too. Historical public buildings, monuments, even a triumphal arch, are developing in the centre of Skopje.

PPAG interpreted the city’s request for a baroque appearance in a way that is only possible today. Images showing distorted perspectives of street façades were made into a collage, put into 3 dimensions, divided into four levels and joined together to form an endless pattern – resulting in faint memories of the familiar mixed with innovative experience, both in terms of technique and content. The elements were laser cut from cladding panels that are white on the outside, waste-free. Daylight penetrates this torn chassis, casting silhouette-like shadows on the cars. In the evening, light emanates from the car park, its façade quasi becoming a lampshade. By night, light flashes through the façade and the car park resembles an over-dimensioned lamp in the cityscape. It leaves both an ethereal and strong impression on the beholder. Whether the car park could be regarded as an Aeolian harp, remains to be seen. In any case, this 21st century façade definitely seems to have struck the competition initiators’ nerve, or should I rather say, fulfilled their desire for identity? Architecture as a productive misunderstanding, as it were.

(The façade gives a methodical answer to what interventions could look like in European city centres from Paris to Milan. They should do justice to public sentiment without repeating history, which, we know, is impossible anyway.)