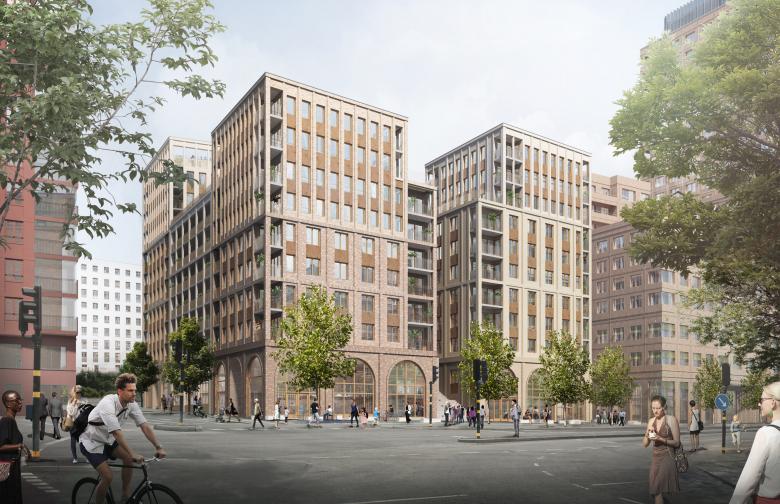 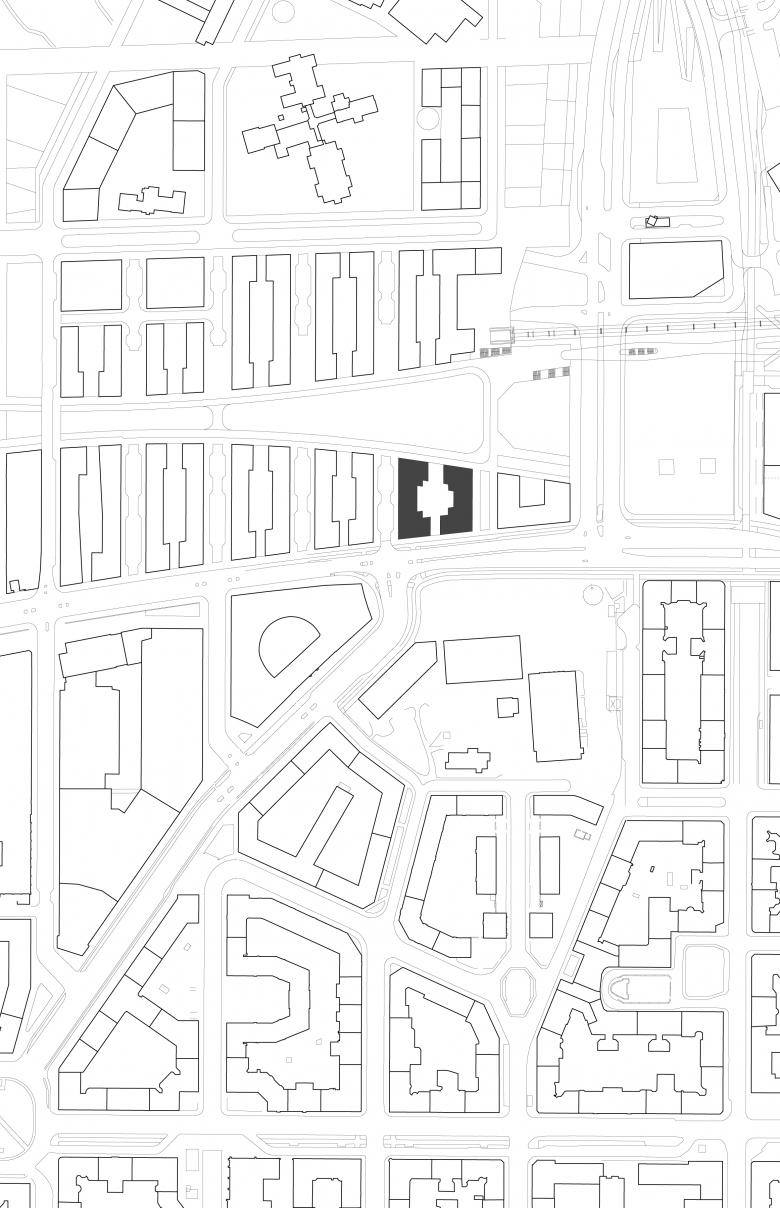 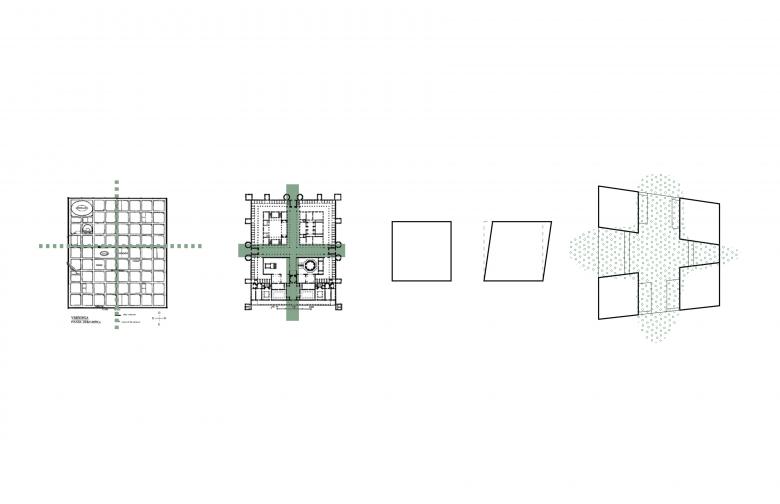 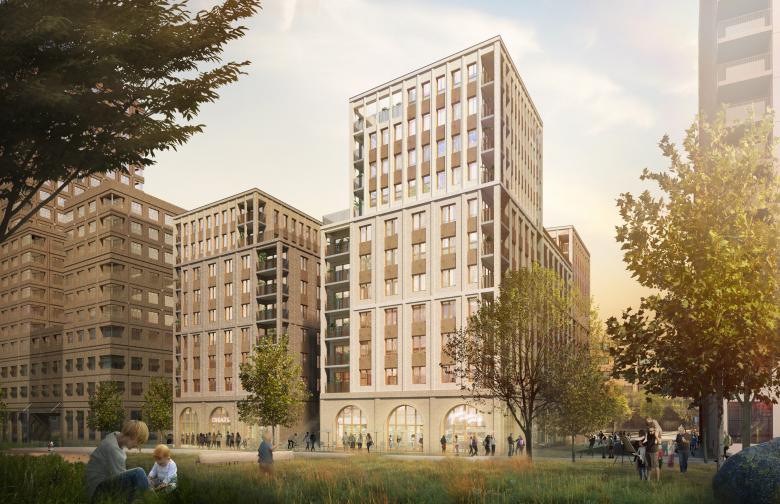 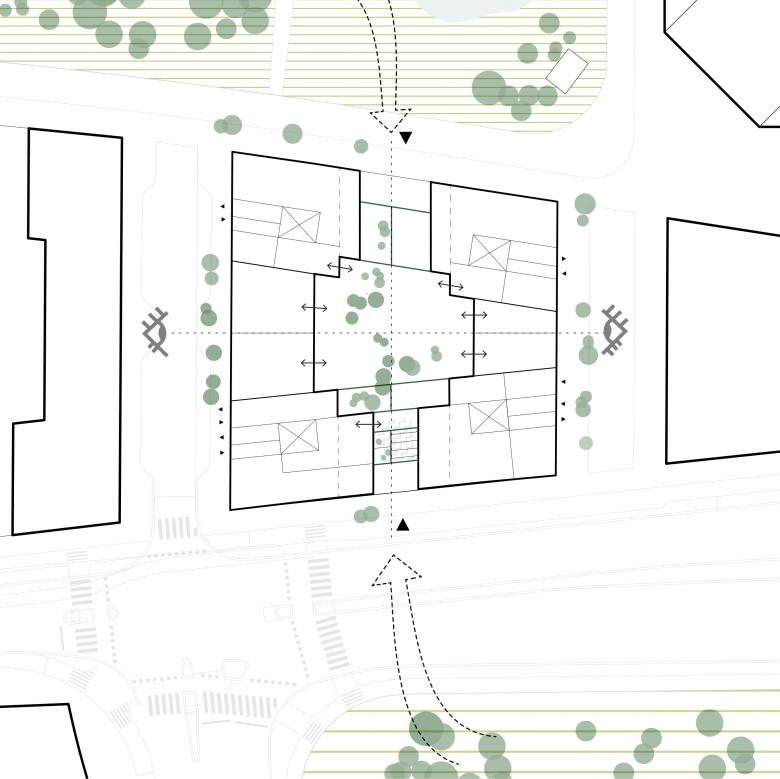 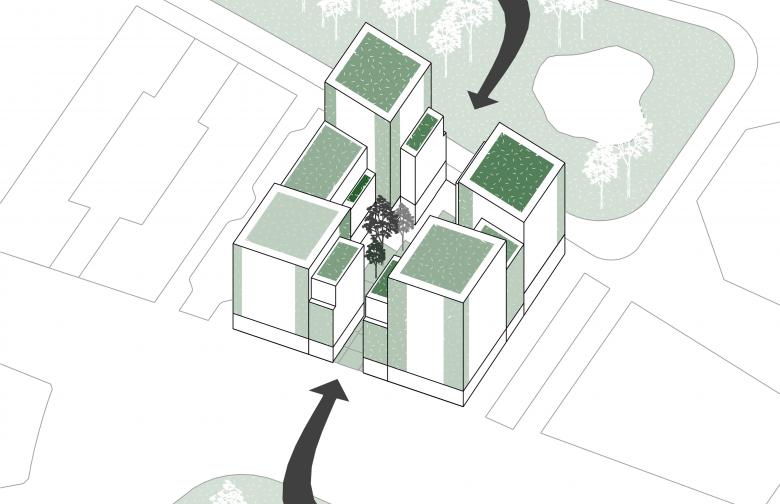 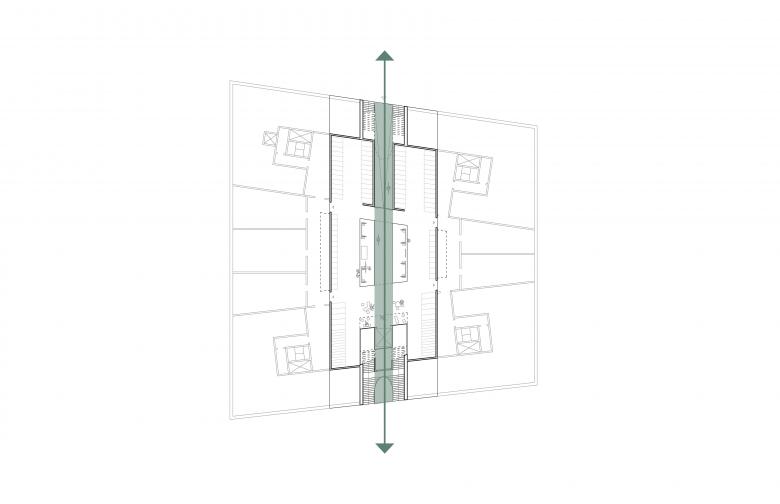 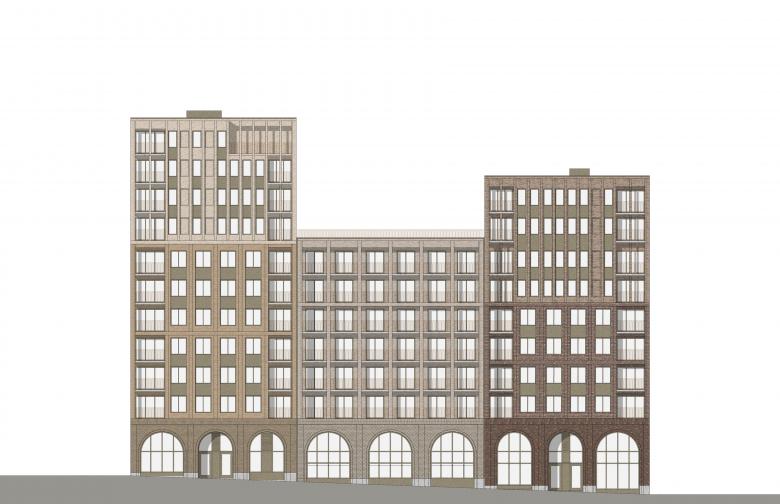 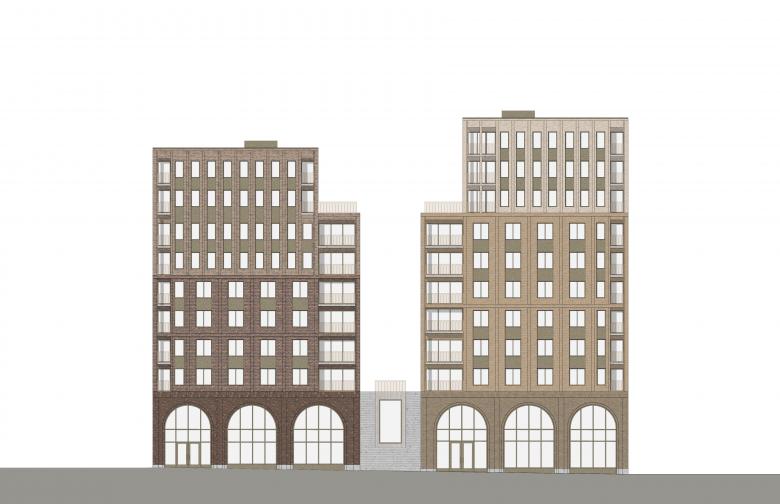 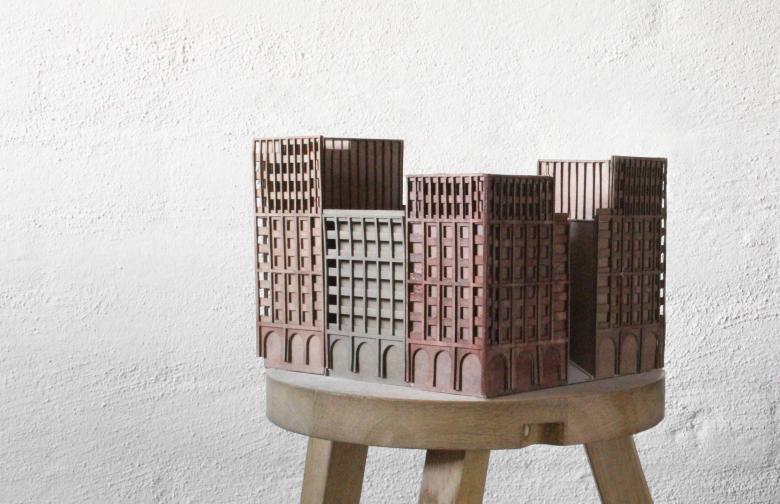 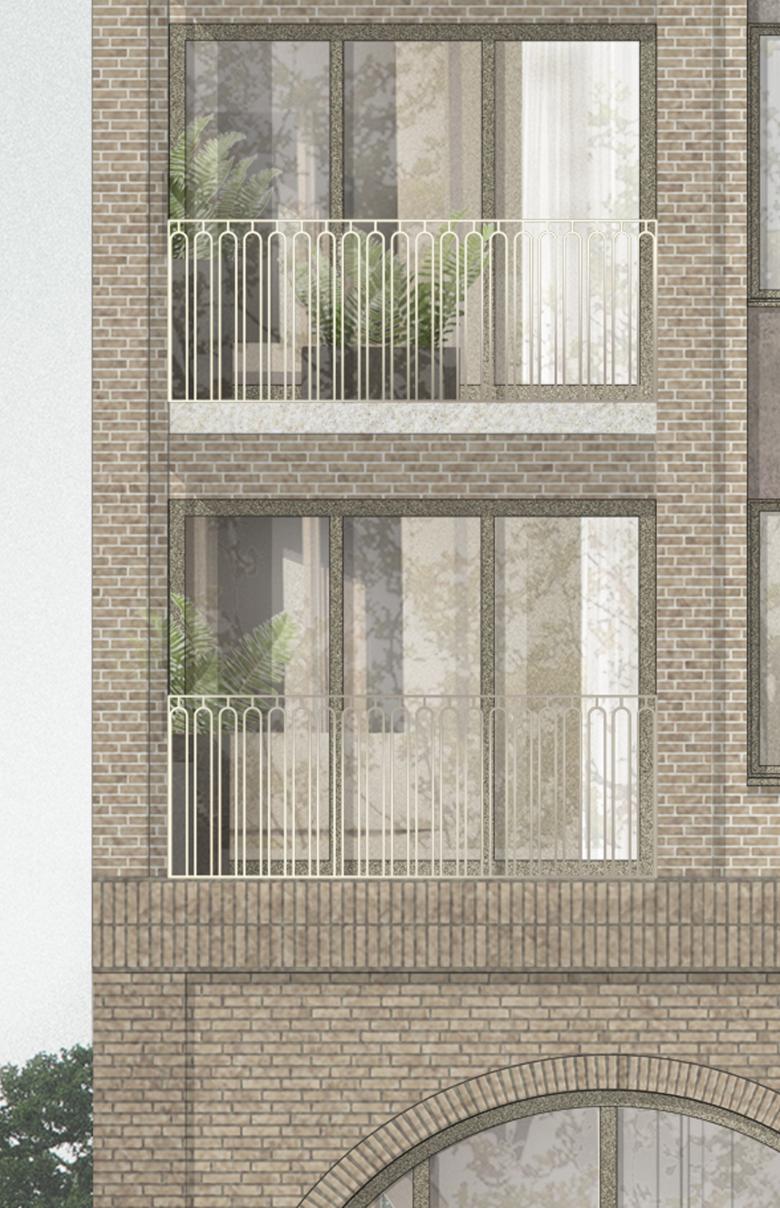 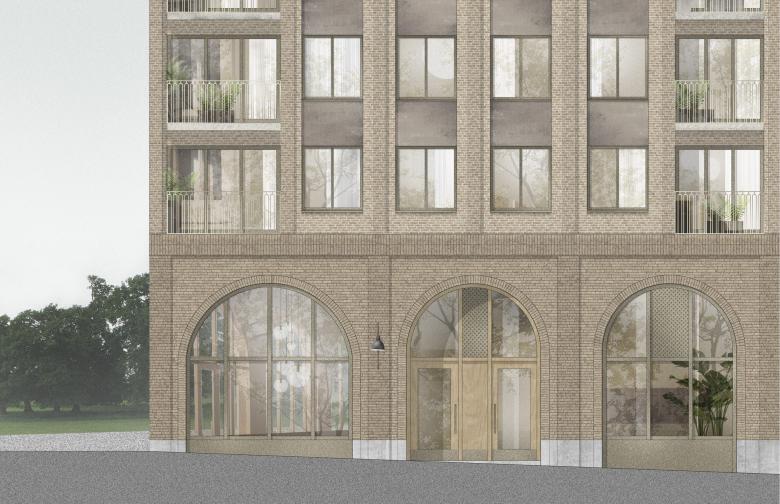 The new plans City of Stockholm has developed for Norrtull and the eastern Hagastaden entail that Stockholm will acquire a new northern entrance to the inner city, provided with a new school, sports facilities, student and elderly housing, a hotel and a new square, as well as many more amenities. Previously characterized by unused land and an abundance of infrastructure, Hagastaden’s transformation into an inner-city district where Stockholm and Solna meet is scheduled to be finished in 2030. The main objective of the council is to remove present barriers and facilitate free movement between neighbourhoods through a dense, vibrant urban environment with connections to the Royal National City Park. Ribosomen, located within the new detailed development plan for eastern Hagastaden, is a new residential scheme, inspired by the classical 19th century urban typology and the iconic brick architecture of Vasastan, designed by architects such as Cyrillus Johansson, Ragnar Östberg and Edvard Bernhard. The project is being developed by Kjellander Sjöberg and Humlegården after winning a competition for the site.

The footprint of the block is shaped like an asymmetric trapezium with towers in each corner and lower interconnecting buildings in between. The concept is based on a subdivision created by two perpendicular axes which delineate main pathways and a green inner courtyard at their intersection. Access to the courtyard, the two adjacent parks as well as neighbouring blocks is rendered easy. The strong connection to the green open space and locating retail on the ground floor provide proximity to recreation and nature in combination with active urban life.

The layout is based on a classical urban typology dating back to Ancient Rome, defined by two intersecting axes. Applying such composition to Ribosomen has resulted in uninterrupted sightlines and strong movement flows, opening the block towards the surrounding urban fabric and generating new qualities.

During a development of any sustainable urban district, bicycling is a given mode of transport preferred. And so is the case in Hagastaden. To meet the council’s ambitions as well as create exceptional social qualities for the residents, the heart of the project is designed to become a central meeting place emphasizing bicycling. It comprises an open, bright bicycle storage, washing stations equipped with water purification systems and shared repair and maintenance stands as well as a generous bicycle lounge with a meeting room to exchange experiences, recycle parts and socialize with cycling enthusiasts. The bicycle centre is achieved by raising the inner courtyard on a podium to provide an easy and direct access from the adjacent parks.

The facades strive to define clear edges to the public urban spaces. The concept is a contemporary interpretation of the 19th century urban typology and the adjacent listed industrial buildings. The facades are articulated in brick of various shades, carefully coordinated to create beautiful patterns and vivid interplay of light and shadows. The volumes are formed vertically by a strong base, a middle part, and an articulated crown; classic composition making the scheme into a natural component of the area and a new “growth ring” in Hagastaden.

The design and articulation of all individual parts and details of the building volumes are both essential to Ribosomen. The relief patterns of the brick walls clarify the subdivision of the volumes, both vertically and horizontally. An interplay of recessed and classic window niches creates a lively expression and gives added depth to the façade. Complemented with wrought iron balcony railings and arches on the ground floor and robust wooden details around the entrances, Ribosomen becomes an inviting scheme in unison with its historic surroundings.

Other Projects by Kjellander Sjöberg