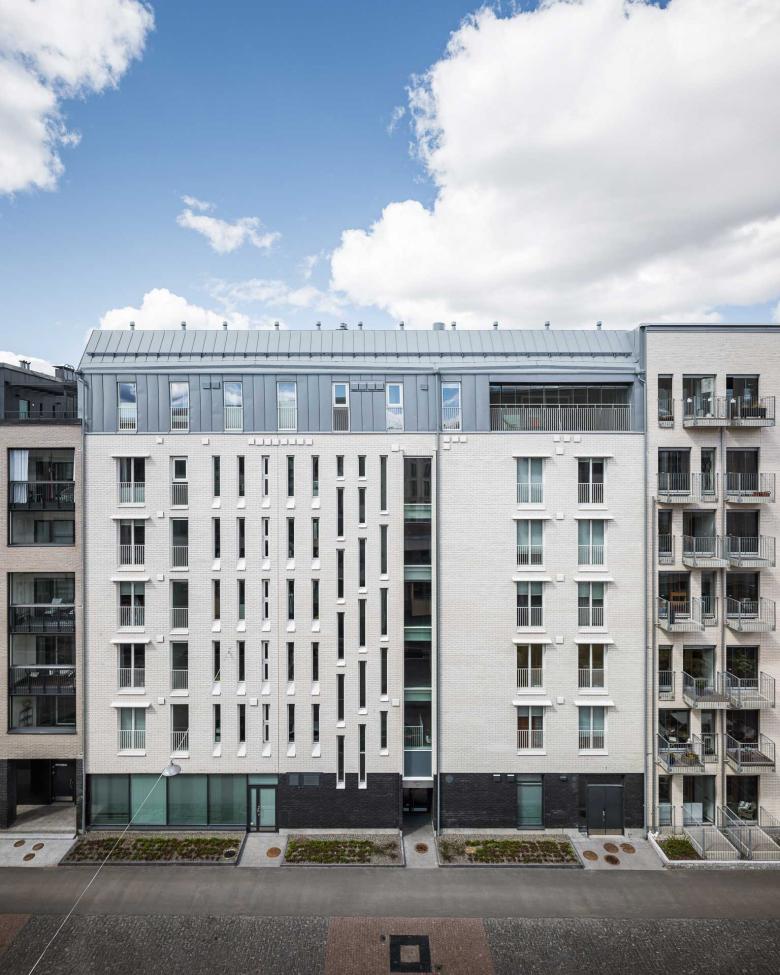 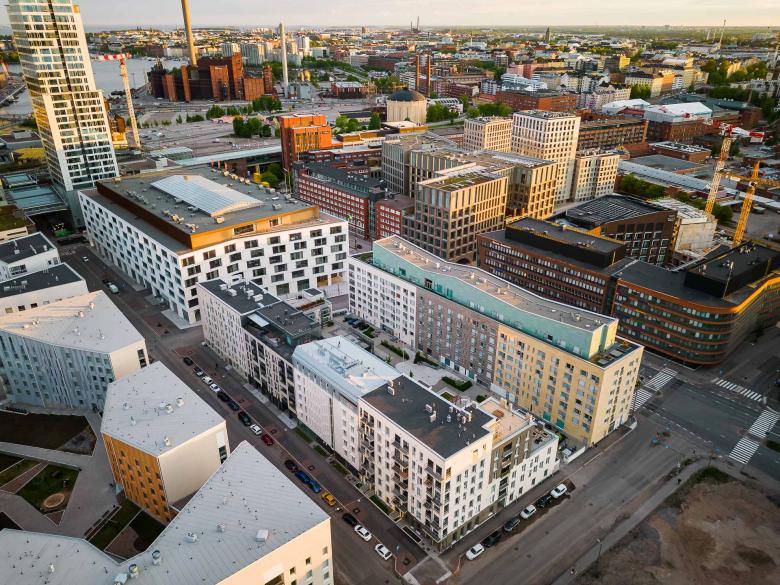 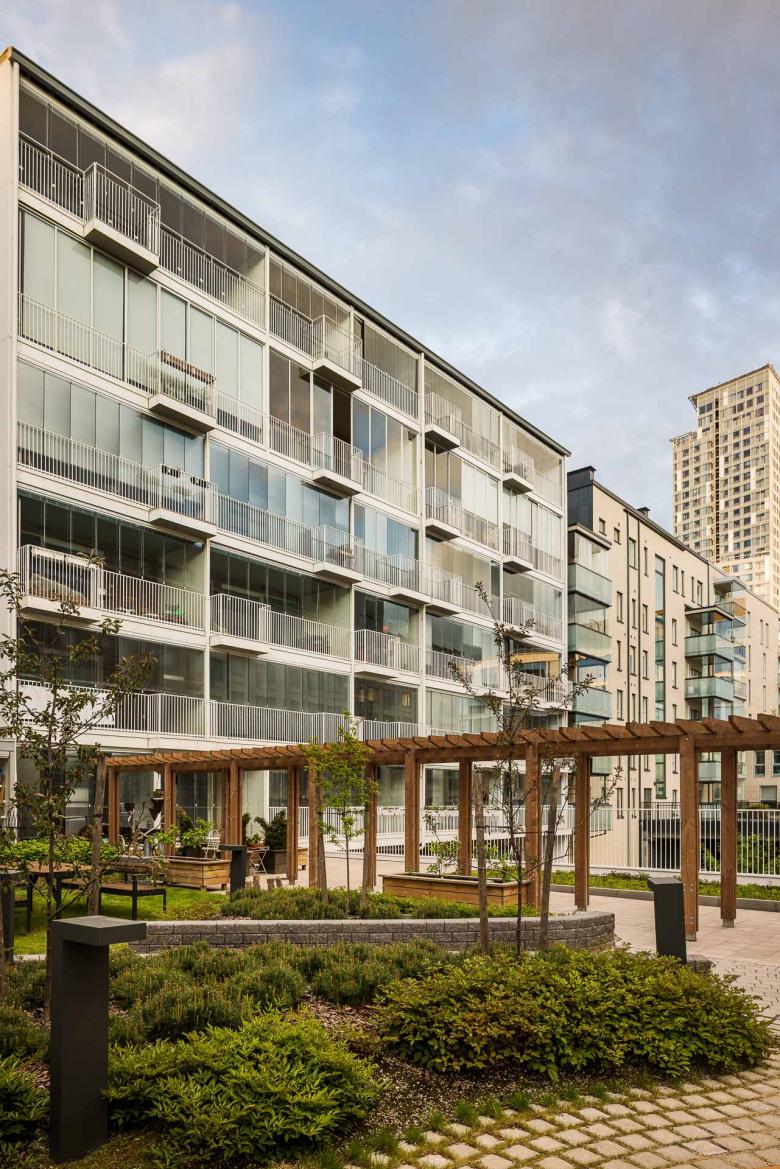 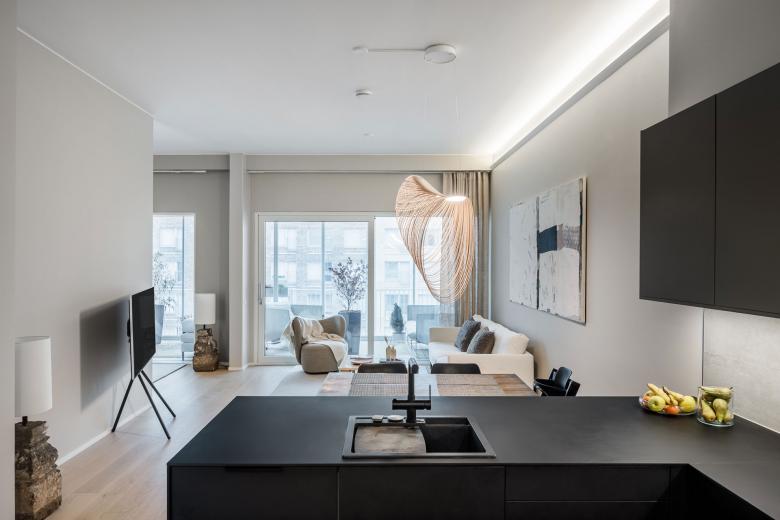 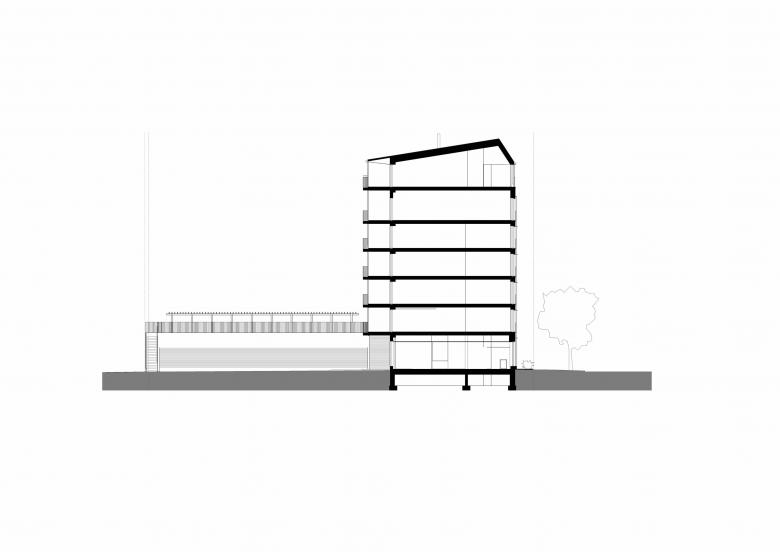 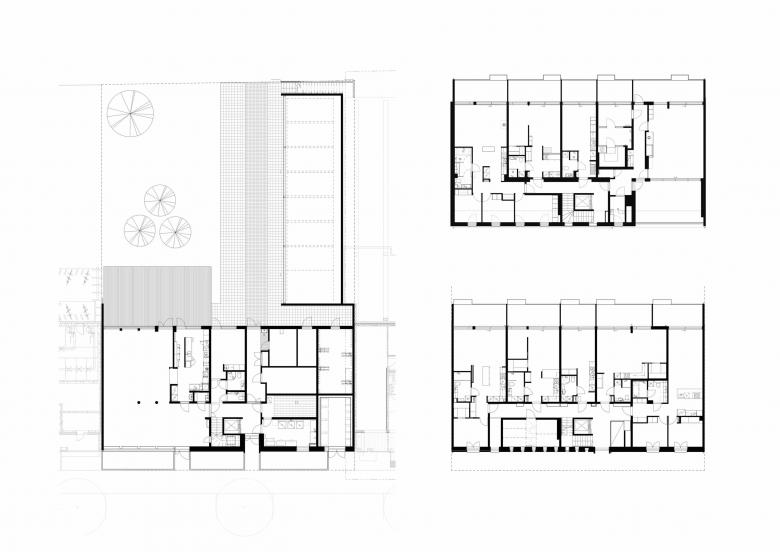 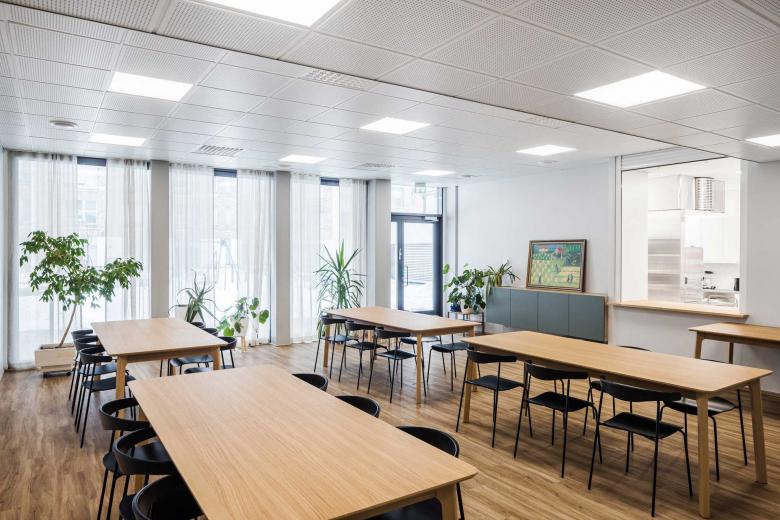 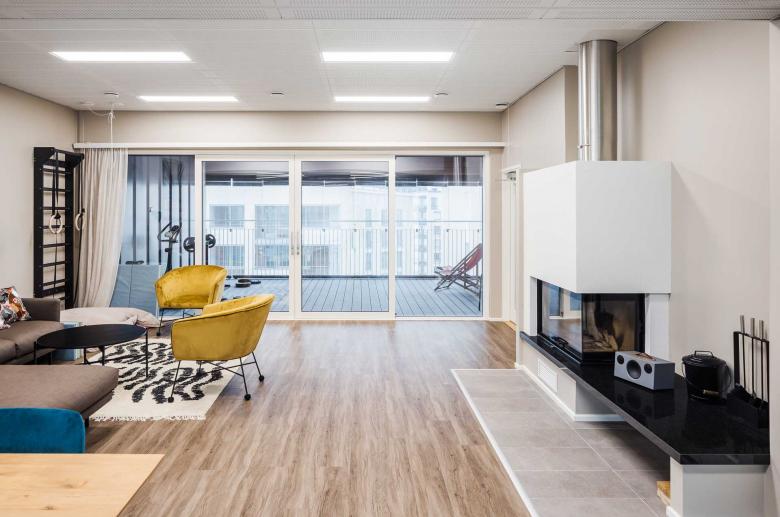 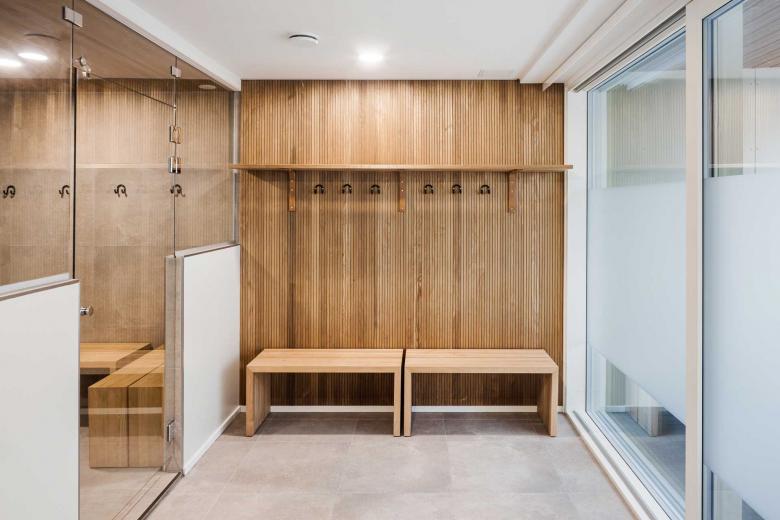 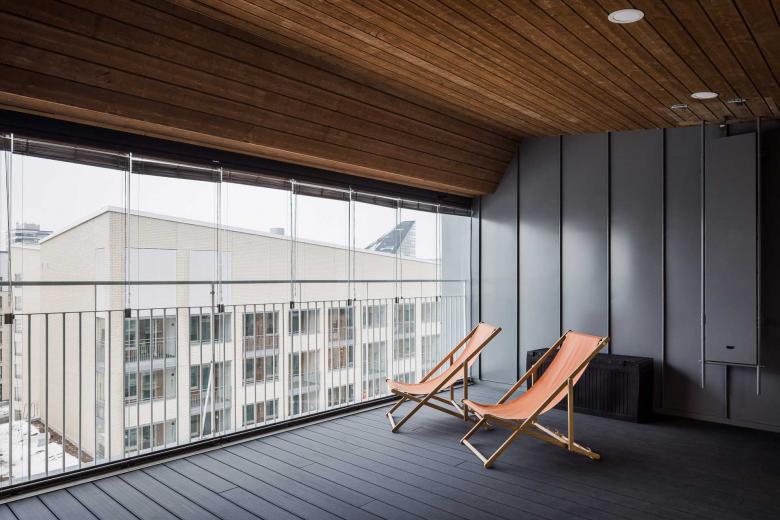 The owner-occupied development Sintti in Kalasatama has a strong communal character. The occupants have invested in quality shared spaces and the individual homes are tailored to the specific needs of each resident.

Sintti was designed in collaboration with the residents and the architects using a progressive design method developed by our office through previous co-design projects. Along with Sintti, the Kalasatamankatu side of the block consists of three other owner-occupied developments. The builder was the owner-occupied development association Stadiin ry.

As a result of the intensive and multi-phase planning, Sintti has 26 unique apartments in addition to a variety of communal spaces across the building. At street level, the commercial spaces opening in two directions required by the masterplan, have been adapted instead into a residents' communal space and a commercial kitchen for all to use. Facing the courtyard there is a popular guest room for the residents’ visitors. There is also a communal laundry at street level and a spacious well-equipped workshop on the second floor opening onto a roof terrace. Half the top (seventh) floor is shared space: a large sauna area and a multipurpose lounge with a fireplace, opening onto outdoor spaces facing both the morning and evening sun.

All the apartments have a glazed balcony on the courtyard side. A small overhang extends the balcony in an alternating pattern - the balcony of the balcony.
The courtyard did not turn out to be a uniting element of the entire block as desired, even though there are various joint arrangements with the neighbours. There is a green terrace on top of the carport, which can be reached from the outside stairs and from the workshop. The storage facilities for outdoor equipment are in a heated space behind the carport, whereas the individual storage cages are located conveniently near the apartments on each floor.

We are currently planning a new, slightly larger project for Stadiin ry, As.Oy Ankkuri, a few hundred meters away by the Verkkosaari canal.

The area is well connected with public transport, the Kalasatama metro station is a few hundred meters to the south, and tram and bus traffic will run past the block along Hermannin rantatie. Services are close by provided by the new Redi Shopping Centre along with the Health and Wellness Centre. Cultural areas nearby are Suvilahti and Teurastamo.

Names have played a big part in remembering the seagoing history of the former industrial port area. Kalasatama itself means fish port, and this project Sintti – a minnow, a little fish, is the small building in the block. Further afield in Kalasatama we have also completed two senior co-housing projects, Kotisatama (home port) and Loppukiri (the last spurt).

The Helsinki tradition to name blocks from the 19th century has been revived in Kalasatama. Sintti is in a block named Viehe (a fishing lure), in an area where the blocks have been named with words associated with the sea, for example, our Atrain (a trident) block that was completed in 2022, and nearby Katiska (a fish trap) and Haavi (a hand net). Further south the blocks have been given various slang words heard in the past around the port such as Fiskari (fisherman), Kippari (captain), and Junkki (cabin boy). Many streets are also named after old steamships which used to pass through often like Ariel, Capella, and Leo.