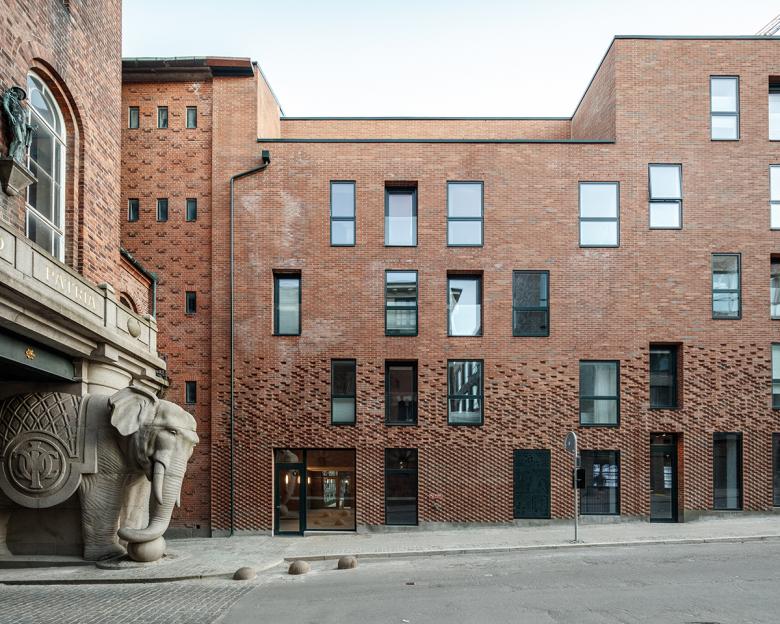 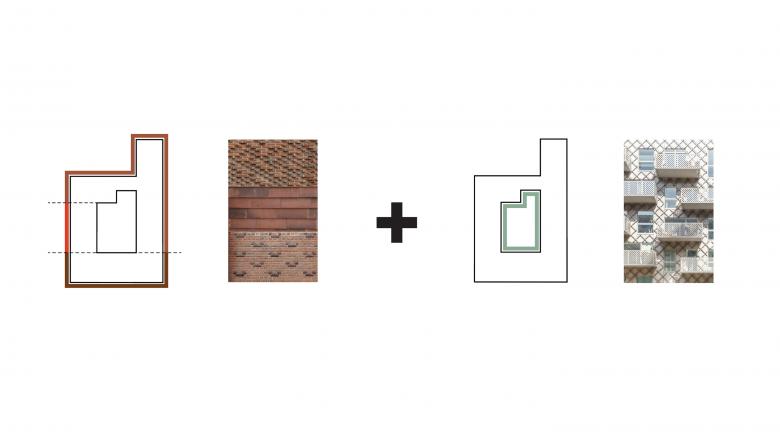 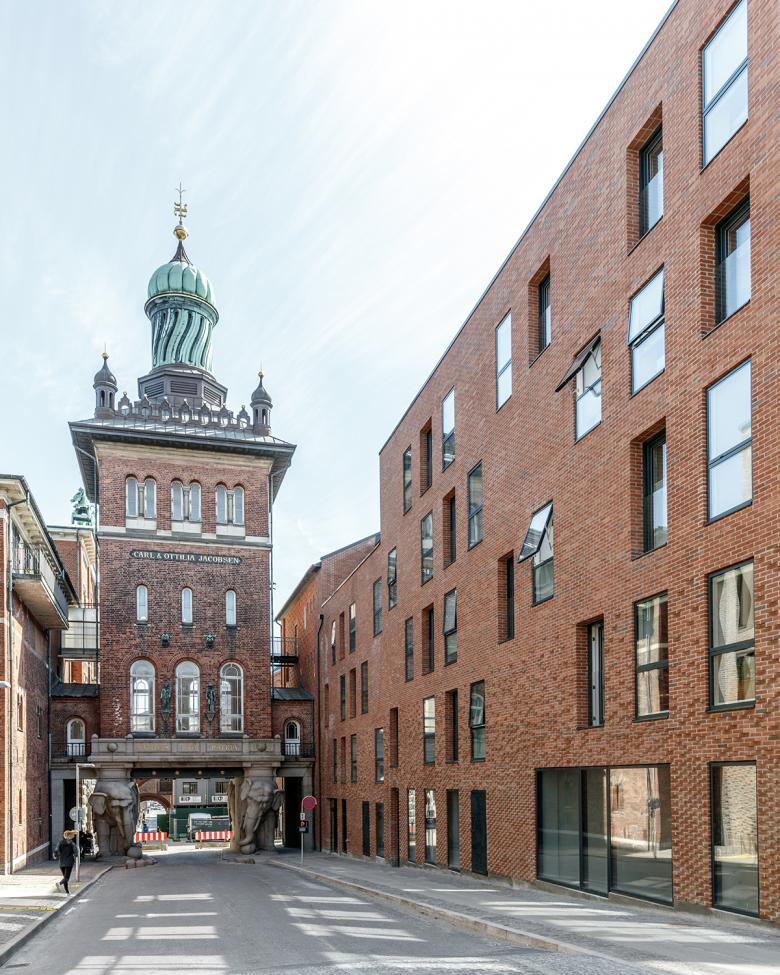 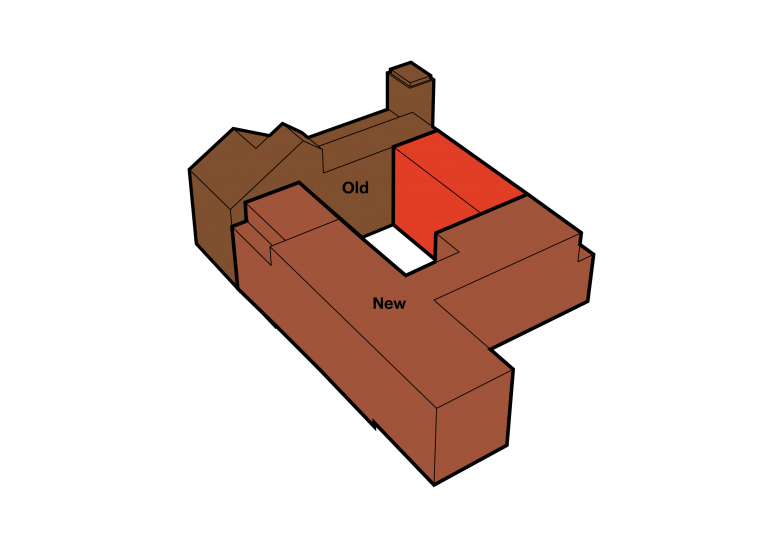 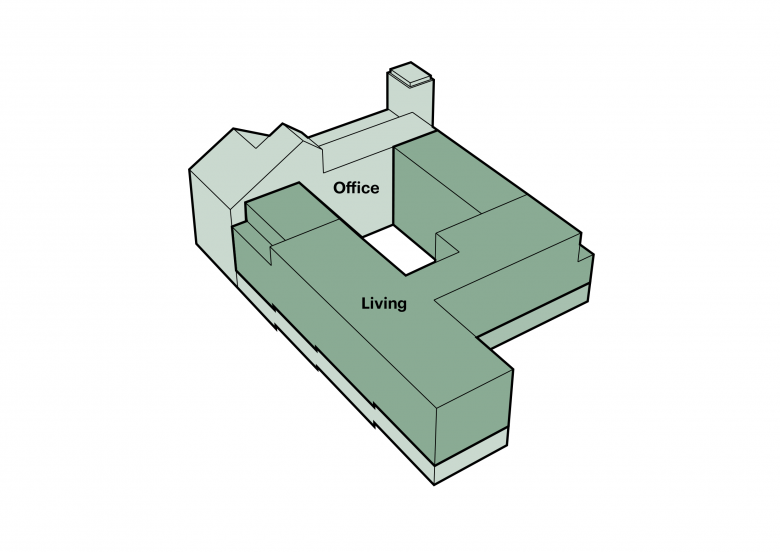 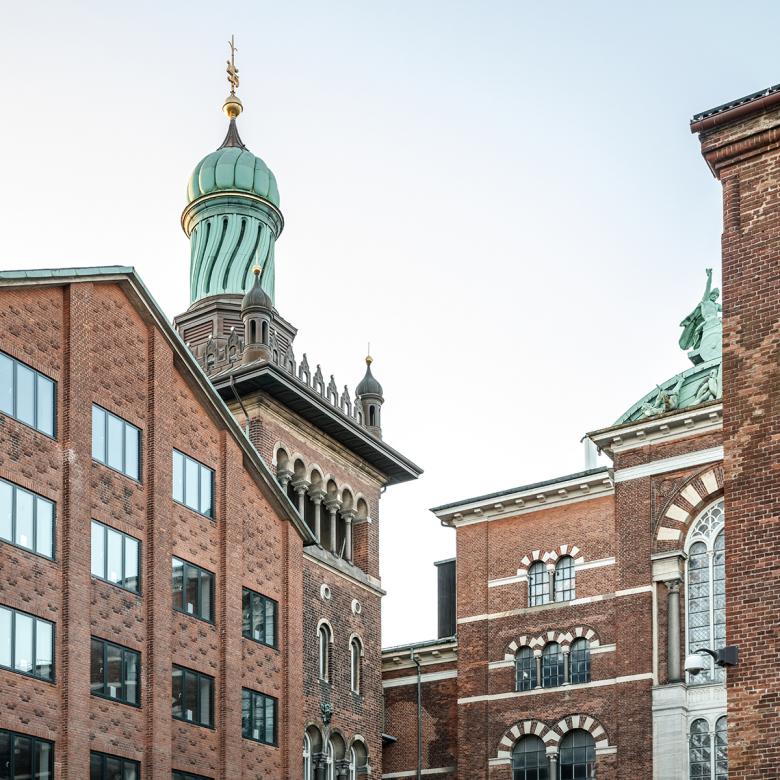 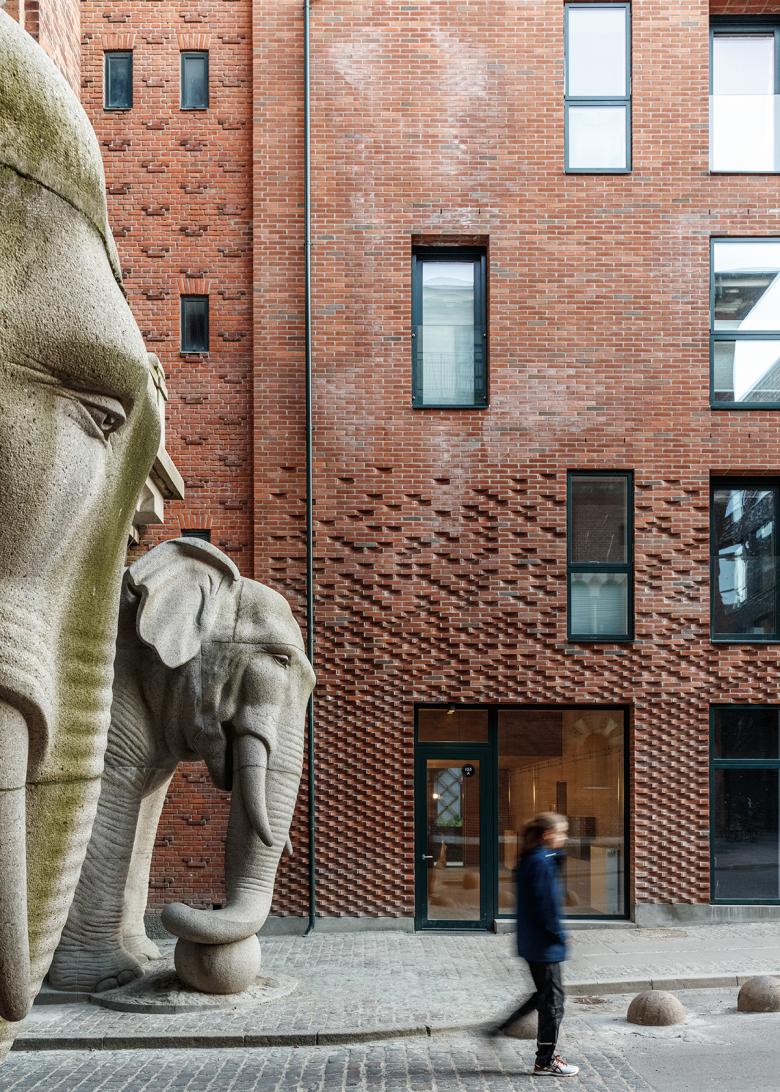 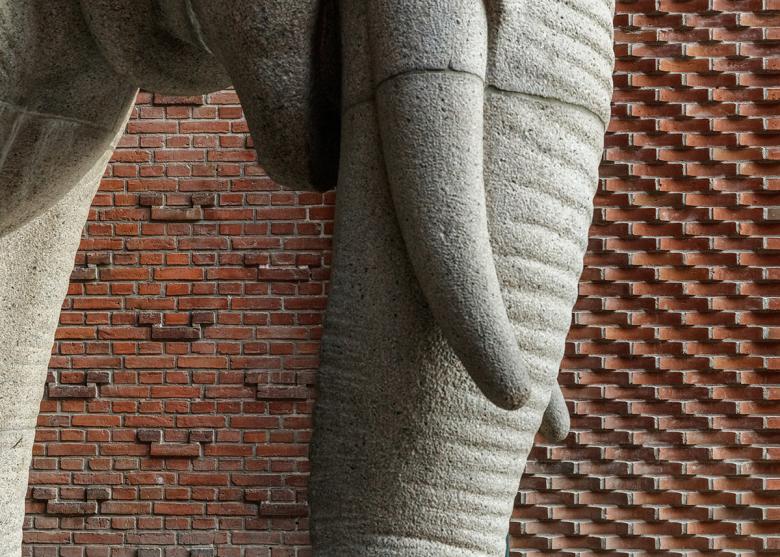 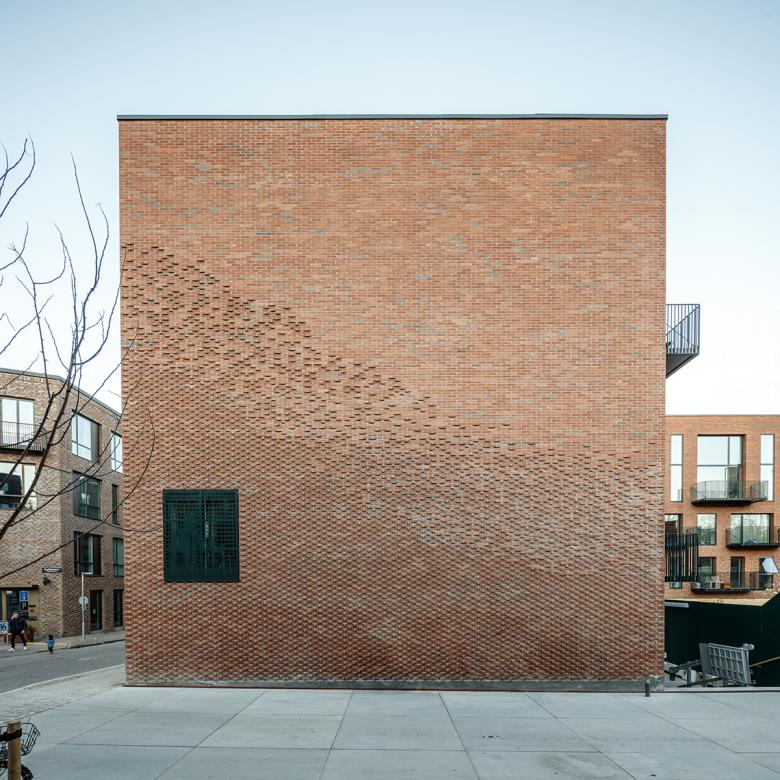 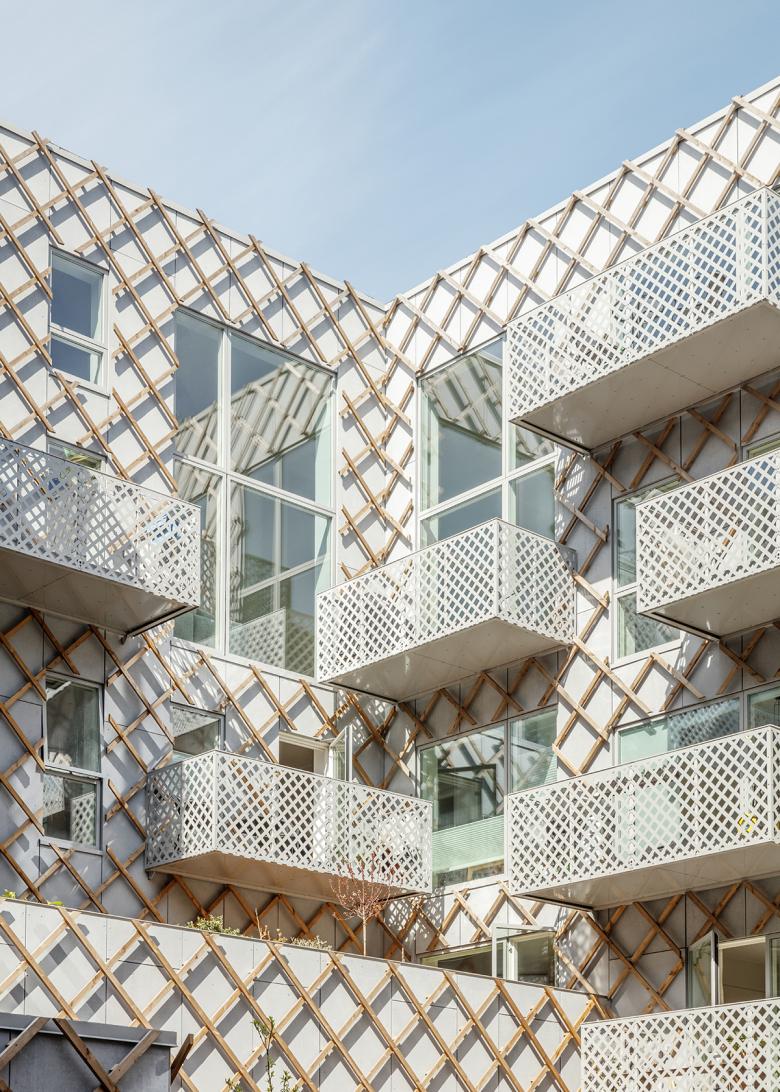 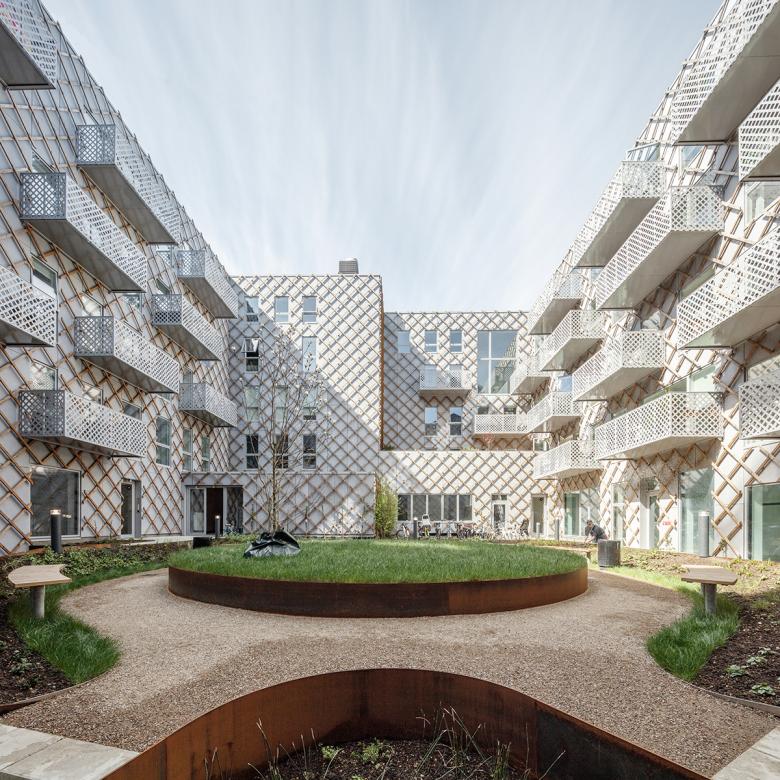 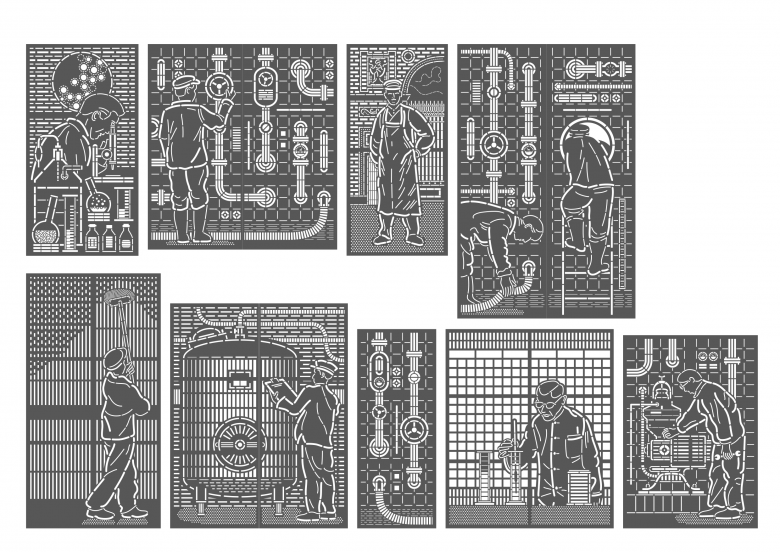 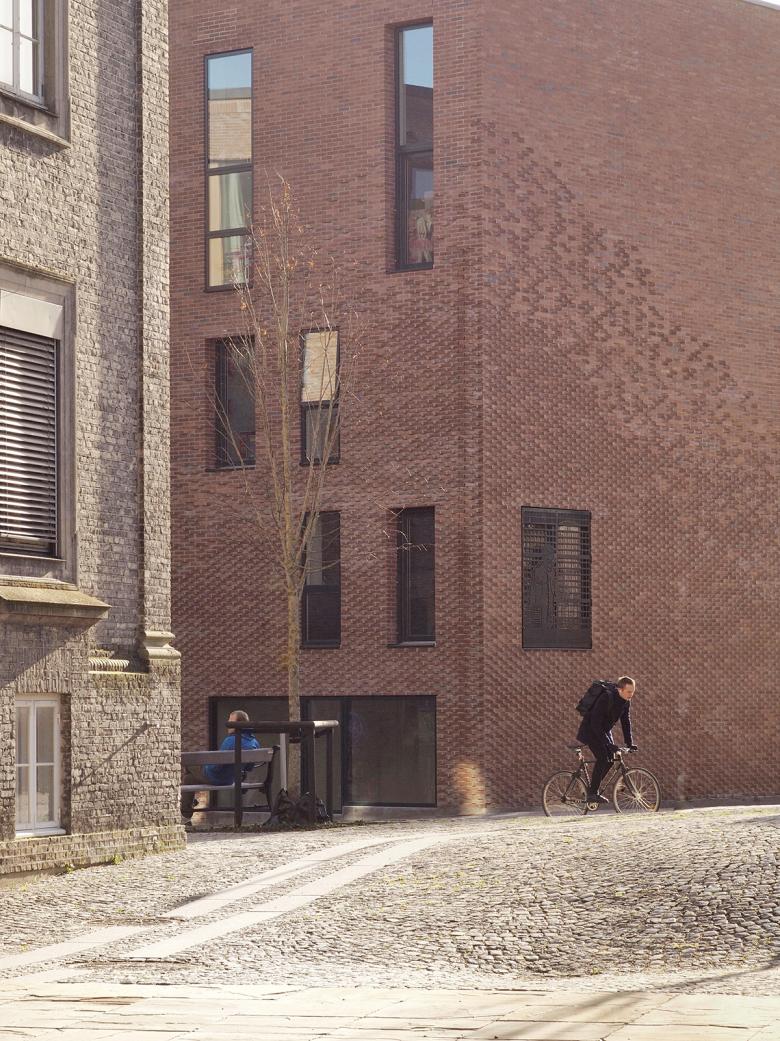 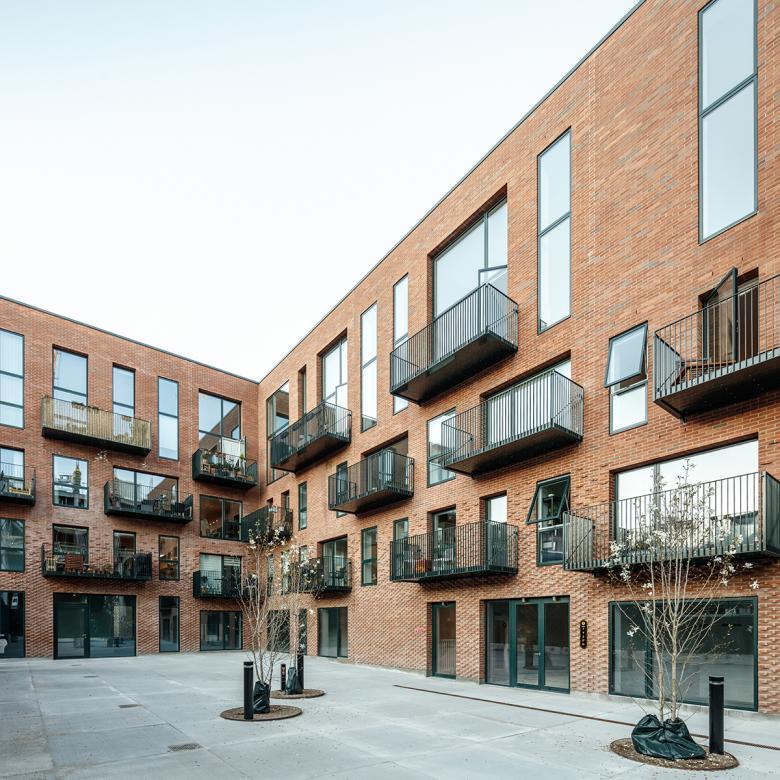 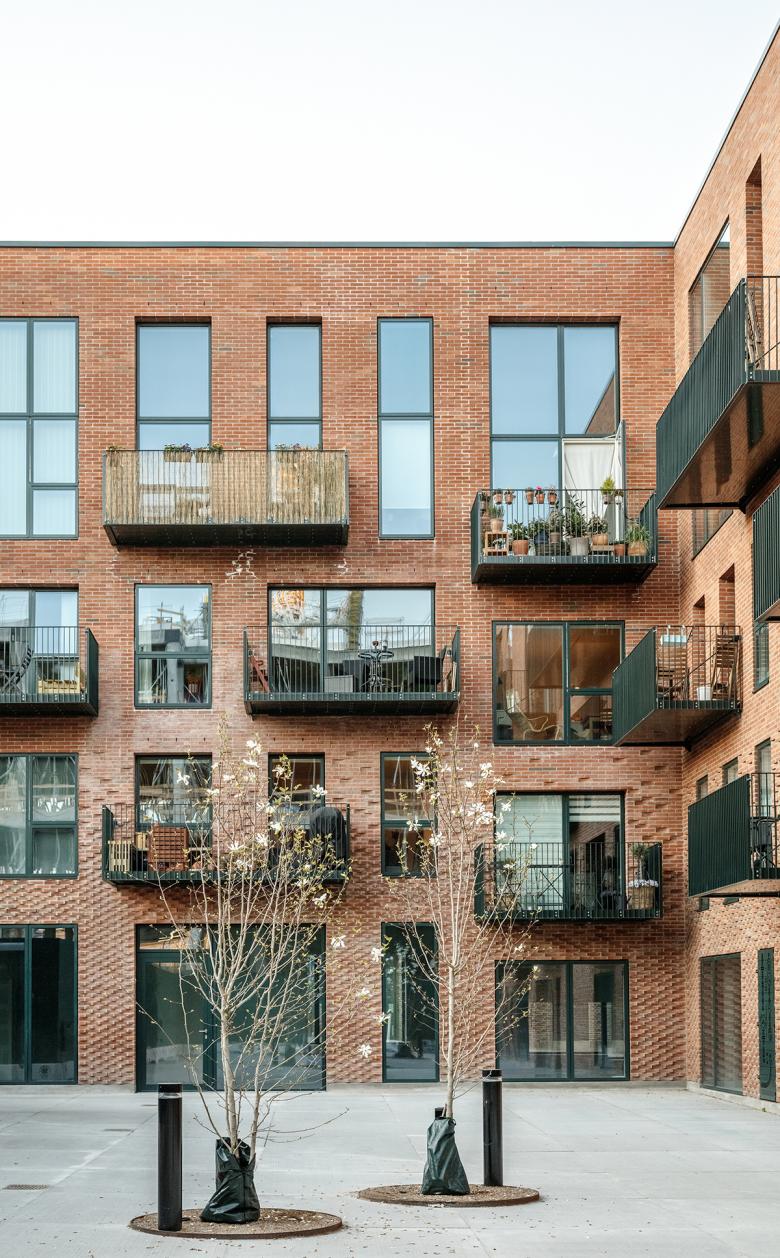 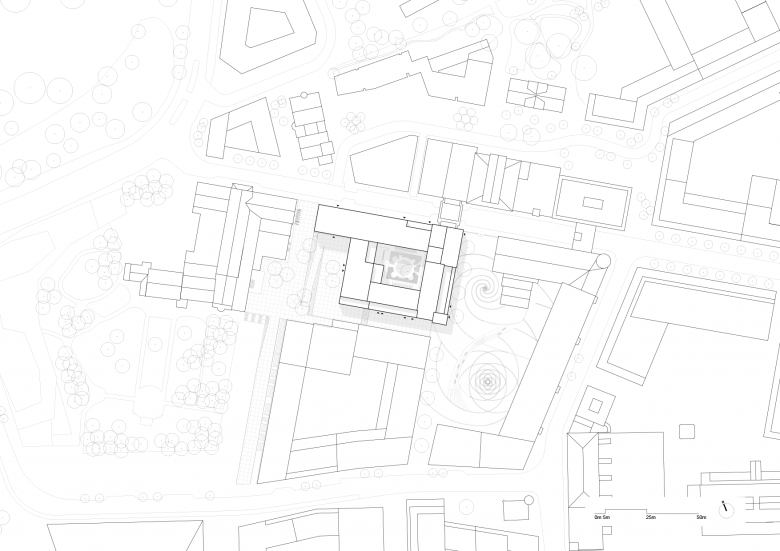 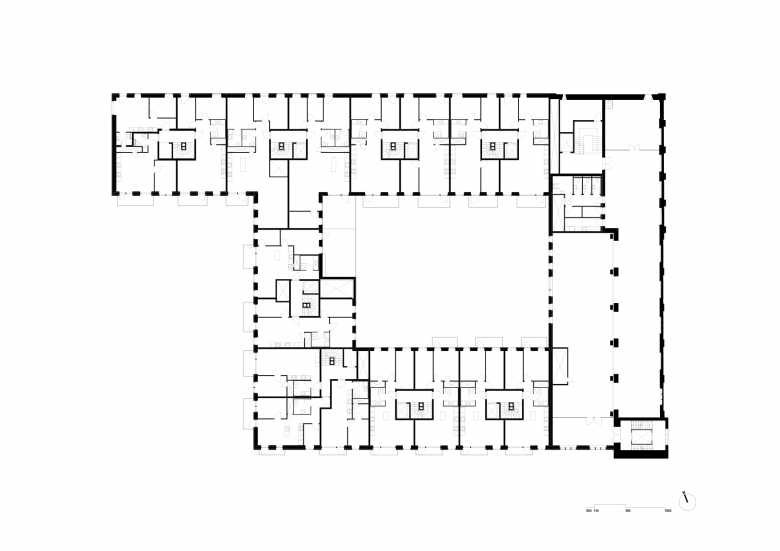 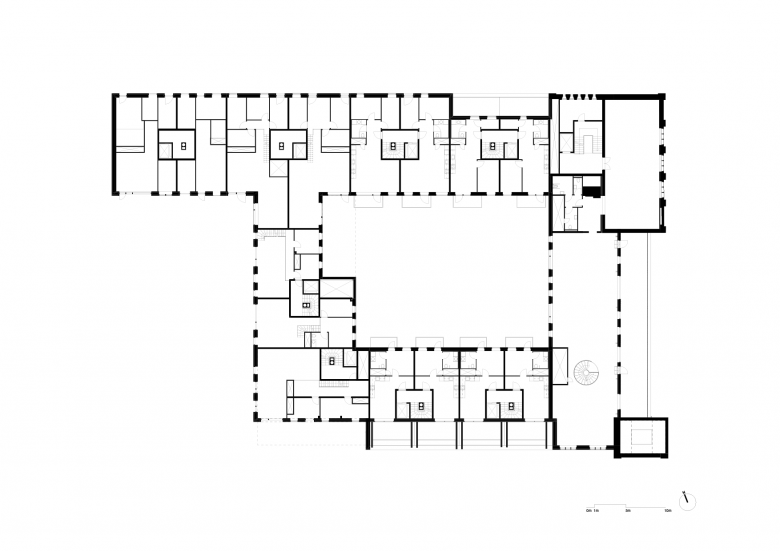 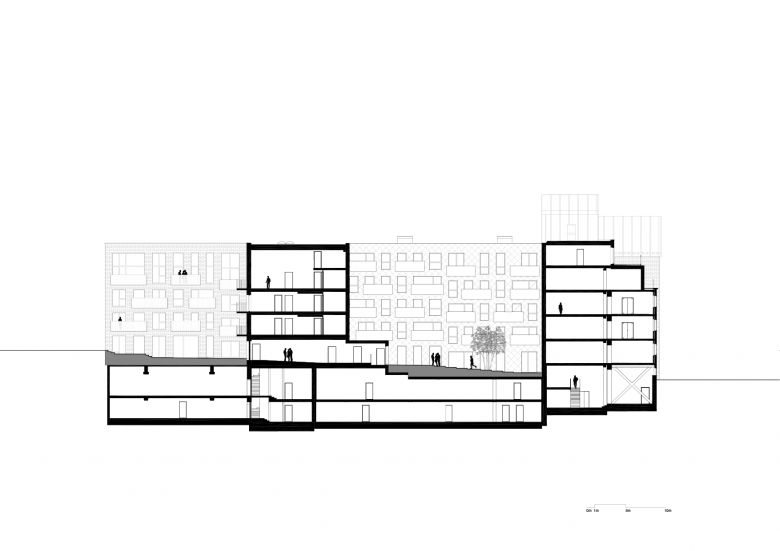 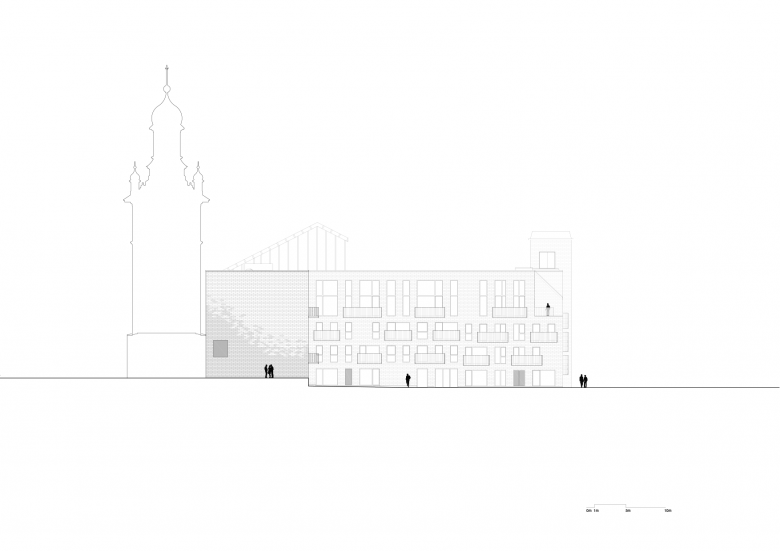 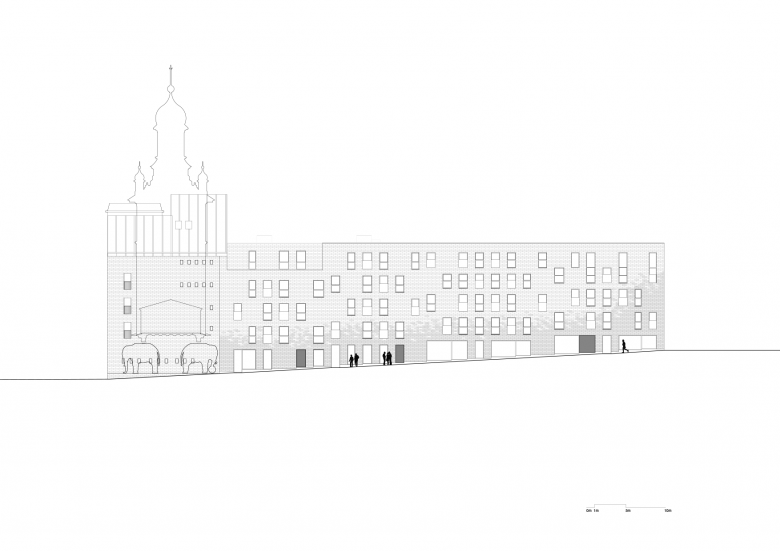 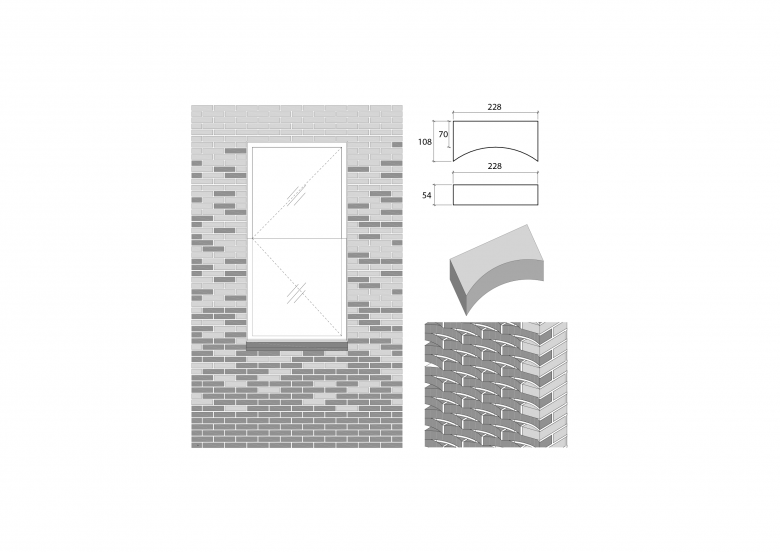 The historic Carlsberg Brewery site in Copenhagen has opened to the public to become part of the city - and is now seriously embarking on the successful transformation to a dense urban neighbourhood of its own, the Carlsberg City. Transforming many of the preserved buildings, designed by some of the best European architects of the era, the new neighbourhood is at the same time a unique cultural-historical environment and an attractive modern district. New images by Rasmus Hjortshoj shows ADEPTs contribution to the area - Theodora House - shot in a corona-closed Copenhagen.

Theodora House, named after the Carlsberg founder’s daughter, is located right beside the famous Elephants Gate and adapted in materials and scale to its historic surroundings. Part of the building complex is new construction and part of it is re-use of a former yeast storage that used to fill the plot. Only one wing of the storage was preservable and now occupied by office spaces overlooking one of Carlsberg City’s small plazas. The new part of the building is mainly apartments but where it meet the street and plazas is has spaces for shops and cafés.

Theodora House emphasizes the complex character of Carlsberg with facades reflecting local history. Walking around the building it is obvious that it ‘absorbs’ the various brick expressions in the area – making it stand out as both its own and carefully adapted to the neighborhood. The original façade of the Yeast Storage has been preserved. Transition to the new part of the building is carefully handled through the Elephants Gate. The new brick was selected to respect the existing, yet make a modern statement.

The curved brick that identifies the facade to the North was designed for the building in close collaboration with the brick manufacturer. The curves gives a varied play of texture that gradient towards the roof. The gates facing the street shows motives from the history of the Yeast Storage. The inner courtyard makes a strong contrast to the brick facades, and here, in time, green walls will embrace a small resident’s garden.