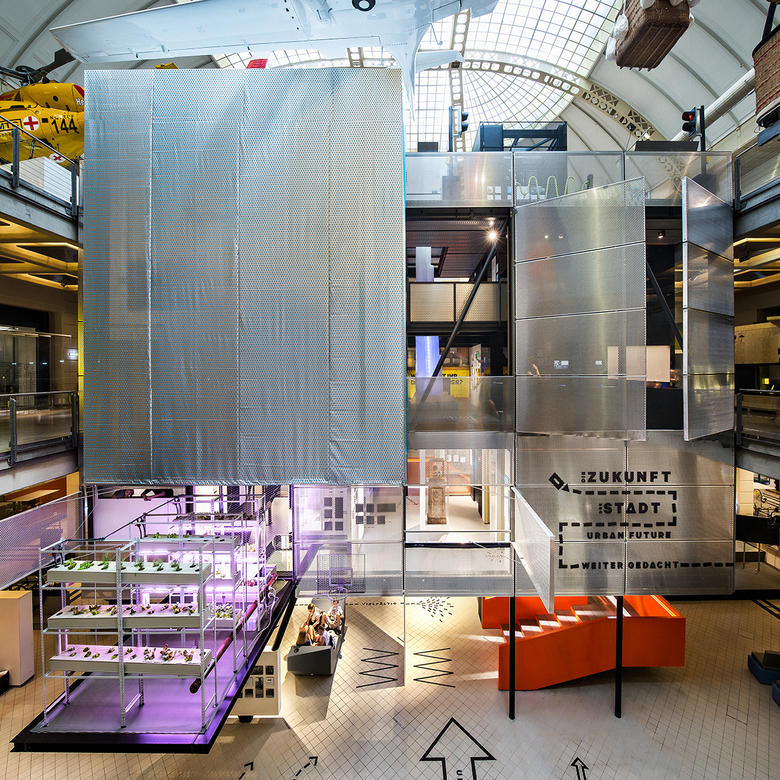 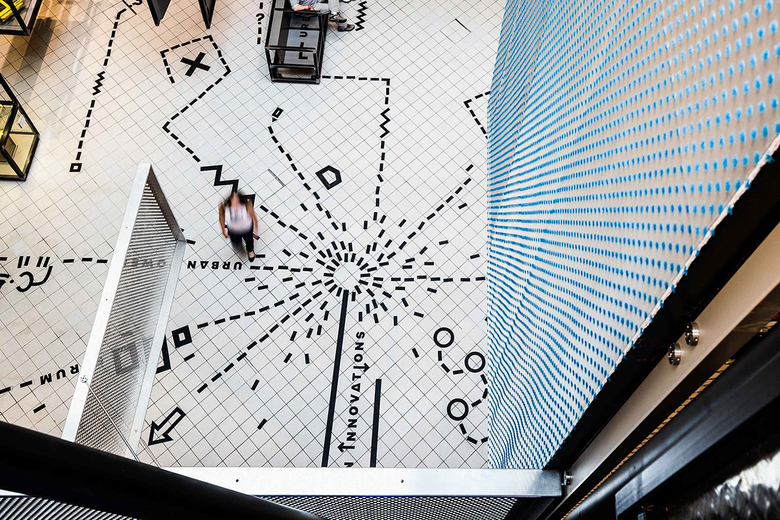 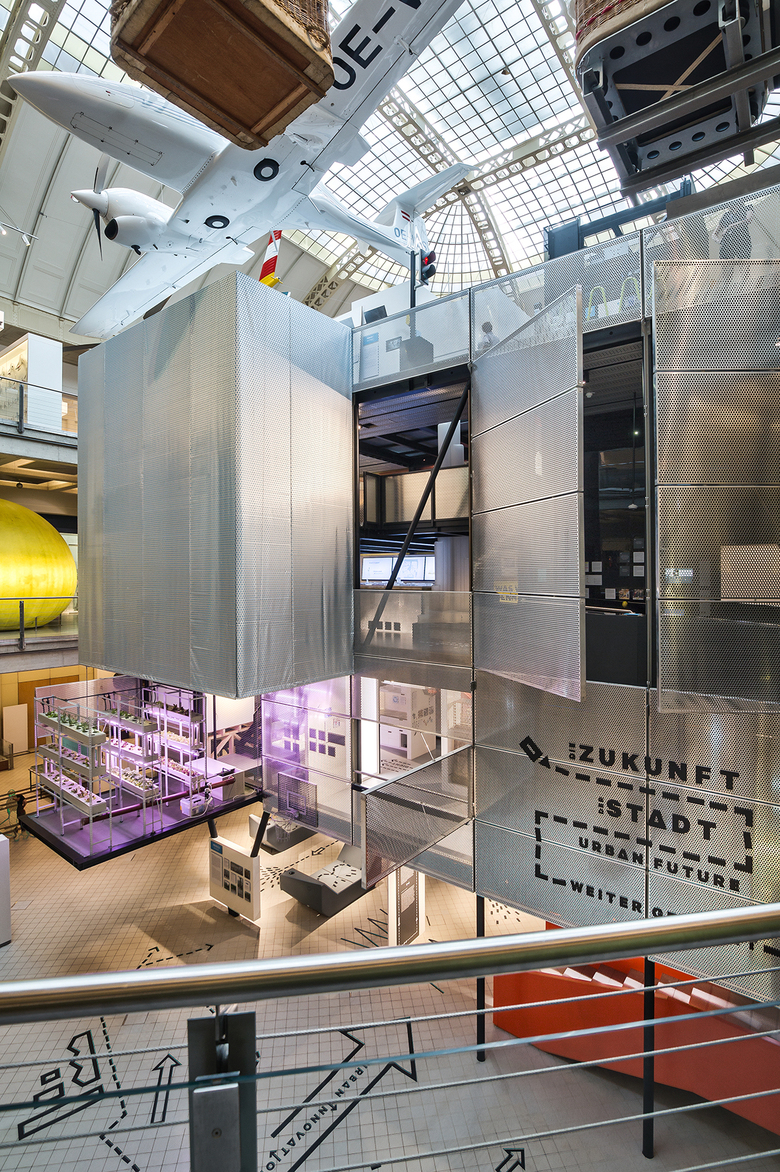 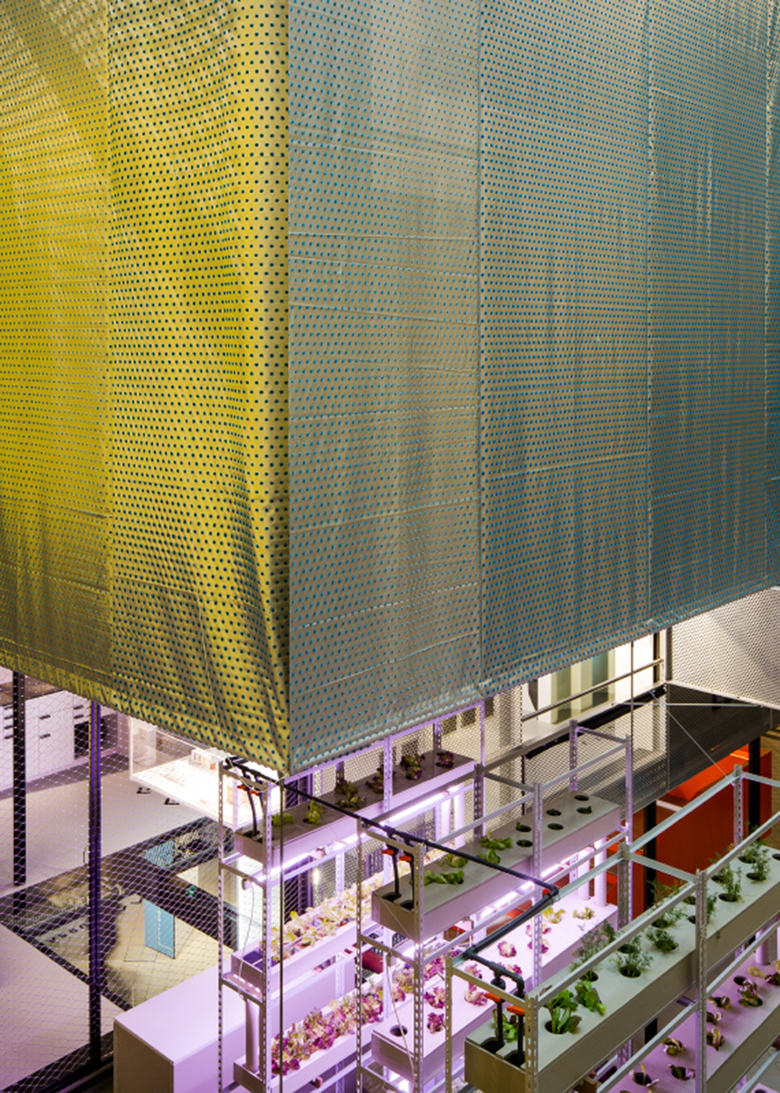 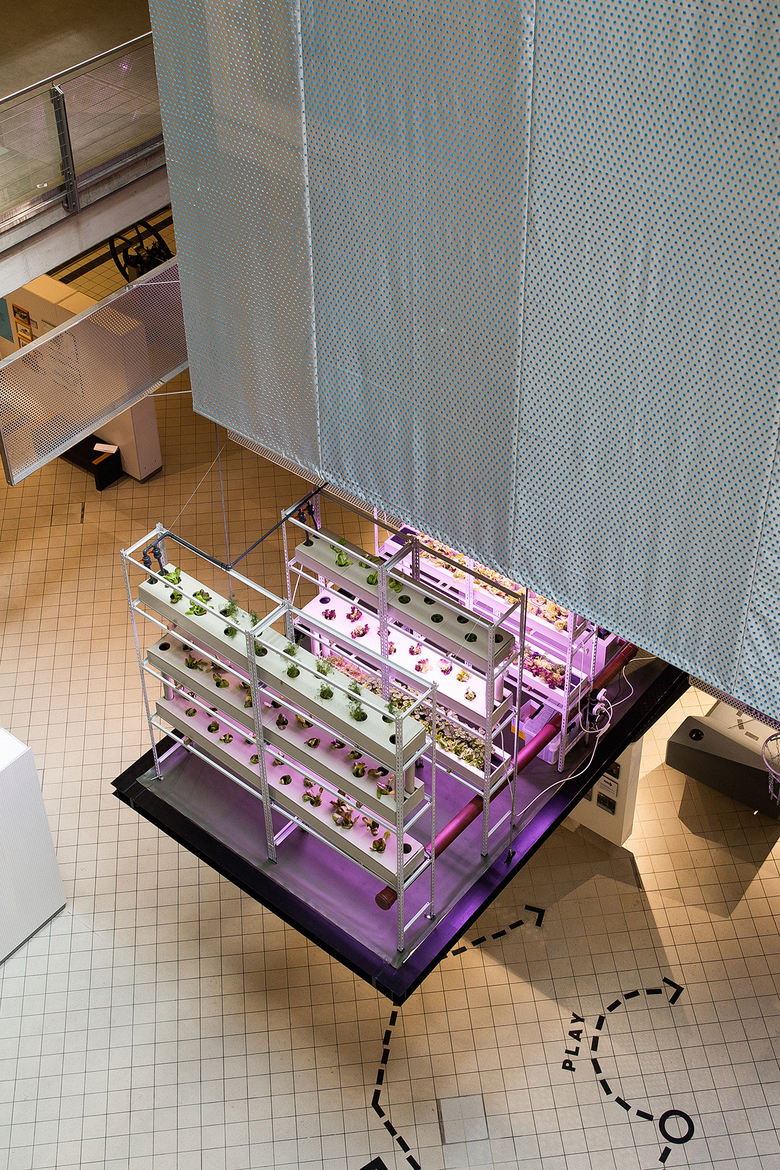 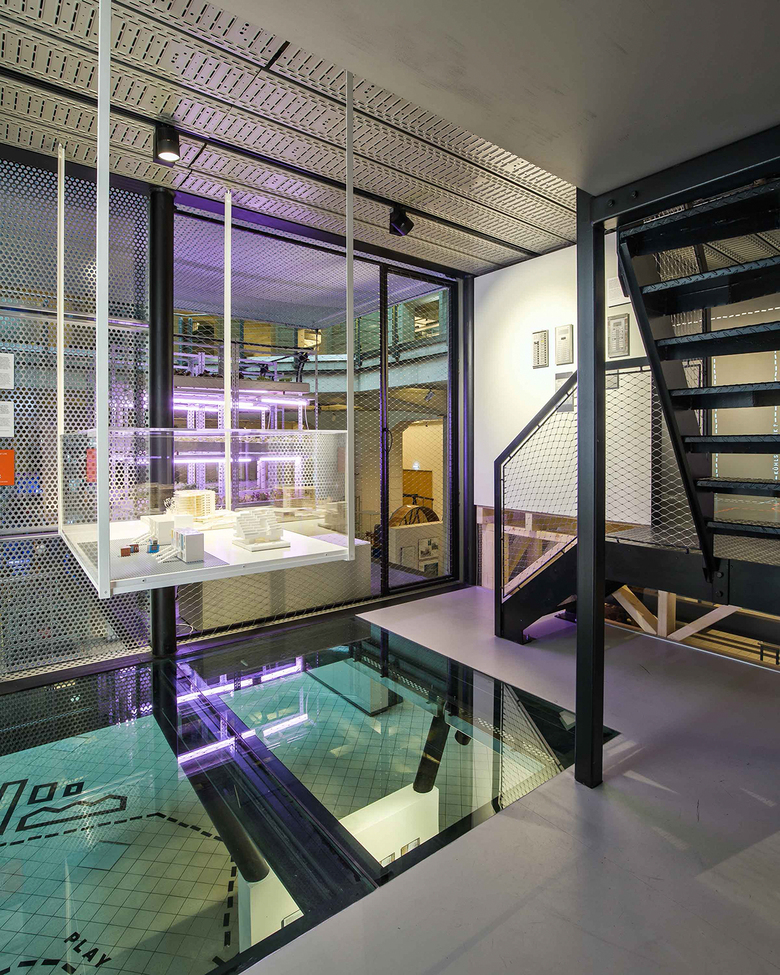 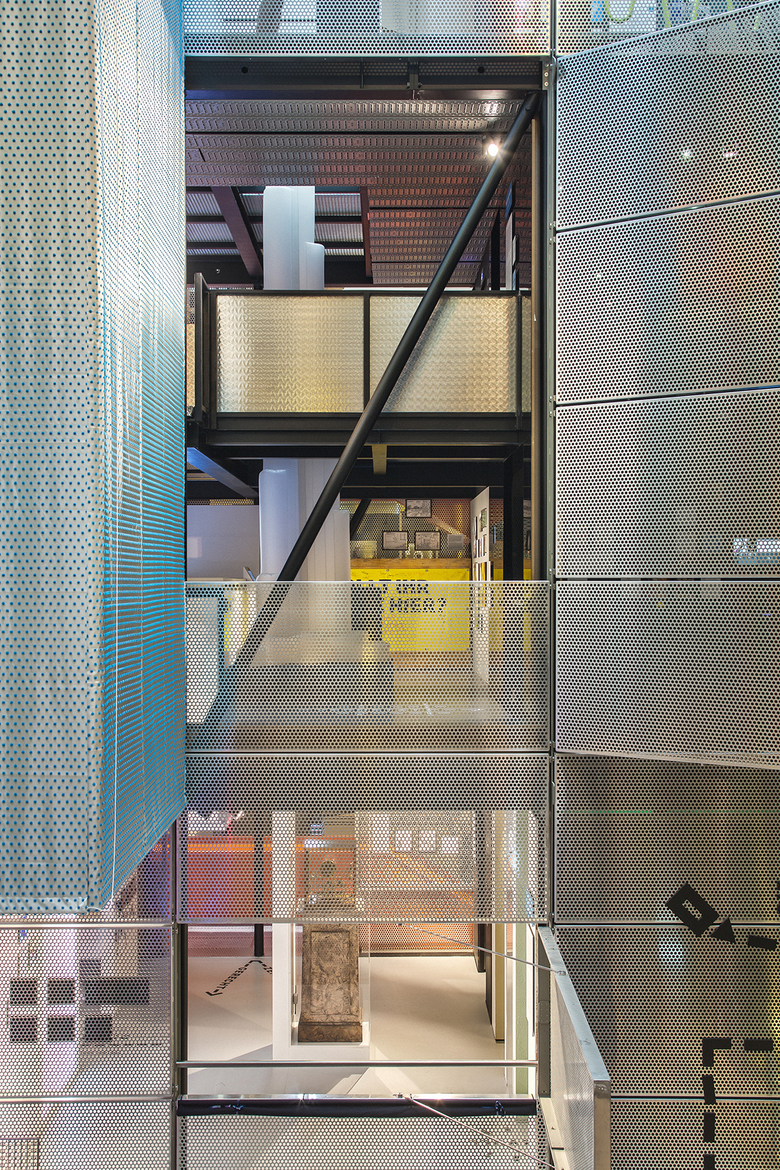 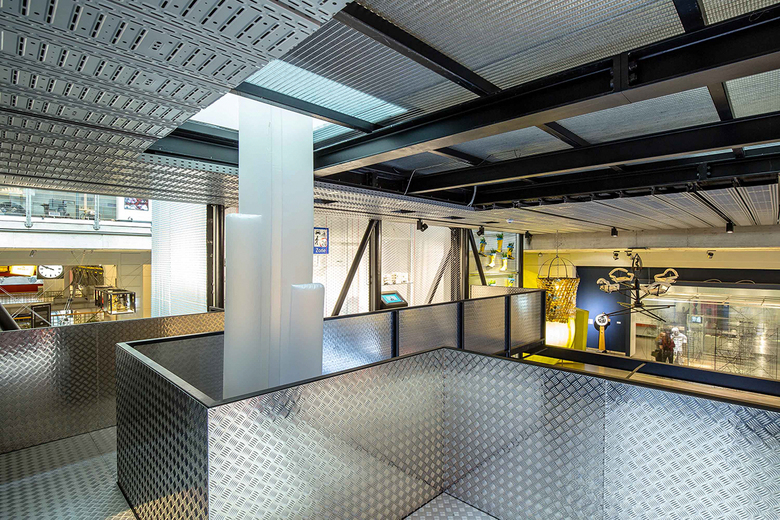 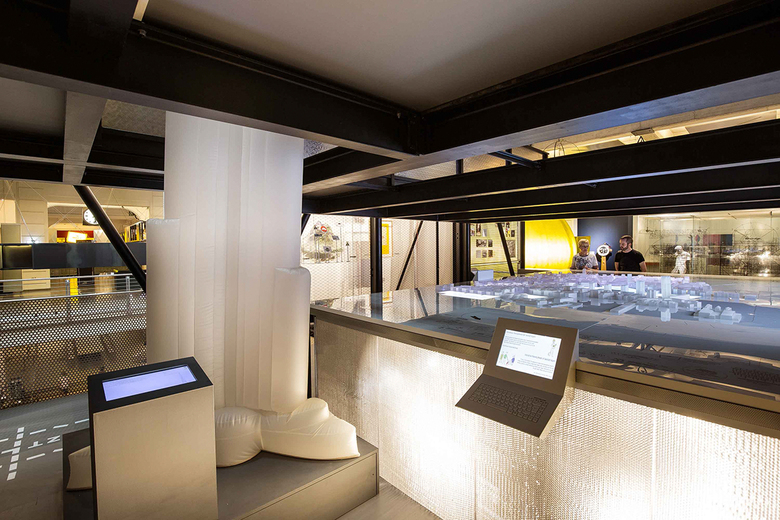 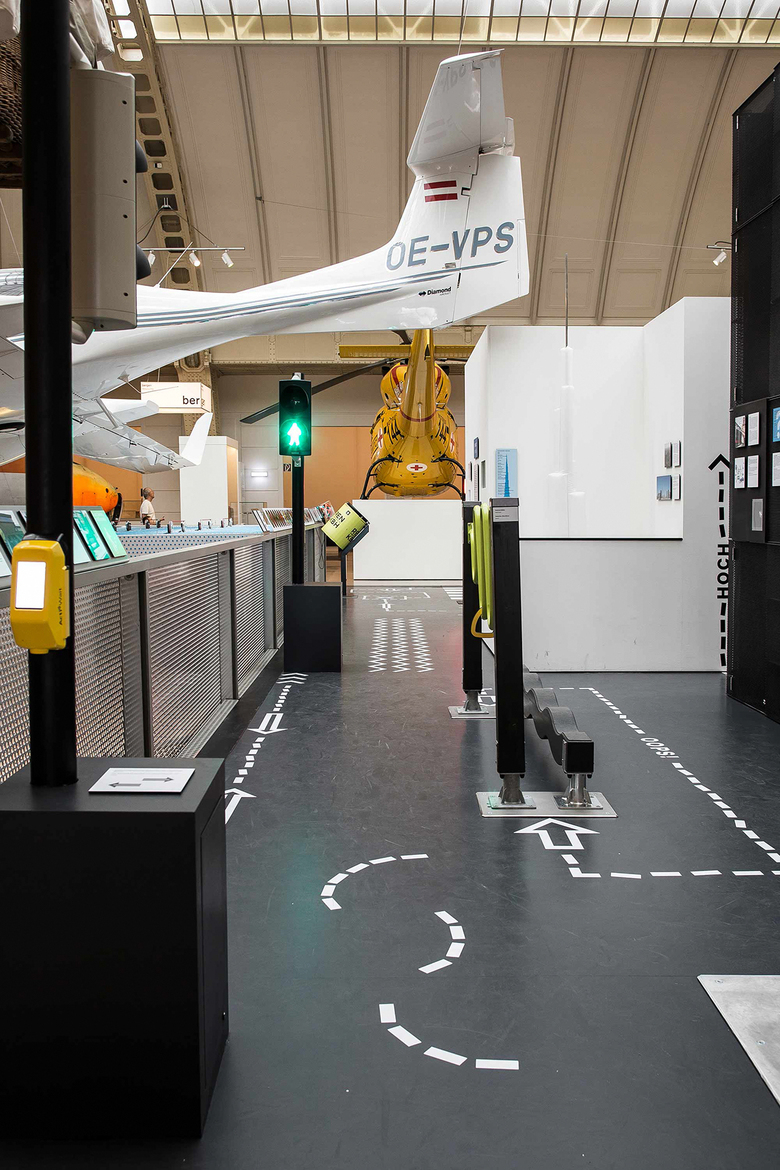 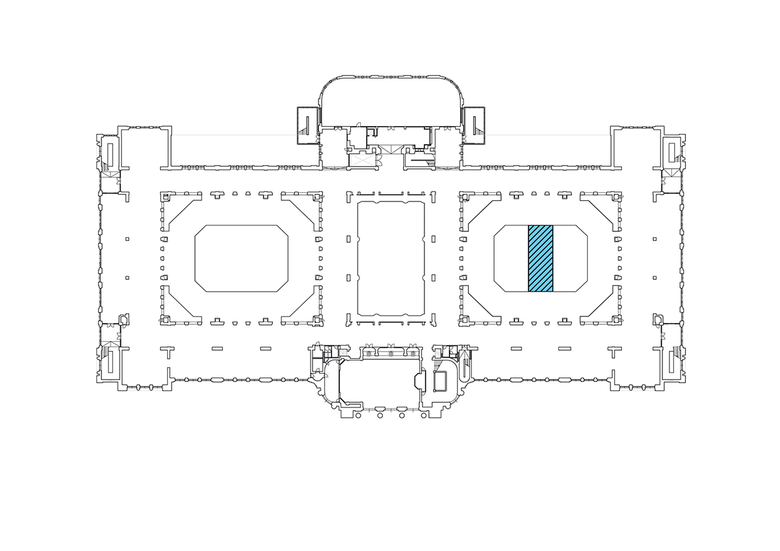 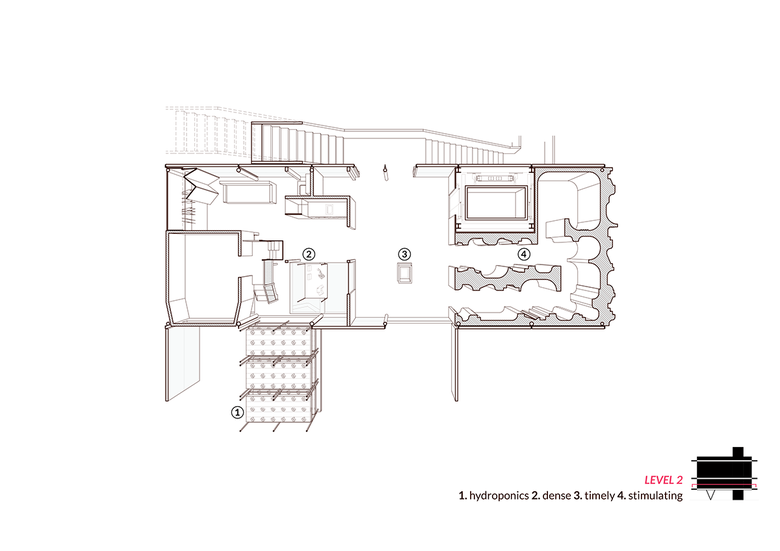 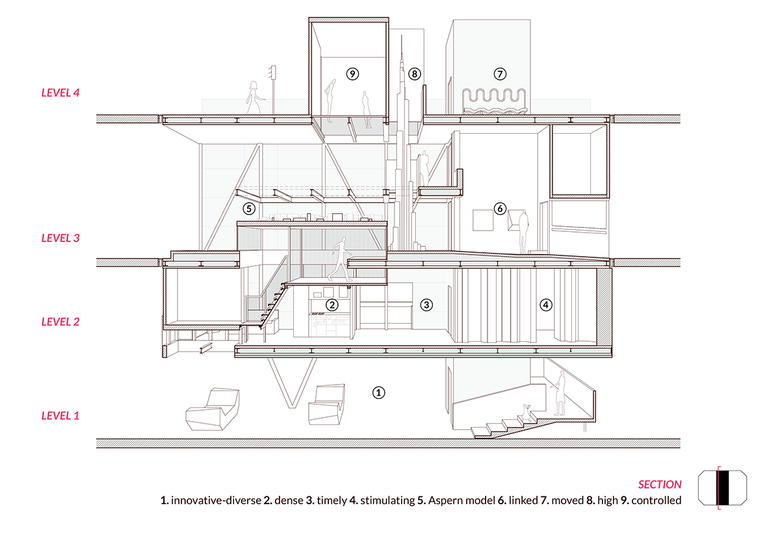 The start of the cooperation was the 2014 competition for the permanent extension of the exhibition space in the east wing of the Technical Museum Vienna, which propeller z won with the proposal of a modular „shelf“ connecting the different levels. PPAG got the commission for the exhibition The Future of the City, the first display in the new „basecamp“. This topic seemed predestined for failure in light of the current speed of urban transformation – a perfect reason to take up the challenge. The curators at the Technical Museum consistently chose new and unorthodox ways to present the content: Instead of the conventional approach of coming up with a curatorial concept for the architecture to follow, an intense process of exchange let the concept and the space merge step by step. Following topical keywords – innovative / diverse / timely / stimulating / dense / what if? / made / linked / moved / high / controlled – curators and architects developed and organized the topics over the span of several months. This first exhibition “shelf”: By opening ceilings, floors, and walls over four levels, new spatial relations are inscribed into the “basecamp”. Salon-style hang vs. white cube. The different scales of city, house, apartment, room, through to surface details meet and converge in the exhibition architecture. Where possible, the architecture in and of itself exemplifies the exhibition’s message: The pure space is used as a bearer of information. The exhibition visualizes the topic’s complexity by approaching it from different viewpoints, including material-technical, statistical-sociological, urbanistic, and architectural-atmospheric perspectives. So-called “expeditions” or paths create a link to the Museum’s permanent collection. Despite the topic’s complexity we can conclude that the city in the Anthropocene is plannable to a considerable extent and presents a challenge to everyone interested and the planners in particular.