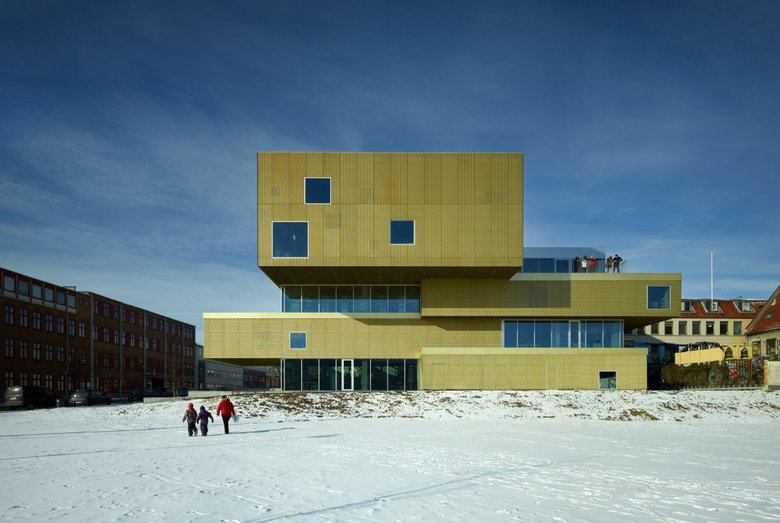 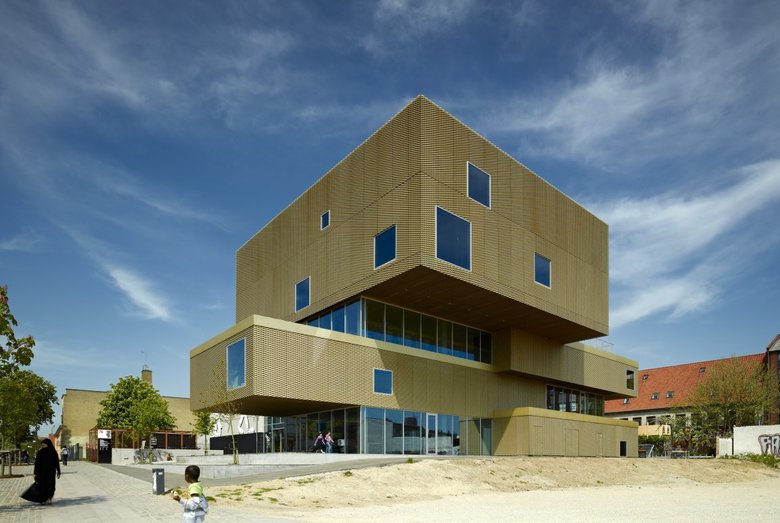 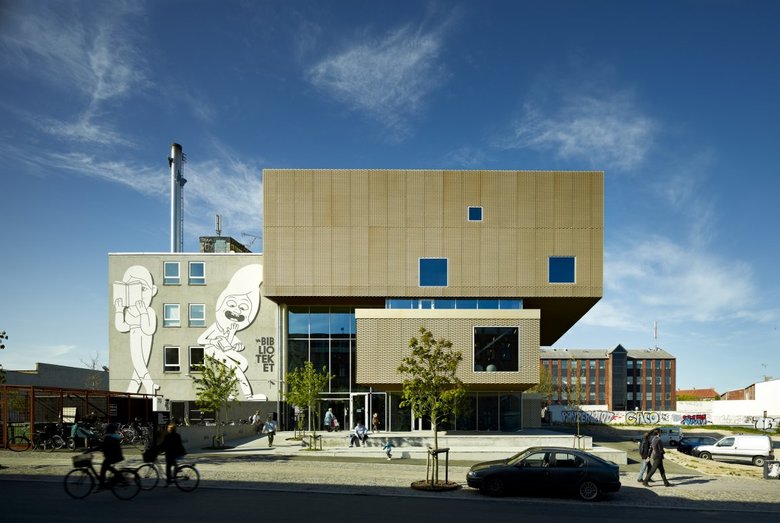 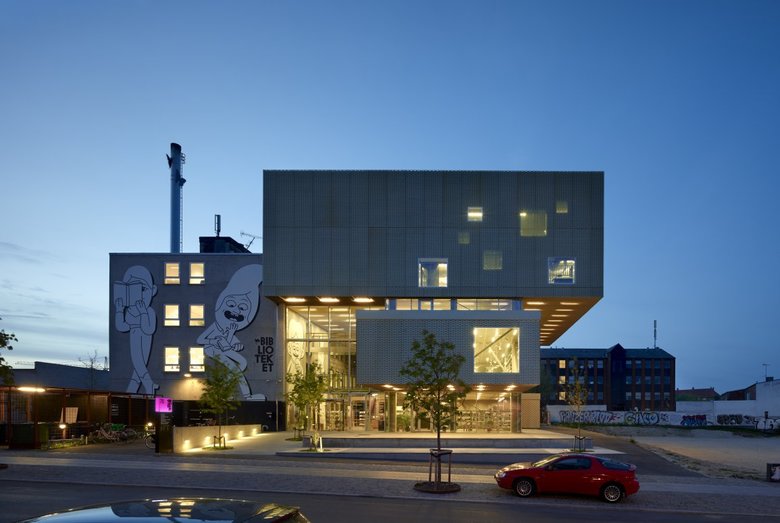 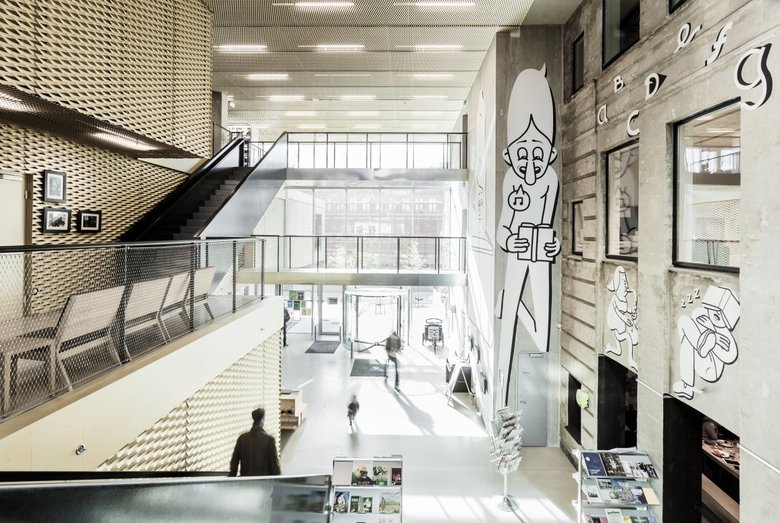 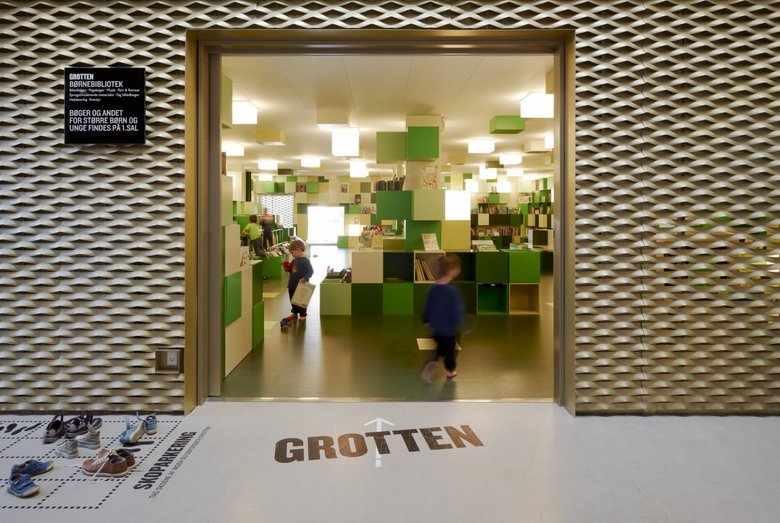 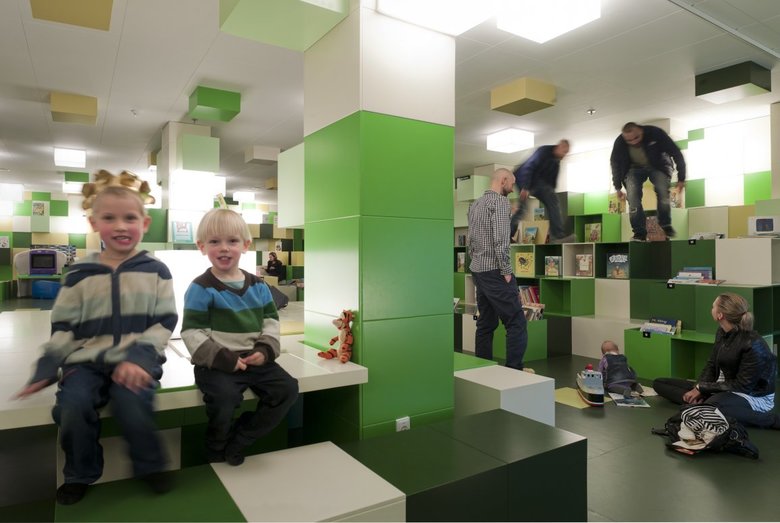 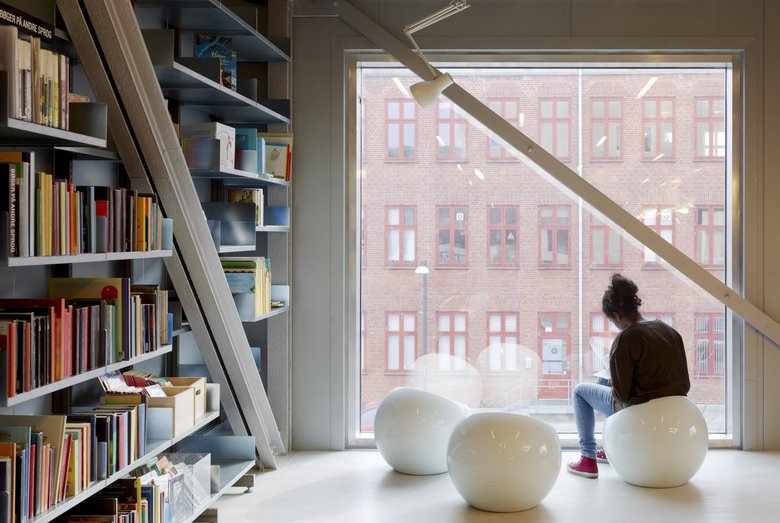 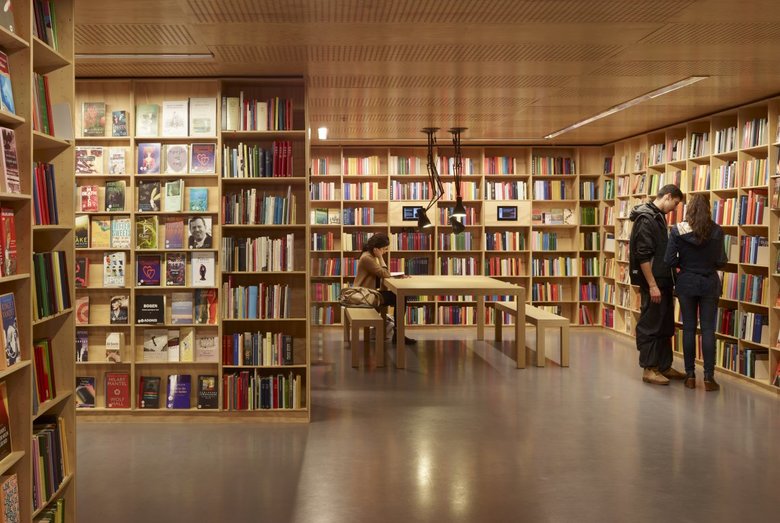 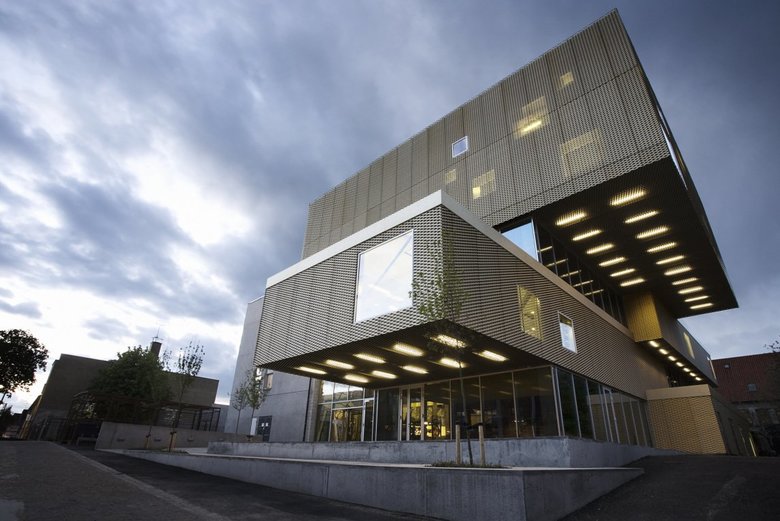 Nordvest (Northwest) is an area in Copenhagen located between the lively and diverse urban neighborhood of Nørrebro and the villa neighborhoods at the edge of the city. Many people live and work in this multiethnic area. Yet, since the area is located in the vicinity to numerous entry roads, most Copenhageners only use Nordvest as passage when going in and out of the city by car. The new Culture House and Library will help improve the identity of the area. It is designed to create a landmark and to provide a meeting point for the local community.

The new culture house consists of four clearly defined programs: a children’s library, a youth library, a library for adults and a concert hall. These four functions are stacked on top of each other like a series of golden “books”. Each "book" is a world of its own with individual interiors and furnishment. The spaces between the books are open zones for flexible use. This gives a varied coherence between open and closed spaces. The open spaces are marked by the immediate context and the closed areas as completely choreographed places.

The building has two entrances. One from the north and one from the south, making the foyer and zone between the existing building and the extension act as an urban passage for the neighborhood.

As a main gesture, the concert hall is placed at the top of the building. A powerful object that seems to defy the laws of gravity, the position of the hall encourage people to move across the building towards the magnificent view over Copenhagen.