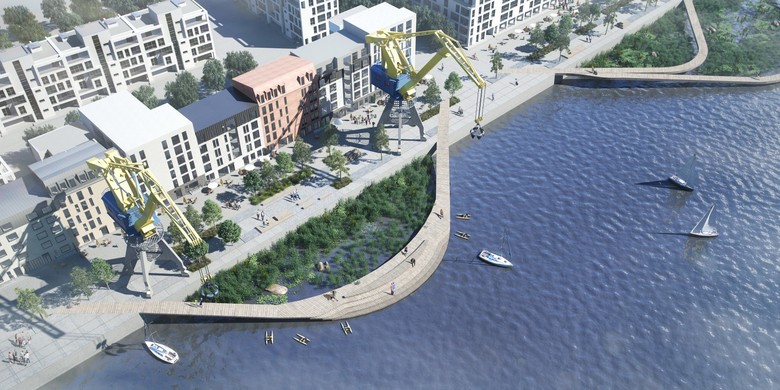 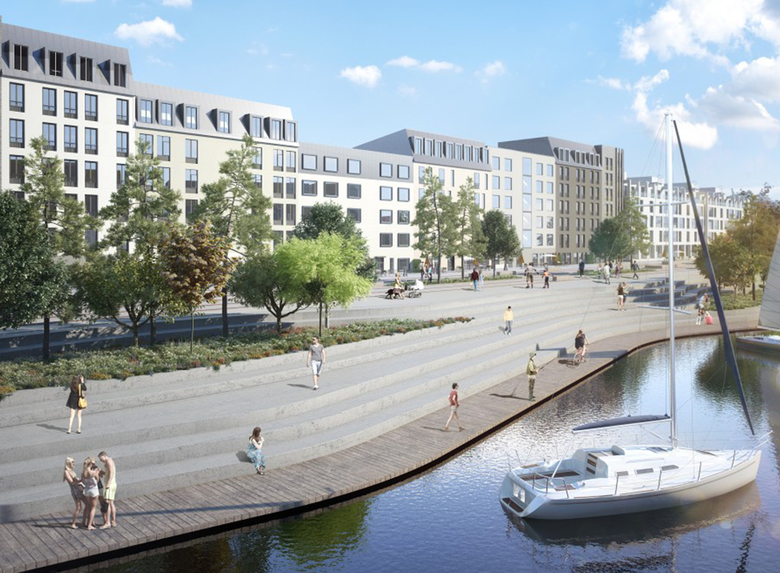 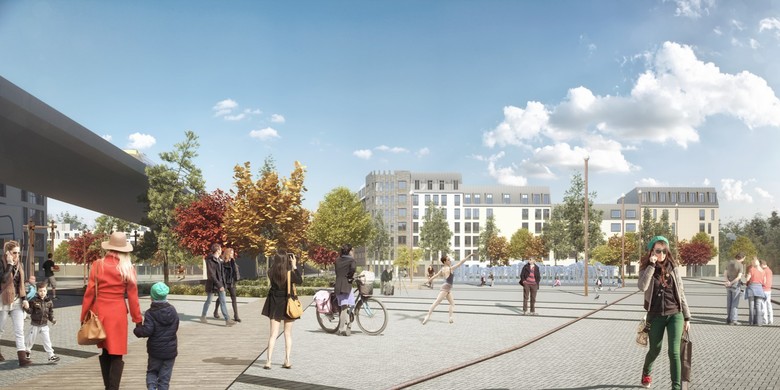 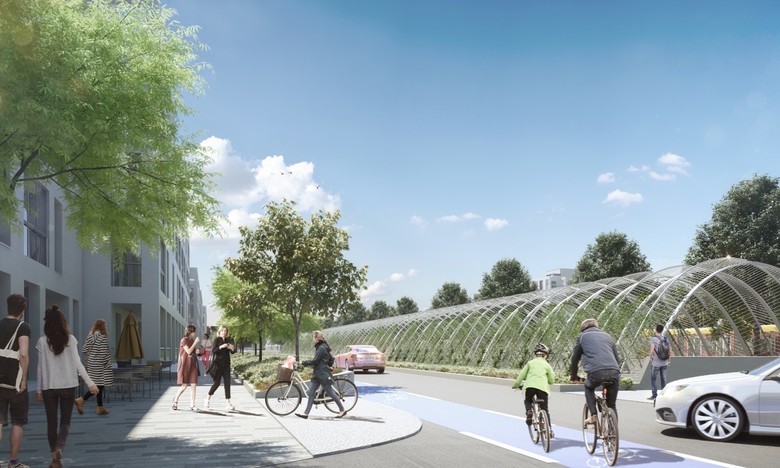 Located in northern Kiev, the district of Podil is situated along the Dnipro river, located between the historical neighborhood of Old Podil and industrial sites along the river, through urban neighborhoods and the industrial area and Brewery on Kyryvlivska street and the wooded Kyiv hills. The district consists of several fundamental but disconnected areas, including forest covered hills, the main town, and the harbor. Podil struggles to reconcile its industrial heritage as it strives to become a healthier and more livable community. However, its wide roads create barriers that cut off the industrial heritage of the harbor from the city and opportunities for outdoor social interactions are limited. There is a lack of public places such as squares and parks and existing green spaces and streets are fragmented. Unfortunately, the district was planned more for cars and this structure discourages healthier mobility options such as public transportation, walking and biking. The current layout of the city minimizes the inhabitants’ experience of the landscape, the waterscape, and the cultural heritage of the from its industries.

Despite the current situation, a strong redesign has the potential to transform the site into a green, blue, and socially and culturally active link. In response to the challenge of a fragmented urban fabric the main focus of our proposal is to connect the disparate parts together. The proposed spaces along the riverfront and the Boulevard have the potential to connect mixed-use public space using the main approach flow. Flow is enhanced along the river and the boulevard by stitching disconnected parts in a harmonized approach. Four different kinds of flows are created:

At the same time, the design of the new urban site creates a various and dynamic spatial flow both vertically and horizontally, where rooms both for activity and rest, can be found. As learned from the natural water flow and its depth, the dynamic may vary in intensity, sometimes it may go rapid and urgent, sometimes it may rest in wider ponds. In respect to this, our approach in designing the public space celebrates Dnipro as the main inspiration, the contrast between nature and man-made, and the lessons that rest in-between.

In an embodied Dnipro, flows are blending, sounds are far echoing, surface waves are gently filtering the light and the shadow. Sometimes the river is wild, engulfing forgotten islands, sometimes it sharpens firmly at the edge of urban sprawl. It can hear people at the surface, it can merge with the rain and the sky that it mirrors, but it cannot see. Dnipro would like to see the city and its people. Dnipro would like to know the history that happened by its side.

Dnipro engulfs the city, and, in response, the city engulfs Dnipro in a design proposal that brings to the surface all that rests unconsciously underwater. Embodied Flows looks toward the city and blends with the surrounding urban streams and winds.