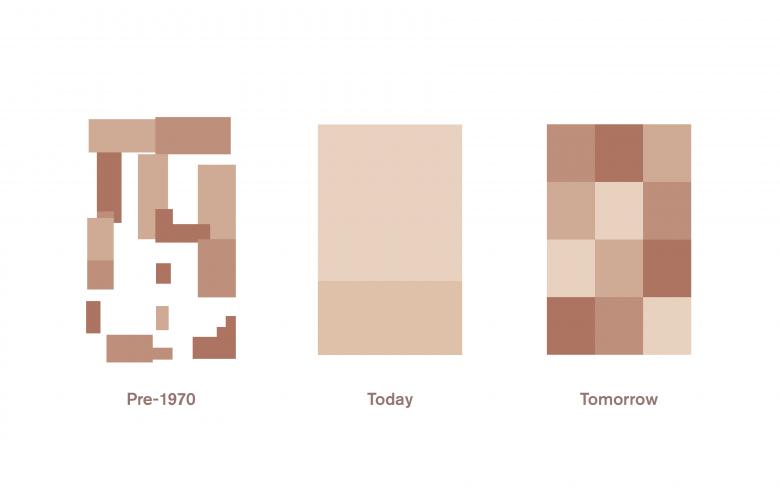 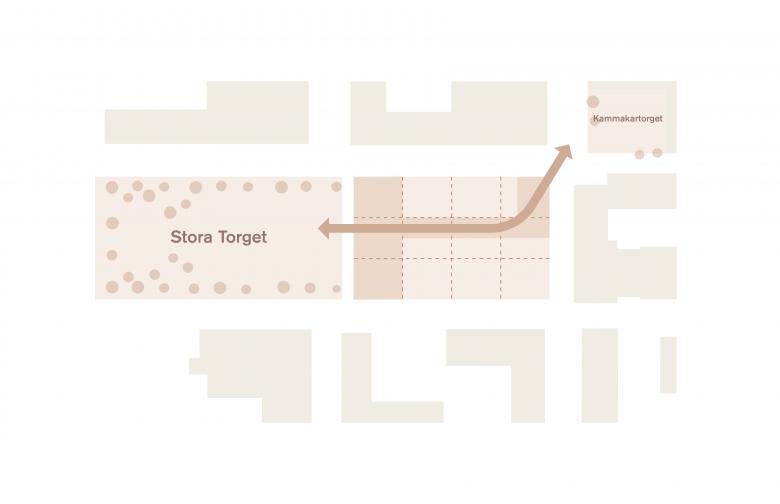 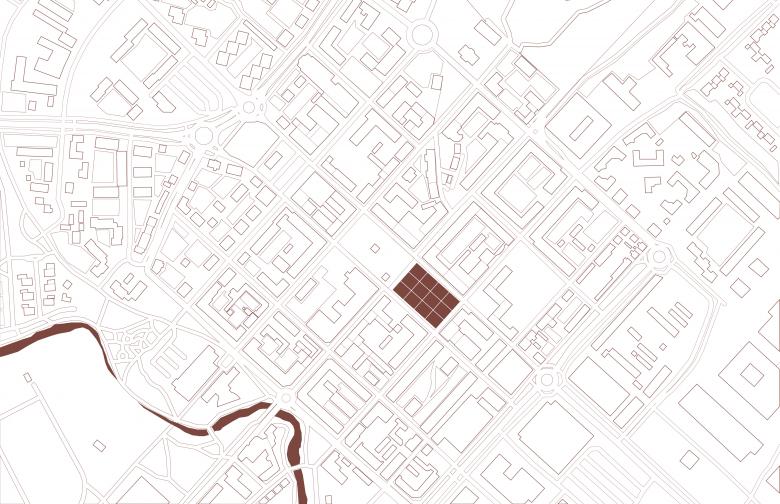 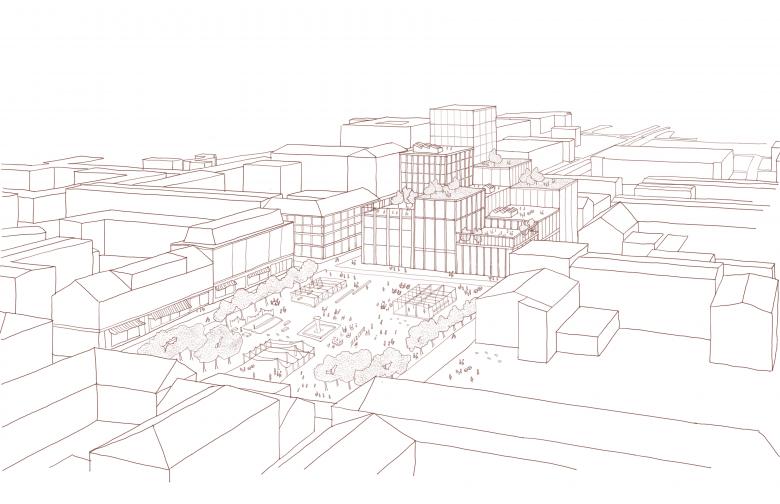 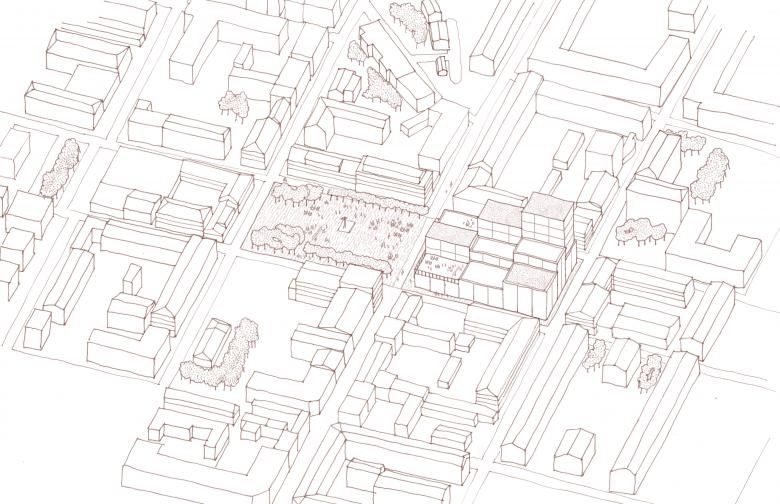 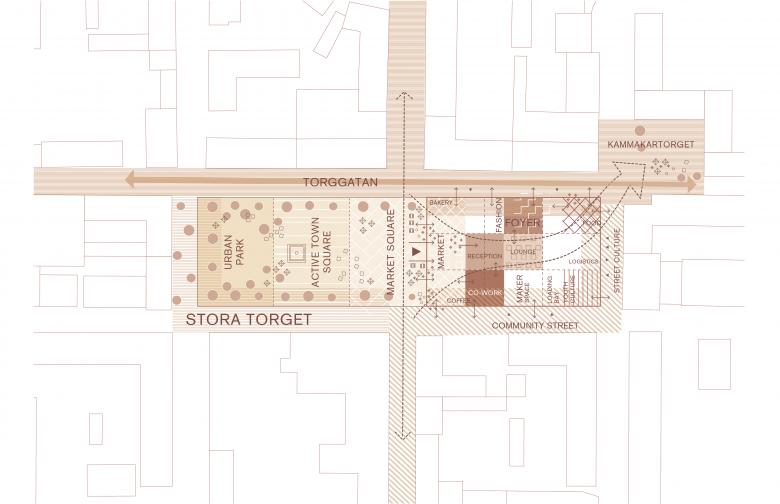 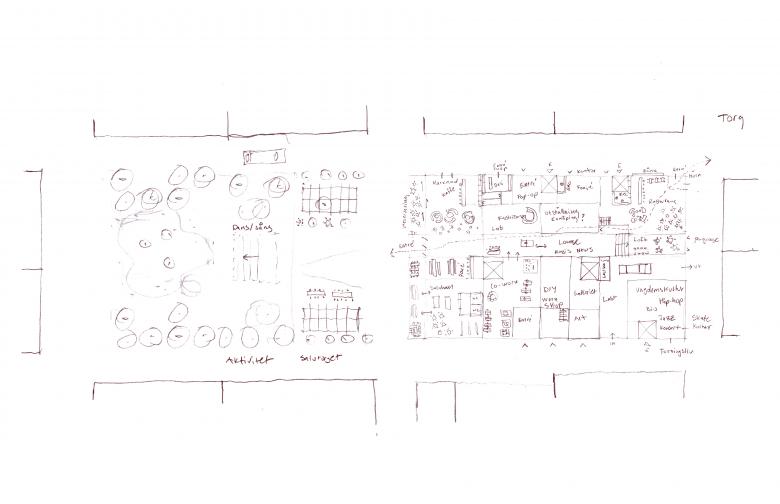 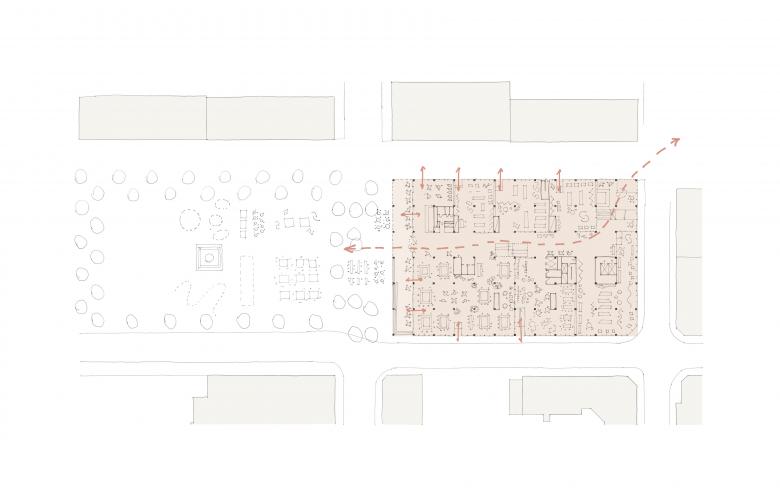 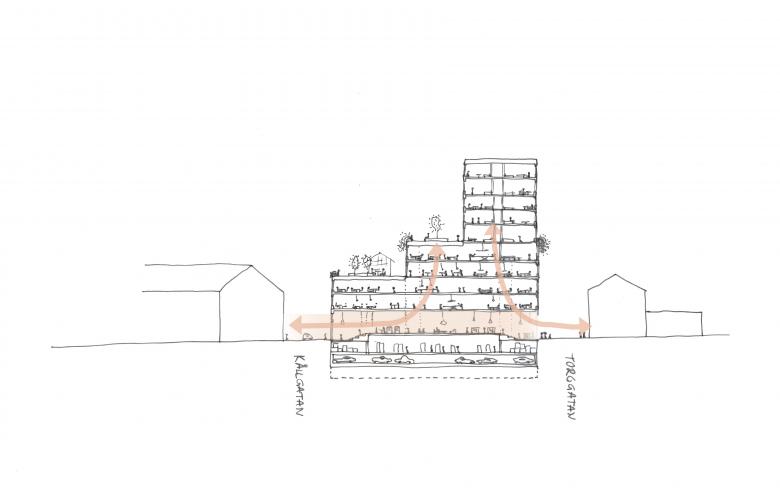 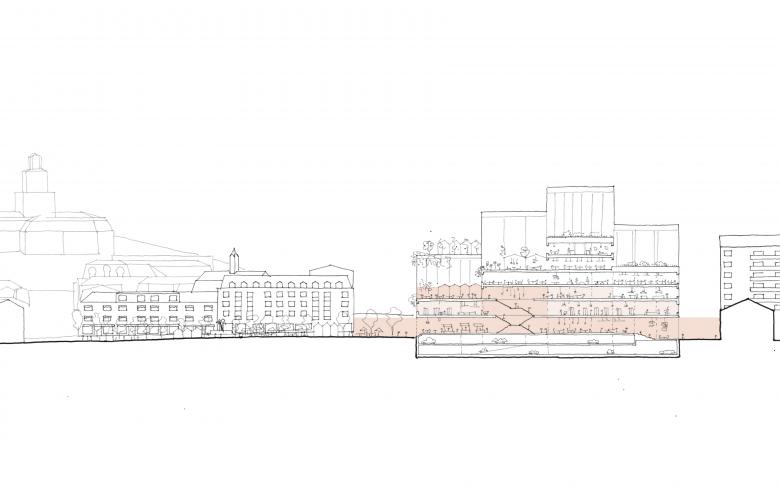 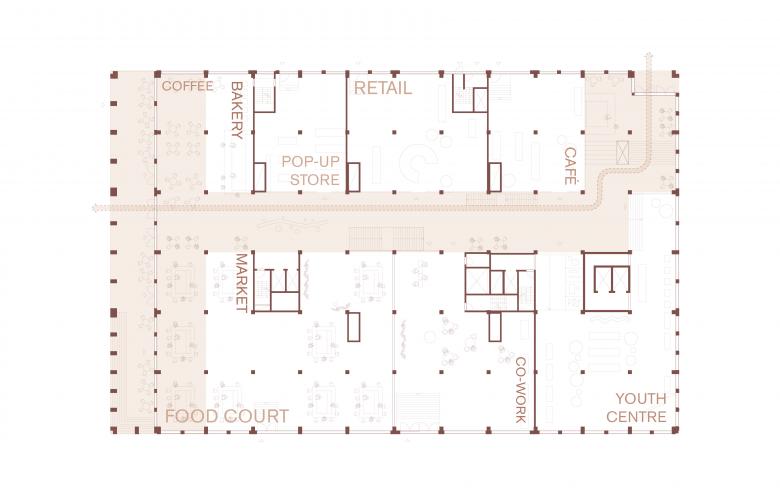 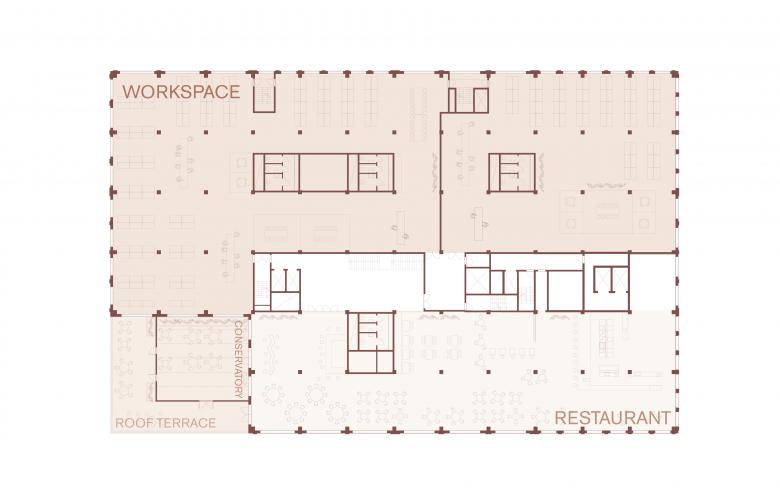 The point of departure for the project has been to promote a vibrant urban environment in central Enköping, transforming the Bagaren city block, referred to as Paushuset, into an open and inviting meeting place with low thresholds. The aim is to intensify the central public flows and to reinforce the position of Stora Torget as an important place for the entire town.

History and urban fabric
Enköping was originally established as a market town. During the Viking Age, shoreline of the Mälaren lake was further inland, and there was an important port where Stora Torget lies today. The clearly defined grid structure of the urban fabric gives the inner town its character, with remnants of older timber townhouses. The original city blocks typically comprised many different buildings and businesses, with small-scale courtyards and passages to surrounding streets. A conceptual organisational model the new Paushuset seeks to re-establish.

An informal spatial sequence
The city block is located between two town squares, Stora Torget and Kammakartorget and with its new inner structure establishes a distinct connection to the surrounding urban fabric. The ground floor is designed as an extension of the public activities on the square, providing outdoor cafés and restaurants, market stalls and places to stay. Via an indoor street, its spatial sequence stretches from the square through a new arcade to a corner with Torggatan, the main pedestrian street of the town.

Mixed use
The new Paushuset provides a mix of town centre activities and housing. Commercial units, restaurants and marketplaces on the street level are combined with exhibition spaces and workplaces that continue upstairs, with entrances evenly distributed along the perimeter. Outdoor cafés and restaurants offer seating both on the square as well as on roof terraces on the first floor with vistas of the surrounding area. Residential units are located higher up, provided with own roof terraces and conservatories as shared amenities.

Flexible structure
The structural division of the building volume into twelve parts provides long-term flexibility in favour of various uses and for content to be developed over time. The 20,000 sqm programme is expressed as a series of cubes with varying heights. The massing of the block is tallest in the centre whilst meeting the surrounding buildings and streetscape with a lower scale.

Materiality
The overall design aims to create a distinct social meeting place, stretching both indoors and outdoors. Active frontages, many entrances, new arcade and a generous fenestration indicate an open public character evident in both the architectural expression and the materiality. The structural frame is made of timber and the brick envelope relates to the surroundings with its careful selection of tones. The objective is to address the Global Sustainability Goals by choosing natural materials that are locally produced and long-term robust.