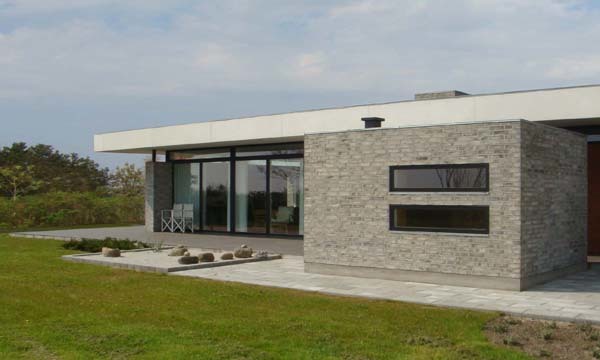 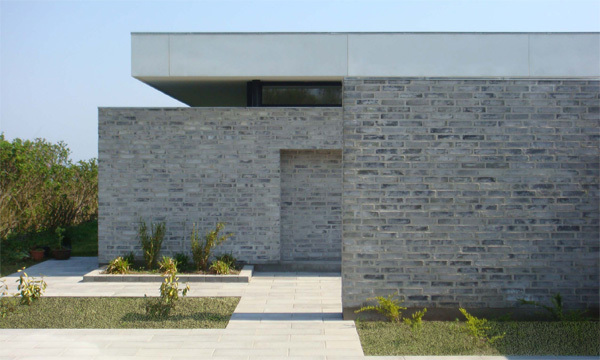 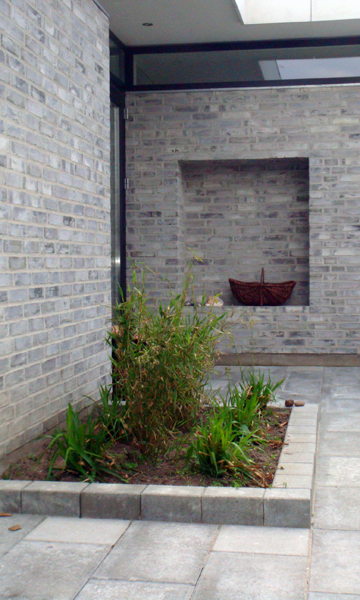 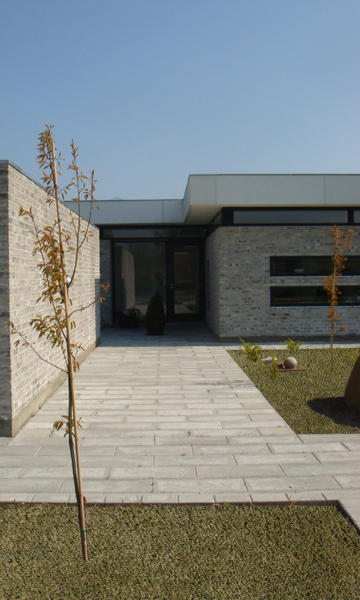 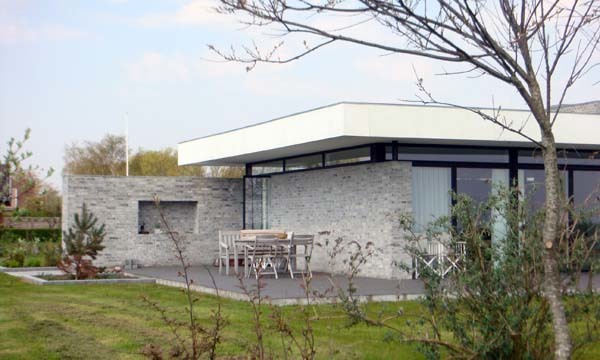 Inspired by the harsh climate, the building is shaped by the light grey brick walls that move in harmony with the surrounding nature, creating shelter and giving a peaceful environment. Alcoves and niches for firewood etc. are incorporated into the walls. The entire house is surrounded by large terraces, which appear as a sharp contrast to the high meadow grass which encroaches on the terraces.

The large flat roof of fiber concrete is placed as a horizontal slab on the vertical walls and with its large eaves it forms a comfortable transition between inside and outside.

The idea has been to create a house that, with its large glass panels, opens towards the beautiful view of the Kattegat and a house that closes towards the road, but at the same time ensures a good inflow of light throughout the whole day.

The large wall is the backbone of the building, from which the rooms radiate out in a straight line. All the rooms and the living area are all facing the sea, except for the library that protrudes out of the large wall to the west and allows the western sun into the house.