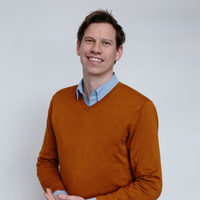 Paul Stavert (1980, The Netherlands) is a partner at Powerhouse Company. He is mainly responsible for acquiring and designing developer-initiated projects on inner city locations.

Paul is interested in creating value and architectural quality within the laws of economics that control commercial real estate development. He is responsible for the design development and project management of a large number of projects, including: KJ-Plein, a 50.000 m2 mixed-use project in the city centre of The Hague; the Amstel Tower, with housing and hotel in Amsterdam; District-E, consisting of three high rise towers in the centre of Eindhoven with 80.000m2 of housing, office, retail and hotel; the refurbishment of 'Loon Shopping Centre’; The Pavilion office building in Amsterdam and various housing projects, hotels and office interiors in Europe.

Paul studied architecture at the Faculty of Building Engineering at Eindhoven University of Technology (NL), where he received his Master of Science in Architecture, Building and Planning in 2007. From 2003 until2008, during and after his studies, Paul worked as self employed architect on single family homes, renovations, extensions and office interiors. Between 2008 and 2011 he joined Amsterdam-based practice SeARCH to gain experience in designing and managing large scale commercial projects. Before joining Powerhouse in 2012 Paul worked on a high end residential project with Erick van Egeraat and worked in New York on a high end office interior with Rietveld Architects. 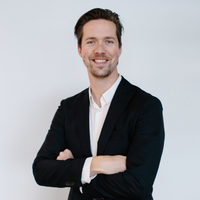 Stefan Prins (1981, The Netherlands) is a partner at Powerhouse Company. He is responsible for complex inner city assignments and public projects. Within the office he coordinates several teams specialised in these type of projects and clients. He received his Master of Architecture in 2009 from the Academy of Architecture in Groningen.

Within the office, Stefan is also responsible for the development and implementation of innovative design solutions and BIM processes in the design. During the interactions between client, consultants and designers, he ensures that all interests are analysed and translated into the design.

Stefan regularly gives lectures at universities, among others the Academy of Architecture and Erasmus University College (both in Rotterdam)and various business events about design and technology. Before joining Powerhouse Company in 2010, Stefan worked at various architectural firms such as Inbo, Research Lab and TD Architects.

His personal interest lies in the intersection between technological innovation and design, which he pursues in his work. In 2016 he designed his own all-electric private house which ended up in the Top 10 for the Rotterdam Architecture Awards 2017.

Major projects from his portfolio currently are the Baan Tower in Rotterdam (NL), the most slender residential tower in Europe; the new Train Station in Assen (NL) which is currently under construction; and Merckt Groningen (NL), an ambitious mixed-use building in Groningen (NL). 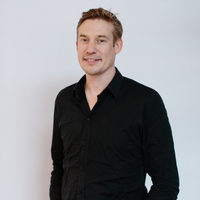 Stijn Kemper (1979, The Netherlands) is a partner at Powerhouse Company. He studied architecture at the Faculty of Building Engineering at the University of Technology in Eindhoven, where he received his Master of Science in Architecture, Building and Planning in 2007.

Stijn joined Powerhouse Company in 2008 and has since worked as a project architect on a large number of schemes, including the frequently published Villa L, the Amsterdam Central Station Passages, the Hangzhou Airport Terminal 4 competition, inSports Beijing and the Bunker Tower, a renovation and extension of a monumental building in Eindhoven, the Netherlands.

Between 2014 and 2016, Stijn set up Powerhouse Company’s office in Beijing, China. Now located back in the Netherlands, Stijn is in charge of operations in both the Rotterdam and Beijing offices, as well as human resources and international business development.

Stijn has taught at the Rotterdam Academy of Architecture and Urban Design, and lectured in the Netherlands as well as in major cities in China, including Beijing, Shanghai, Shenzhen and Wuhan.

Before joining Powerhouse Company, Stijn worked at the Netherlands Architecture Institute (NAI) and was responsible for the production of the Dutch entry to the 2007 São Paulo Art Biennale. During his time living and working in Beijing, Powerhouse Company was in charge of the design and production of the Dutch pavilion for Beijing Design Week 2015. 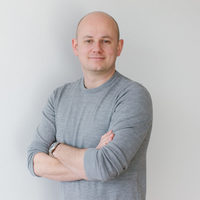 Sander Apperlo (1987, The Netherlands) is a partner at Powerhouse Company Munich and is managing the practice’s German office. In the office he is mainly responsible for the technical design and coordination of high-end international projects.

Sander received his master’s degree in Architecture from TU Delft in 2011. He also holds an undergraduate degree in Engineering from the Windesheim University of Applied Sciences in Zwolle, the Netherlands, where he qualified in 2007 and jointly won the award for best graduation project that year. While he was studying, between 2005 and 2011, Sander also worked for several international architecture practices, including Rietveld Architects in New York, USA.

After completing his studies, Sander joined Powerhouse Company as a technical draftsman, progressing rapidly into project architect, associate and partner in 2018. During his time working at Powerhouse Company, Sander has frequently been in charge of large complex projects abroad, managing high-end private projects in Germany, Switzerland, China, Taiwan and Japan.

Sander plays a big role in the technical design and execution of Powerhouse Company’s most innovative projects. He is an intelligent technical designer and knows how to construct, which also makes him a key member of the team for the execution of very high-end projects that need to achieve the highest and most beautiful results. 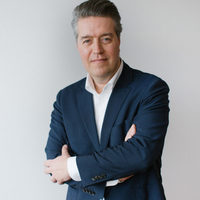 Nanne de Ru (1976, The Netherlands) is a founding partner of Powerhouse Company and has headed up the Rotterdam office since its opening in 2005. Nanne holds a Master of Excellence in Architecture from The Berlage in Rotterdam, where he graduated in 2002, as well as a Bachelor of Architectural Engineering from the Amsterdam University of Applied Sciences, which he completed in 1998.

Under the leadership of Nanne de Ru, Powerhouse Company has become an international architecture practice with projects located across Europe and Asia. He has led the company to open satellite offices in Beijing, Munich and most recently in Oslo, Norway. Powerhouse Company’s work has been published and exhibited internationally.

In addition to running a global architecture practice, Nanne also teaches and lectures on architecture and design. Between 2013 and 2016, Nanne de Ru was director of The Berlage Centre for Advanced Studies in Architecture and Urban Design in Delft. He regularly teaches at the Rotterdam Academy of Architecture and is frequently invited as a visiting professor at schools including Aarhus University in Denmark, the AHO Oslo School of Architecture and Design in Norway, and at TU Delft and the Design Academy Eindhoven, both in the Netherlands. His work takes him across the world, from Santiago to Shenzhen.

Nanne de Ru’s work has been commended with a number of awards, including the Rotterdam Maaskant Prize for Young Architects in 2011, the Dutch Design Award in 2008 and the NAi/ AM Award in 2008.