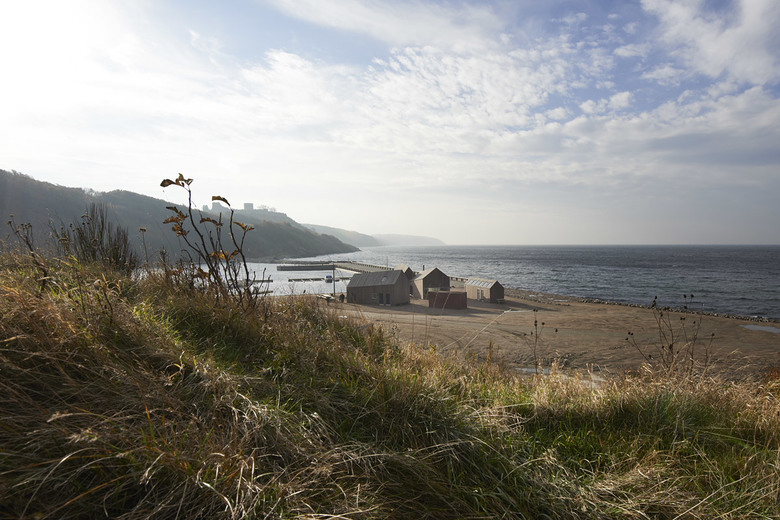 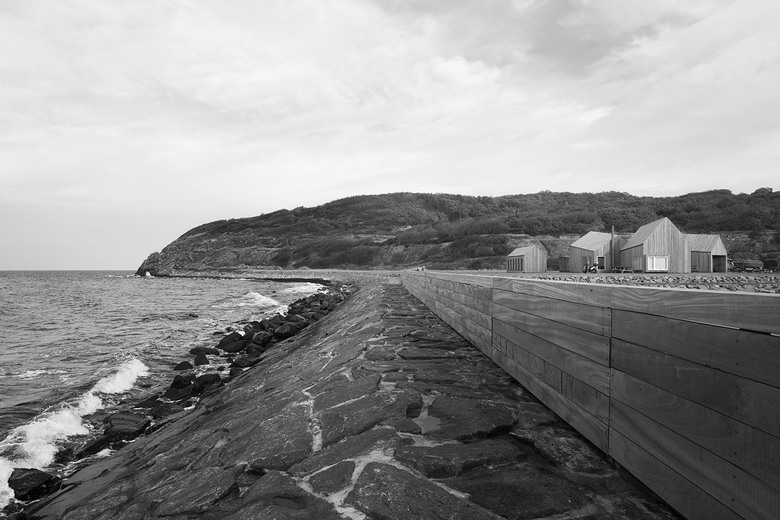 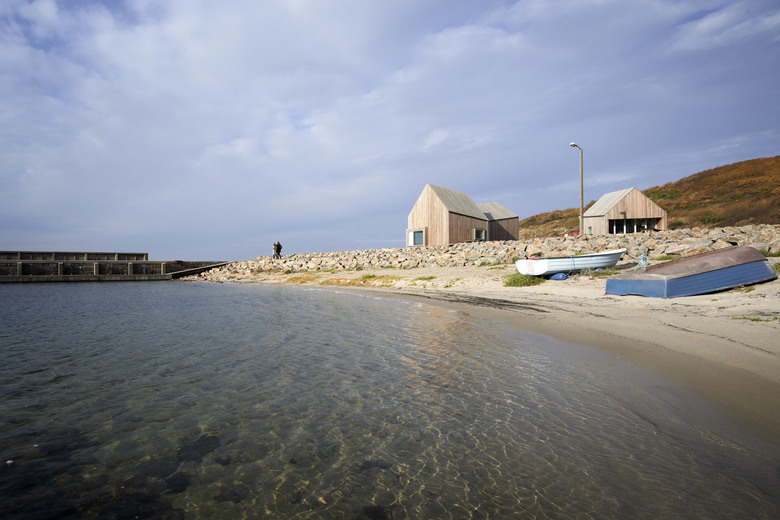 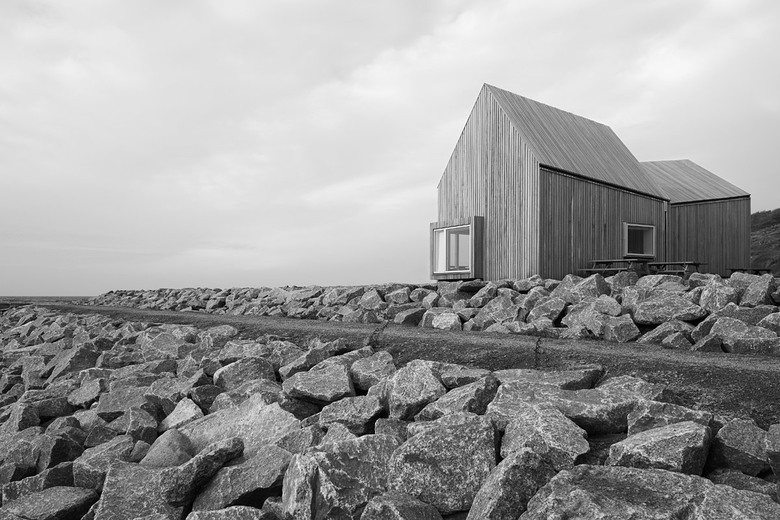 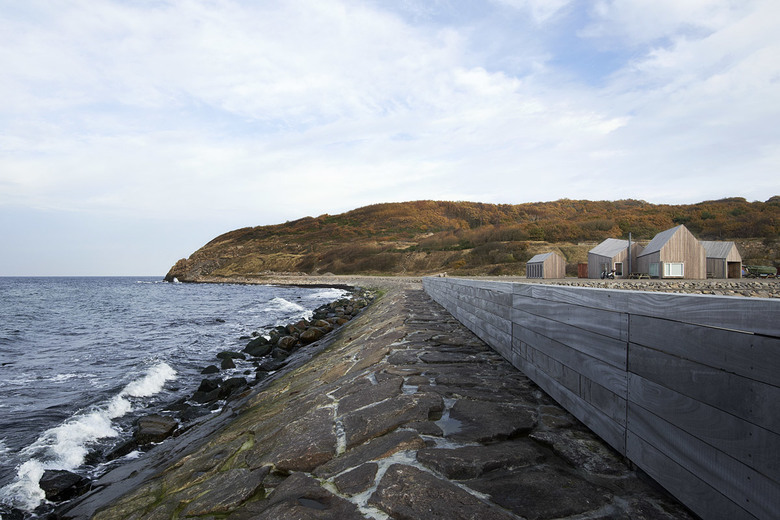 Bornholms Regionskommune in partnership with Realdania

The buildings for the local sailing community and sailing sports activities for both tourists and visitors are situated in the middle of the Baltic Sea on the picturesque island of Bornholm in the small but undoubtedly beautiful port of Hammerhavn.

Through the last century and until the early 1970s the hilly countryside above the port used to hold the excavation of granite – the underground of the small island. The port was established in the late 1890s to fulfill a demanding industry and the ability to ship granite to large building projects in Hamburg and Copenhagen.

To the south of Hammerhavn lies the largest castle ruin of Northern-Europe, Hammershus, founded in the 12th century. The Castle sits on a spectacular position 80 meters above the Baltic and Hammerhavn. The multipurpose buildings are situated in the middle of this cultural- and historic landscape with direct visual contact to the ruin, as well as the hilly and spectacular nature surrounding the site.

The architectural program is translated into a cluster of 3 small buildings and seizes to emphasize the qualities which make this particular place unique. By sloping the roofs in the direction of the neighboring attractions attention are directing towards these. Certain point de vûe's are framed by the Buildings, and as the buildings and surrounding surfaces are clad in the same azobé-wooden material a calm and pleasant atmosphere is promoted. At the same time the homogeneous cladding of the facades and roofs of the 3 small houses makes a sculptural appearance towards the sea.

The controlling of traffic of cars and busses and the renewal of the piers in Hammerhavn also improves the facilities for the guests of the small port.

Energy neutral youth housing at the Port of Aarhus