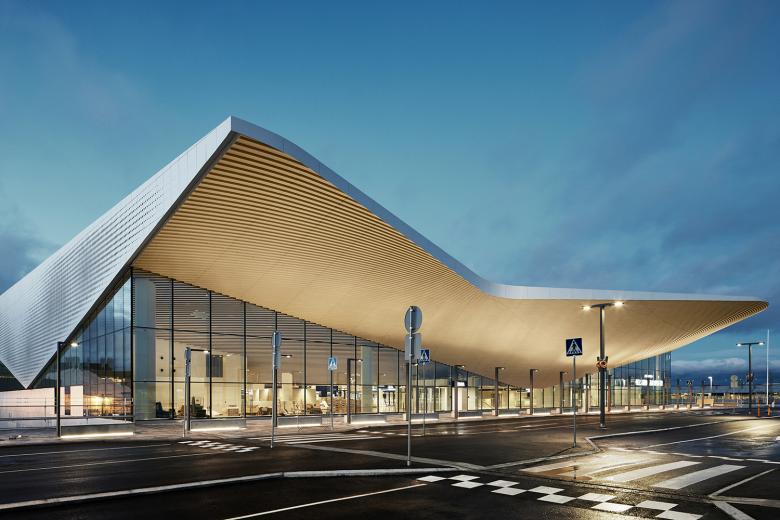 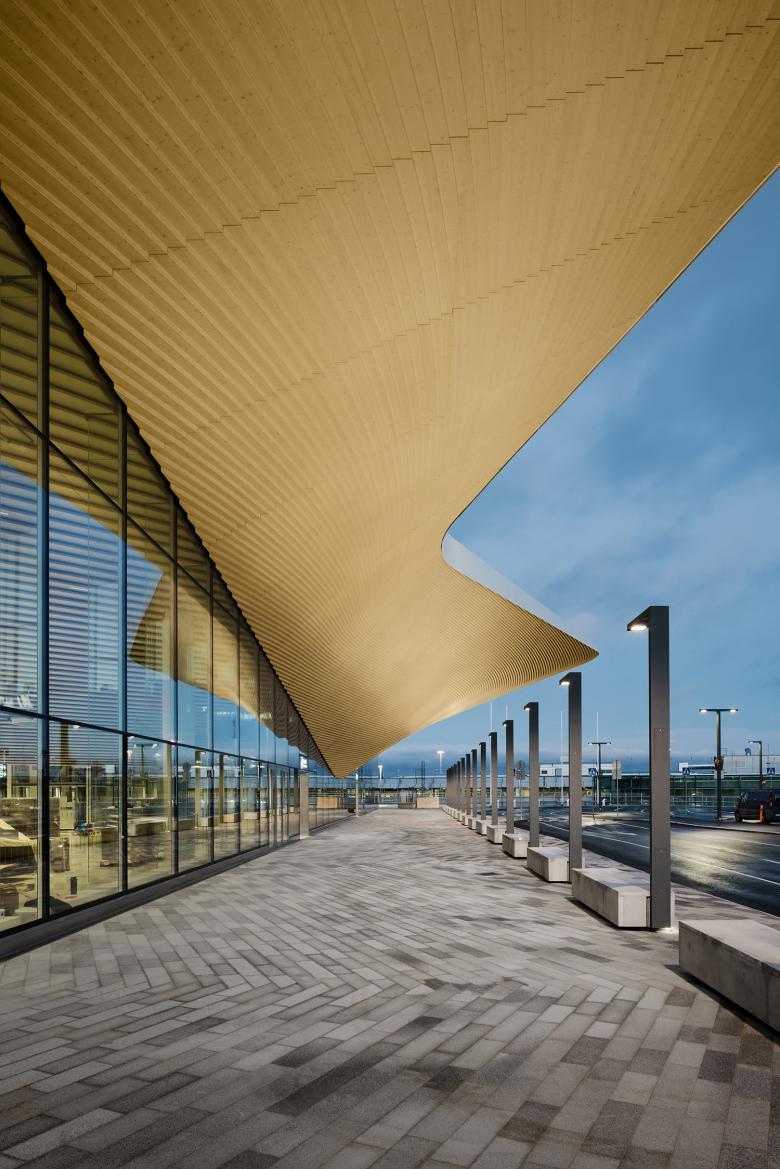 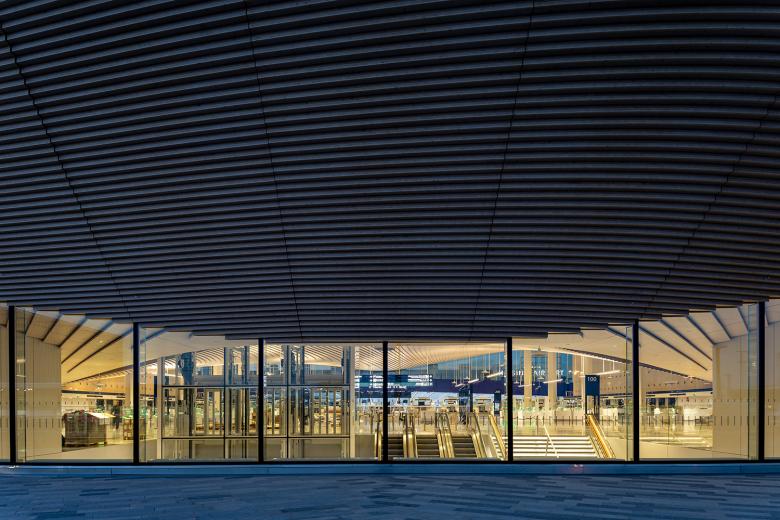 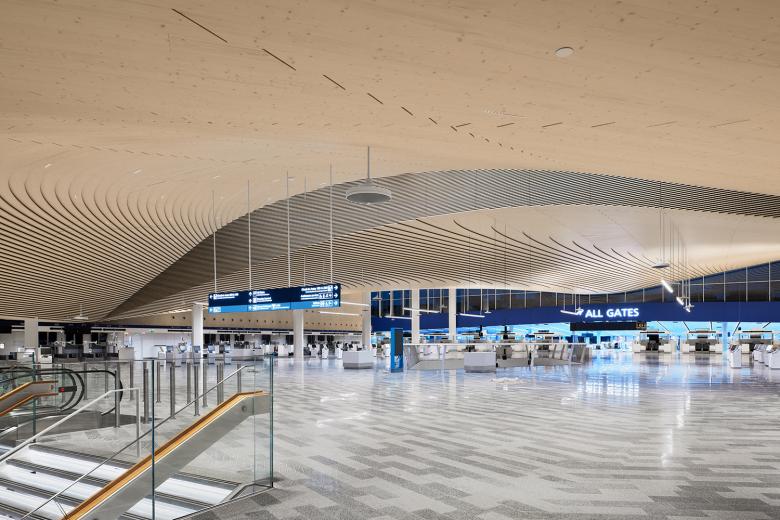 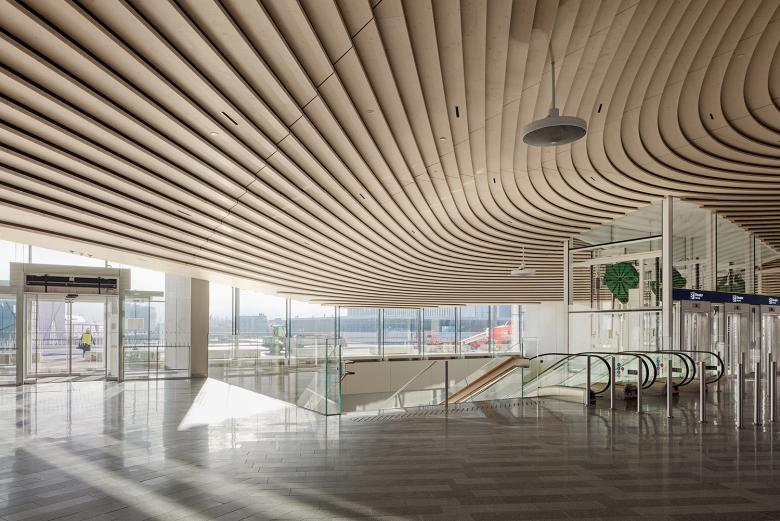 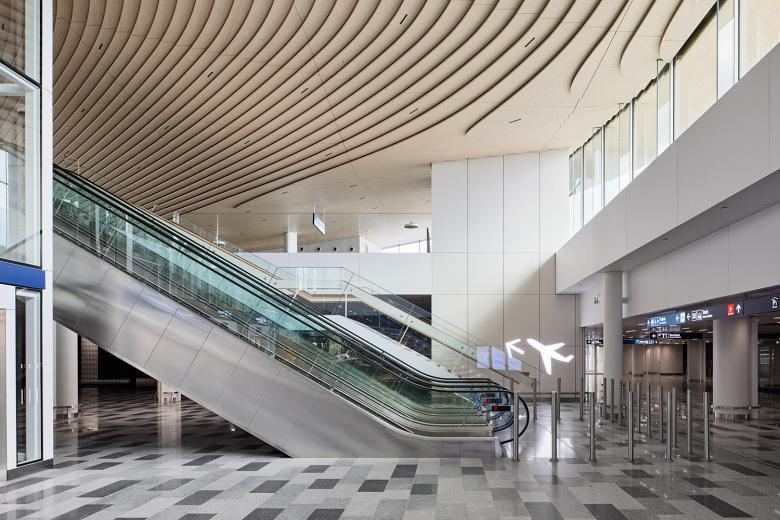 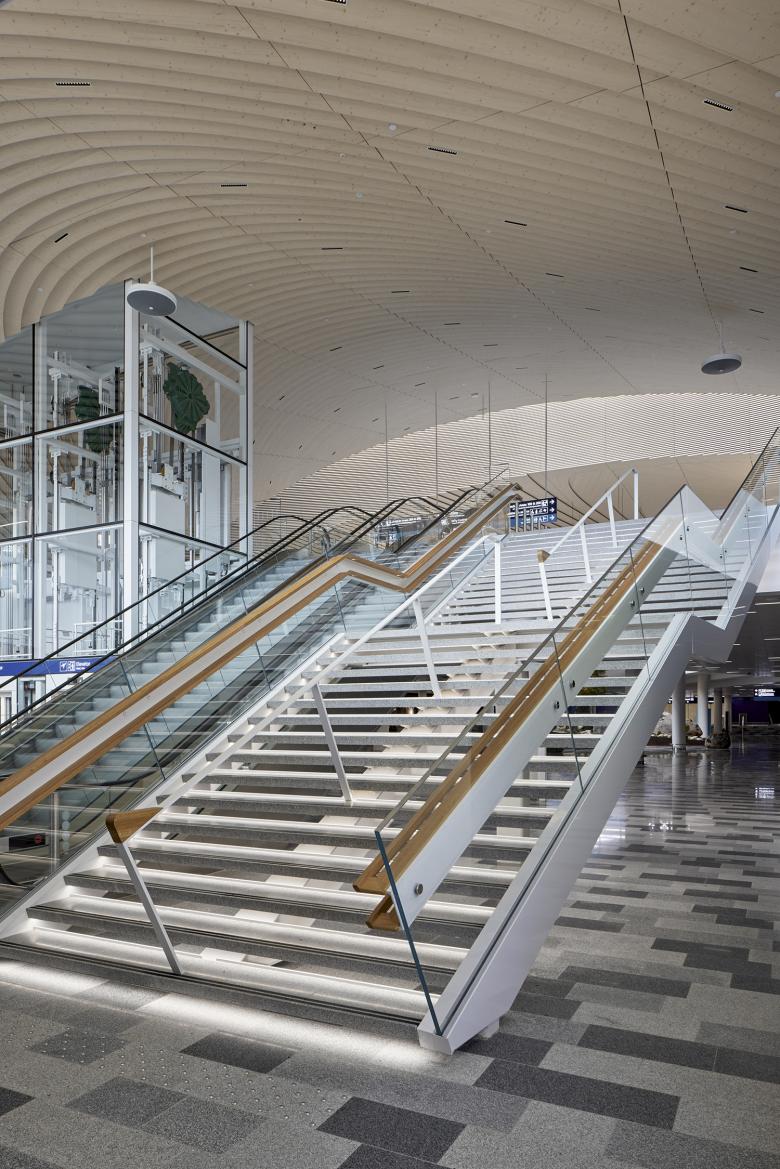 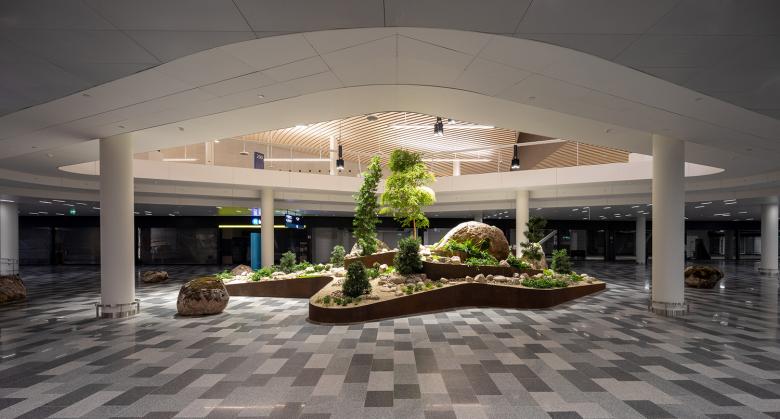 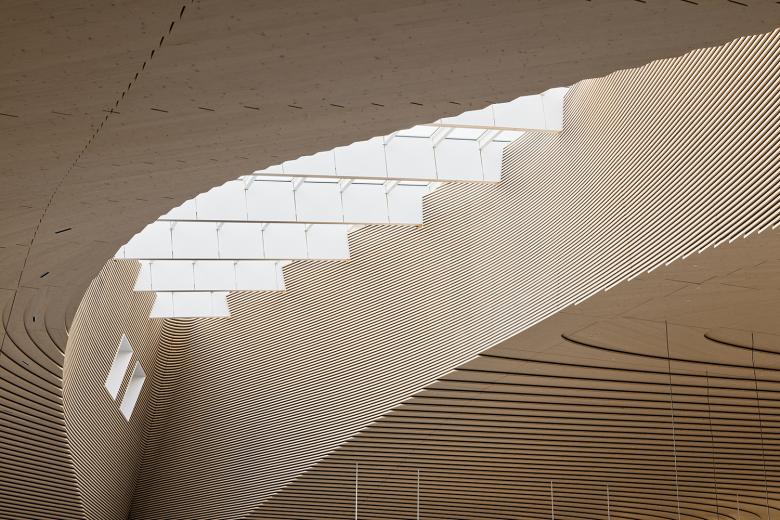 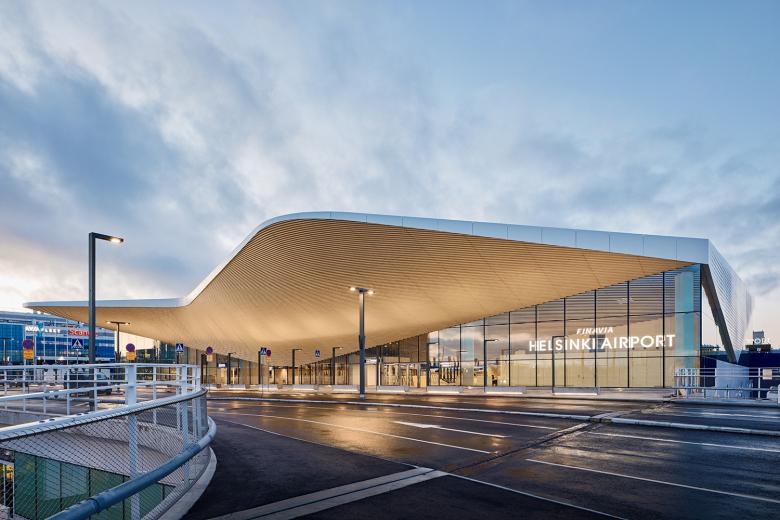 The new entrance building in front of the old Terminal 2 comprises two volumes: the first one housing the departures and arrivals halls, and the second the security control, customs and baggage claim areas. The expansion significantly increases the facilities available for check-in, security control and bag drop services. With the new building completed, the existing departures and arrivals areas of the old terminal will now be transformed into Schengen gate areas. This solution will provide both passengers and services with plenty of additional space while also simplifying the airport structure. The new main entrance, projecting from the existing terminal volume, functions as the new face of Helsinki Airport, whereas the volume for security control and baggage claim, even if further back, will be recognizable due to its blue color, both inside and out.

The imposing departures hall is designed as a continuous space decked by an undulating timber ceiling, the underside of which is like an upside-down version of the topography one sees when looking out a plane window. The lower level of the building is used by arriving passengers, as well as by everyone coming to the terminal by bus, train, bike or foot and those coming from the parking facilities. By 2023, the airport's baggage reclaim functions will be efficiently combined into one single hall. Large openings in the departures hall floor visually link the two levels. The overall design follows the airport’s strategy of having all facilities under “one roof” so that transferring passengers can swiftly walk between the gates.

In addition to the terminal expansion and the multimodal travel center by ALA Architects, and the renovation of the old terminal by HKP Architects, the construction of both a new connection to the Ring Rail railway station and a new 1,800-car parking facility was also included in the same development project.