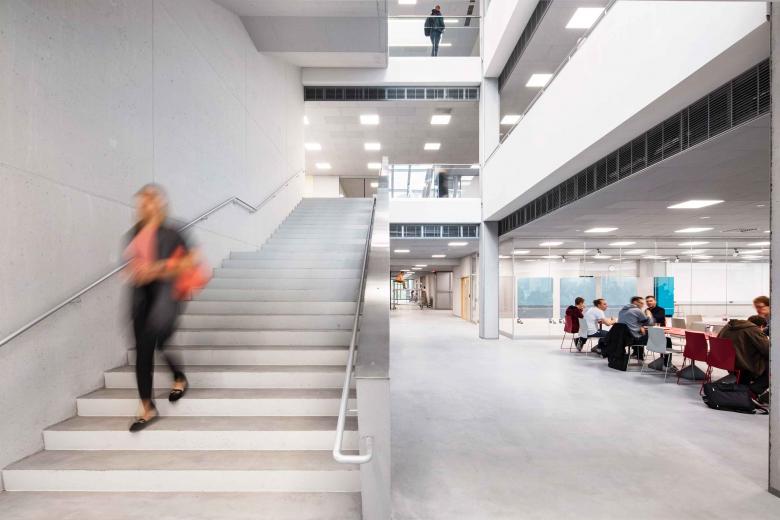 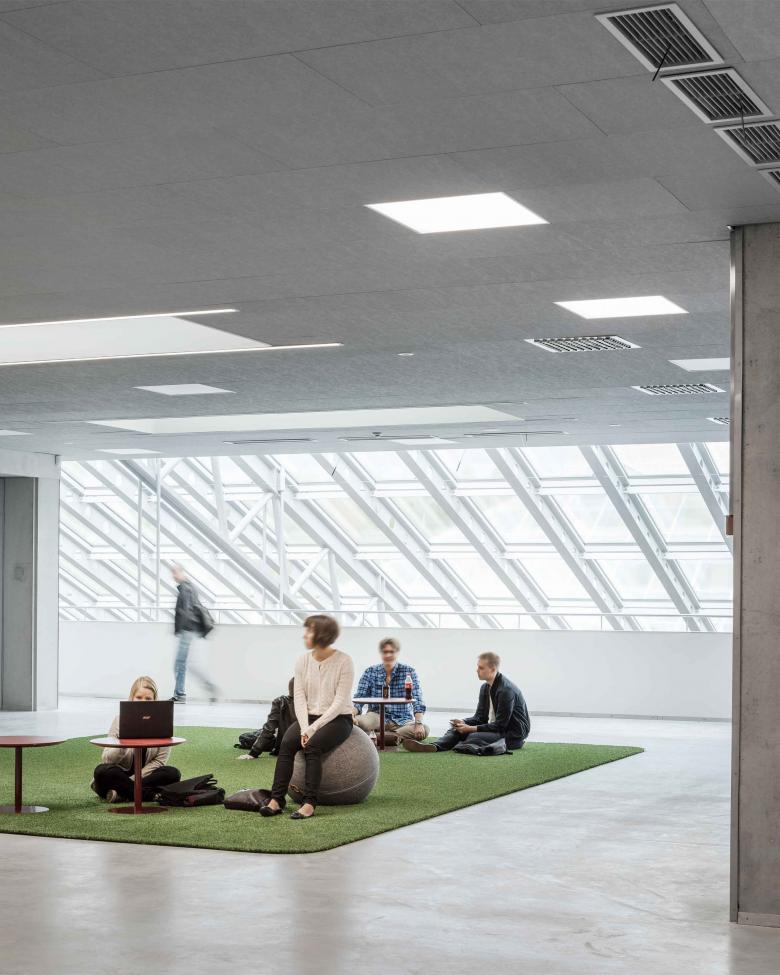 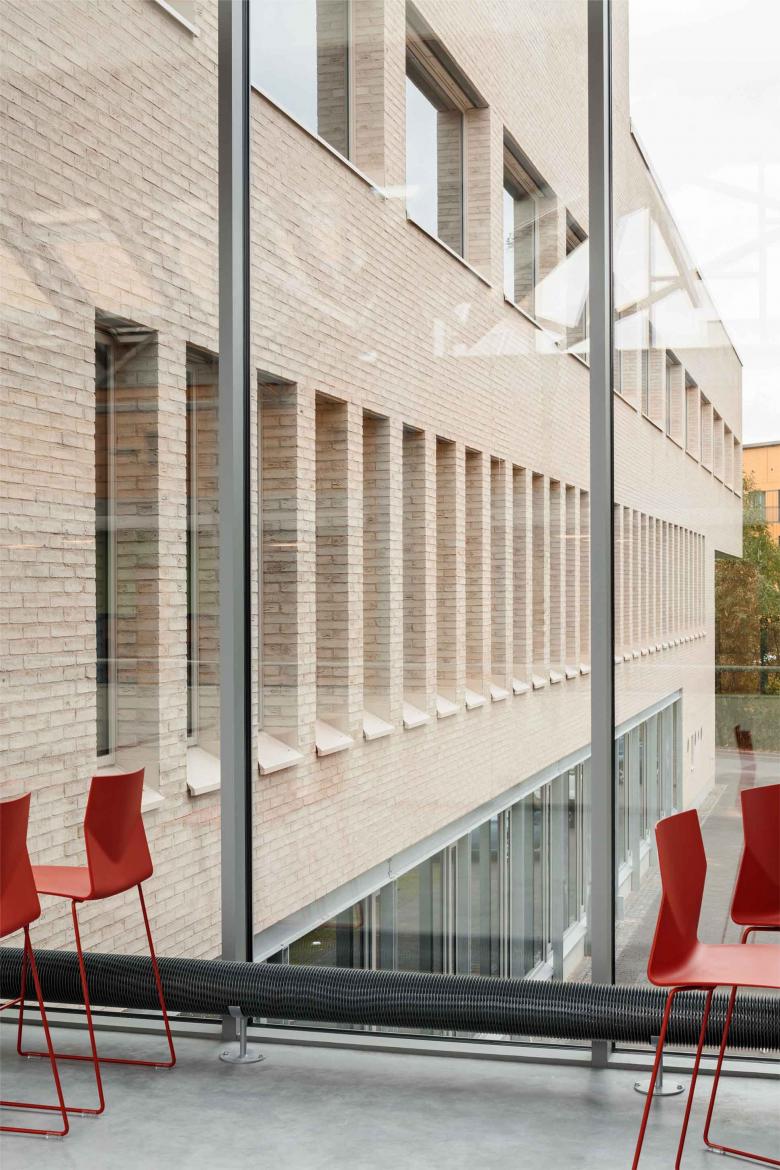 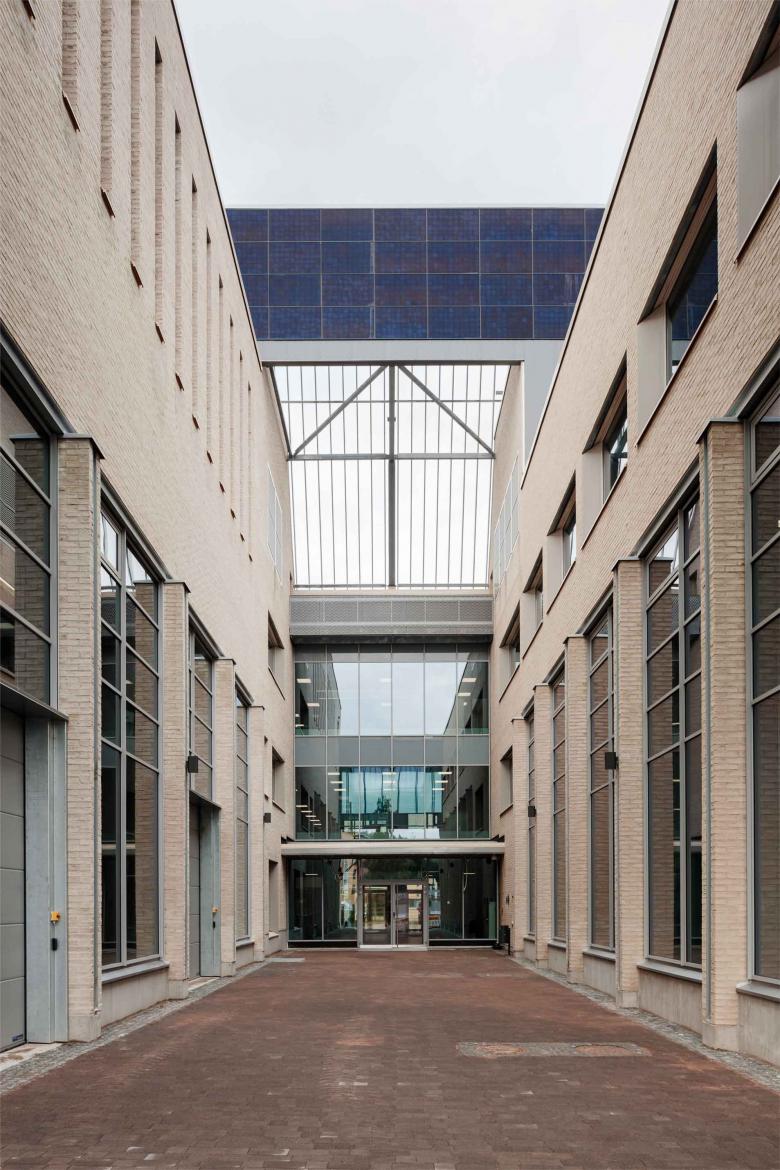 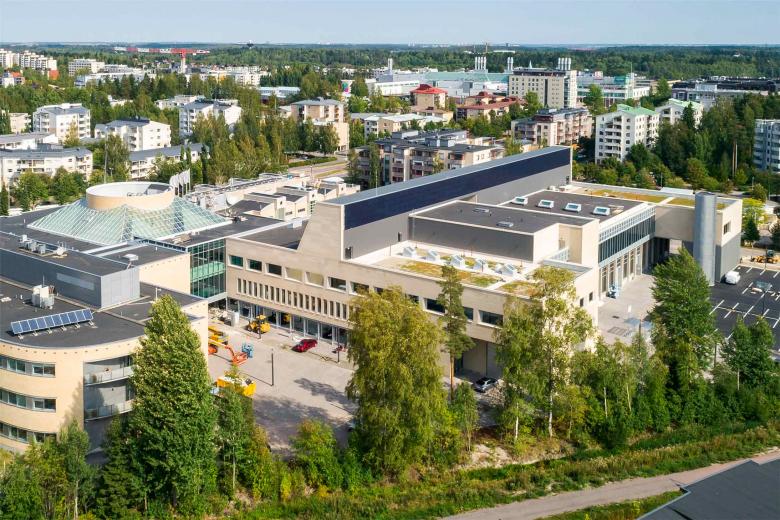 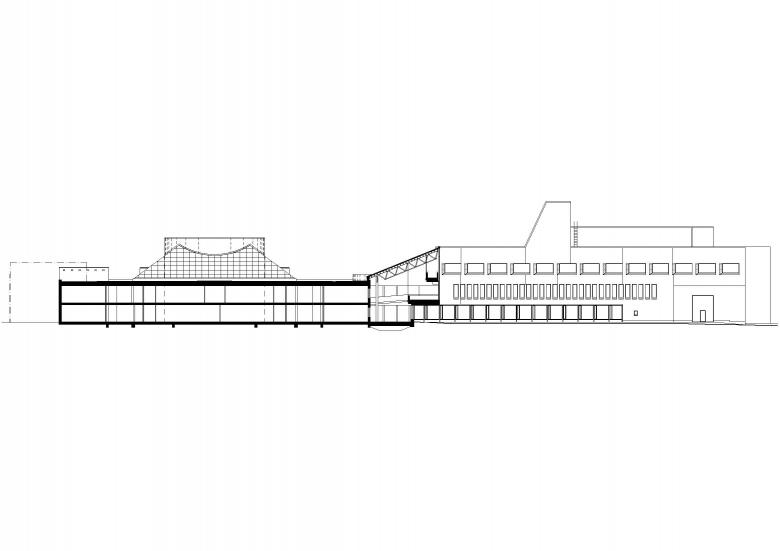 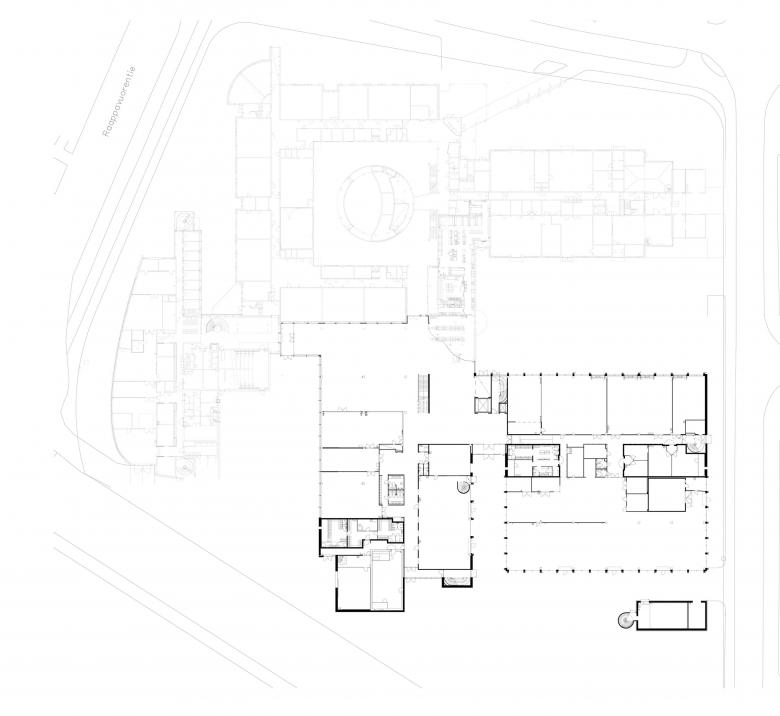 The extension and partial renovation to Myyrmäki Campus in 2018 is the result of centralisation at the Metropolia University of Applied Sciences.

The extension helped create an urban cityscape and a functional whole for the existing facilities and new activities transferred from other locations.

The architectural language of the Myyrmäki Campus reflects the facilities’ profile; as a teaching facility for ecological and energy-efficient construction and interactive pedagogy.

The requirements of the program led to a three-story building that fitted the context, instead of the seven-story massing by the town plan.

The new part connects to the existing with a glazed three-story hall that is the meeting place and entry point for the whole campus. The facades of the existing buildings line the atrium on two sides, and the new floors open out to the light-filled space. Mezzanines are hung from the perforated steel beams from the glazed roof.

The largest facilities; data centres and workshops, required placement at ground level. The ventilation system forms a prominent feature, with a large solar panel field on the south side which is designed to generate 10% of the building’s electricity. The landscaped rooves can be used for teaching purposes, for example for solar and wind energy experiments.

The original buildings are by Pekka Salminen Ky (now PES-Architects), Part A (competition winner 1985, built 1988), and Part B (2001). The building's cultural significance was taken into account for the design of the extension.

The reorganisation promoted cooperation between education programmes in teaching, research, development, and innovation. The centralisation resulted in the activities from twenty locations being transferred to four main campuses. Existing campuses in Myyrmäki (Vantaa), Leppävaara (Espoo) and Arabianranta (Helsinki). As well as a completely new campus in Helsinki's Myllypuro by Lahdelma & Mahlamäki Architects.