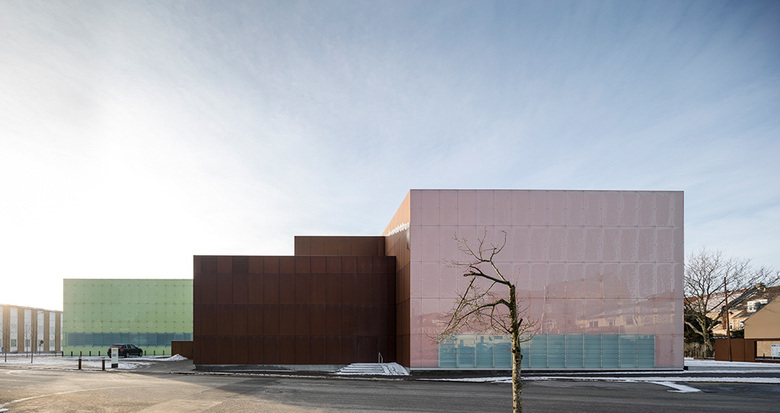 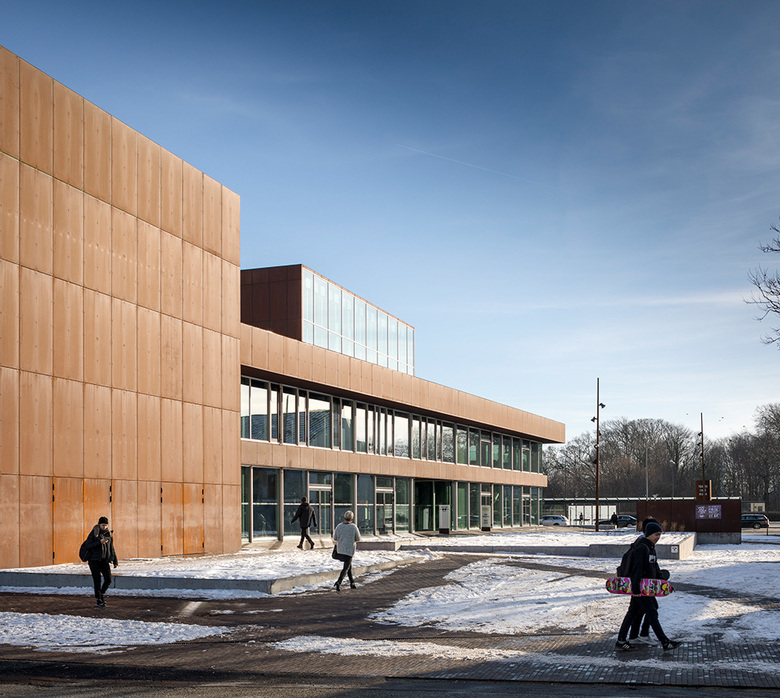 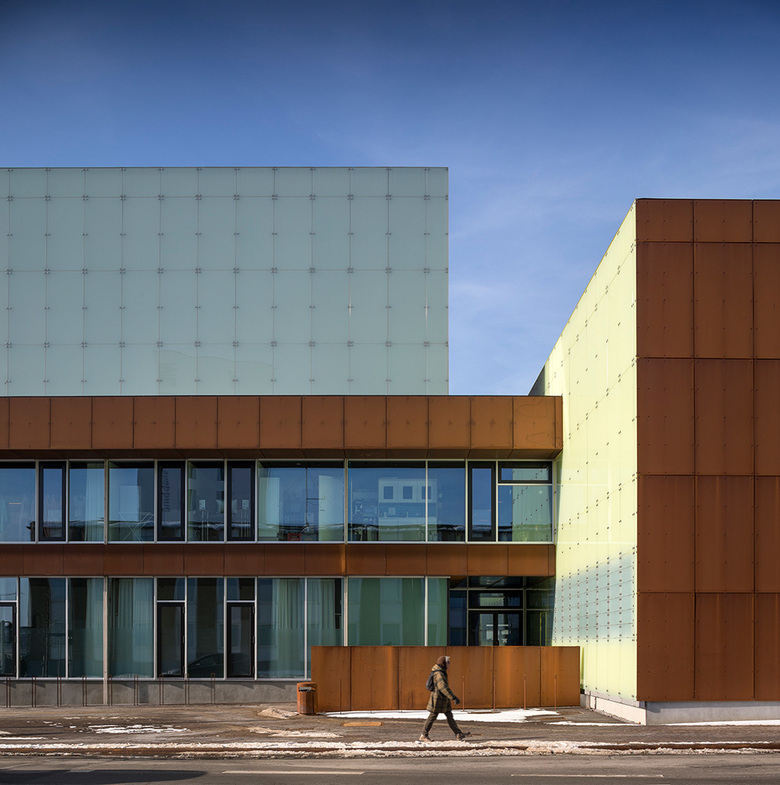 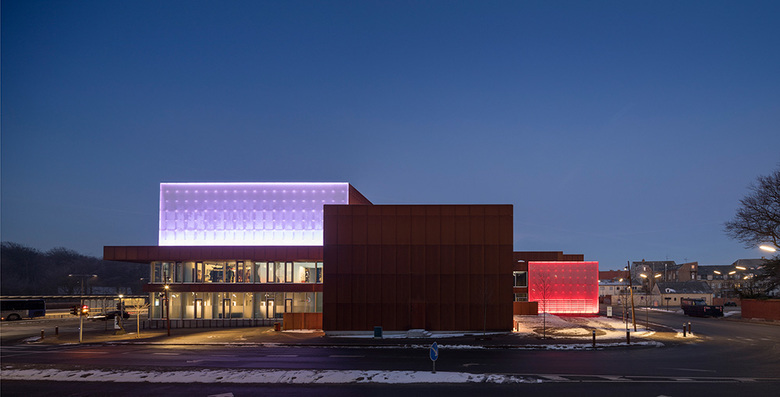 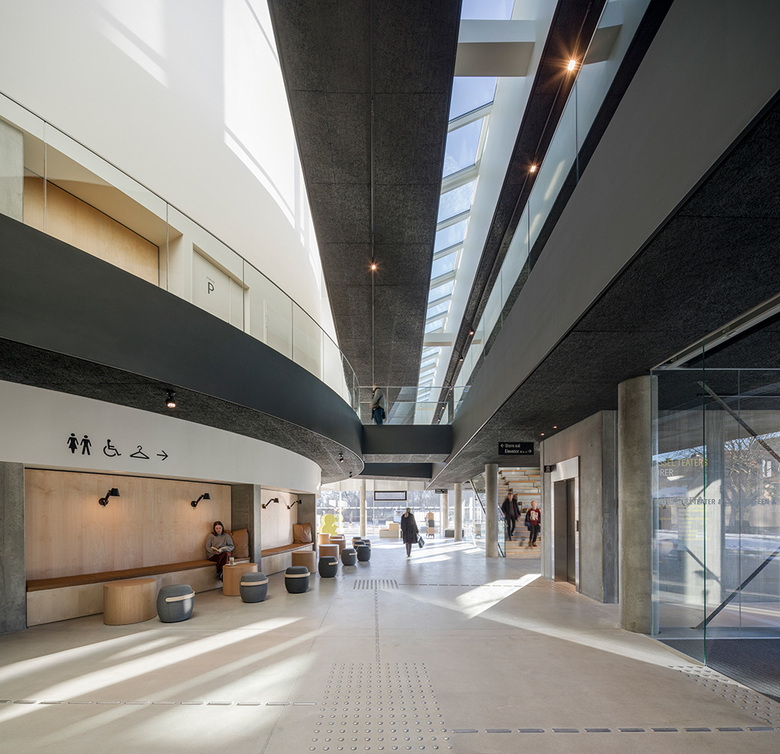 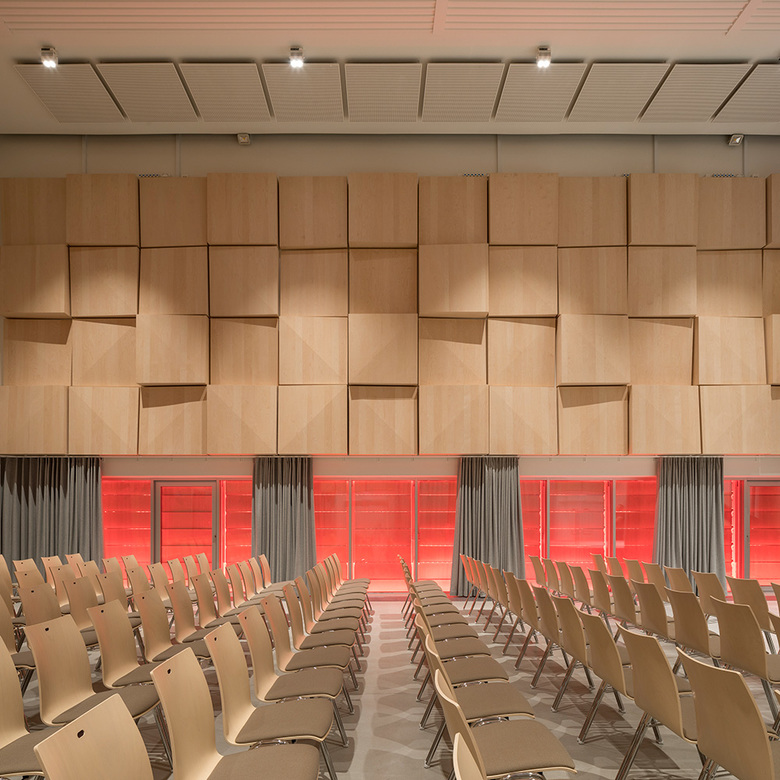 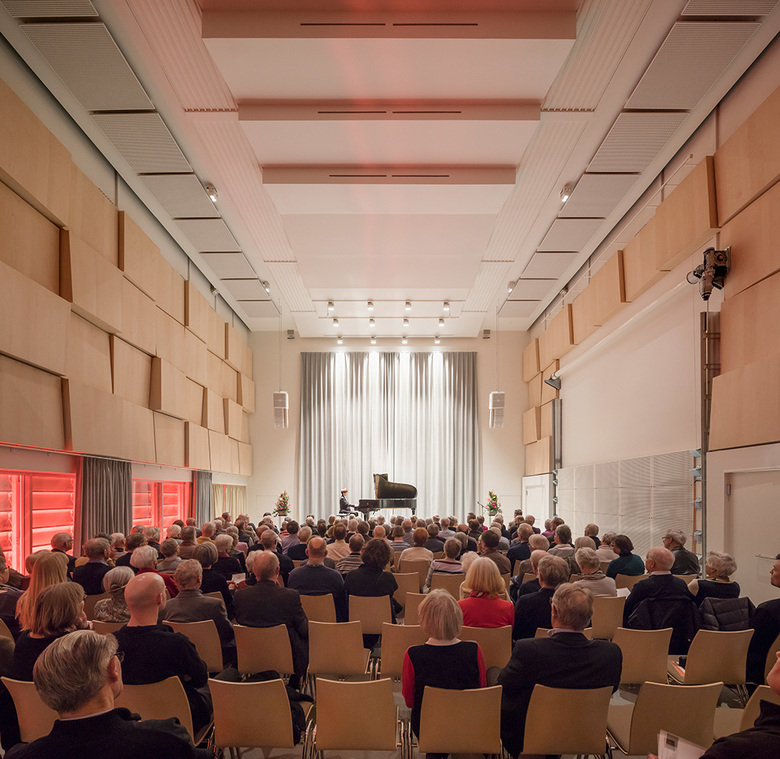 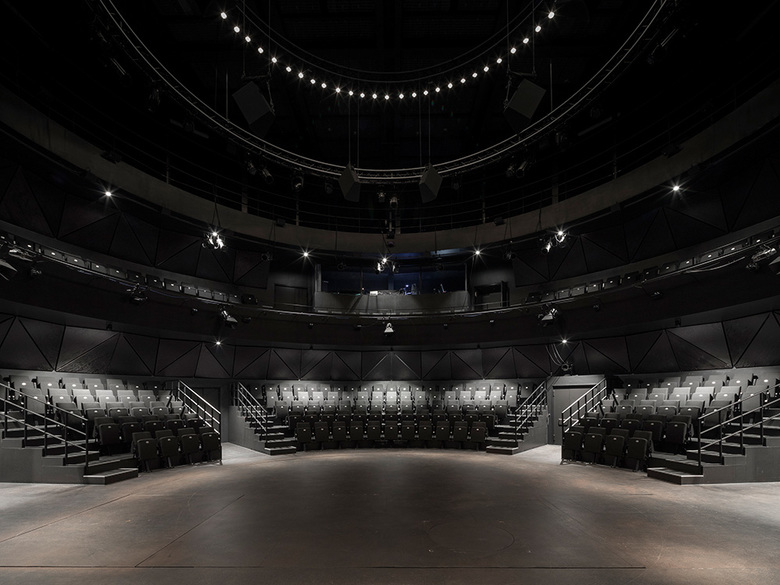 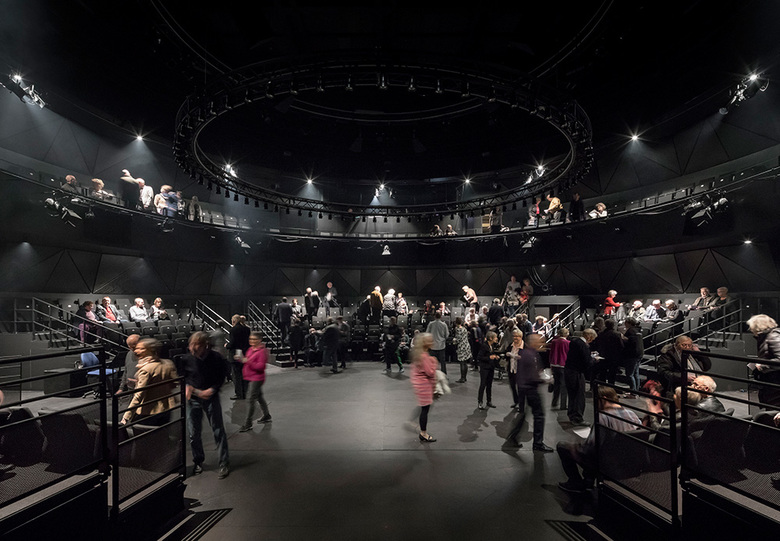 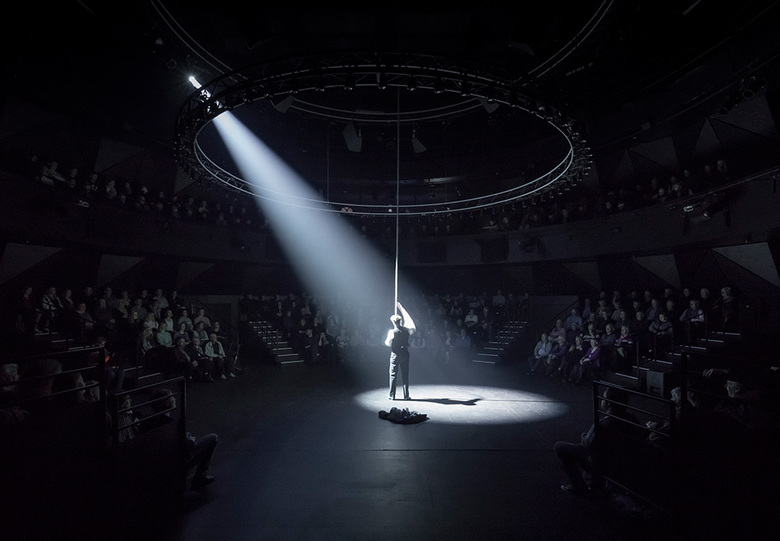 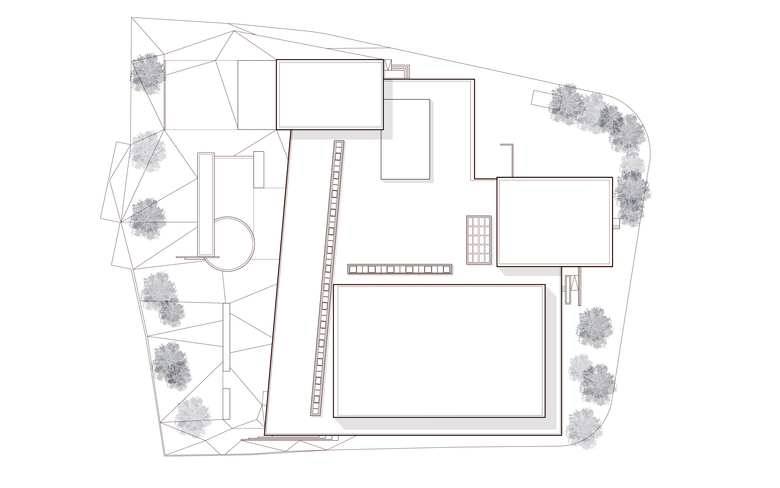 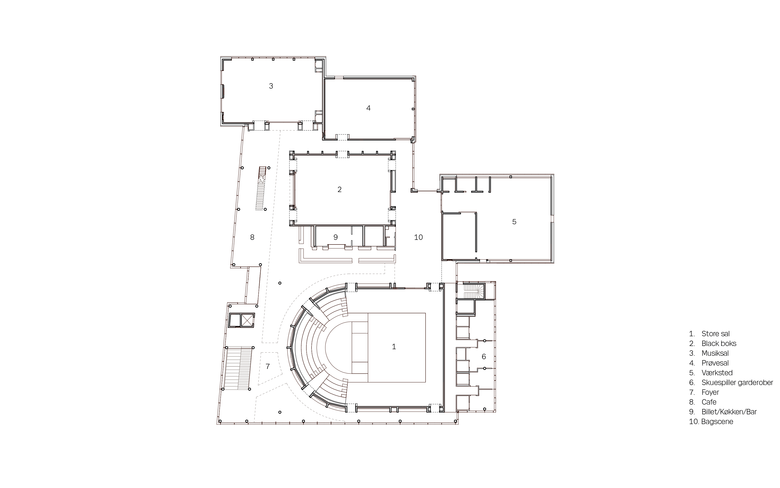 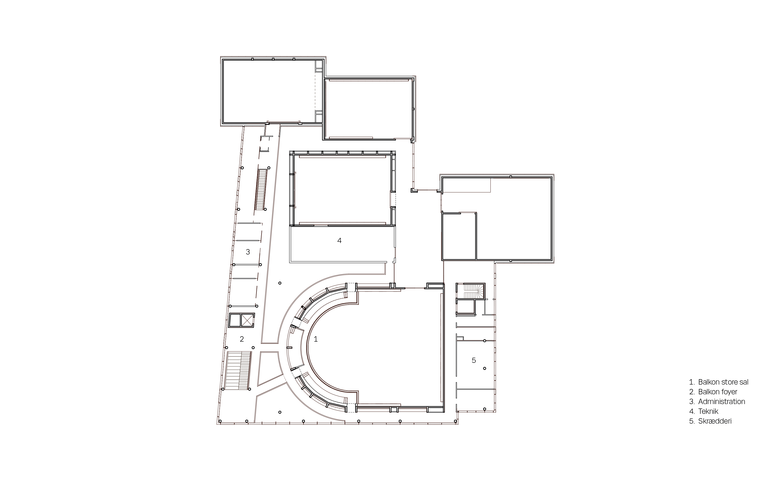 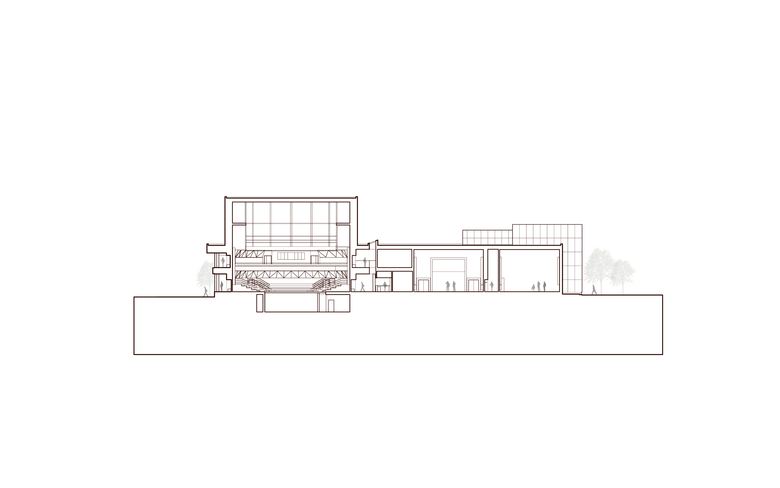 A successful premiere marked the beginning of a sold out season at Denmark's first newly built theatre in over a century outside of the Danish capital Copenhagen. The 4,200 m2 theatre and culture building is designed as a dynamic and multifunctional complex that includes a Music hall, Black Box, Rehearsal hall and a 430 seat flexible hall which includes an"in-the-round" theatre. In addition, the building houses offices and spacious lobby area with café and backstage area with workshop and dressing rooms. With its central location in the heart of Hjørring, the theatre will become a dynamo for the entire region's cultural life.

The building appears as a composition of cubic blocks. The warm rusty red corten steel facades correspond with its surroundings during the day, whilst the LED backed frosted glass facades illuminate in various colors during the evening; thus, creating an aesthetic link between the town, the front plaza and the theatre building.

Architectural, functional and experiential emphasis has been placed on five main themes: Anchoring in the town, transparency, functionality, flexibility and materiality. The result is a striking building, which relates pragmatically to its function and which invites both active use and quiet breaks.

The approach to the building's design has been a pragmatic view of culture as an opportunity and experience for all. Therefore, space has been created for both scheduled and ad hoc events outside at the plaza, inside the foyer and on the grand staircase where visitors can choose to be spectators or even participate in the activities.

Inside, an open plan solution ensures visual and physical connections across the building. The boundaries between publicly accessible areas and the more traditional theatre functions are blurred.