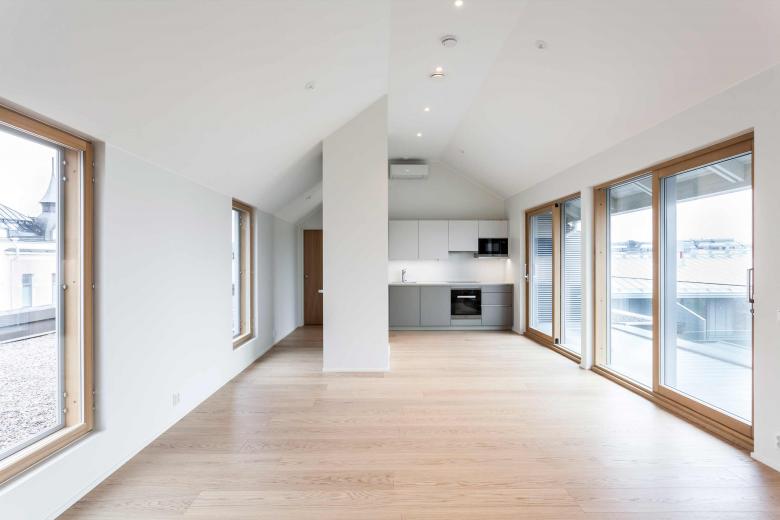 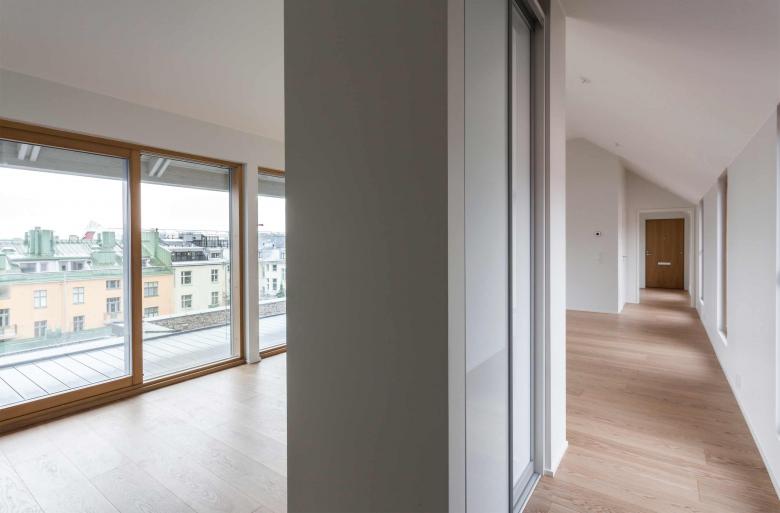 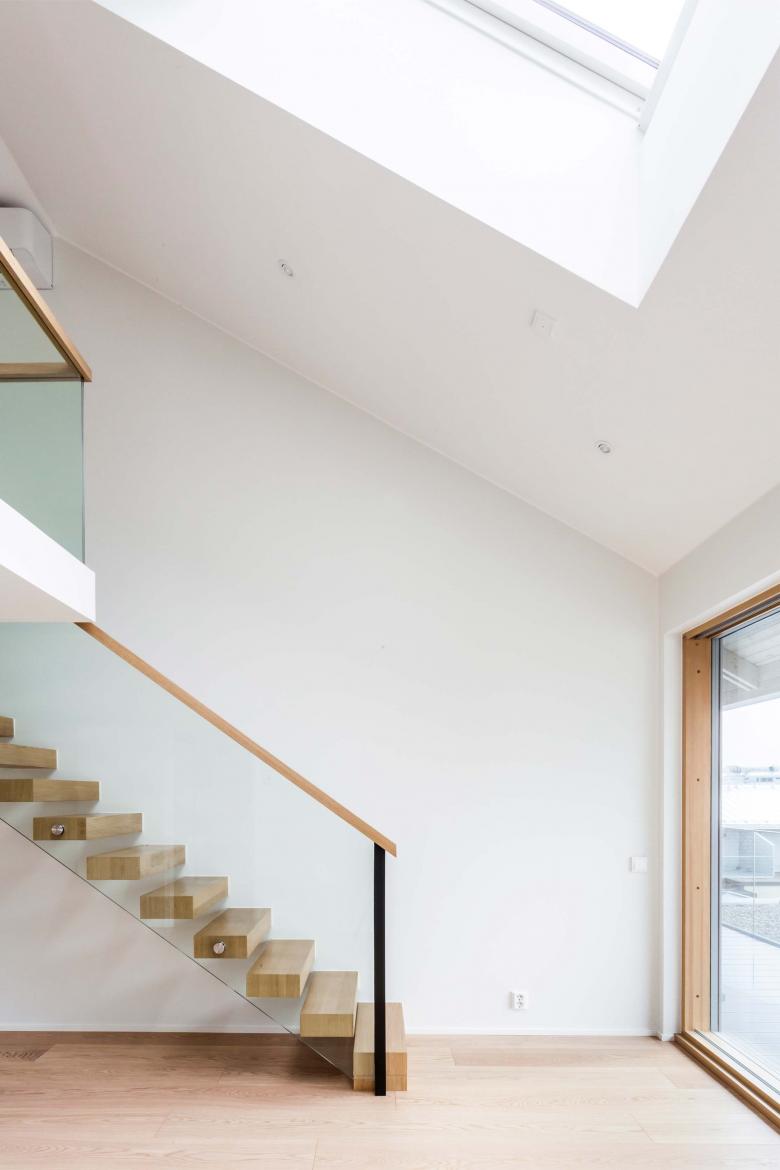 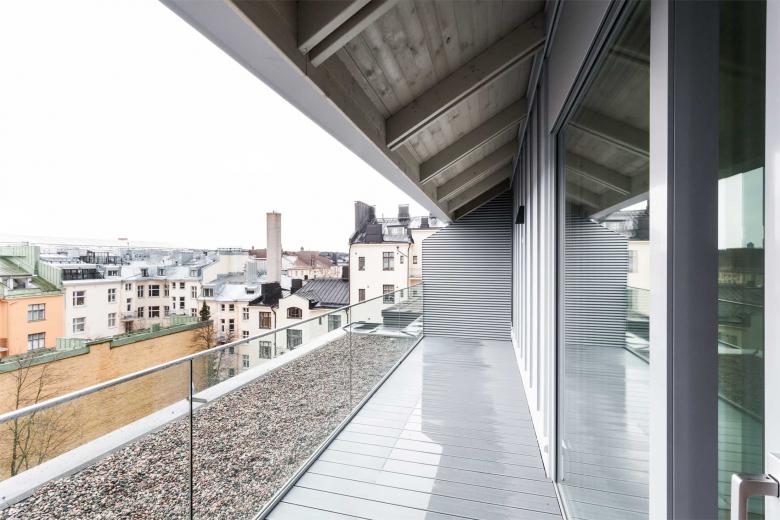 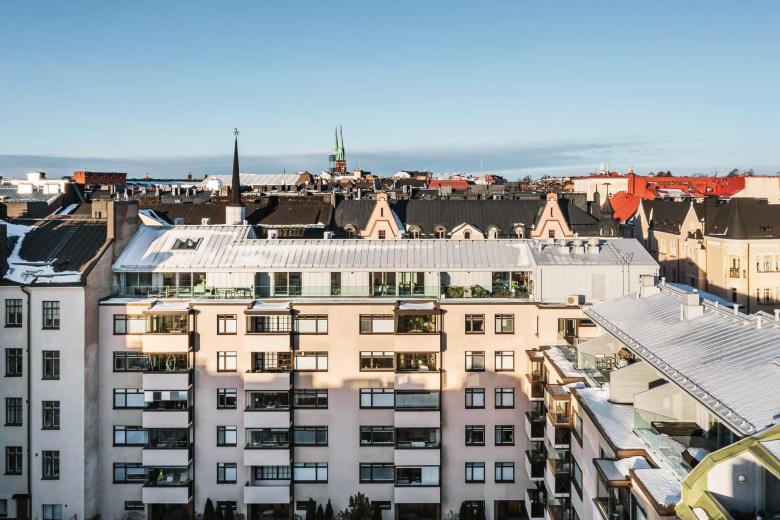 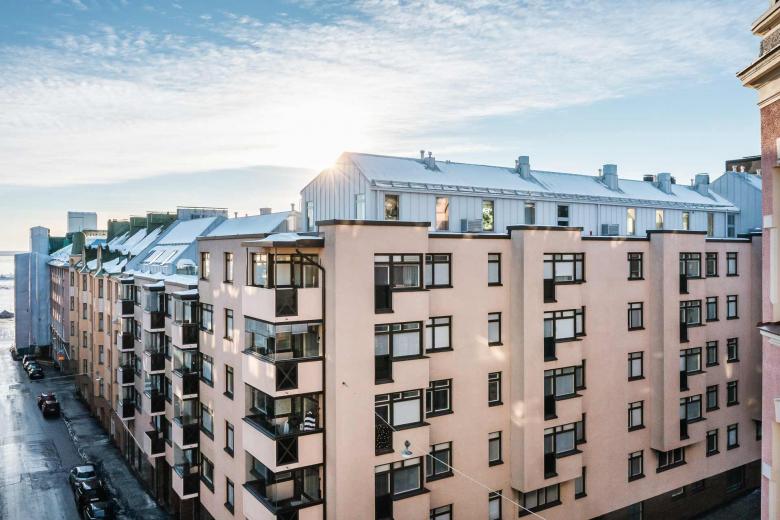 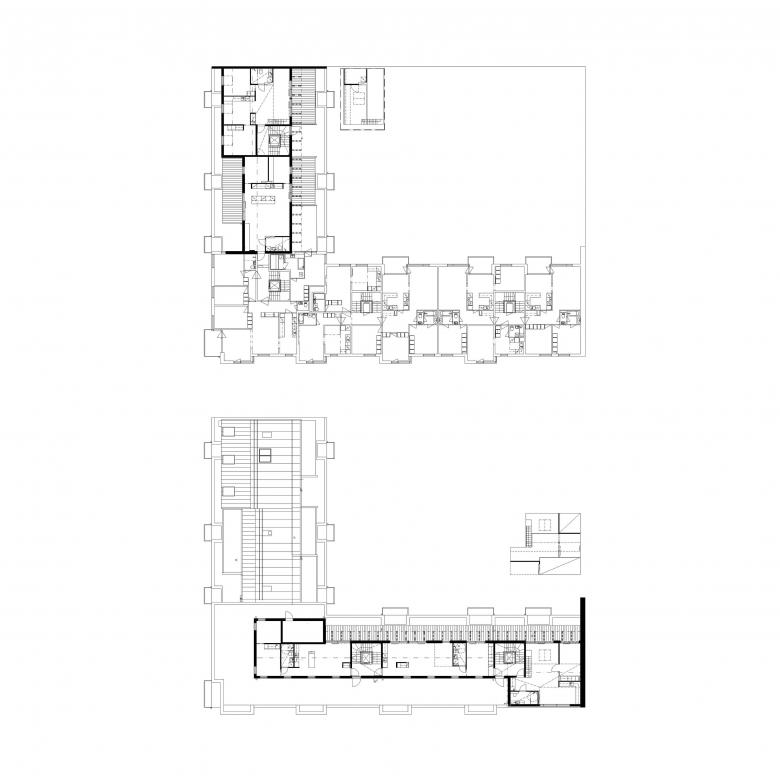 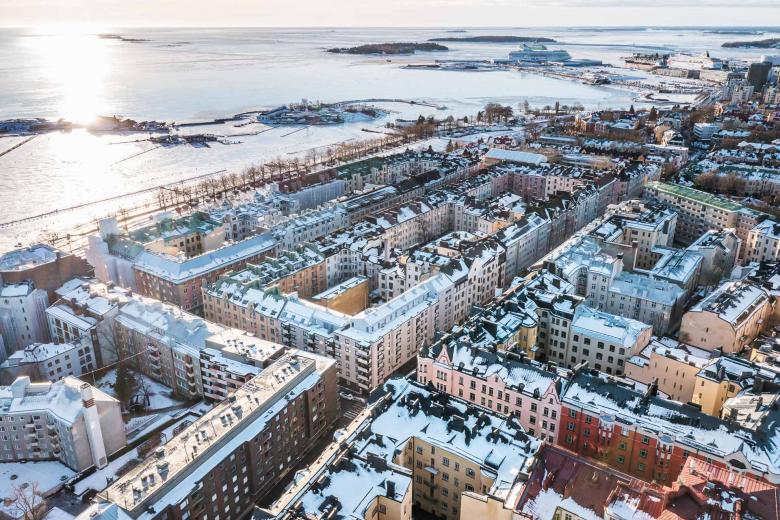 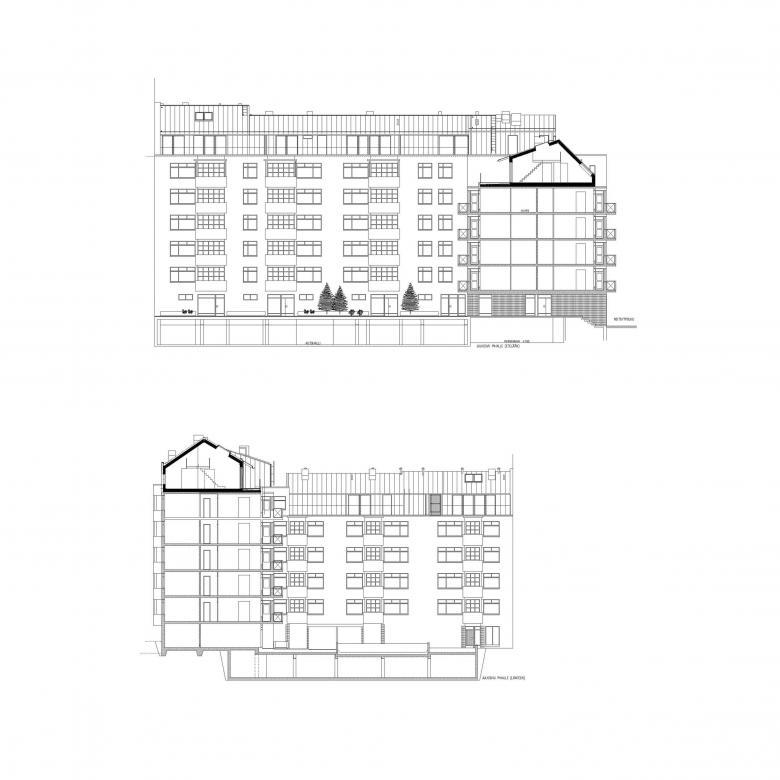 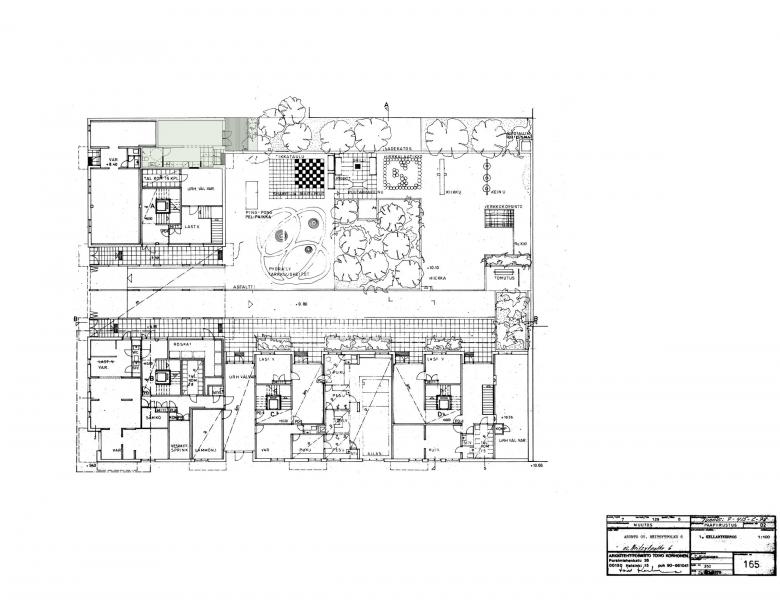 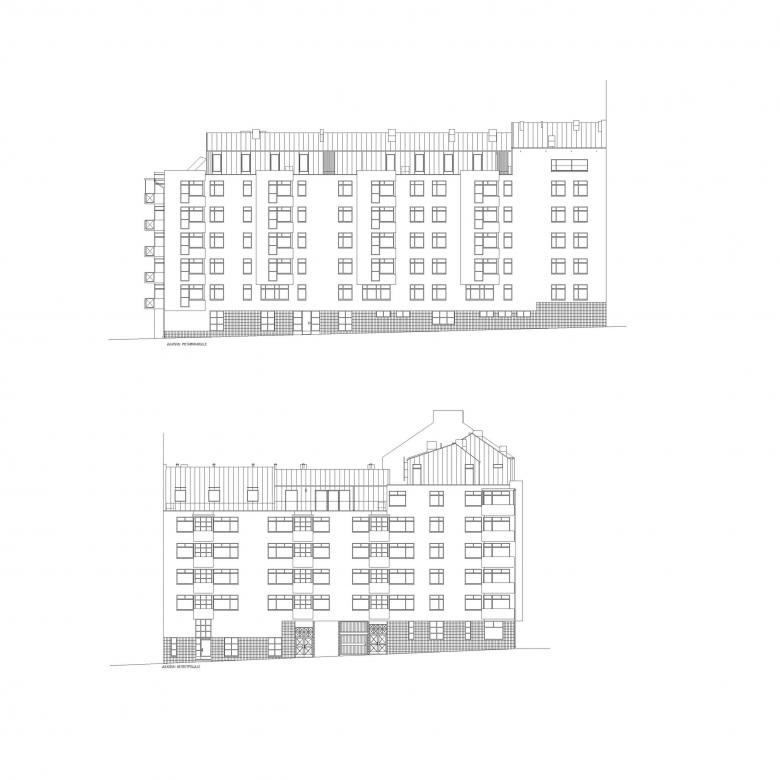 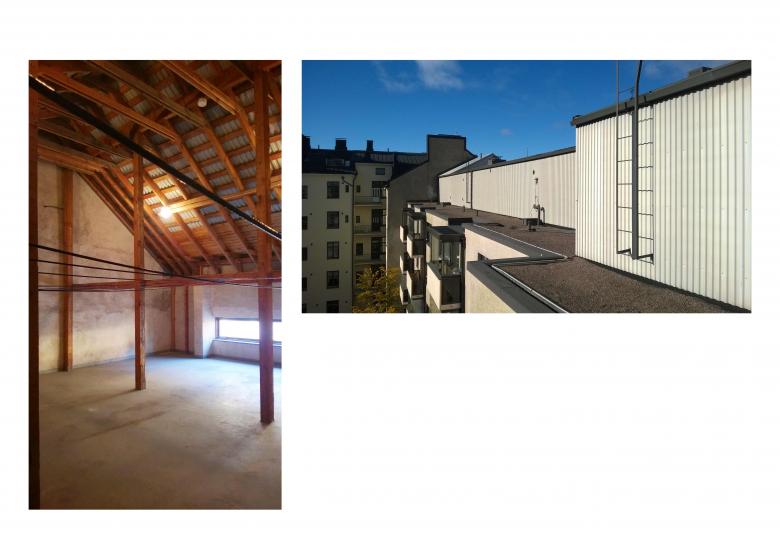 Attic apartments can also be designed for flat roofs!

As.Oy Neitsytpolku 6, designed by the architectural firm Toivo Korhonen, was completed in 1978. The residential building, designed by architect Tuulikki Kuhmonen, differed from the mainstream prefabricated houses with its plastered façades and was included in the Finland Builds (Suomi rakentaa) exhibition in 1981.

The project for attic apartments was based on the existing uninsulated storage attic set back from the facade. It was natural to supplement the space between the storage attic with additional structure to consolidate the mass of the attic. On the ground level, a little-used sauna space was converted into a small apartment; a larger sauna space with a swimming pool had been renovated in earlier pipe renovations.

On the north side, the attic windows were enlarged and the masonry part of the façade was slightly raised. Large glass surfaces and terraces were opened towards the courtyard. The narrow frame allowed for good daylight access. The height of the attic allowed for loft spaces in a couple of the apartments.