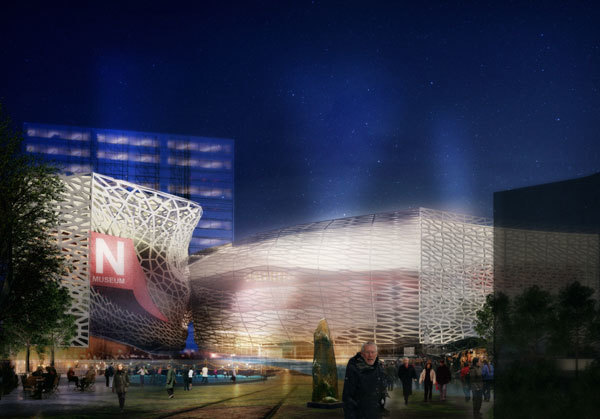 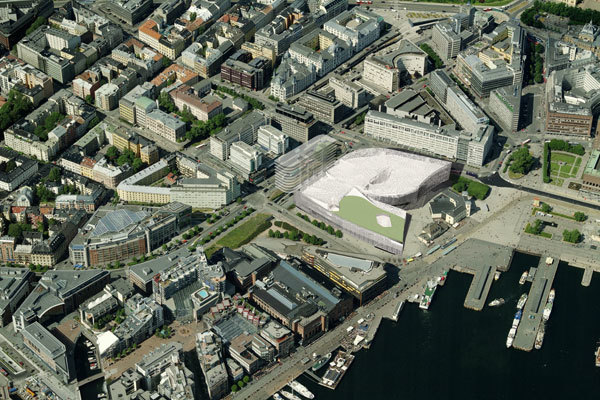 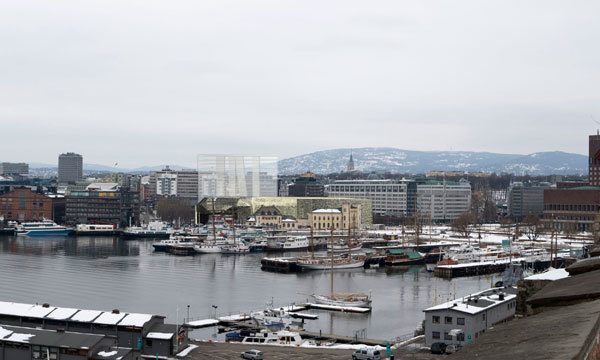 The National Museum of Art, Architecture and Design is a proposal for an international competition. CDR Studio’s proposal creates a space for the co-mingling of art and everyday practice of life and for rethinking well-tread Norwegian cultural touchstones (relationship of the individual to Nature), not as cliché, but as a retooling.

Except for the corner held by the Nobel Peace Center, a void in the Oslo city fabric is created by the trace of the old railway loop, coupled with the chasm of below-grade highways. The cityscape is conceived of as a positive force pushing into the building mass. Programmatic elements such as an after-hours library/café with a view of the city and a bookstore create a street frontage. A forecourt creates a new public space, a crescent-shaped plaza, which is conceived of as an urban carpet connecting up to the vertical landscape of the museum connection. It is a space that is both inside and outside; individualized and communal; a singular cultural form and a shared event. It is an extension of the Oslo fjord itself.

Three distinct volumes define the museum massing: the exhibition wing, the curatorial/educational wing, and a totemic core, which can support the museum’s logistical needs and a future government office tower. Paths through the museum connect street axes across the site. The mesh “mitten” skin of the building is a triangulated pattern made of recycled aluminum, offering a cohesive matrix that responds to local conditions. Each coffer creates a lens, looking back onto the fjord and the city.