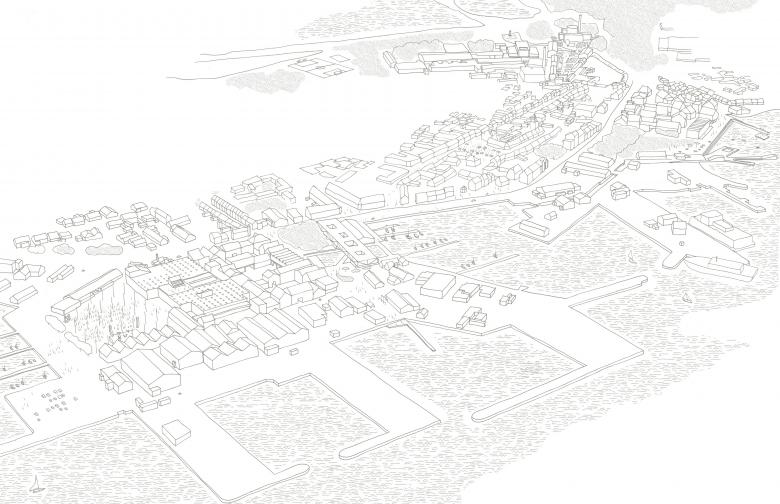 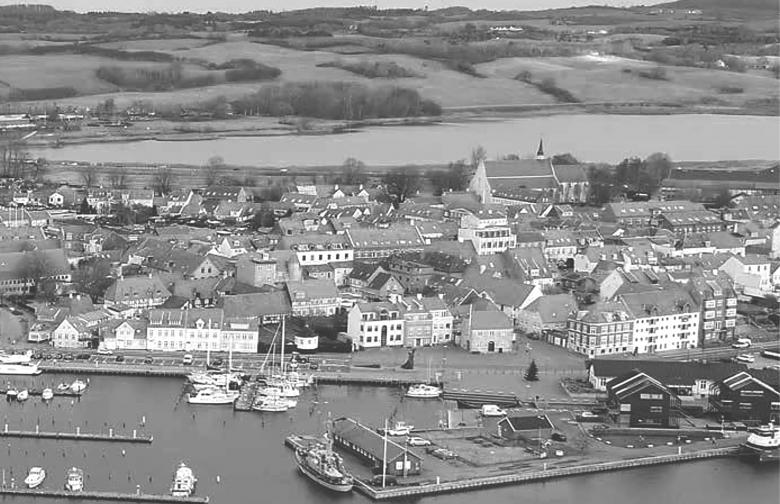 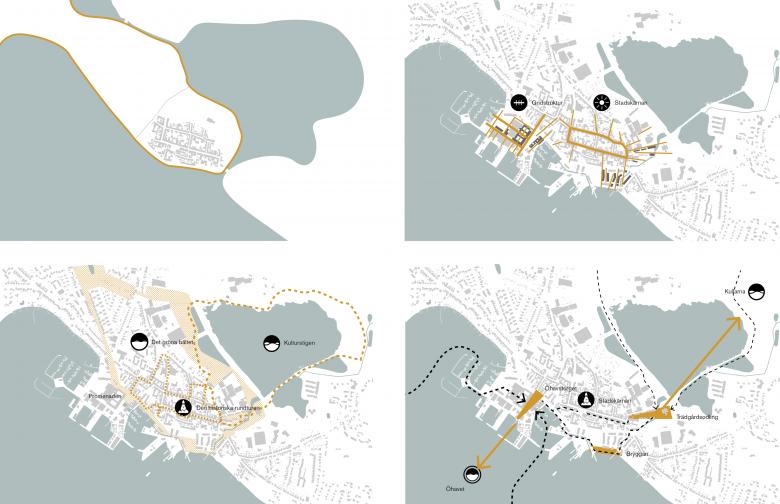 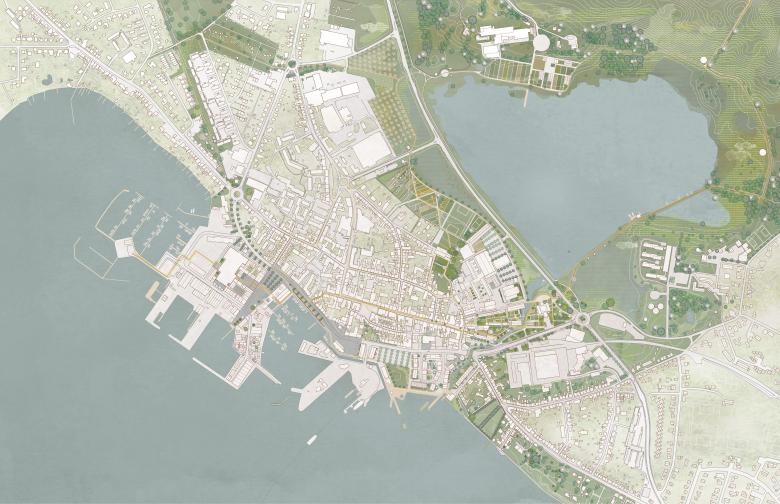 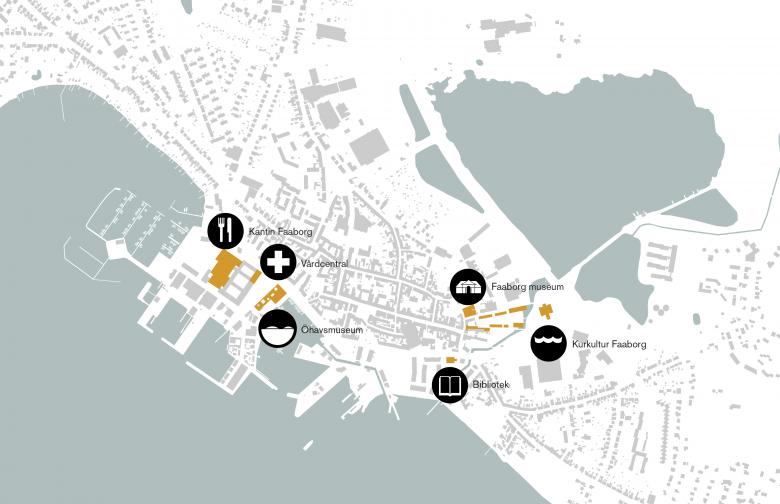 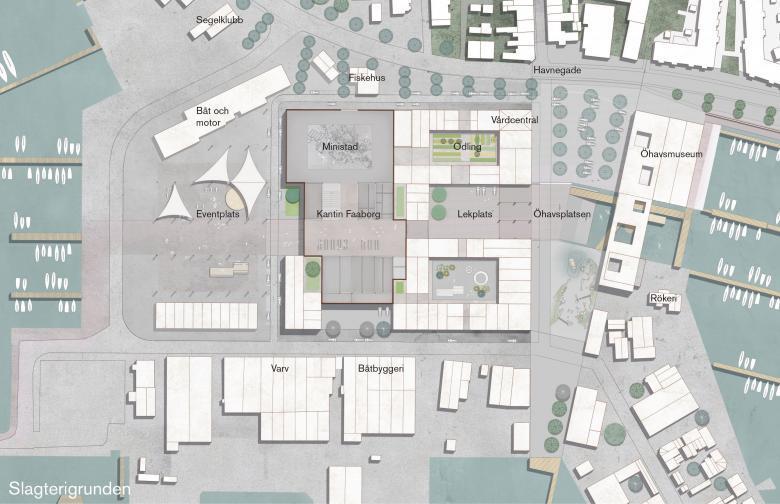 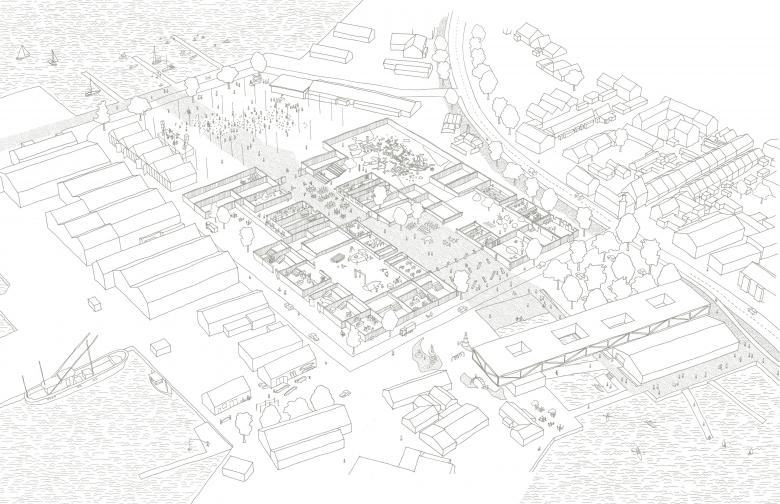 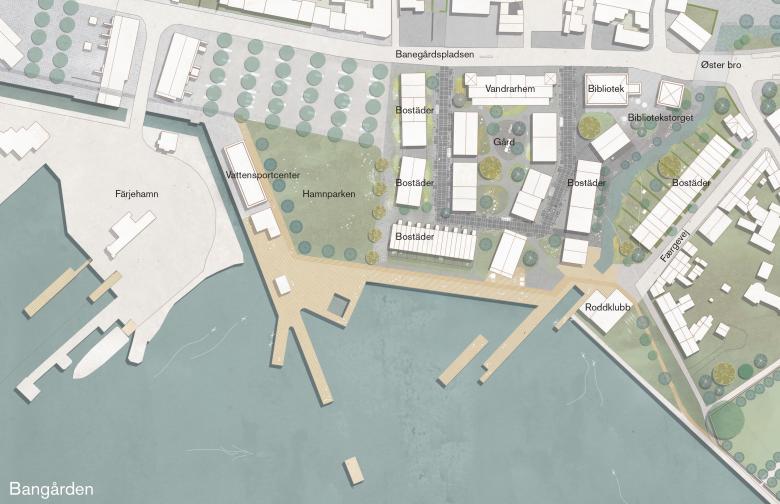 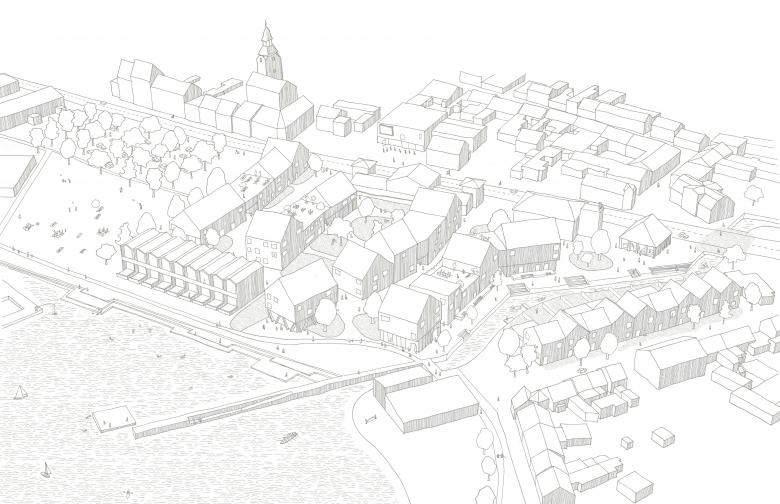 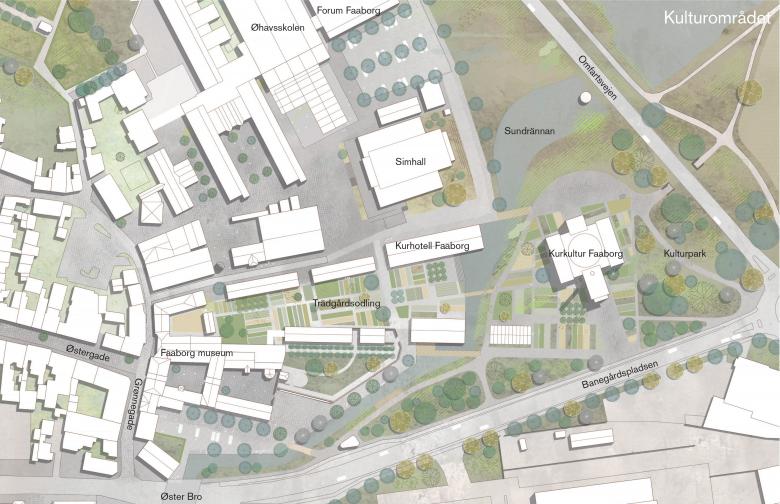 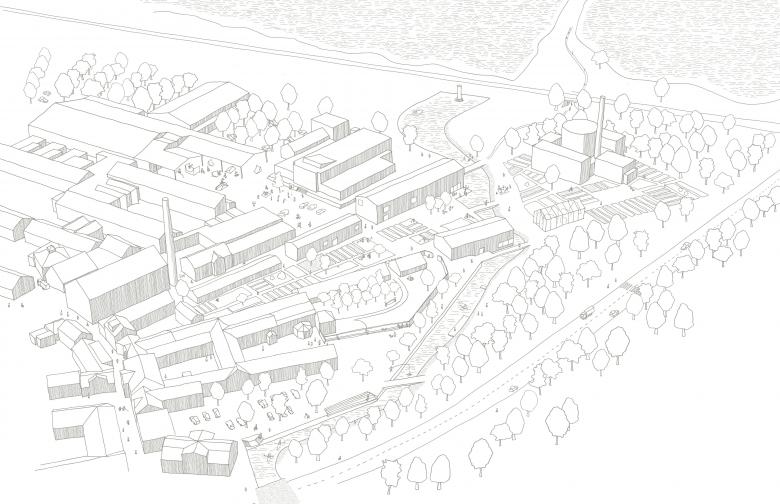 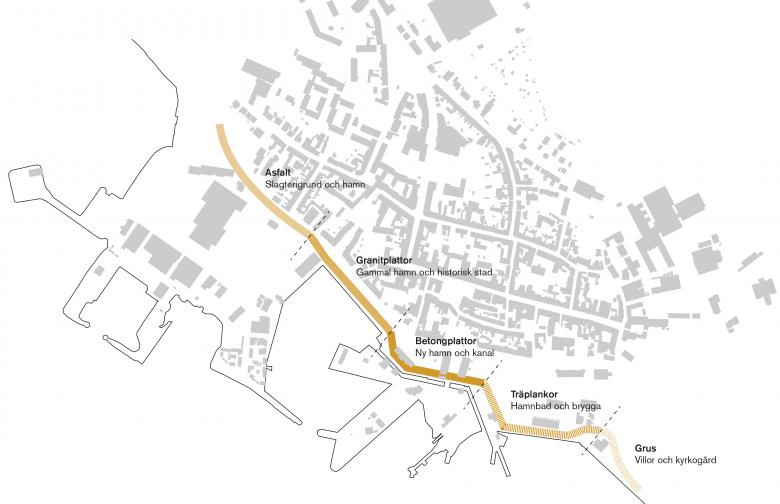 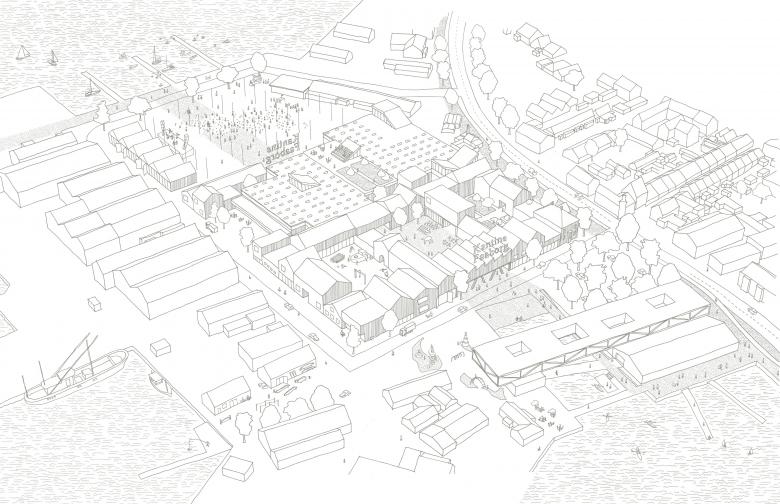 Faaborg is a coastal town located on the island of Funen in southern Denmark, one of the oldest trading cities in the country. Faaborg is currently facing three major challenges. It needs to immediately focus on the high risk of flooding caused by the climate change, the historically and culturally valuable city centre needs to reinforce its connections to the surrounding landscape and the entire town suffers from a decrease in population. To address those, and to maintain the town’s strong position as an attractive urban environment and a travel destination, the Faaborg municipality and Realdania jointly organized a competition with the aim to create a strategic development plan for the city. Three invited teams participated in an open process which provided multiple opportunities for an open dialogue. Kjellander Sjöberg has won the competition in collaboration with GHB Landskabsarkitekter, Mogens A. Morgen, Realise and Tyréns.

The proposal focuses on refining the existing by strengthening existing relationships and reviving discontinued industrial grounds with new content and attractive qualities. A disused factory becomes a meeting place to highlight the regional food culture, an abandoned railway station area develops into a seaside residential neighbourhood and former police building turns into a library. New places for wellbeing and culture are created as well as the city districts along the shore receive coastal defence to prevent flooding.

Faaborg was originally located on a peninsula, lost over time by being filled or covered, becoming very unclear. In the competition proposal, the landscape is restored, turning the Sundrännan culvert back into an open channel with new hiking trails leading up to the surrounding hills, recreating the natural character of a peninsula. The connection becomes even stronger in the design of three new public spaces – Kulturparken, Bryggan and Öhavstorget. The new urban fabric is formed clearly by taking the existing structure into direct consideration as well as by a careful approach to areas where fabrics from different times meet.

A significant part of the competition brief focused on developing three key areas of the city – Slagterigrunden, Bangården and Kulturområdet – each with its own distinct character. In the case of Slagterigrunden with its marina and shipbuilding yards, a transformation of a former slaughterhouse is proposed, converting the old brick building into a venue for major events, a meeting place for the regional food culture and a public square. The nearby former grain silo on the quay is to become a new Island Maritime Museum. Bangården, marked by a railway station shutdown, relocation of post offices and abandoning a bus wash, is designed to become a new residential neighbourhood with strong connections to Faaborg’s old town centre as well as nature, the sea. Kulturområdet contains three significant old buildings – Faaborg Museum, Lundgaard Tranberg’s CHP plant and Forum Faaborg. The museum is to be surrounded by a new cultural park and the soon to be discontinued CHP plant is set to house a new wellness actor, Kurkultur Faaborg.

The city, fully exposed to the sea, threatened by the rising sea levels and extreme rainfall, needs to secure its port area immediately. The proposal secures the medieval city centre with various innovative types of coastal defence techniques and the part of the city built on reclaimed land is to receive a modified foundation. The defence methods are designed in five different expressions based on the diverse characters of Faaborg itself. Furthermore, the Sundrännan culvert will be restored into an open channel where water can be regulated whilst recreating the original character of the landscape; a former peninsula in the southern archipelago of Funen.