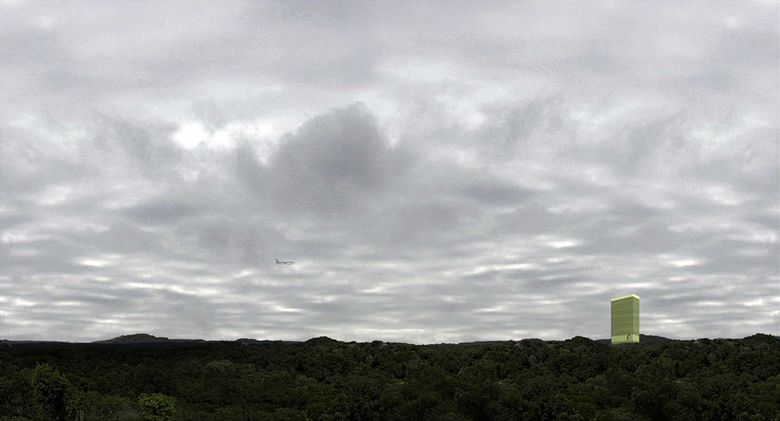 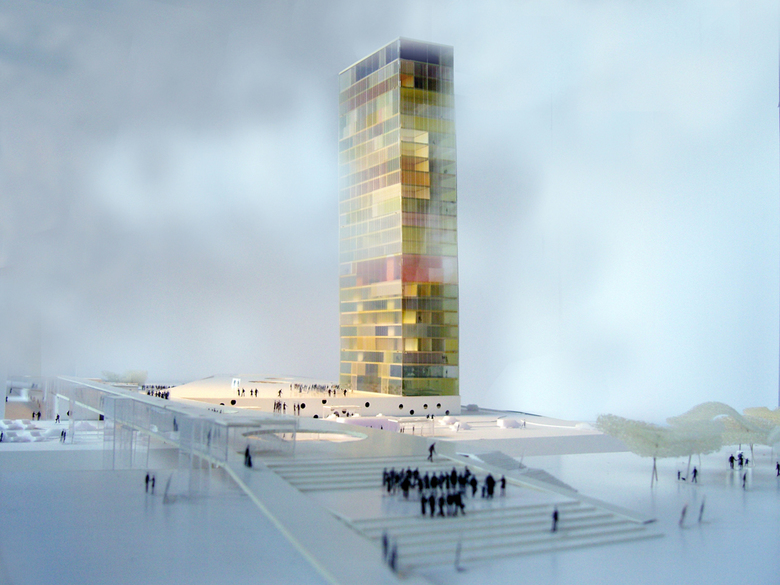 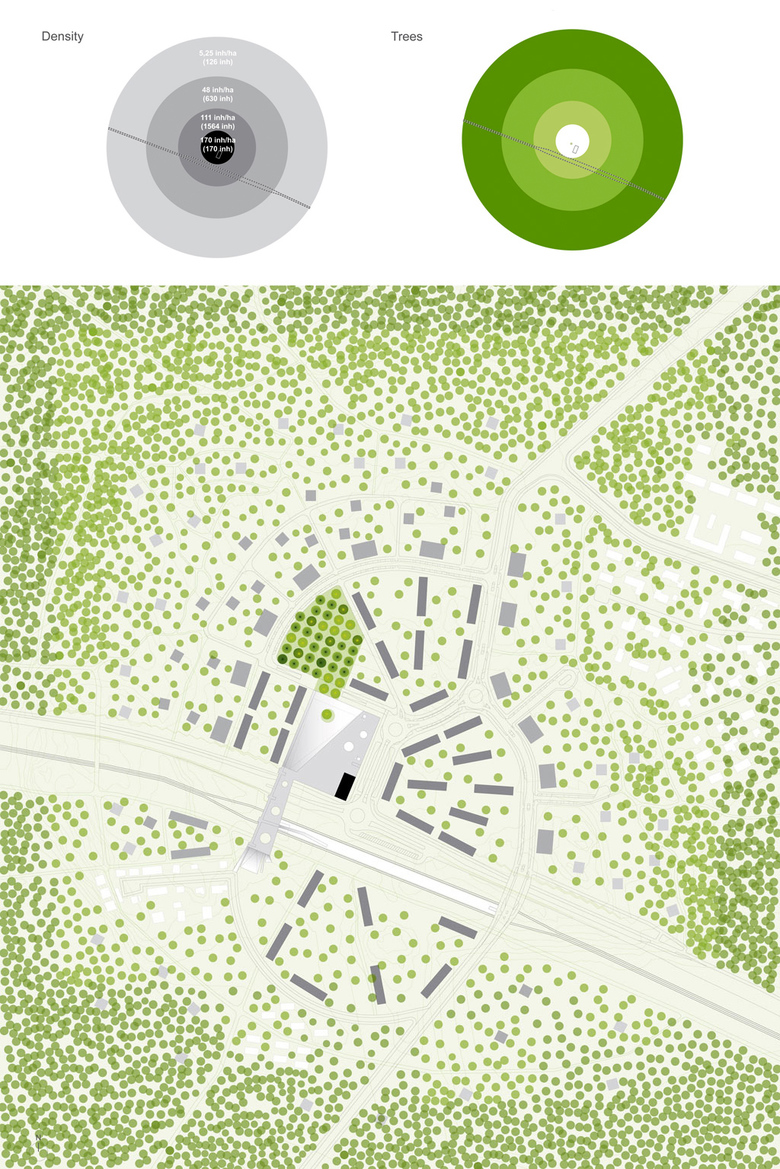 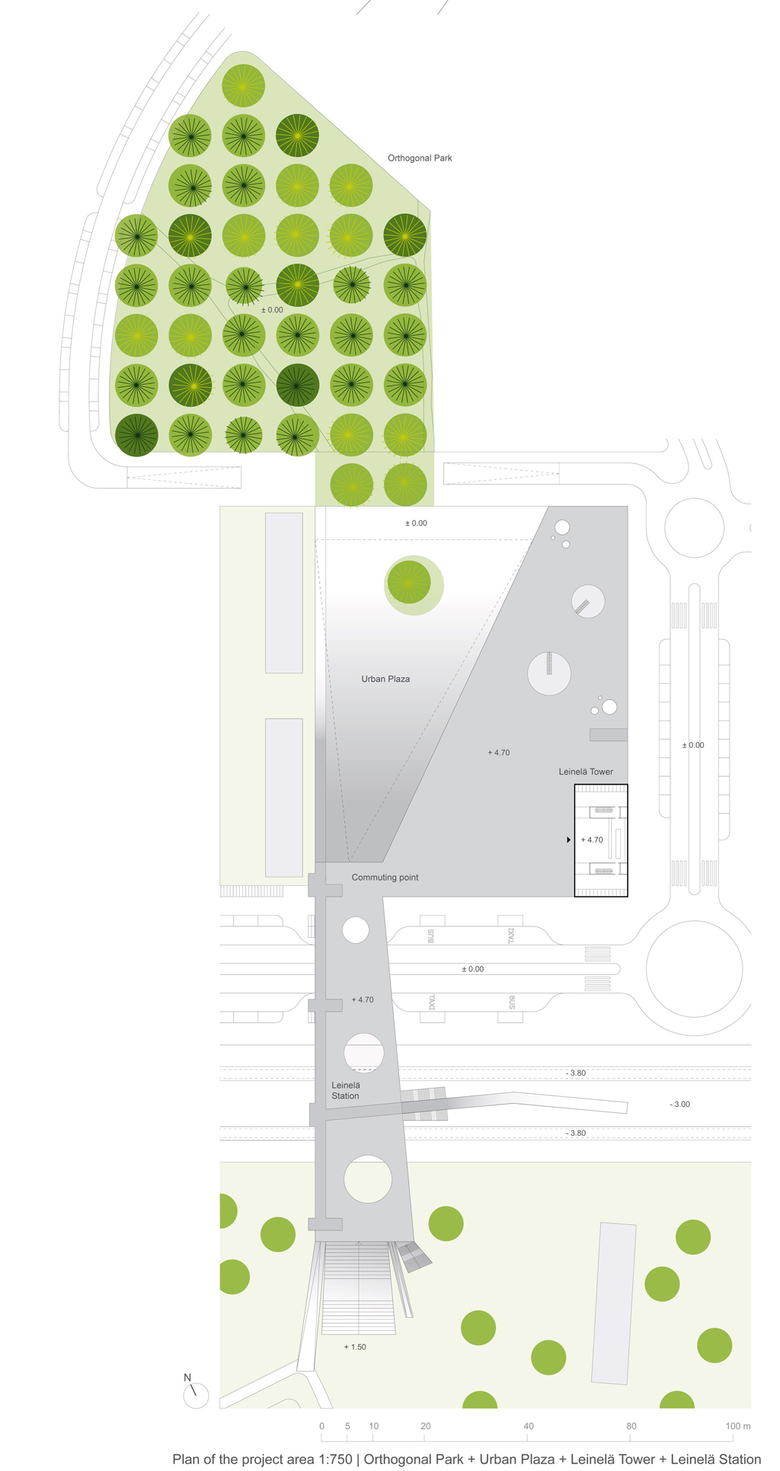 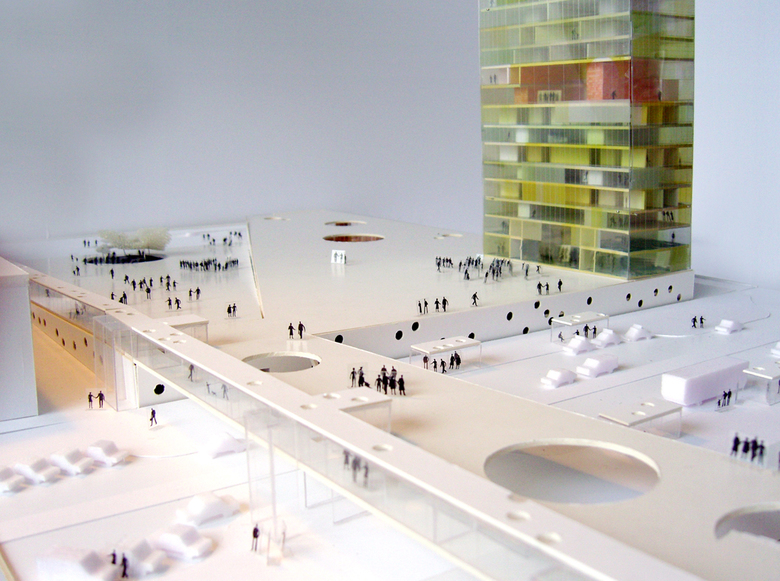 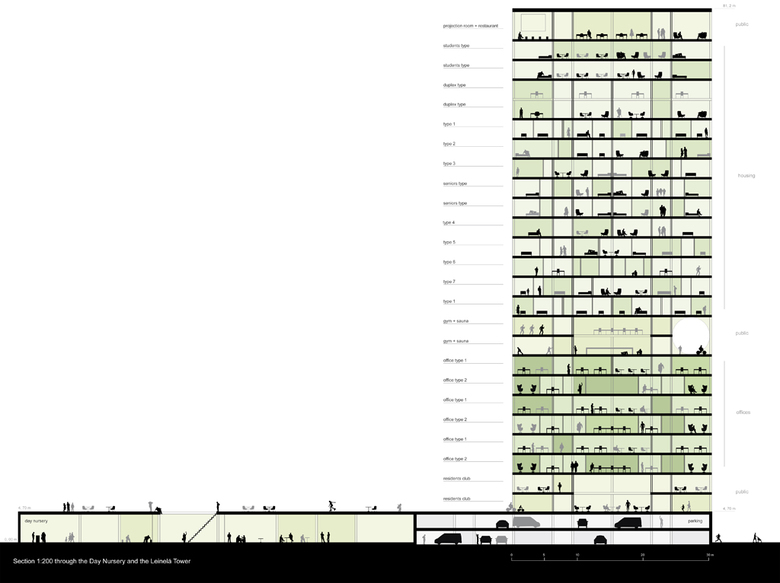 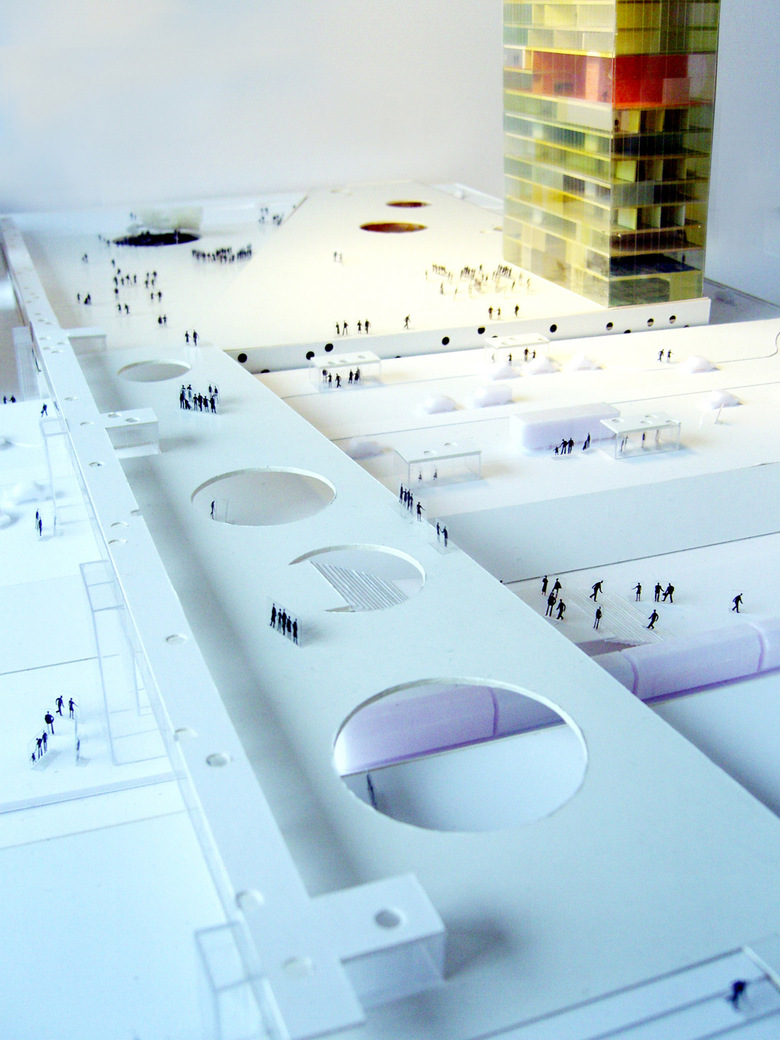 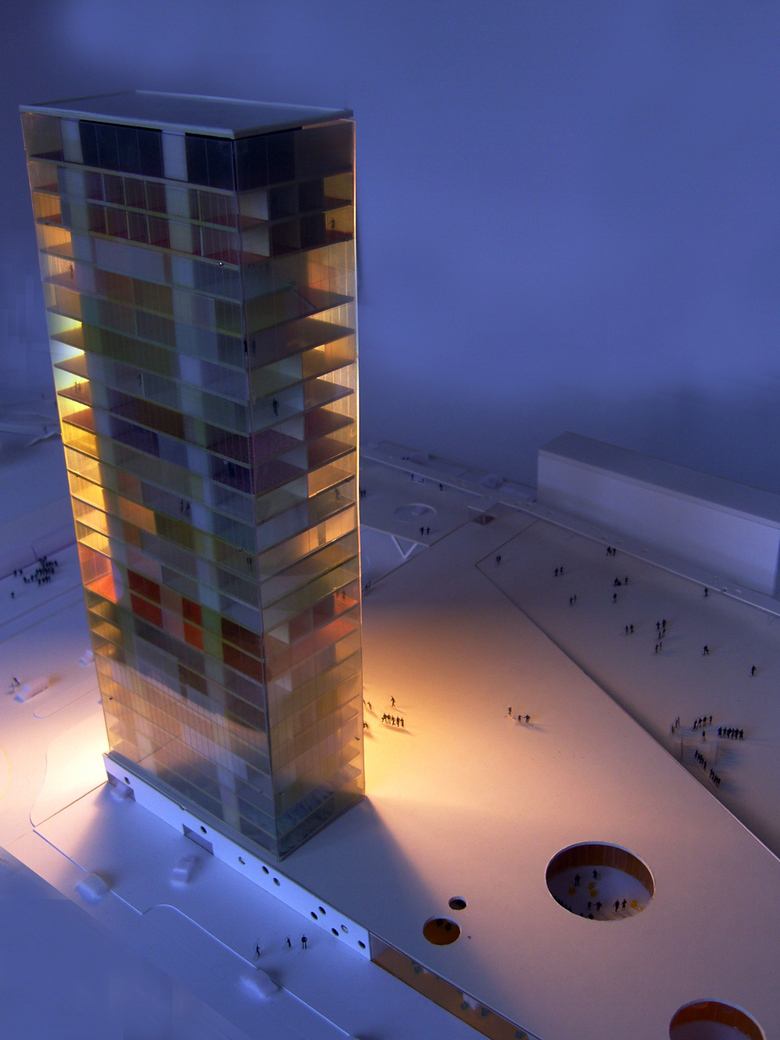 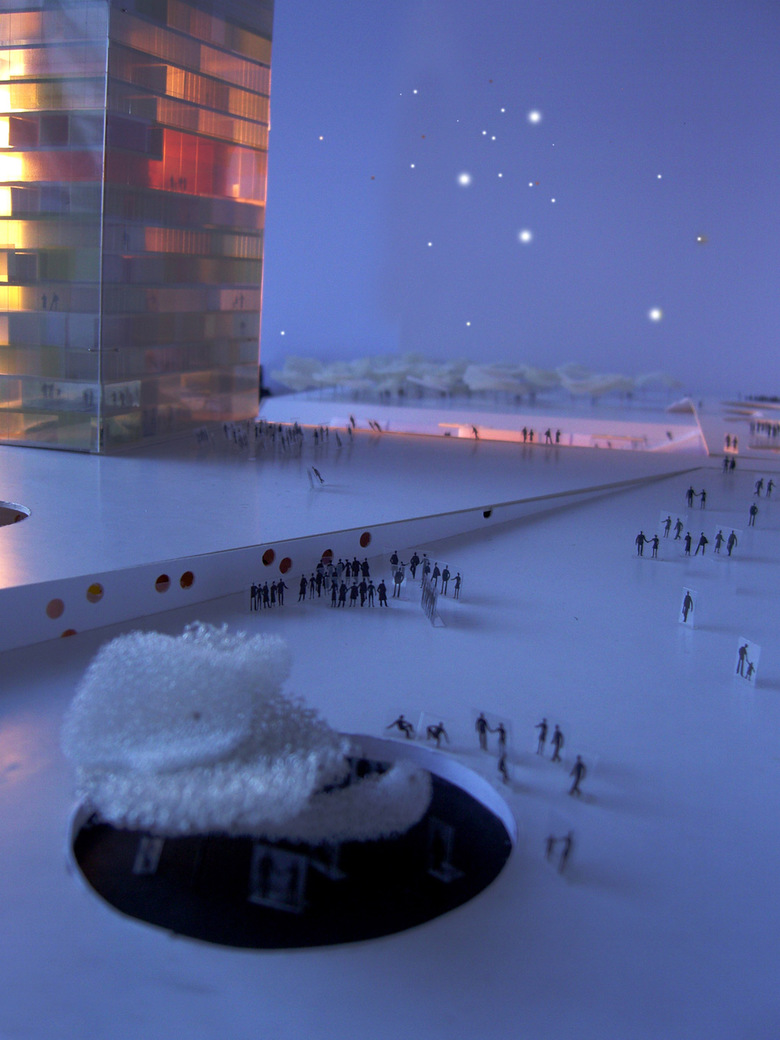 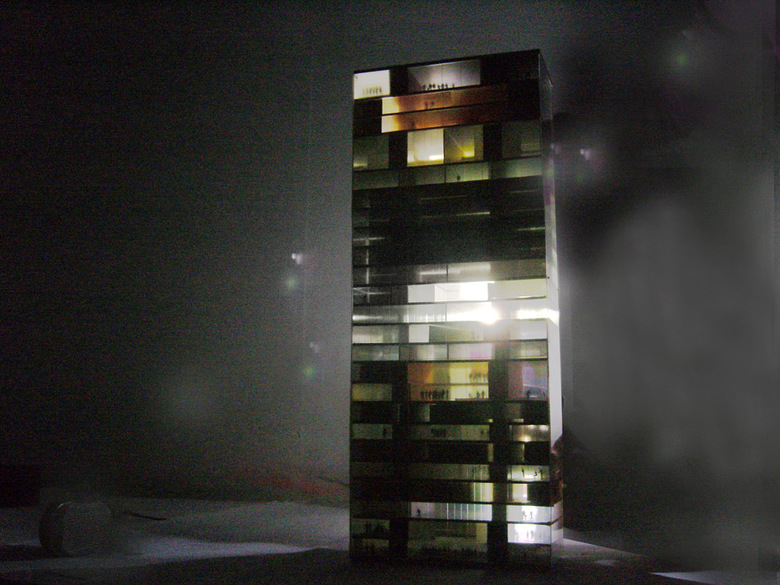 A building emerging from the trees will be the landmark of Leinelä. It will herald the strength of Leinelä: a new residential area in the forest with direct connections to the airport and Helsinki centre. Leinelä aims to be an attractive place to live and work.

Visible from Helsinki-Vantaa airport, from Tuusulanväylä and Lahdenväylä motorways, from the future Koivukylänväylä road, and from the circle rail line and existing train, it will become the reference element of the area.

The future development of Greater Helsinki will balance the current centrifugal forces of Helsinki in the Region, by expanding the activity centres outside Ring Road III. Leinelä is adjacent to this and has the potential to be a distinctive and pleasant area for residents and workers. The construction of the circle rail line will bring new life to the area.

The Tower creates the maximum impact with the minimum consumption of site area. We liberate 95% of the project site for public areas, as we leave it as forest. A big urban plaza, an orthogonal park, and a big platform to access the trains will complete the design of the area.

The concentration of the given program in one building, one plaza, and one park is a strategy to achieve a dynamic and lively character in a low density area. The Tower is positioned with the best orientation: geographically (minimizing Northern exposure) and visually (facing the tracks, the airport, and the main roads).

The inhabitants of Leinelä Tower enjoy the most privileged views in the area. The direct access to Leinelä Tower from the station makes it very interesting not only for residents but also for offices. Offices will occupy the lower levels, and housing the higher ones. At the ground floor, at the middle and at the top, we have placed common functions like the resident’s club, a gym with saunas, and a panoramic restaurant with a projection room. Leinelä Tower adapts to changes in society. We have provided special apartments with care facilities for elderly people. We have also provided working and meeting rooms so that students and e-workers (people working at home) can make use of them. A high-speed wireless internet connection is installed to allow a larger percentage of e-workers. An underground shuttle service will collect the inhabitants of Leinelä to bring them to the station in winter.

A rich sequence of Public Spaces. The sequence of the different public spaces creates a rich promenade to the station. The final point, Leinelä Tower, marks the end of the path. The top level of the Plaza, placed at the height of the platform to reach the trains, makes it a perfect window display for art or other performances to promote Leinelä to every passenger on the train.

The Orthogonal Park and he Urban Plaza. An orthogonal park, where Nature is planned in a grid, in contrast with the natural forest around, will be the first of the public spaces in the sequence. The Urban Plaza in front of Leinelä Tower is diagonally split over two levels. This gesture creates diversity, different atmospheres, and parallel uses of the Plaza. In addition, it allows a 150% usage of the surface, so we can place the “day nursery” and parking under the elevated part. The parking is accessible from the North, through the tunnel, and from the East at street level. Common parking will serve the housing, offices, day nursery, and the station. The elevated part of the Plaza creates a second “street level”, visible from the trains, where art and sculpture can be exhibited, inviting passengers to stop in Leinelä. The slight inclination of the urban plaza (3%) allows the placement of cafes and markets. The plaza collects all the people coming from Leinelä at ±0.00 and leads them smoothly to the station. From the south, passengers are collected through different ramps and stairs.

Where the two levels of the Plaza meet, we have placed a commuting point that will communicate people coming from the parking area, the final shuttle stop, the Plaza, the street, passengers on their way from/to the station, the taxi and bus stop, and the residents of Leinelä Tower.

The station is a continuation of the urban Plaza. The main entrance to the tower is positioned at this level so its residents can access the station directly. Running parallel to the sequence of public spaces a covered passage, starting at the park and ending at the trains, will protect the passengers and cyclists during the winter.

House of Arts and Culture