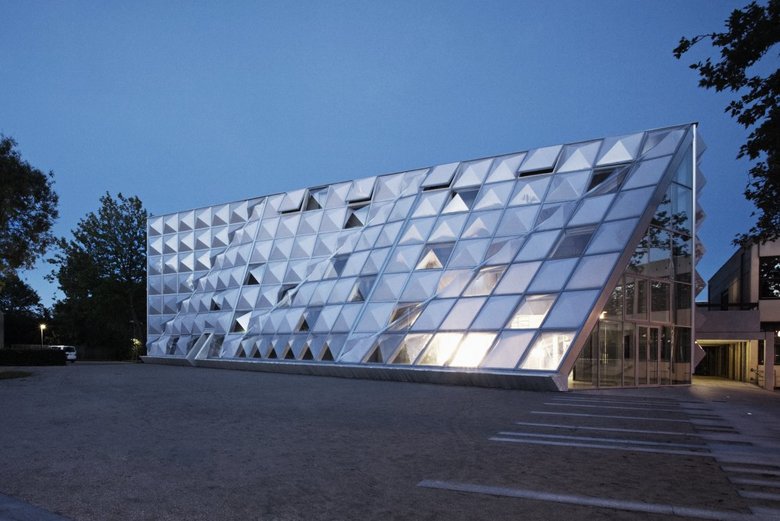 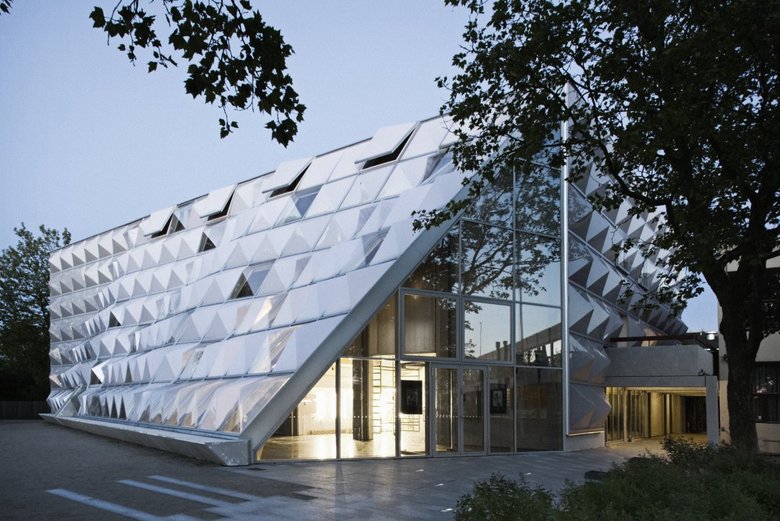 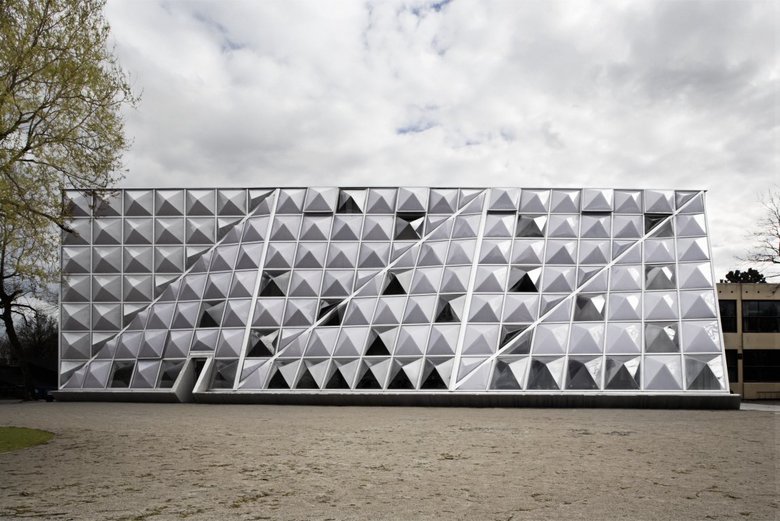 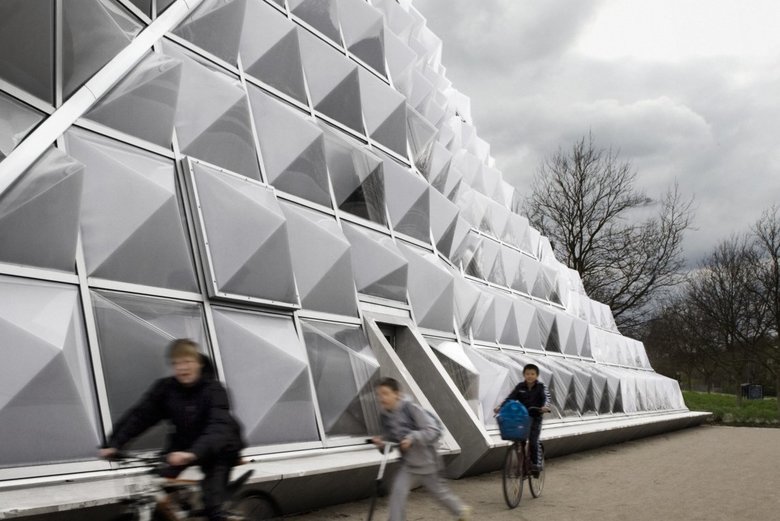 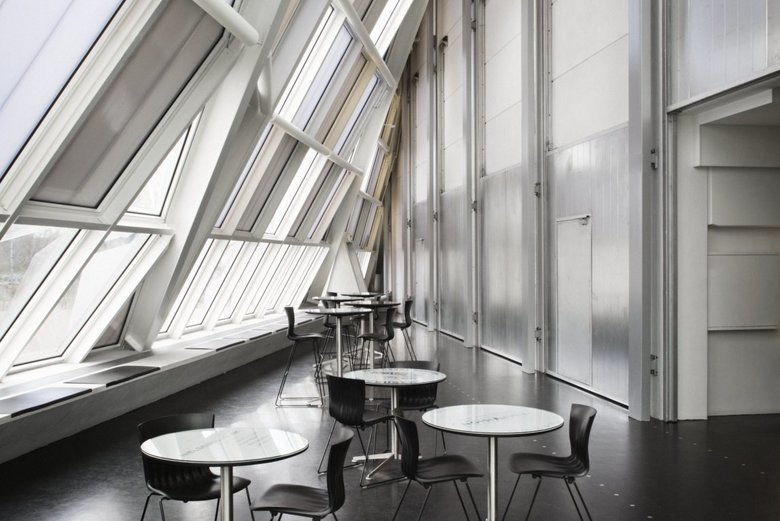 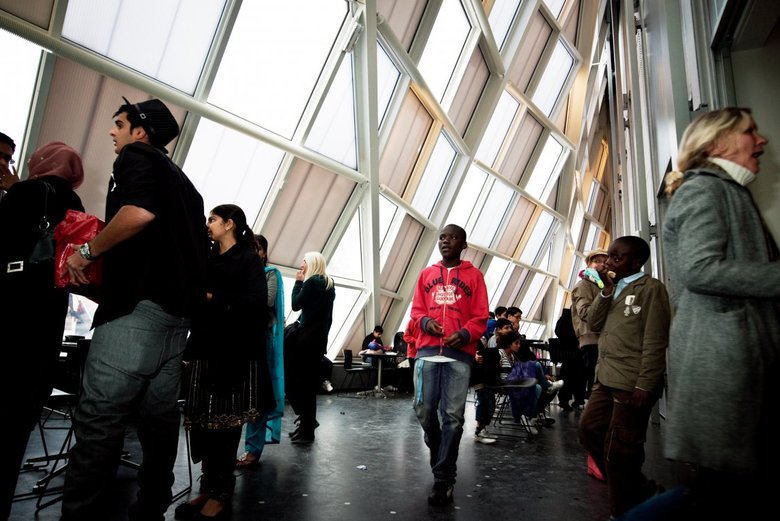 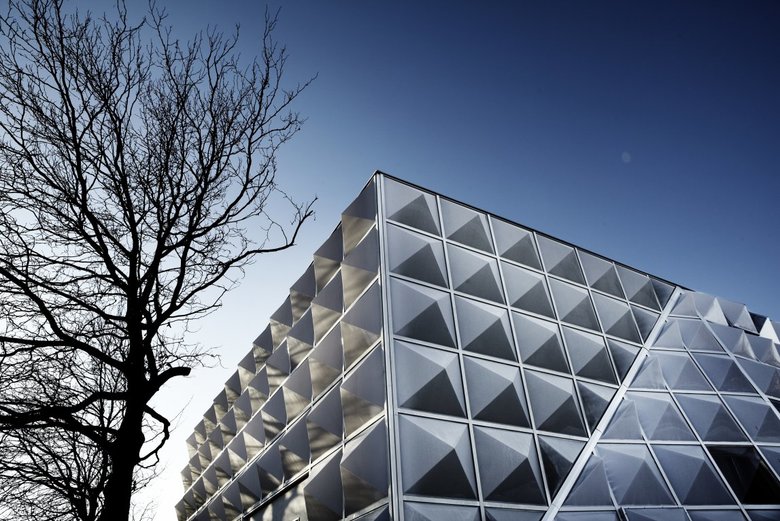 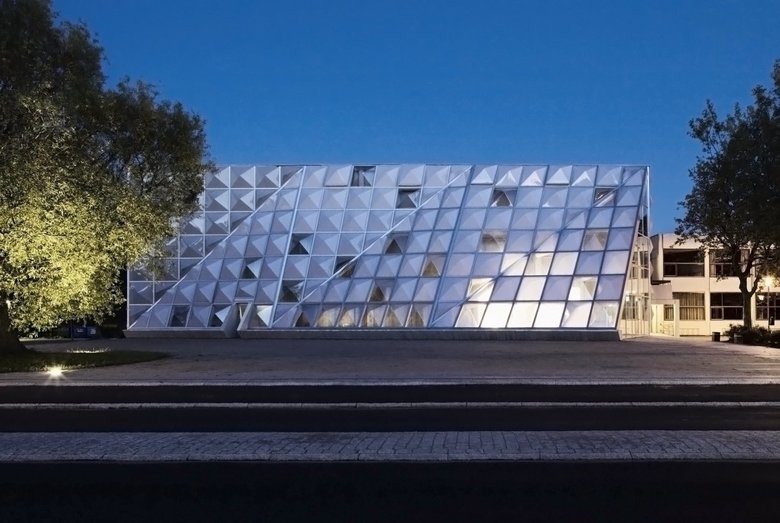 The new facade is conceived as a translucent curtain of acrylic prisms elegantly embracing the existing building, and creating a new open foyer and arrival area. A whole new spatial dimension is added to the building newly connecting the formerly enclosed interior with the outside. Now the theatre visually and spatially connects to both Kjeld Abels Plads north and the protected green courtyard south of the theatre. The facade is assembled from acrylic prisms that vary from totally clear and transparent over translucent to opaque. Because of the many elements of irregular shapes and the variance in translucency, the facade is a beautiful play of shadows and reflections.

The facade of the theatre includes a number of gates connecting the foyer and the theatre space. The gates can be opened or closed depending on the arrangement so the theatre has the possibility to work as one coherent floating space, or separately as a theatre space and a foyer.

The theatre’s service functions are also upgraded: Restrooms and café have moved from the basement to the first floor. Bar, box office, and administration are consolidated as a functional block that can now be run by one person. Hereby, the staff flow is optimized so that capacities become available for theatre work.

The modernisation considerably improves the theatre’s logistics. The new facade wraps the theatre in new dramatic apparels. Together, interior renovation and the exterior curtain help establishing a solid project that improves the organization and communication of the building significantly.