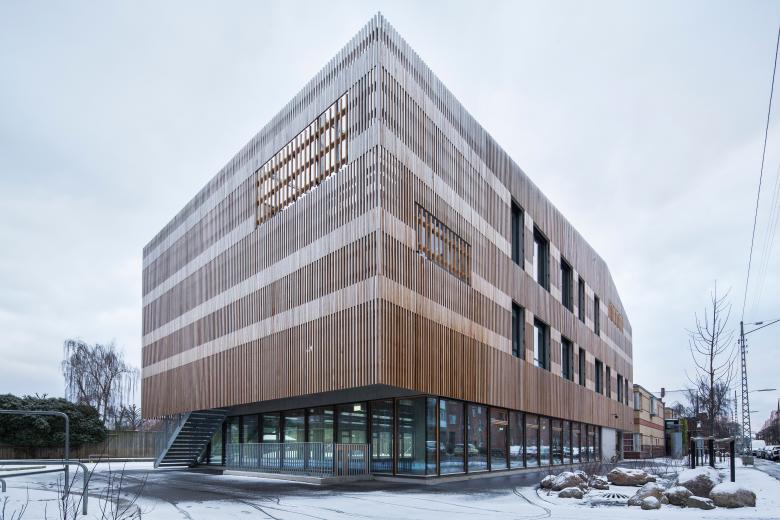 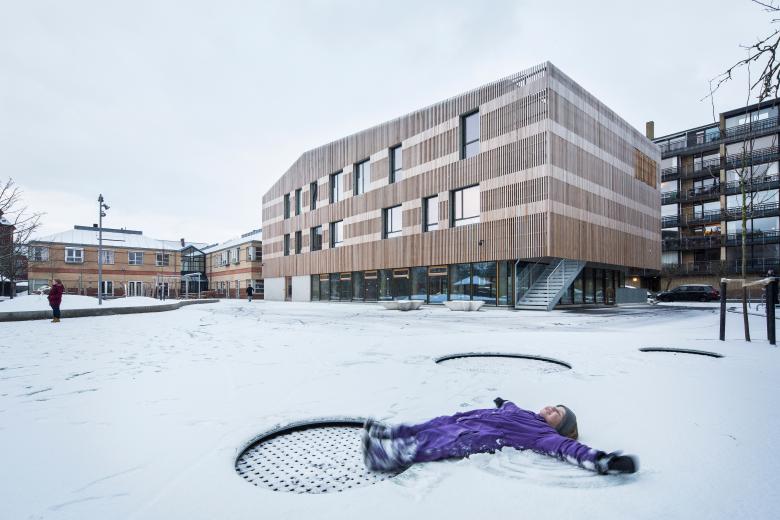 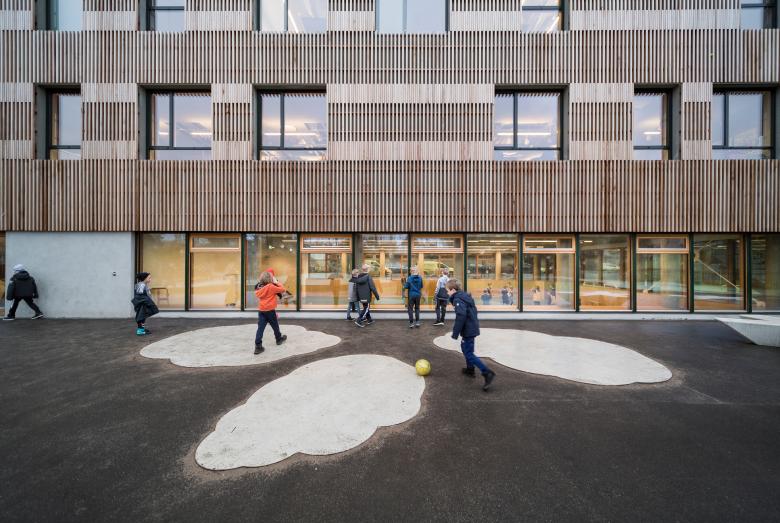 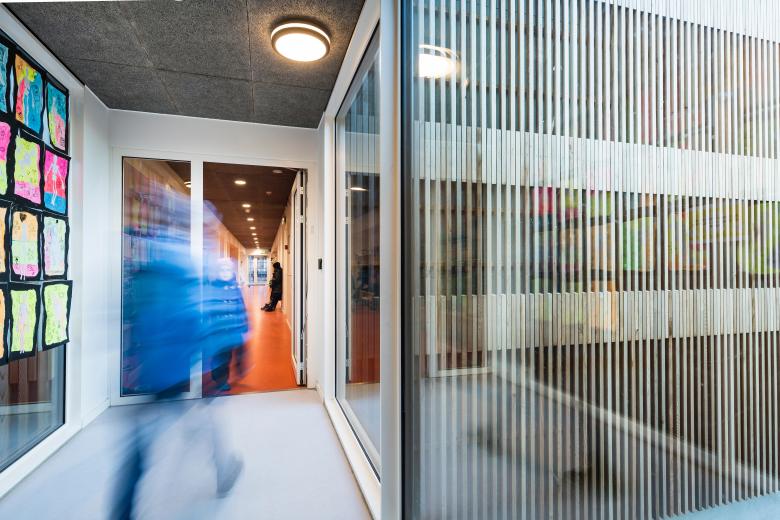 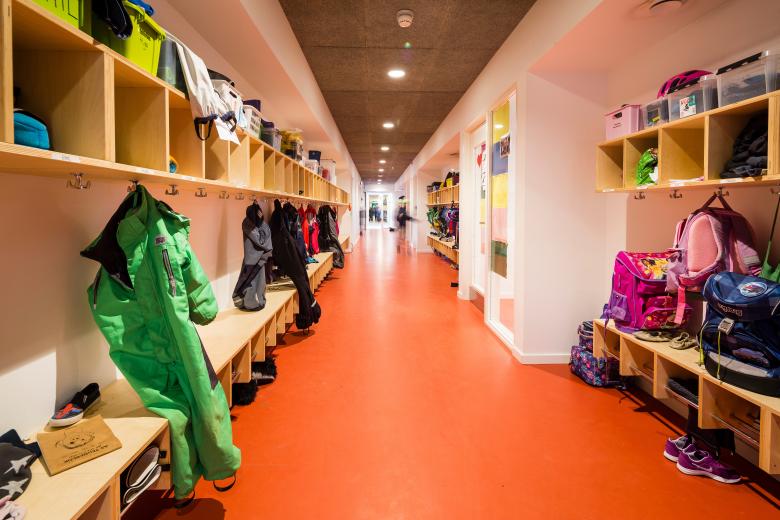 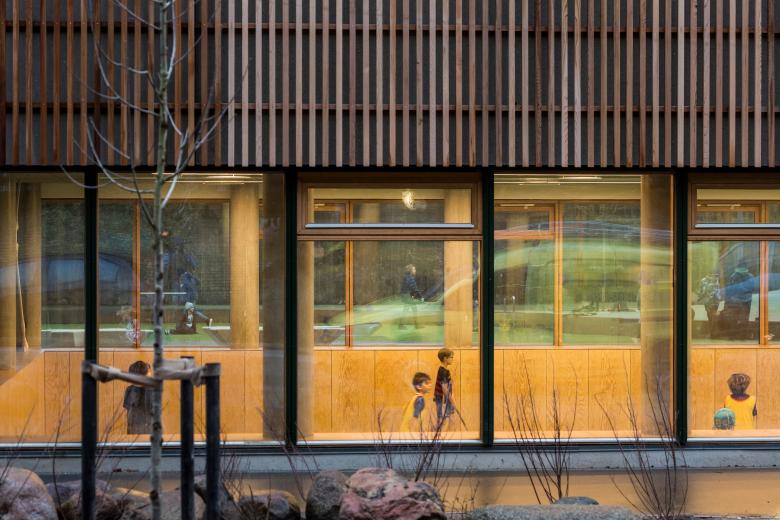 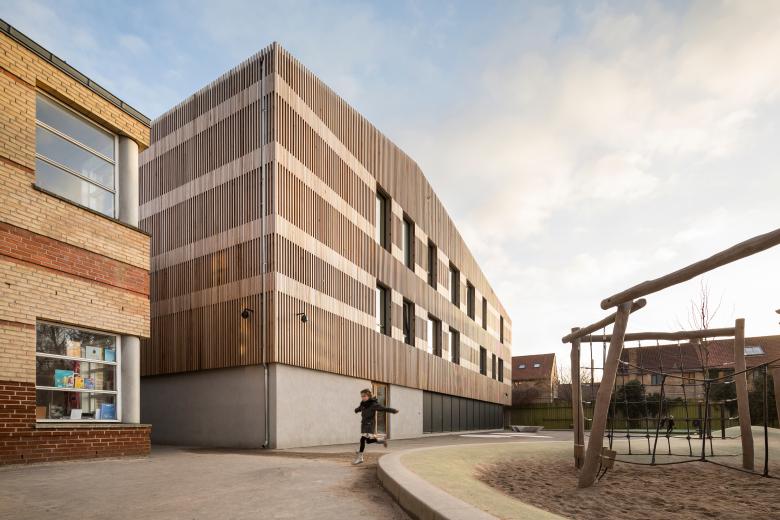 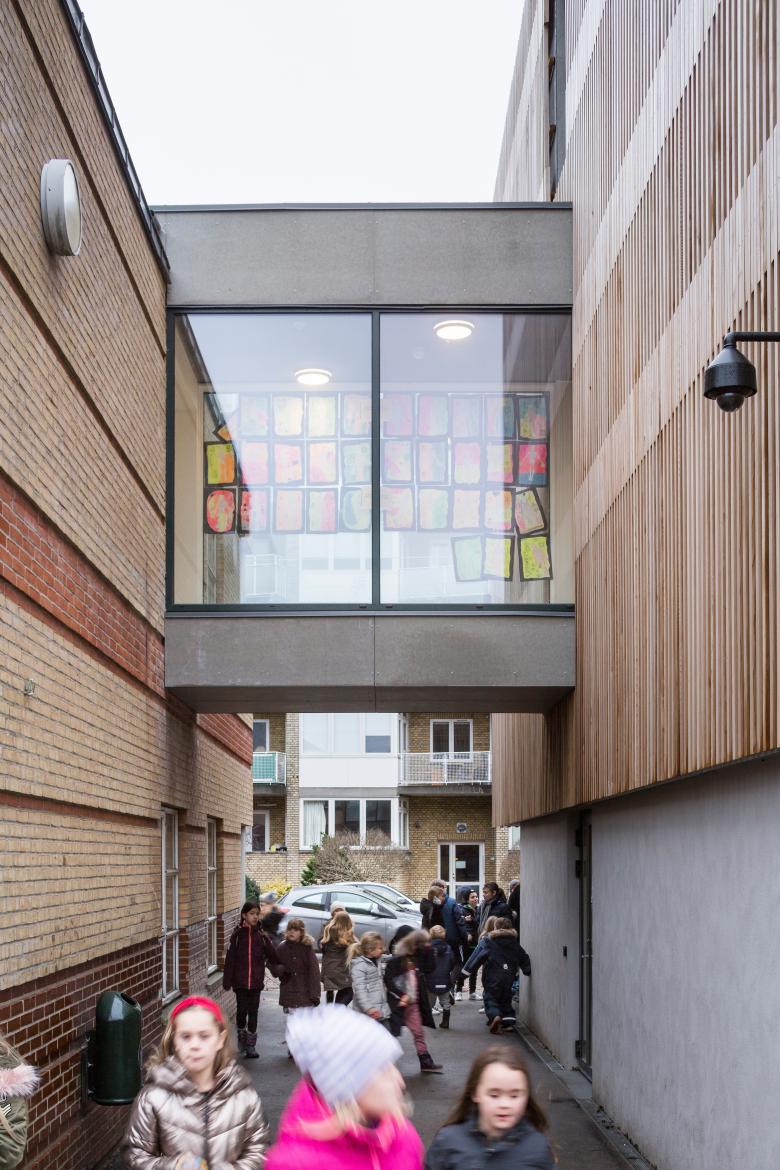 The School on Duevej is the first school in Denmark to receive not just DGNB Gold certification, but DGNB Diamond - a standard that honours architectural aesthetics and quality. The expansion of the school thus realises the vision of Frederiksberg Municipality to create a school that is an asset for its students as well as the local community.

Setting new standards for Danish school building
The expansion of the School on Duevej has been designed on the basis of a sustainable holistic approach where a lot of importance has been attached to the school’s social qualities. The aim of the architecture has been to create an inspiring environment which facilitates the students’ ability to learn as well as follow a number of sustainable principles so that the school sets new standards for Danish school building.

A school that encourages play and movement
The school yard has been designed as a single large playground with different activity zones that encourage the students as well as local children to play and exercise. This has given the school new functions and recreational possibilities, resulting in close interaction with the local recreational associations. In extension thereof, the new addition rests atop an underground ground floor with large panoramic windows that elevate the whole building and allow you to look out into the school yard through the multi-purpose hall.

A light and airy wooden facade
This openness is a prevailing theme in the new project, as also evidenced in the perforated wooden facade that lends the addition a light and airy quality. The wood has been processed and shaped so that the lateral lines from the main building run through it, creating a uniform look. As a material, the wood develops a beautiful patina that matches the other buildings in the area, which means that the school will gradually appear as a natural addition to and extension of the local environment.

Built on sustainable principles
Last but not least, the addition is built on a number of sustainable principles that raise the bar for Danish school building. The design of the school yard includes integrated rainwater solutions for local drainage of rainwater, while natural ventilation, a well-insulated building envelope and more have been added to the building. This also makes the school stand out as a pioneer in relation to healthy and active learning.