The Museum of Finnish Architecture's new studio exhibition An Exhibition Called Animal Architecture revisits one of the museum's most beloved exhibitions of all time almost 30 years later. What does Professor Juhani Pallasmaa now think about animal architecture?

In May 1995 an exhibition called Animal Architecture opened at the Museum of Finnish Architecture. The exhibition was designed by Professor Juhani Pallasmaa, together with a team of zoologists, and it was regarded worldwide as a unique collaboration.

The exhibition comprised a versatile presentation of the building skills of almost all classes of animal. The exhibition experience itself was also unique: the entire floor of the museum’s main exhibition gallery was covered with soft sand and the light levels were set to resemble twilight, while the space was filled with the sounds of different animals.

The questions raised by the exhibition about the coexistence of man and other species are still painfully topical today: most animals are unable to adapt to the almost ubiquitous impact of human activity on the environment. The ever-diminishing living space of animals leads to an imbalance in nature. The irreversible destruction of animal habitats is one of the reasons for the acceleration of the extinction of species. 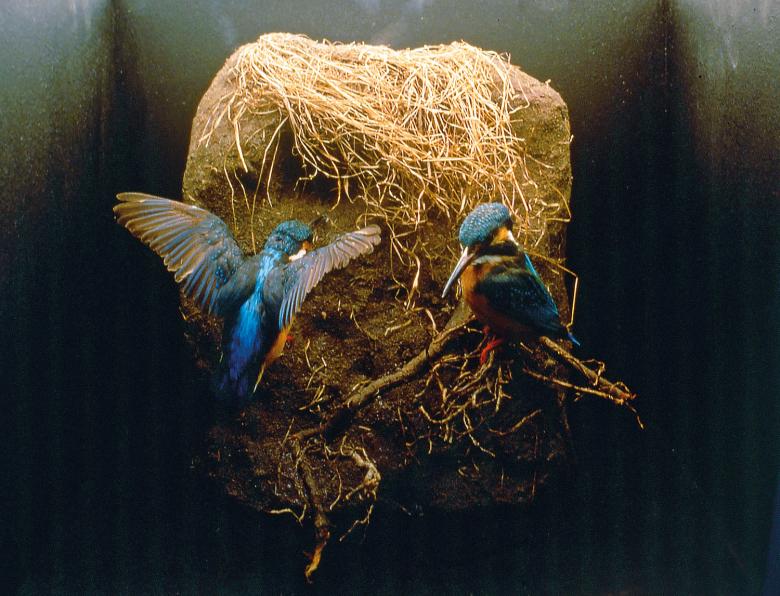