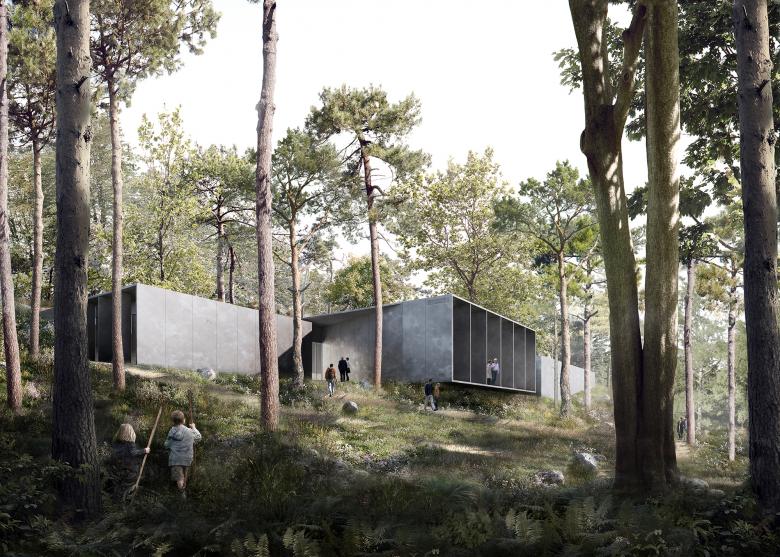 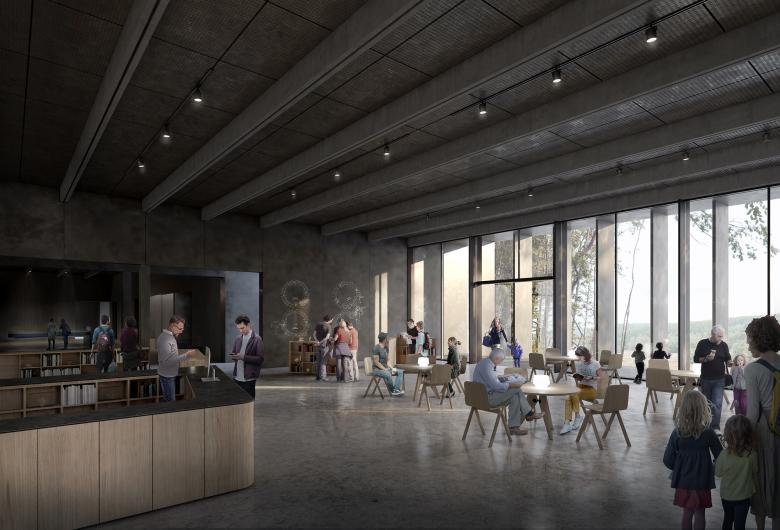 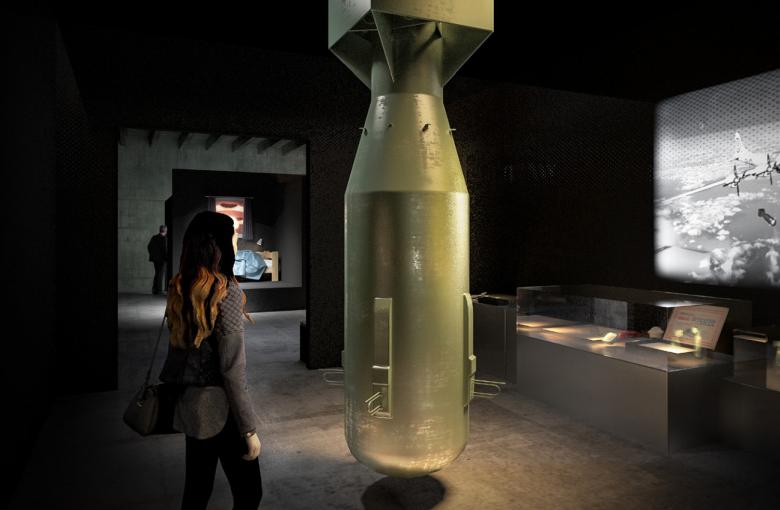 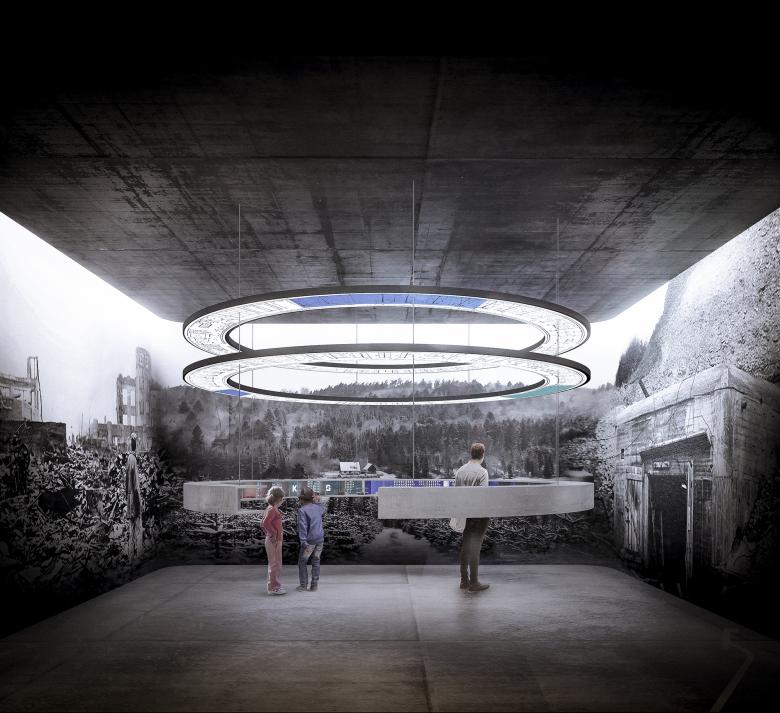 The Cold War bunker REGAN Vest was kept a state secret for many decades. Now the bunker opens to the public, thanks to our winning proposal for the new Danish Cold War Museum. The construction comprises four black boxes hidden deep inside Rold Skov in Northern Jutland, inspired by the decades-long mystery surrounding Denmark’s most secret bunker nestled 60 metres underground.

Black boxes
On the surface, the reception and exhibition building will be the only visible manifestation of the new Cold War museum. Built as four black boxes, the building is tucked deep inside the forest. Solid and reclusive, the boxes appear on the landscape as almost hermetically sealed display cases where only a discreet retraction in the facade indicates the entrance to the museum. The boxes are clad in anodised aluminium, giving them their own unique weather-resistant structure. Their appearance plays distinctively with the surrounding landscape, which houses one of Denmark's best kept secrets – the 5,500 square metre nuclear-proof bunker built to house the Danish regent and the government in case of war.

Regan vest day night
Thanks to the dynamic slat opening, the reception and exhibition building is open during the day while it converts into an enclosed and mysterious unit at night.

Clear concept
The four boxes are based on one clear concept. While their exterior is the same, each interior has its own purpose and ambiance. The administration is private and pragmatic, the café and the shop are bright and vibrant, the learning centre is flexible and focused, and the exhibition is free and informative - and it is all linked together via separate areas that provide space for light and reflection before the next experience unfolds. In addition, the boxes appear as fragments of the landscape itself, forming part of the overall narrative of REGAN Vest with the entrance to the bunker, the existing engineer accommodation and other historical fragments.

The ultimate focal point
REGAN Vest is tangible proof of the threat felt during the Cold War and is the museum's ultimate focal point. In the heart of the reception and exhibition building is a scale model of the impressive underground bunker. The reception and exhibition building has been built so that the flow of visitors centres around the model, and from this central area, visitors get an overview of and easy access to the museum's many features, including the exhibition sections and assembly point for guided tours to REGAN Vest.

Perspectives on the Cold War
The reception and exhibition building contains seven exhibition sections that engage visitors and provide different perspectives on the Cold War – from the fear of nuclear weapons to the sharply drawn political fronts and war scenarios, should the war break out. It is all staged to create continuity between the individual exhibition sections, while allowing visitors to move freely between each one and thus create their own experience.