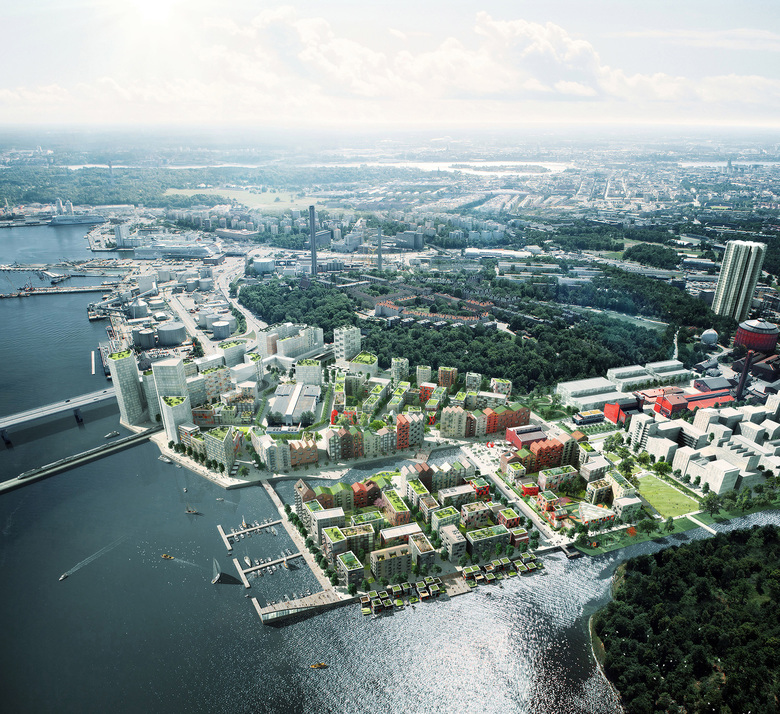 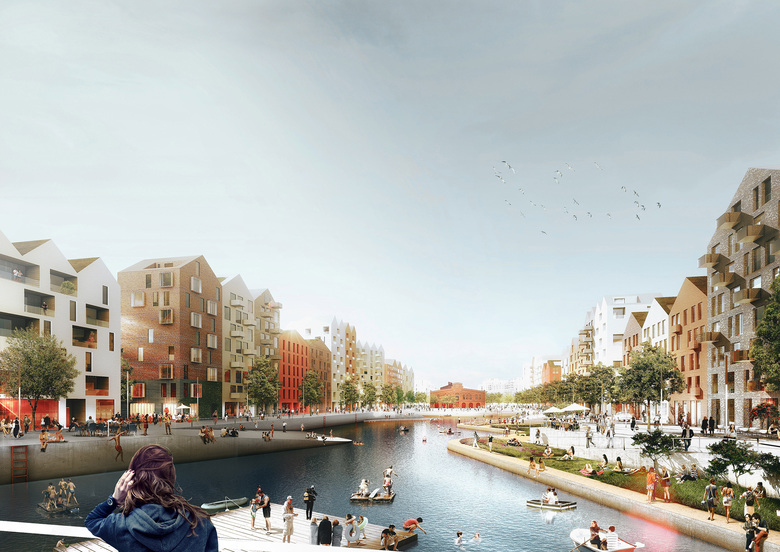 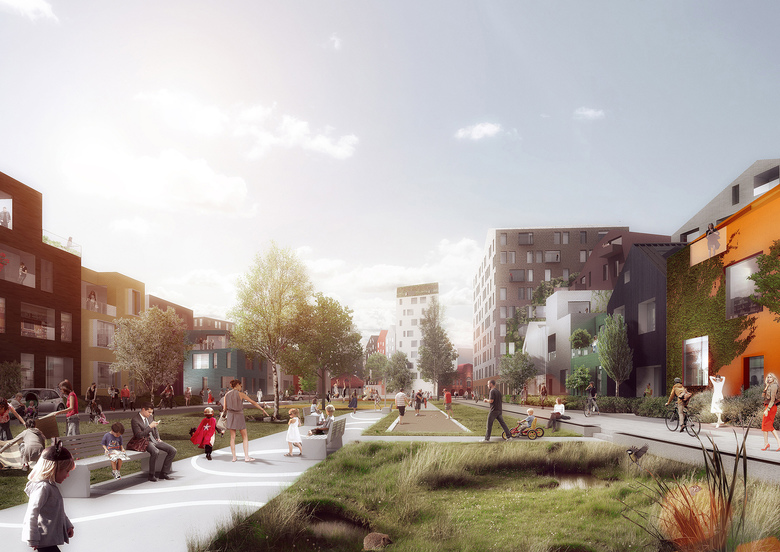 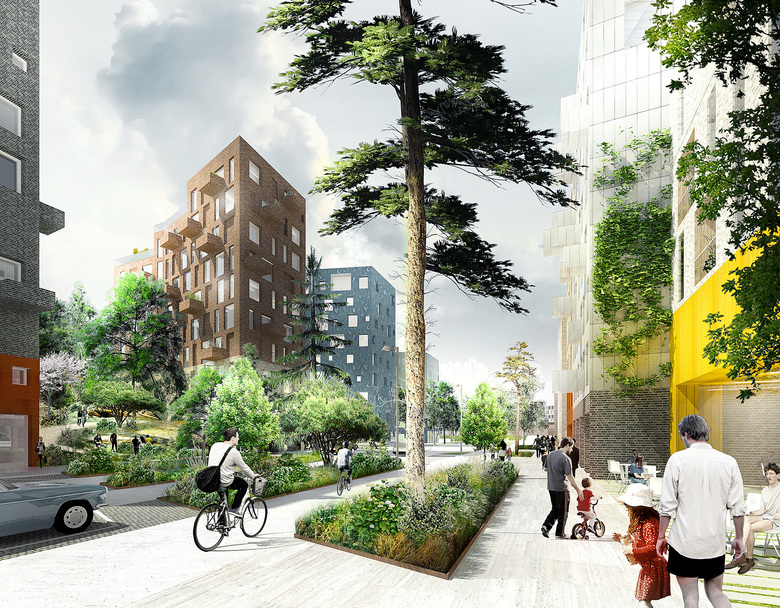 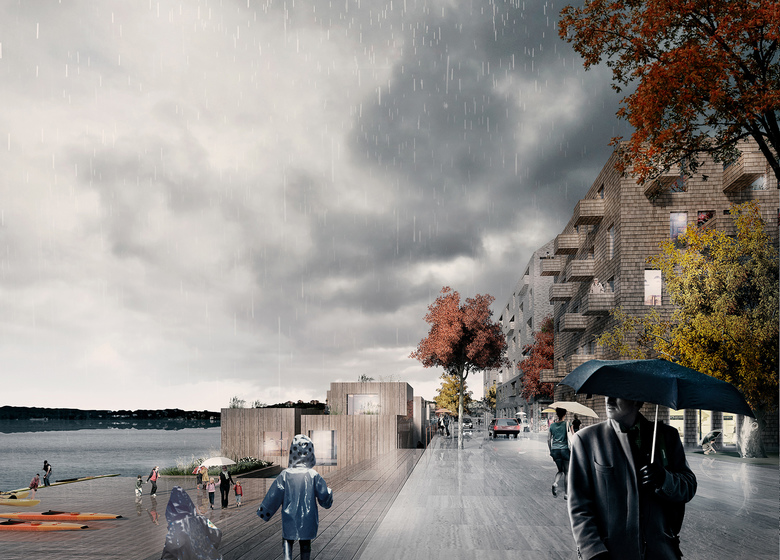 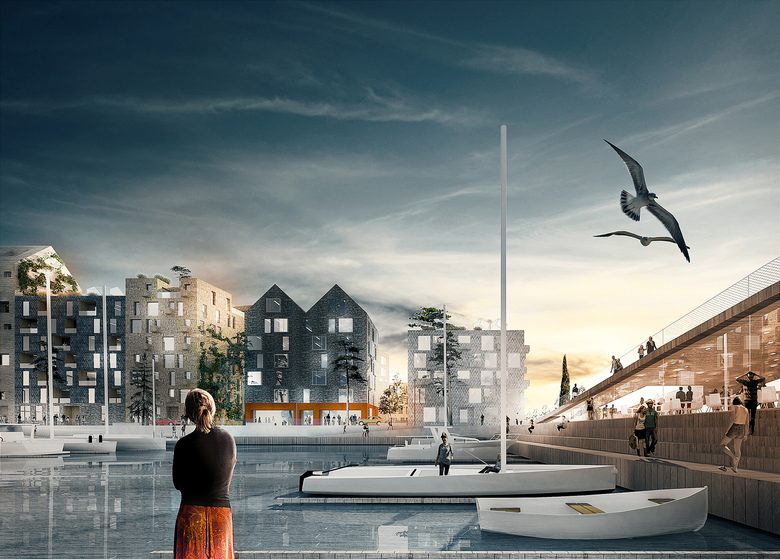 Norra Djurgaardsstaden is one of Northern Europe’s largest urban development areas. Over the next 20 years, the development will house over 12,000 new homes and 35,000 new jobs, as well as the creation of a new cultural area, the Stockholm Gasworks. The area has long been the main industrial harbour in Stockholm. For almost 100 years, the three parts of the waterfront: Kolkajen, Tjärkajen and Ropsten played a role in managing, storing and processing the mountains of coal that fed Stockholm’s Gasworks. Today, modernisation of energy production has rendered the Gasworks obsolete, and the area represents a fresh opportunity to redefine Stockholm’s relationship with the water.

The master plan is composed of three areas, each developed with its own character and identity derived from thorough analysis of context, history and planned functions. Variation establish diverse and attractive urban neighbourhoods, exploring the full potential for dwellers and visitors alike. The master plan maintains a clear line eastwards, framing the water, the historic buildings and cultural activities. The public spaces along the main axis defines sunny terraces, recreative qualities and an active urban edge that establishes a new relation between the city and the water.

The diverse context allows for a mix of typologies and urban qualities. The building structure lining the coastline, canal, parks and metro station spans from 4-storey canal apartments to an 18-storey waterfront high-rise. The mixed building typologies attract a wide range of ages, lifestyles and income levels.

The urban fabric in the area is linked to a robust infrastructure for pedestrians and cyclists with biking lanes, plentiful parking places for bikes and a number of other initiatives to make ‘soft traffic’ the easiest and most convenient transportation form. The master plan is a flexible framework that can adapt to changing scenarios of density while maintaining a high quality of everyday urban life.