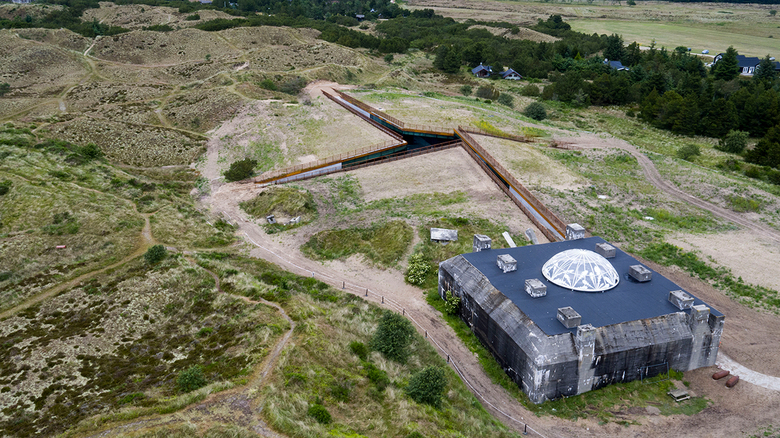 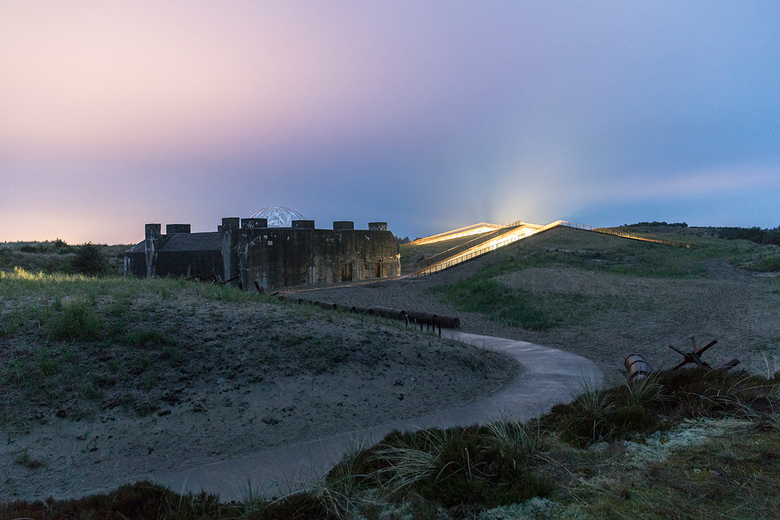 TIRPITZ – a sanctuary in the sand that acts as a gentle counterbalance to the dramatic war history of the site in Blåvand on the west coast of Denmark.
Foto © Laurian Ghinitoiu 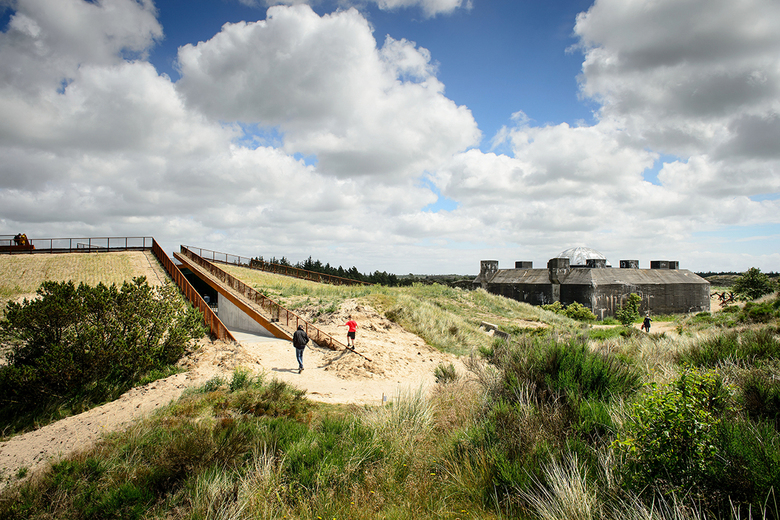 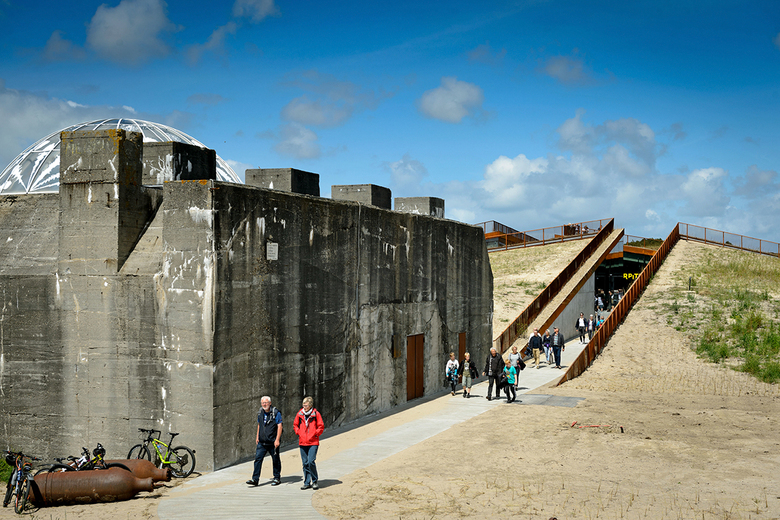 TIPRITZ acts as a gentle counterbalance to the dramatic war history of the site in Blåvand on the west coast of Denmark.
Foto © Mike Bink Photography 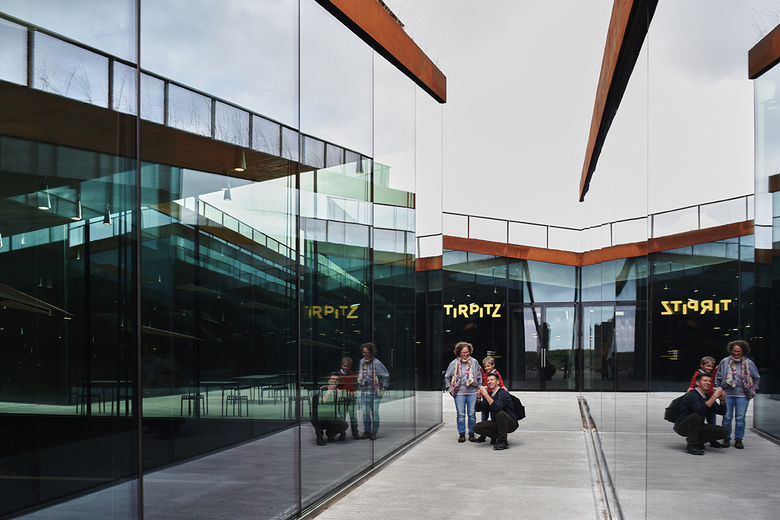 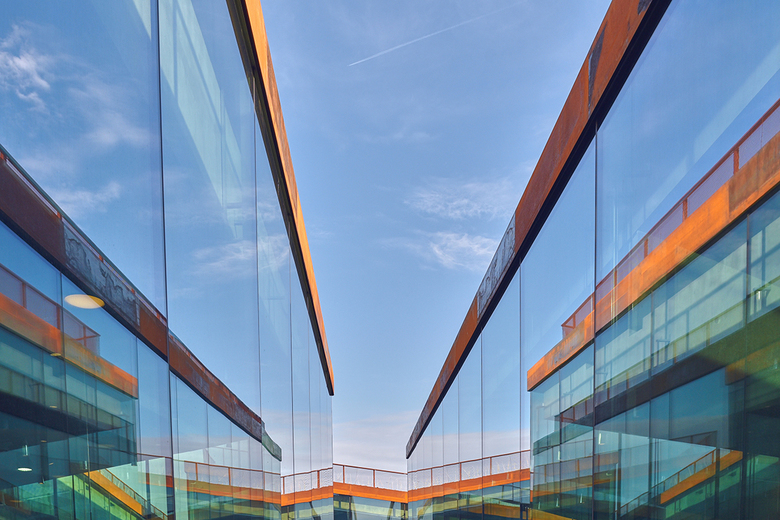 The surrounding heath-lined pathways cut into the dunes from all sides descending to meet in a central clearing, bringing daylight and air into the heart of the complex.
Foto © Colin John Seymour 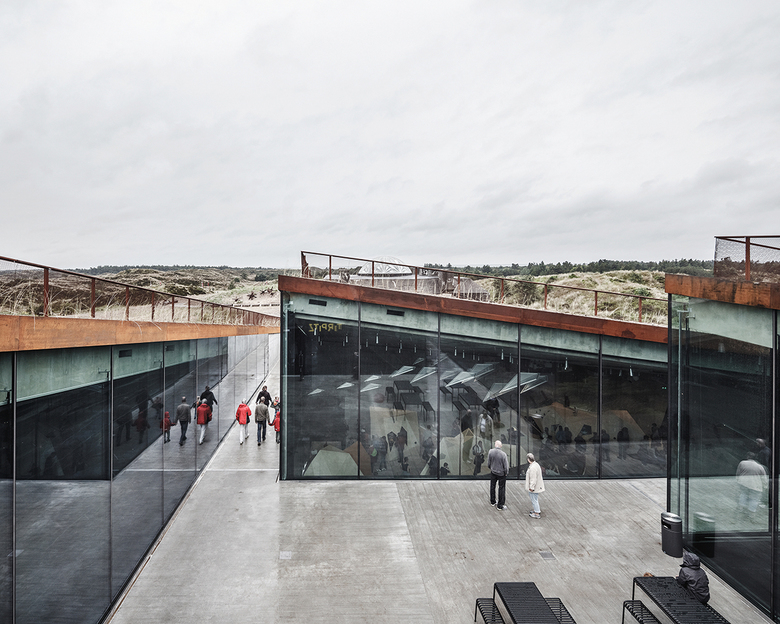 The central courtyard allows access into the four underground gallery spaces that have an abundance of daylight even though they are literally carved into the sand.
Foto © Rasmus Hjortshoj 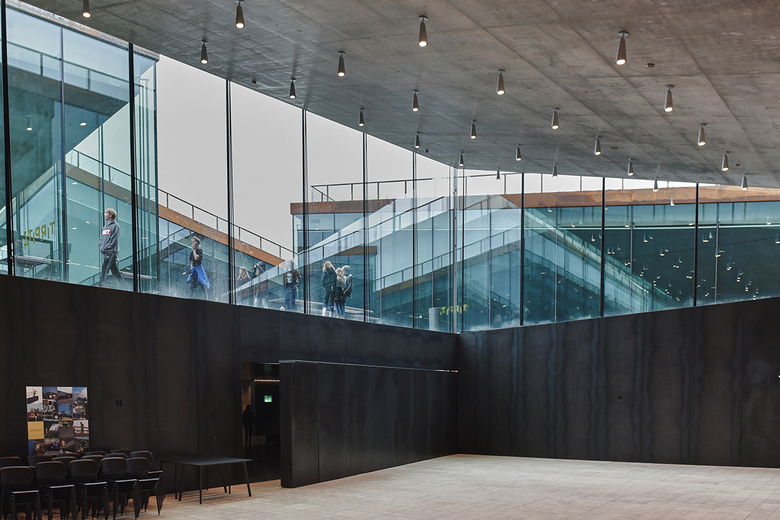 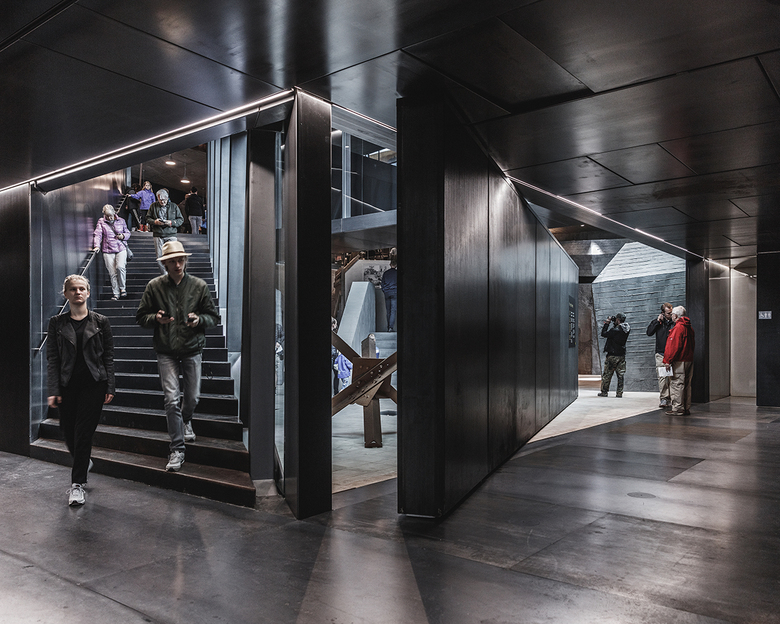 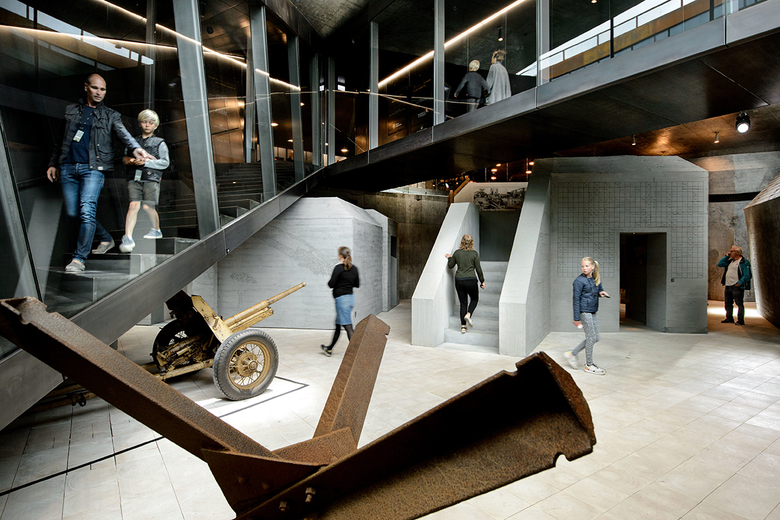 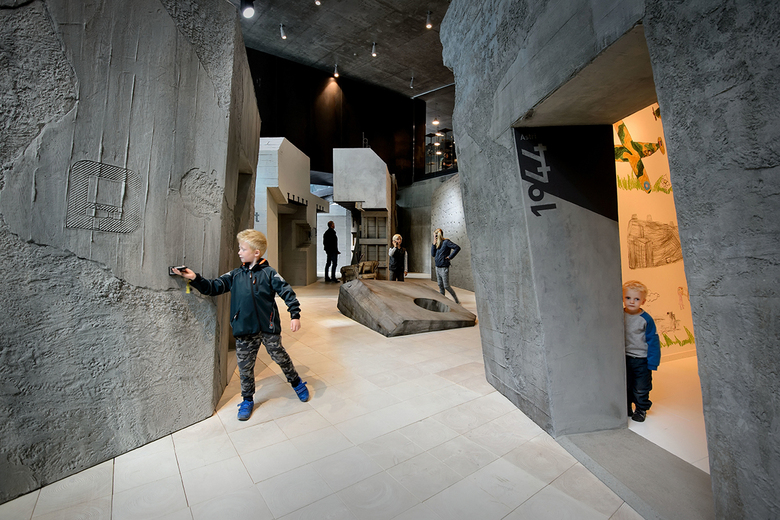 Once you enter the concrete bunkers, you step into the personal spaces of the Danes and Germans who worked and lived around the Atlantikwall.
Foto © Mike Bink Photography

Varde Museums, BIG-Bjarke Ingels Group, and Tinker Imagineers celebrate the opening of TIRPITZ – a sanctuary in the sand that acts as a gentle counterbalance to the dramatic war history of the site in Blåvand on the west coast of Denmark.

The new TIRPITZ transforms and expands a historic German WWII bunker into a groundbreaking cultural complex comprising four exhibitions within a single structure, seamlessly embedded into the protected shorelands of Blåvand in western Denmark. The construction of the 2,800 m2 ’invisible museum’ expected to attract around 100,000 visitors annually.

As an antithesis to the heavy volume of the WWII bunker, the museum appears subtly as the intersection between a series of precise cuts into the landscape. Contrary to the hefty and intrusive regelbau construction of the original artillery fortress – simply designed as an immense concrete block – the new TIRPITZ finely cuts into the dune and camouflages with the landscape.

Upon arrival, the visitors will first see the bunker and as they approach, see the fine cuts and paths leading towards the center of the museum complex. The central courtyard allows access into the four underground gallery spaces that have an abundance of daylight even though they are literally carved into the sand. The exhibitions, designed by Dutch agency Tinker Imagineers showcase permanent and temporary themed experiences. Every gallery has its own rhythm, beating in sync with its storyline: high and low, night and day, good and bad, hot and cold, the passing of time.

Army of Concrete tells the human stories in the shadow of Hitler's enormous defense project, the Atlantic Wall, such as Anna's, the girl who had a child with a German soldier; Gold of the West Coast is Western Europe's most comprehensive exhibition of amber, presented in an enchanting steel forest. Along with its changing colours and sounds, the atmosphere of the rooms alternates between warm and cold: references to the history of amber; and West Coast Stories tells 100,000 years of west coast history and is turned into a nighttime 4D theatre twice an hour. The audio-visual theatre has visitors sit down in a lifeboat before taking them on a tempestuous journey through time.

From the sunken galleries, visitors are able to walk into the historic bunker, which grounds the tale of an impressive war machine. In the dark visitors can play with light and activate shadow plays that reveal how the bunker should have functioned.

The building consists of four main materials and elements which are also found in the existing structures and natural landscape of the area – concrete, steel, glass and wood. The walls of the exhibition rooms are made of concrete cast onsite, supporting the landscape and carrying the fascinating roof decks that cantilever out 36 m. The largest roof deck weighs about 1.090 ton and the complex roof structure is engineered by Swiss Lüchinger+Meyer. The main interior materials utilized throughout the gallery spaces are wood and hot rolled steel which is applied to all the interior walls. 6m tall glass panels face the outdoor courtyard, allowing natural daylight into the four exhibition spaces.