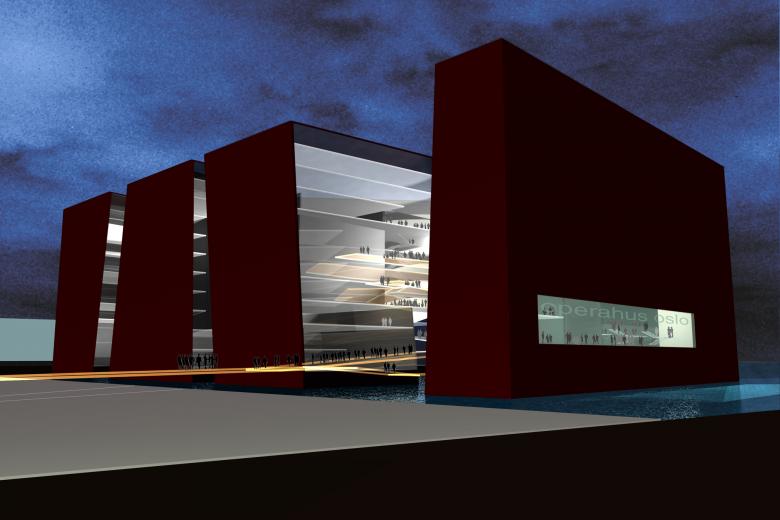 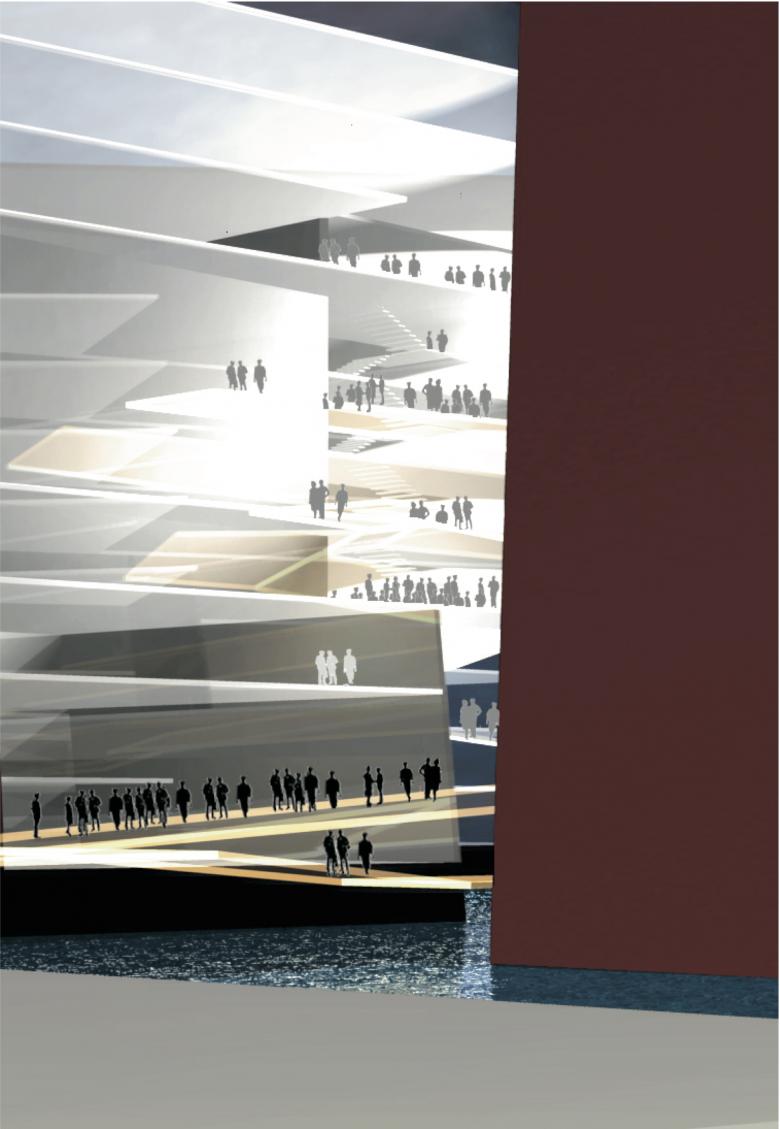 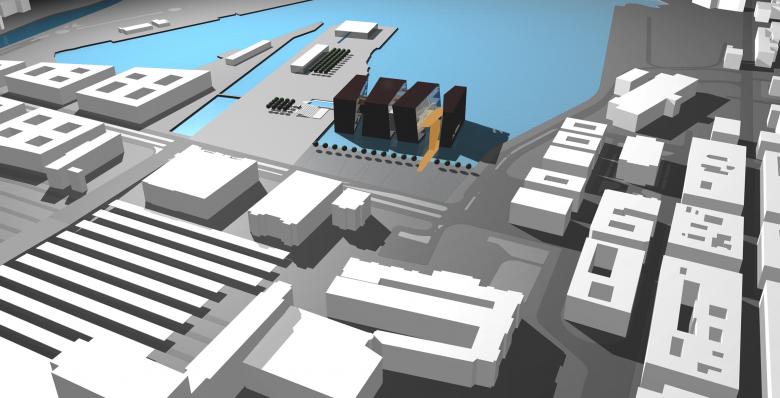 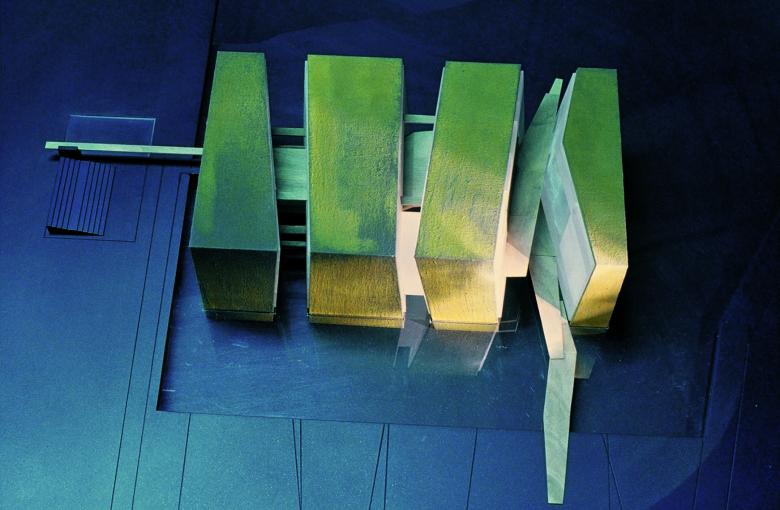 The Situation
The site is located east of the city centre in the Bjørvika area adjacent to the main railway station. It is part of a former industrial habour area formed by warehouses and road and rail traffic. Future development aims at increasing its qualities as an inner urban area, bridging the medieval area of Oslo and its modern city. Within this context new cultural projects will have to play an important part. Especially, the new Oslo opera house building will become a significant landmark.

The new converted Nyland alle will connect the eastern areas and the city centre via Prinsensgate. It is suggested to abandon the proposed buildings between Tollbugata and Nyland alle to achieve a spacious 'Opera Square' between an inner city boulevard (Nyland alle) and the water side. Here the new opera house is positioned in the Bjørvika. The importance of the new opera house requires a building with an instant presence as well towards the city as to the water front. It makes a prominent feature to visitors approaching the city by car, rail or boat.

The Vision
From a distance the new opera house shows off a sober cube, clearly shaped but sliced by a few distinct incisions. They breach the austere shell and allow to glance at a glamorous and busy inside.

The view from Nyland alle or Christinan Frederiks plass (railway main station) is led to the opera house and through its incisions onto the water constantly altering as one is proceeding on. Particularly, in the evening hours when daily performances' programme is about to start and the opera houses' activity is at its peak the different shaped cuts will shine. Light reflects from the water surface into the inside and onto the outer shell. Like a lighthouse the cube signals its presence out on the fjord.

The Building
The incisions however will slice the cube into four chunks. As the new opera house is entirely surrounded by water the single building parts are founded on a buoyant platform construction floating in the Bjørvika. Each of these four chunks accommodates a major funktional unit:

Entrance and Management
foyer and entrance area including café, restaurant as well as all neccessary facilities, management / administration.

Stage
main stage as well as all side and under stages, rehearsal and dressing rooms, canteen.

Workshops
back stage, assambly hall, all workshops, all connected to the main goods lift.

Visitors approaching the new opera house from the city will cross the new 'Opera Square' and stepping onto a bridge that leads into the westerly incision. On both sides illuminated glass facades are rising, already displaying the lively hustle and bustle of the different foyer and refreshment areas and the auditoria.

From the bridge an ascending plain leads to the main entrance of the opera house, the foyer zone at level +3.30. Following the ascending plain, a public footpath carries on through the building. First at its very top the view opens out to the fjiord before bending and leading into the left building passing along the water under the main auditoria. From here internal views open: back to the main foyer and entrance areas, across the water into the main orchestra rehearsal room or up to the foyer area of the small auditorium and rehearsal room on level +9.90. The public footpath continues leaving the building in the workshop area passing the tribune of the open air arena and descends down to the park.