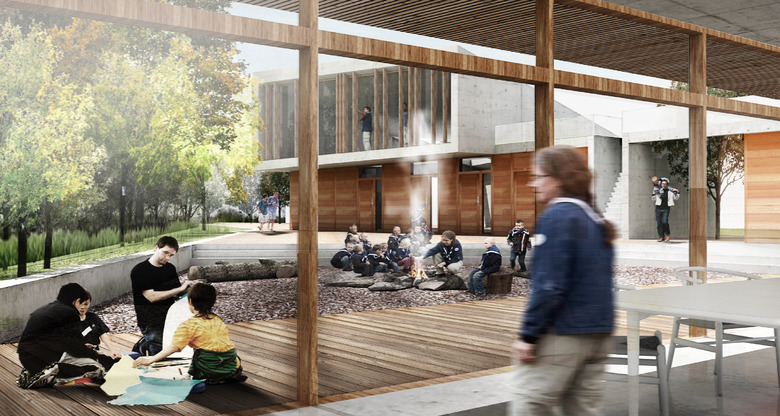 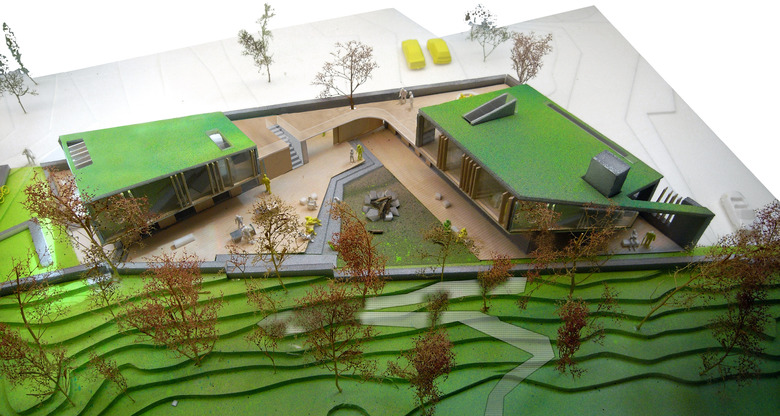 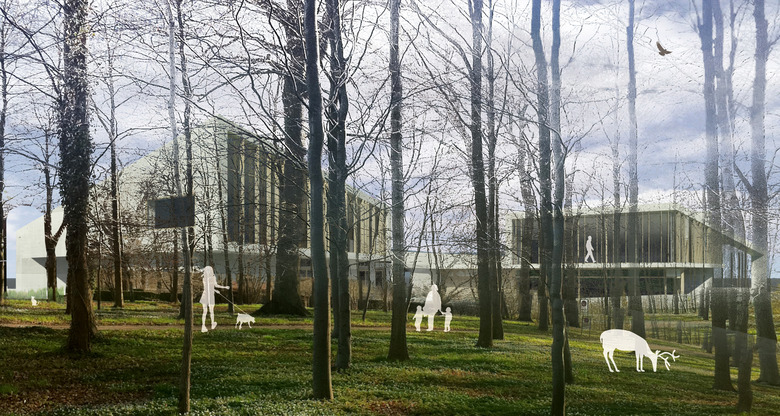 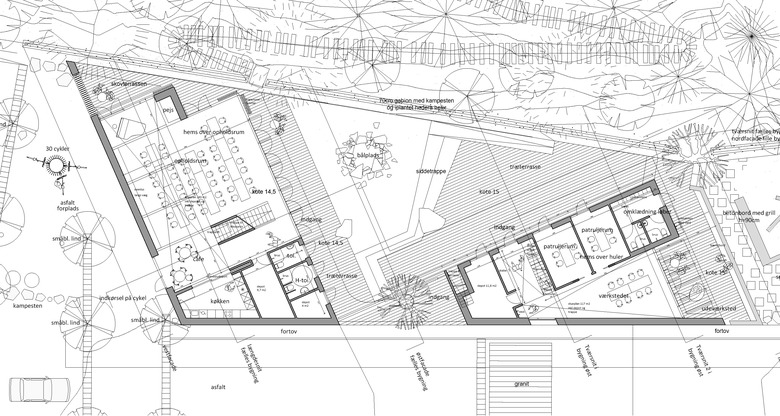 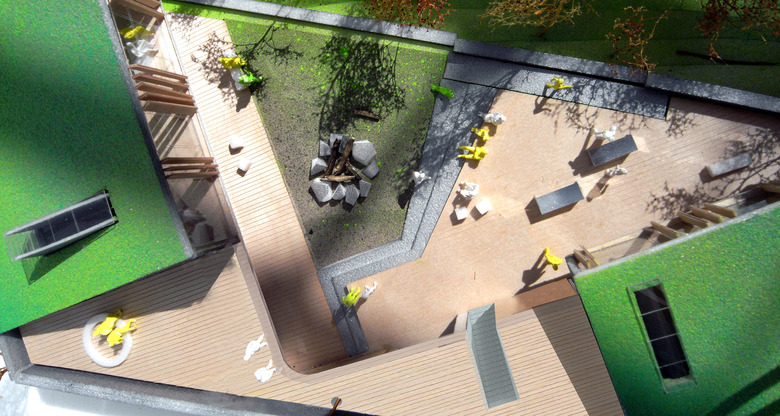 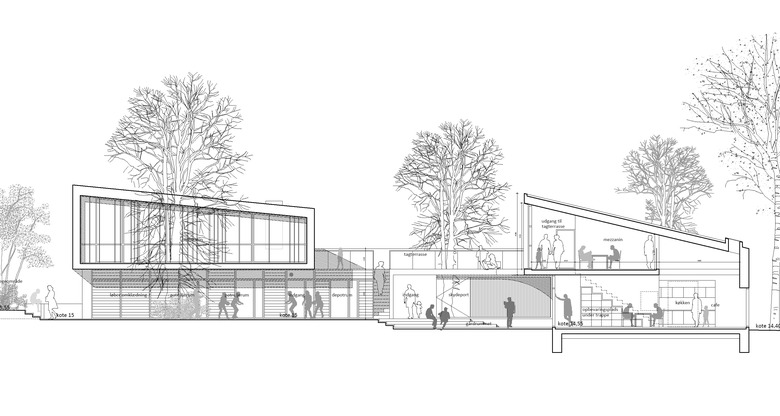 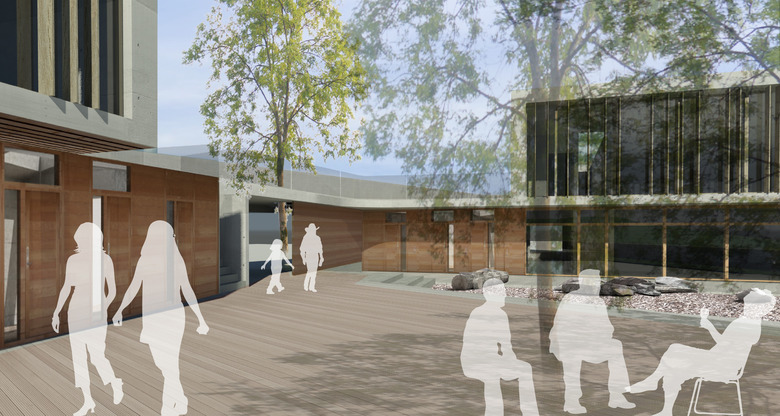 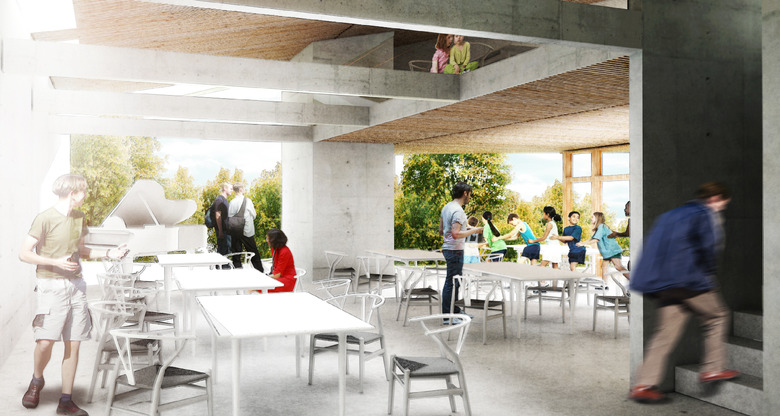 The new scout hut will be built in concrete, wood and glass and will consist of two buildings that will be coupled by a covered terrace in first floor. One building of 276 m² will be built with large glass panels and will include kitchen, café area, meeting hall and an activity room. The other building of 178 m² will include workshop and dressing rooms, which can be used by runners that often take one or more rounds around Søndermarken. The building will have a series of smaller rooms and also a lounge area and space for accommodation. An outdoor workshop and outdoor kitchen will be constructed outside the building. Between the two buildings a large enclosed terrace called the base camp of 270 m² will be established. Parts of the base camp will be covered. It will be equipped with drop-in center furniture, a fireplace and a secret exit to Søndermarken in the shape of a long wooden deck which curves from the base camp and into the slope to Søndermarken.

Other Projects by SOPHUS SØBYE ARKITEKTER

Pulsen - Sustainable multi-house of the future