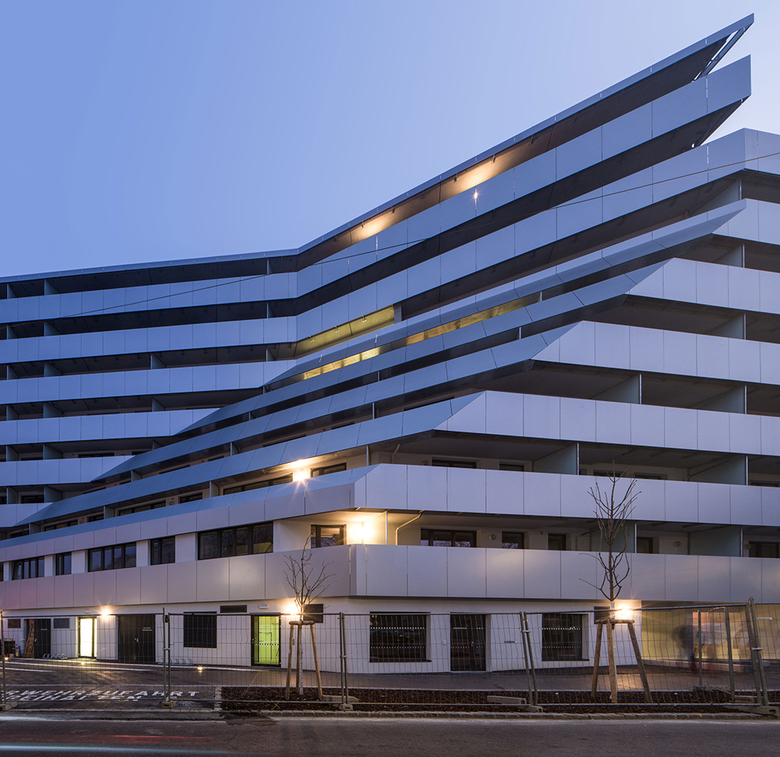 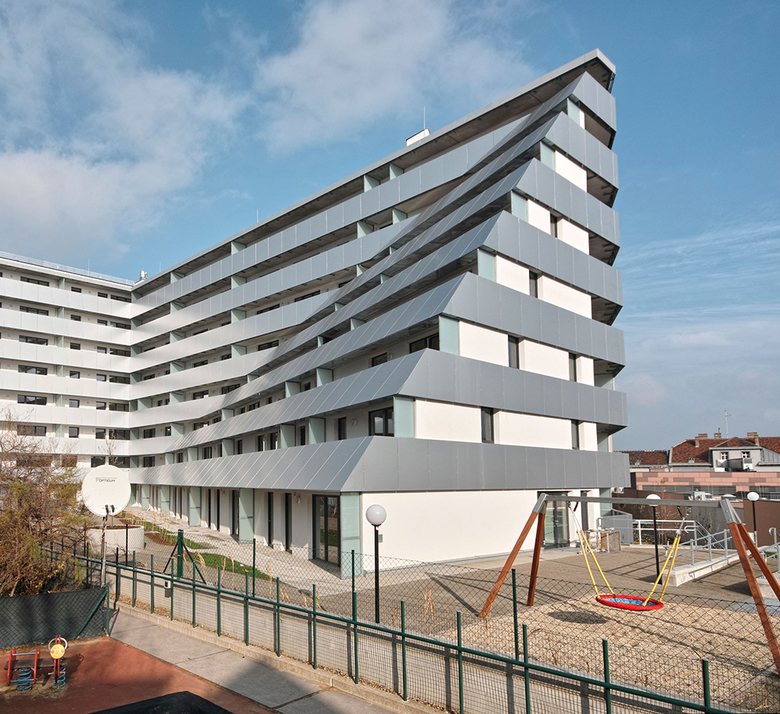 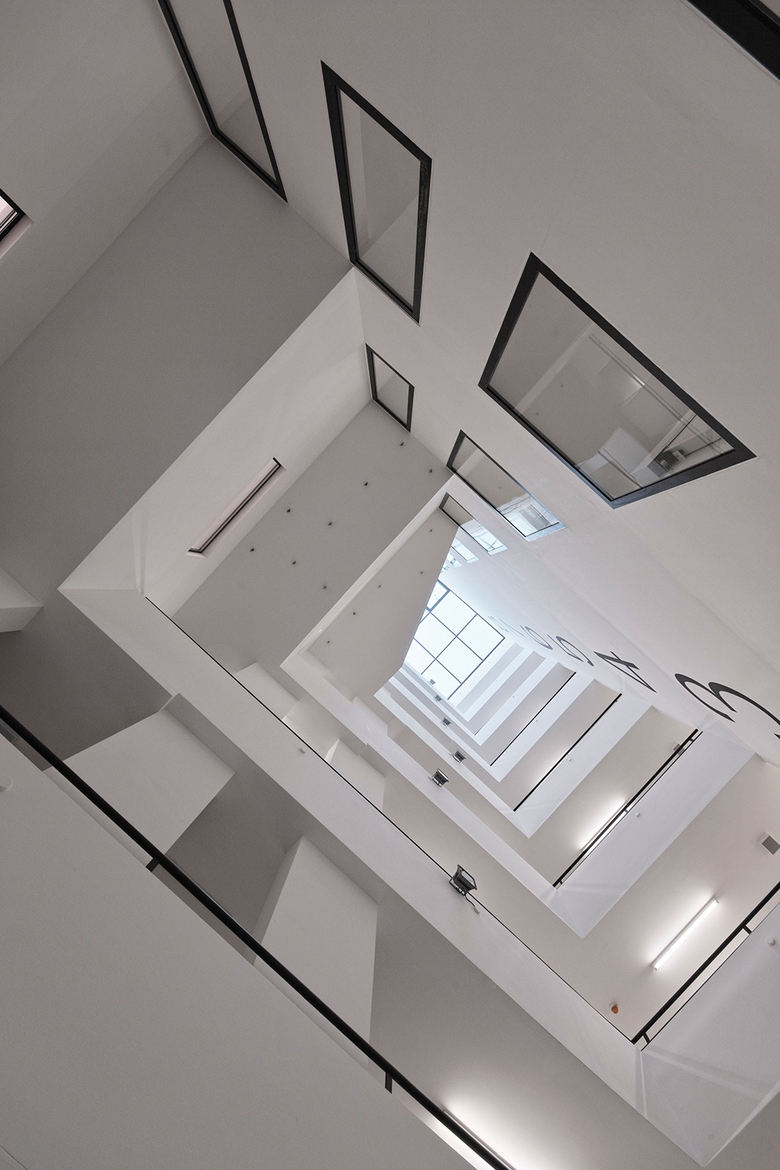 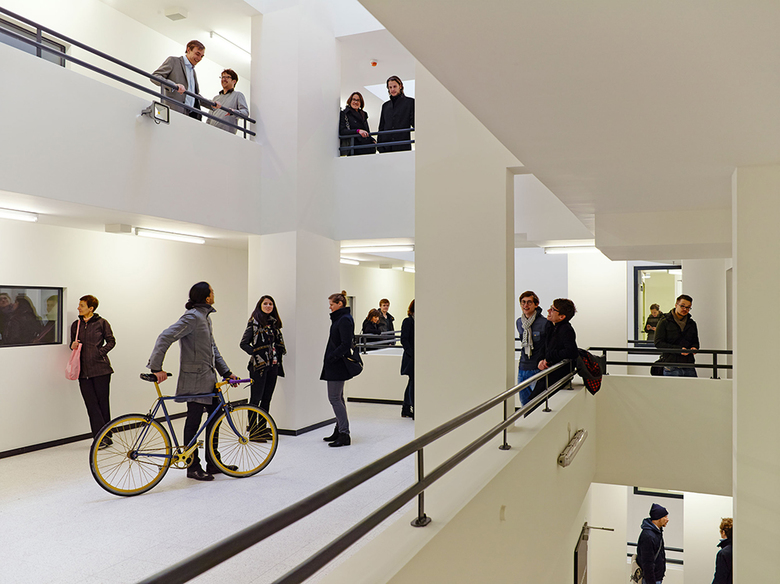 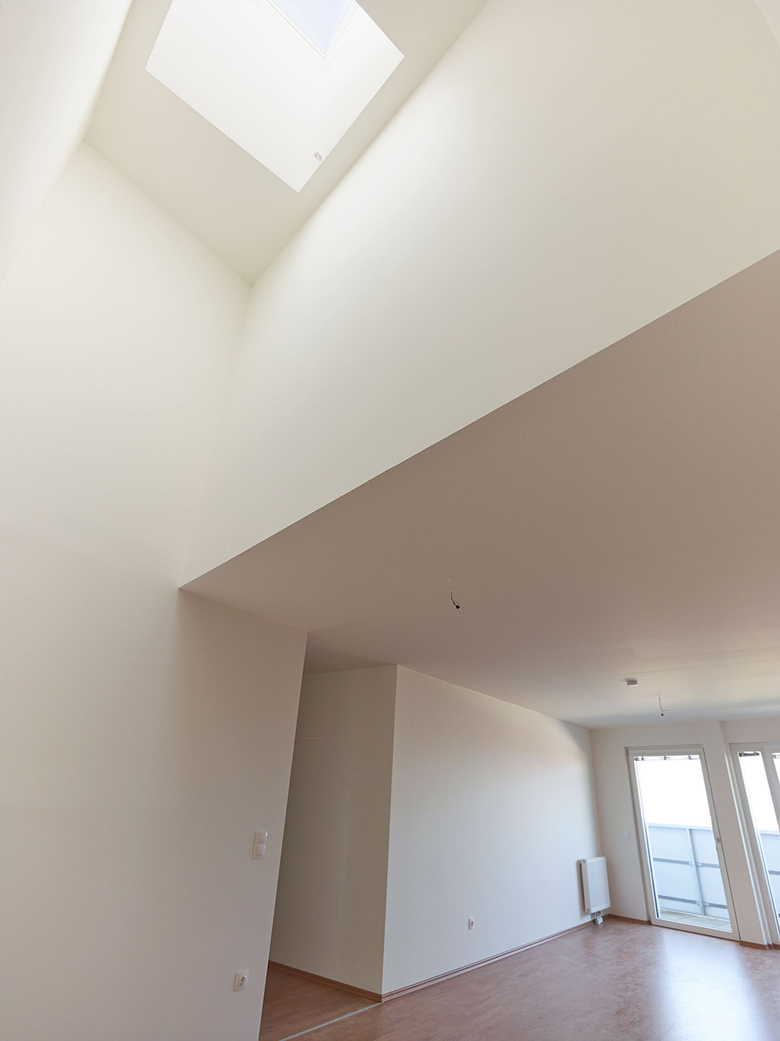 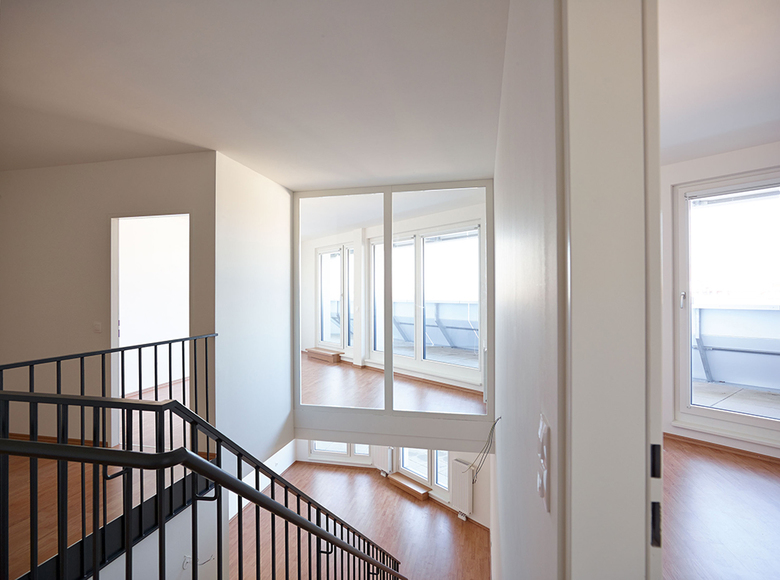 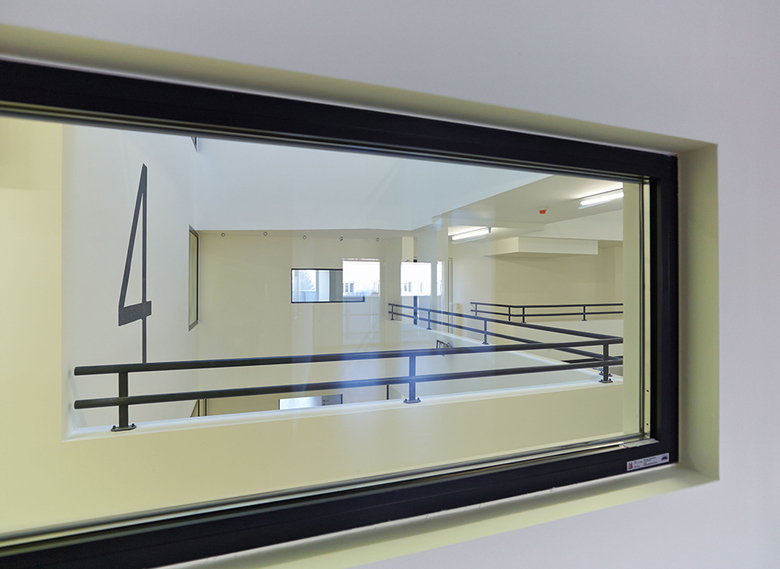 stadt-land-schafft was the name of the winning entry for the Europan 6 competition in 2001. After 12 years of development and construction, the building will now be handed over to its future residents. It has become more than just a building! It is an artificial mountain, with its interior space forming a Piranesi-like three-dimensional urban landscape and a built alternative to the block perimeter development.

By using applied three-dimensional geometry, a maximum cubature is generated from objective criteria that precisely displays the specific interests of the site`s immediate neighbors (sunlight, public spaces …). For the site a mountainous volume is formed which originally (for the competition 2001), contained a mixed use program: at the outer crust the apartments with terraces and in its core a supermarket, retail stores and commercially used spaces.

By the means of structural zoning regulations done by the Vienna building authorities in 2007, a peculiar development plan was defined, which exactly described the extents of the mountain and which regulated its total floor area.

During the design process, the type of commercially used spaces became closer and closer to the residentially used. Now they include a kindergarten, student accommodation and various collectively used spaces (a common kitchen, winter gardens, indoor playrooms for kids, a terrace for chess playing…) which are mostly facing the inner atrium. The Atrium functions as a miniature city from which all of the 200 apartments can be directly accessed. The apartments are versatile in their layout: partly multi-storey, partly light scoop, but always with a window to the interior atrium and a circumferential terrace to the outside.