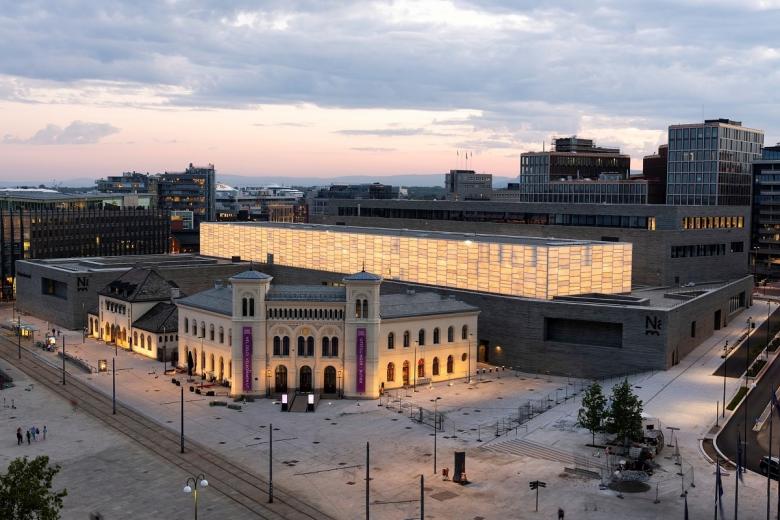 The new National Museum Oslo with a fascinating façade of Norwegian slate and a radiant light hall as its crown.
Photo © Nasjonalmuseet/Borre Hostland 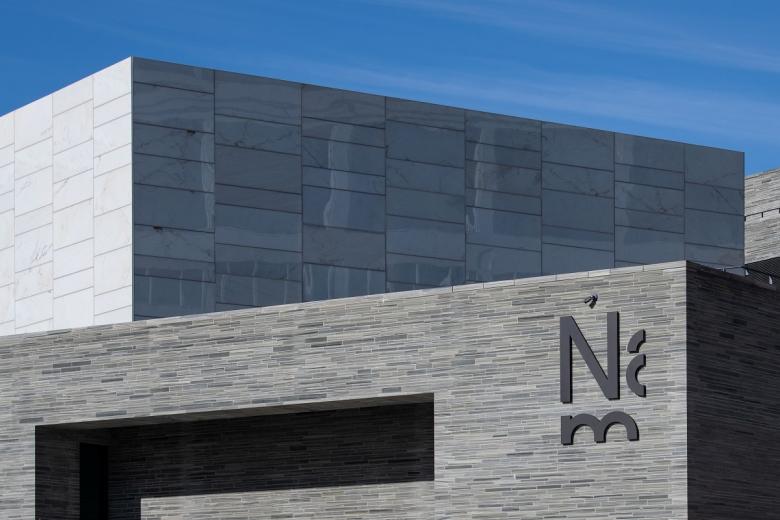 The mighty building consists of two levels with a Norwegian slate façade and an alabaster hall on top as a special highlight.
Photo © Nasjonalmuseet/Ina Wesenberg 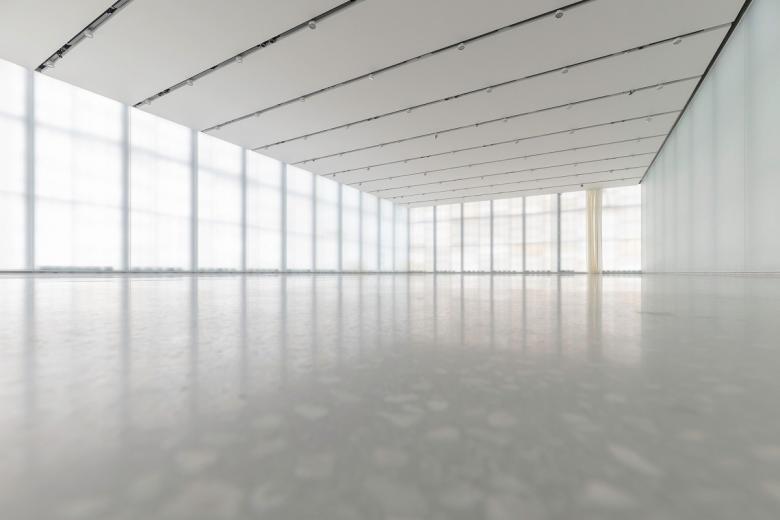 The Alabaster Hall is an extraordinary and also challenging exhibition space in the museum.
Photo © Nasjonalmuseet/ Annar Bjørgli 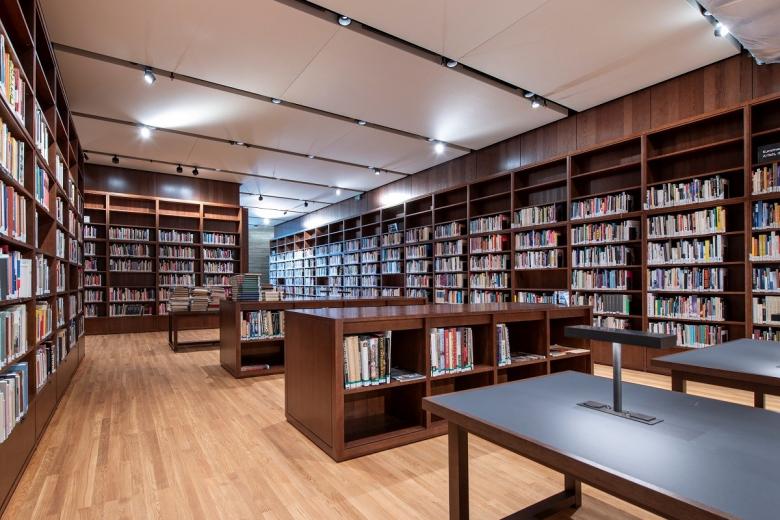 The interiors are fitted with stretched textile ceilings. In the 20 cm wide open gaps, the ventilation and air-conditioning technology has been installed almost invisibly between the light spots.
Photo © Nasjonalmuseet/ Ina Wesenberg 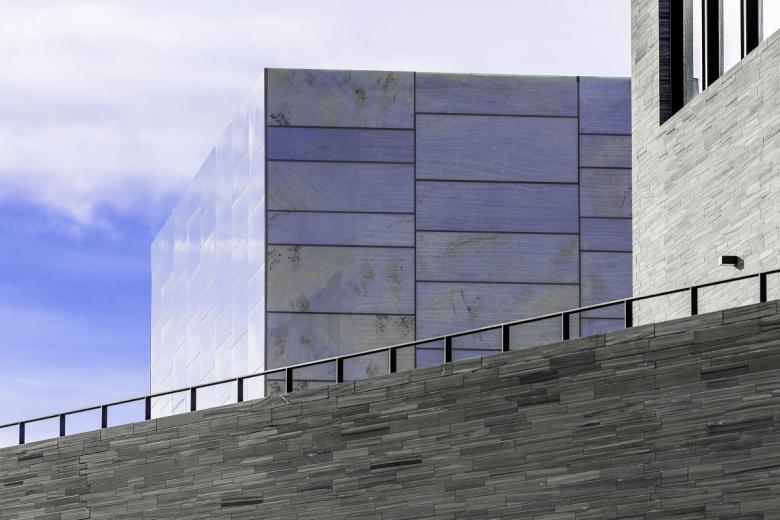 The façade of the Alabaster Hall consists of a thin layer of marble between sheets of glass, which has the same translucent effect as alabaster.
Photo © Nasjonalmuseet/ Annar Bjørgli 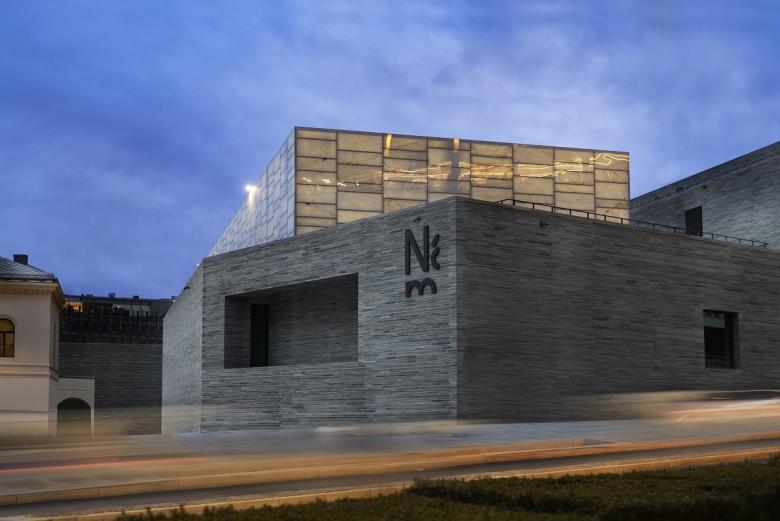 Norway - land of fjords and glaciers. Even the capital Oslo, with almost 700,000 inhabitants, is surrounded by fjords. But it is not only nature that is beautiful in and around Oslo. In addition to the Holmenkollen ski jump and the New Opera House, the city now has another architectural highlight right on the harbour: the New National Museum by architect Klaus Schuwerk presents itself as an extraordinary manifesto for the arts.

"The largest cultural centre in the Nordic region", "one of the leading houses of its kind in Europe" - great promises precede the new National Museum Oslo. After the architectural competition in 2009 and the subsequent planning and construction period, the impressive new building is now complete and will open in summer 2022. The museum will then be home to a total of over 5,000 works: the art collections of the National Gallery, the Museum of Contemporary Art and the Museum of Decorative Arts will be merged from their previous different locations. On a total gross area of almost 55,000 m2 on two levels, works of art from antiquity to the present day will be on display - including works by artists such as Munch, van Gogh and Rembrandt.

The new building: made to stay

Klaus Schuwerk planned with the perspective of housing works of art for centuries in the new building. For this reason, high-quality, robust and durable products were used. Materials such as oak, bronze or shell limestone partly adorn the floors and walls inside. The exterior façade is made of Norwegian slate, which was specially transported to Germany and back again for processing. The building extends over two levels, in which, in addition to the exhibition areas, there is also a restaurant, museum shop, auditorium, library, laboratories, studios, workshops, office and archive and storage rooms. The rooms are arranged around an inner courtyard with a terrace and recessed gardens. The absolute highlight and symbol of the new museum, however, is the "alabaster hall" on the roof, which at the same time represents a third level and appears as if it has been placed on top of the building. With its special light, it will be a spectacular venue for temporary exhibitions. Especially at night, the Alabaster Hall shines with an almost magical glow.

Ventilation technology perfectly implements architectural wishes
For the ventilation and air-conditioning technology, the task was to combine the technical requirements with the architectural demands. Together with the architects and planners, the engineers from Kiefer Klimatechnik in Stuttgart searched for the ideal middle ground to meet all the requirements. Finally, the filigree INDUL linear diffusers were used, which were installed in the 20 cm wide open gaps of the stretched textile ceilings. The air outlets were installed in a special dimension slightly set back from the top, the perfect compromise for all requirements: The rooms are well flown through, the air can distribute evenly, the required distance to the fabric ceiling is maintained and the air diffusers are hardly visible visually. The aesthetic ceiling design is therefore not impaired, which was an important specification of the architects.

The reliable free jet characteristics prevent dirt deposits along the air diffuser, keeping ceilings clean for longer. The Kiefer system also fulfils the catalogue of requirements for the most equivalent possible climate conditions in museums. For example, draughts must be avoided and a pleasant atmosphere must be ensured in the air-conditioned rooms in which the exhibits are not adversely affected. This is achieved by dividing the supply air into fine alternating free jets, which intensifies the induction of the room air. At an angle of 45°, the supply air flows into the room alternately to the right and to the left, guaranteeing particularly even air distribution without a noticeable draught. Kiefer supplied a total of 940 air outlets to Oslo for this unusual project. After the opening, visitors can convince themselves of the pleasant feel-good atmosphere in the new National Museum.

Other Projects by Kiefer Klimatechnik GmbH