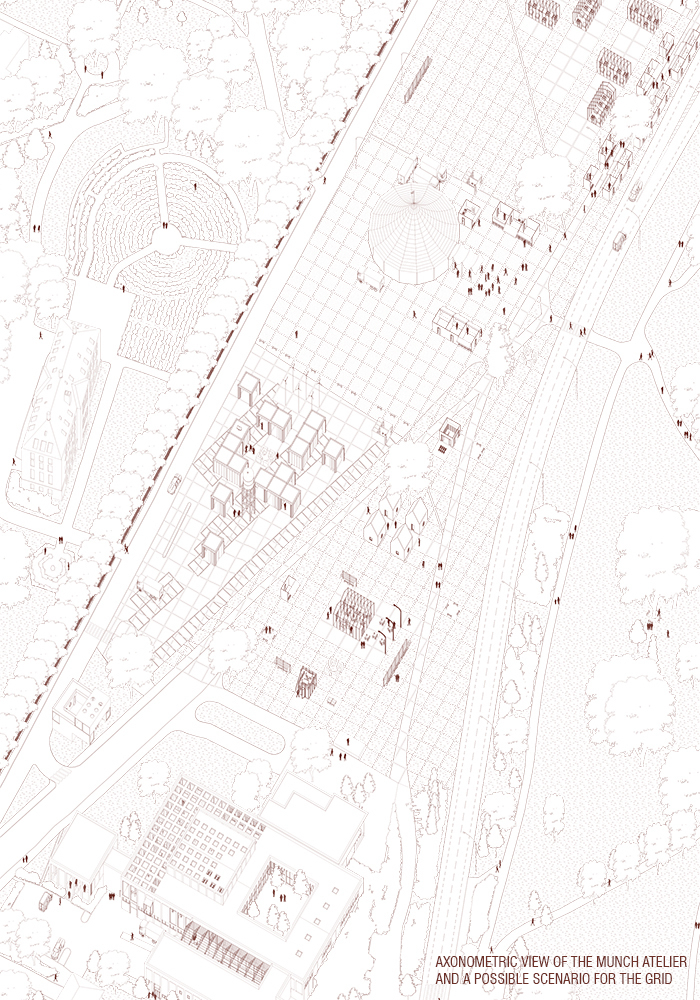 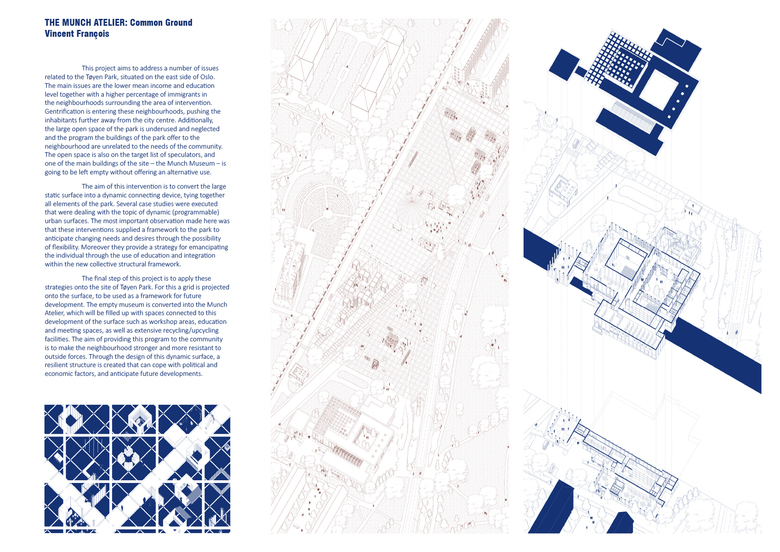 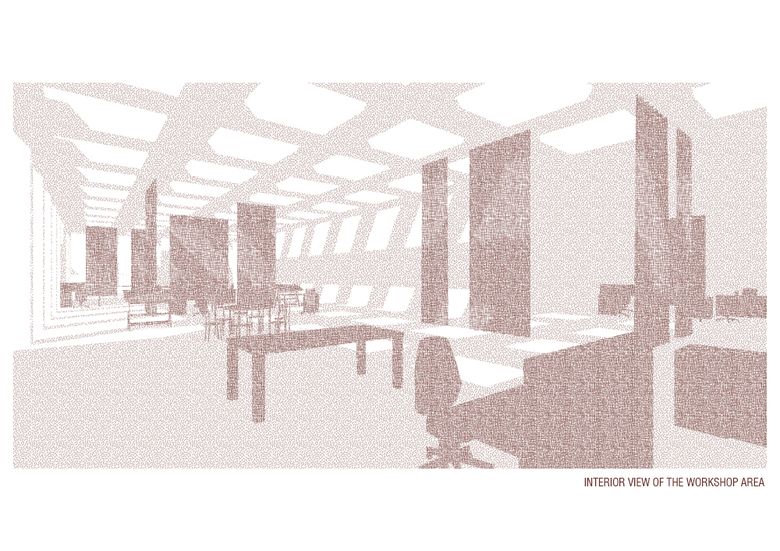 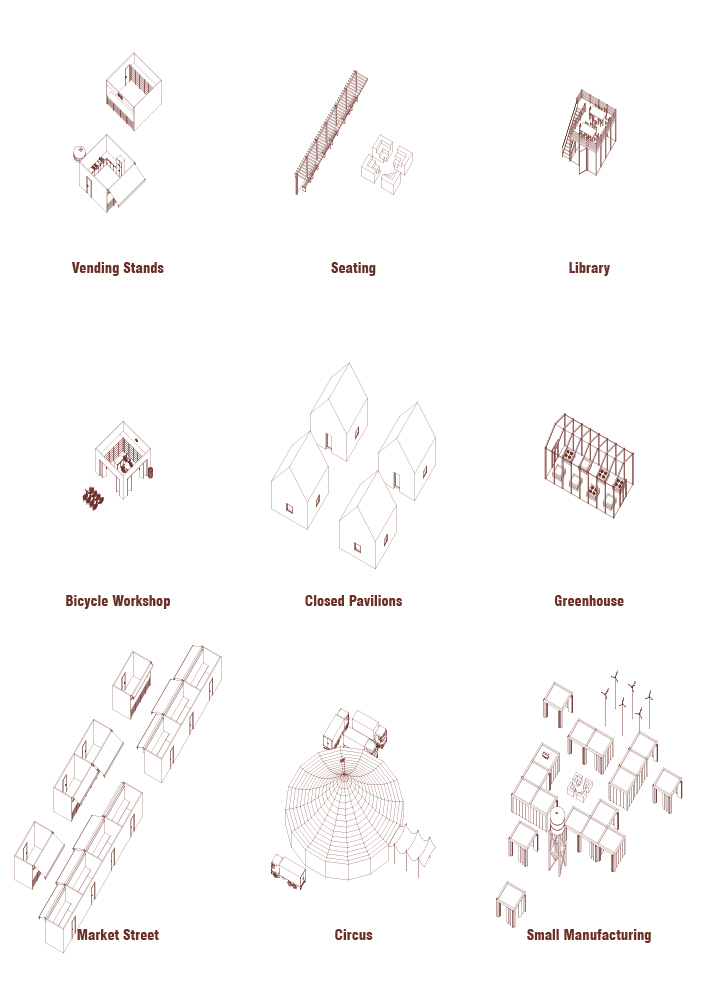 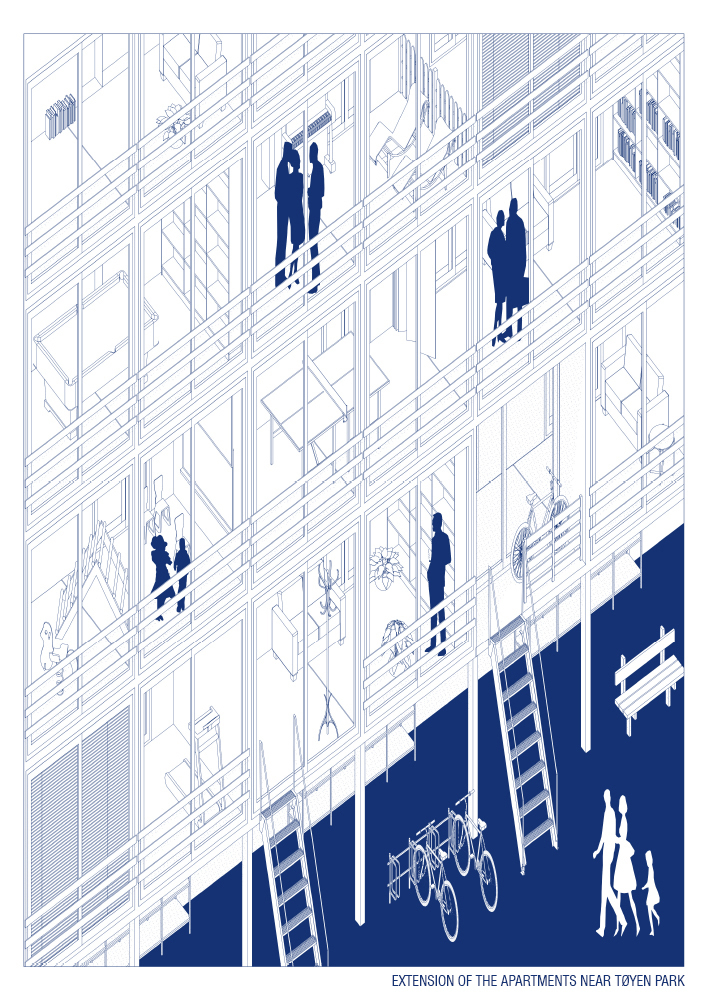 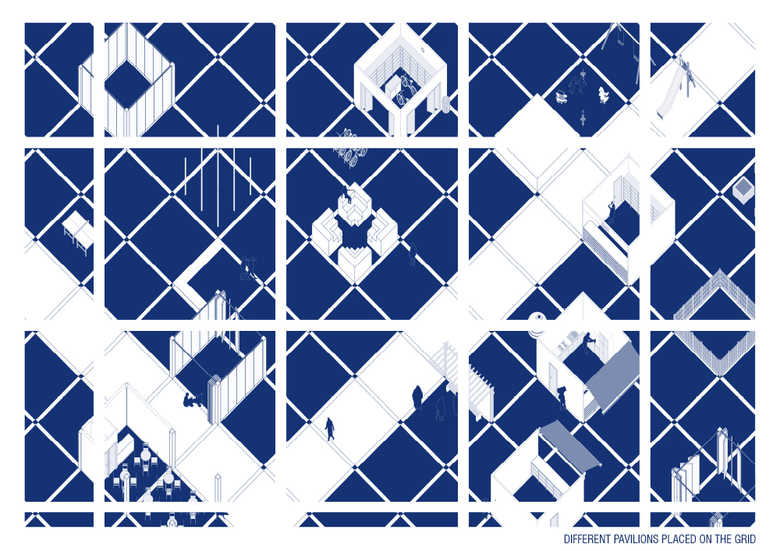 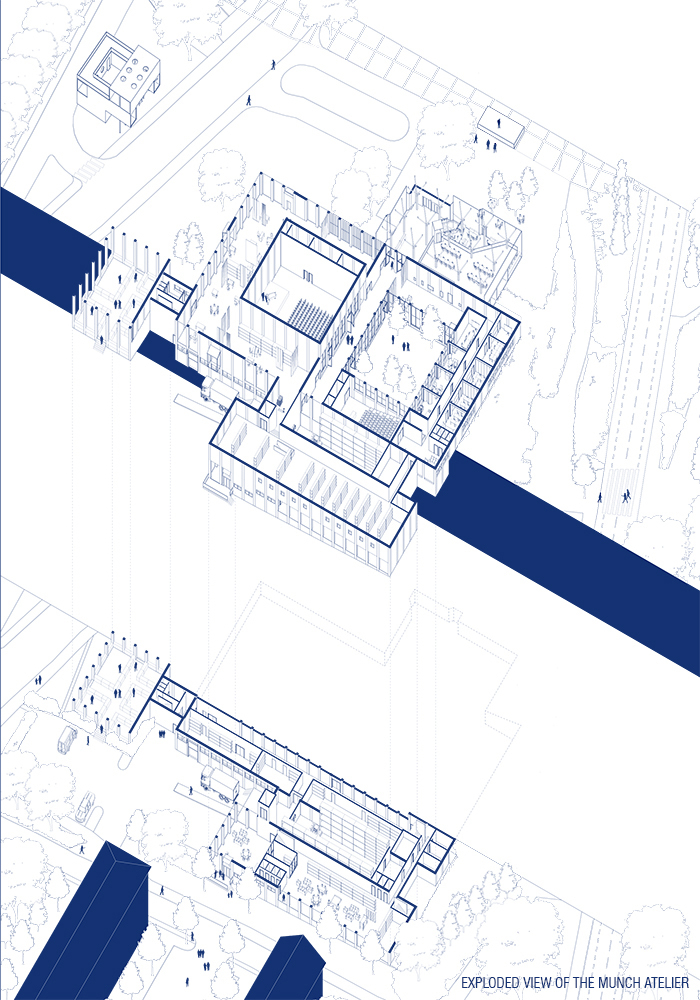 "The conversion of the empty Munch Museum into an atelier for the neighbourhood, which is encouraging the inhabitants to develop the open space in front of the atelier into an emancipative tool. The openness of the park is an obstacle, how can it become a connecting device?"

The reason I was interested in this location was on the one hand its position in the city, and on the other hand the presence of the large open space of the Tøyen park. The site is located on the former border between the planned city of Oslo and the informal workers’ housing. This border still exists as a mental border between rich/poor, good/bad, educated/uneducated. The vastness of the open space of Tøyen Park disconnects all the programmes surrounding it. But this vastness is also a unique quality, especially this close to the centre of a rapidly expanding city.

The program of the Munchmuseet is going to be relocated to the Bjørvika area. This leaves an empty building behind, one of the main attraction points of the Tøyen area, without proposing a programme which could take its place. At the same time gentrification is pushing out the residents of the Tøyen neighbourhood. Being less affluent and educated compared to the west side of Oslo – and with a lower employment rate –  they are unable to cope with the increasing housing prices and the arrival of new residents, attracted by the multicultural image of the area. While this is a very local problem here, it can be seen as a global problematic as well, as we can see the phenomenon of gentrification happen all over the world.

The removal of the Munch Museum is not the only case of the relocation of museums or institutions in the city, as several other programmes – a library and the national gallery are just some of the examples – are being moved towards the area of the Opera House and the Barcode Project as well, in an attempt to create an attractive waterfront development. What it leaves behind, however, is a city made increasingly monotone by this removal of specific attraction point from separate neighbourhoods.

The question is how the neighbourhood can preserve and maintain its own identity in this tendency of reducing diversity in the city. How can the inhabitants empower themselves against being pushed out by gentrification, and which role can the empty museum – as a symbol for the park – play in this story?