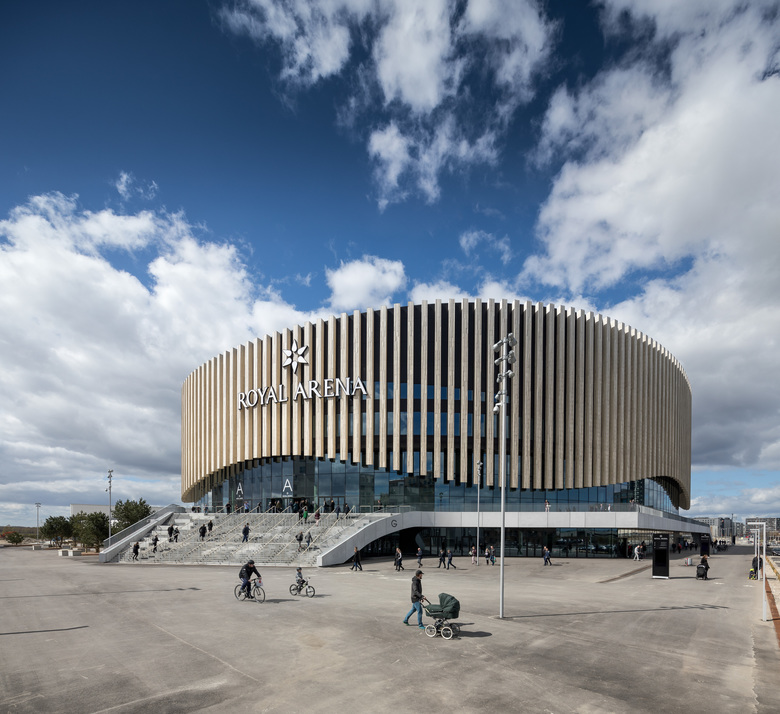 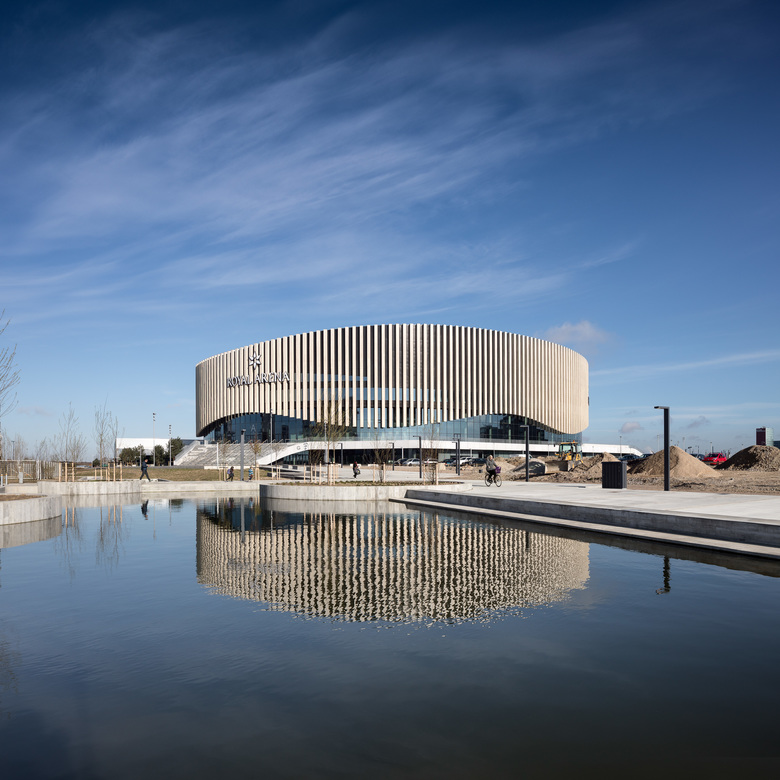 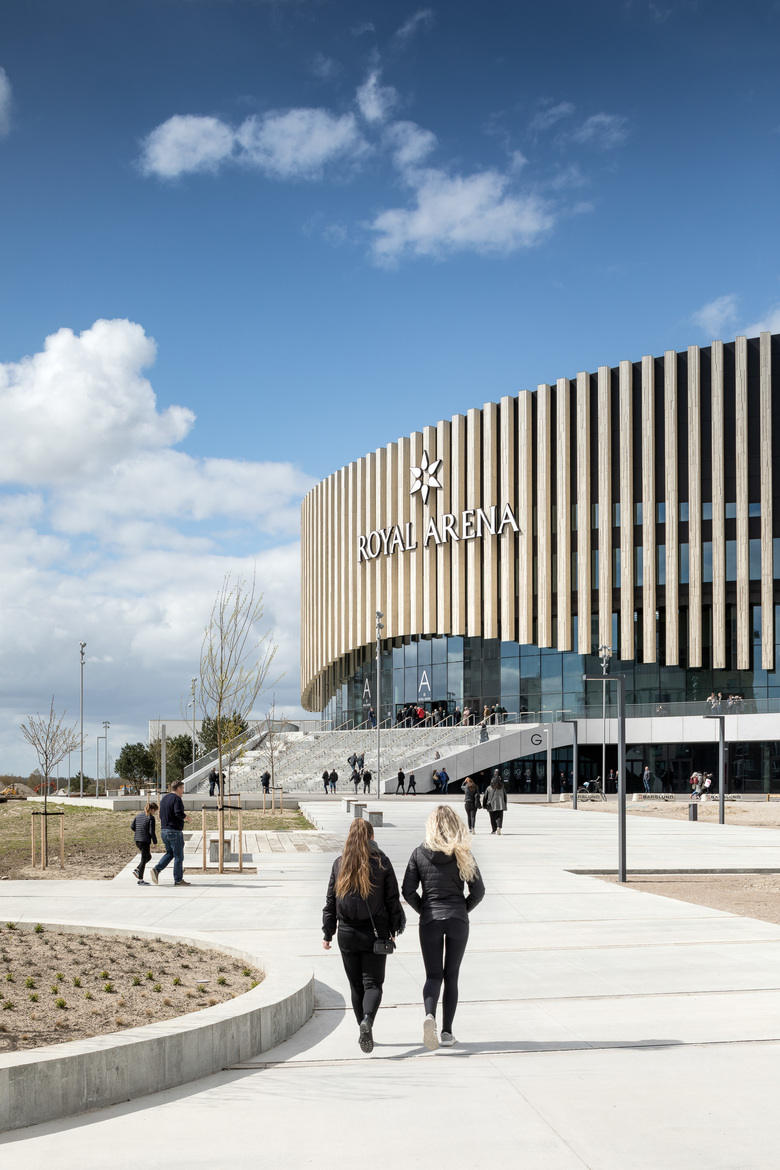 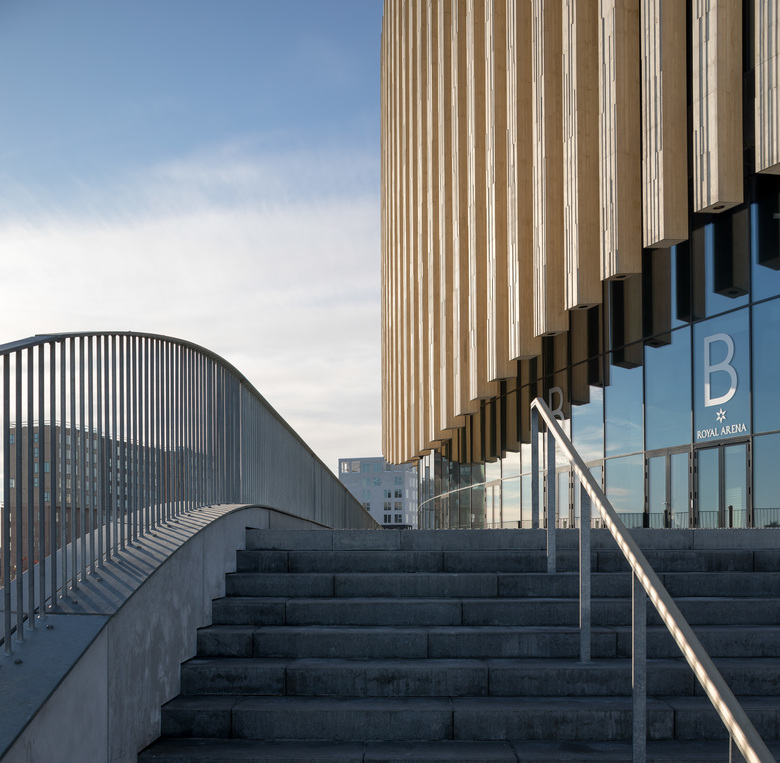 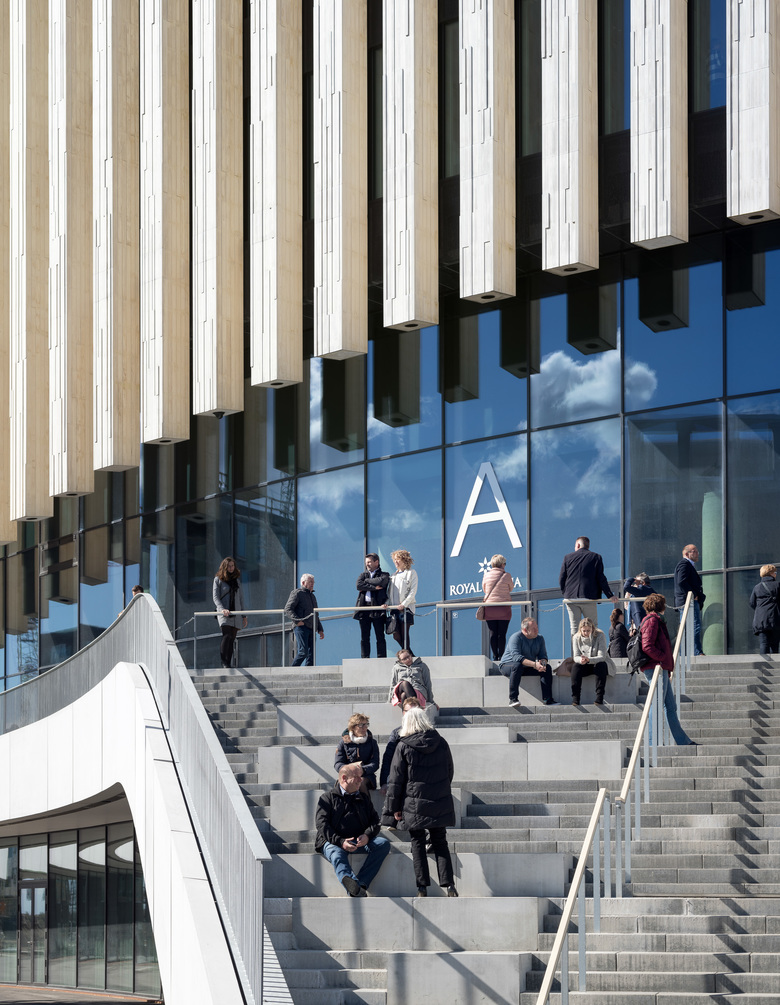 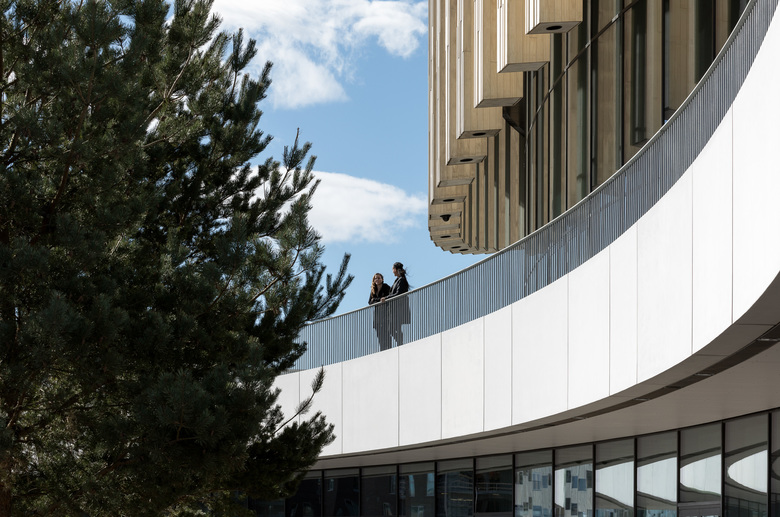 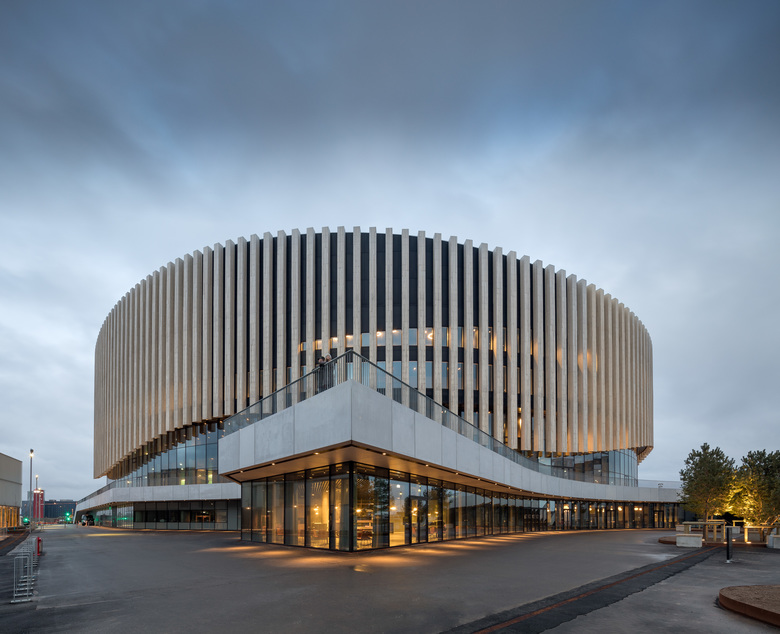 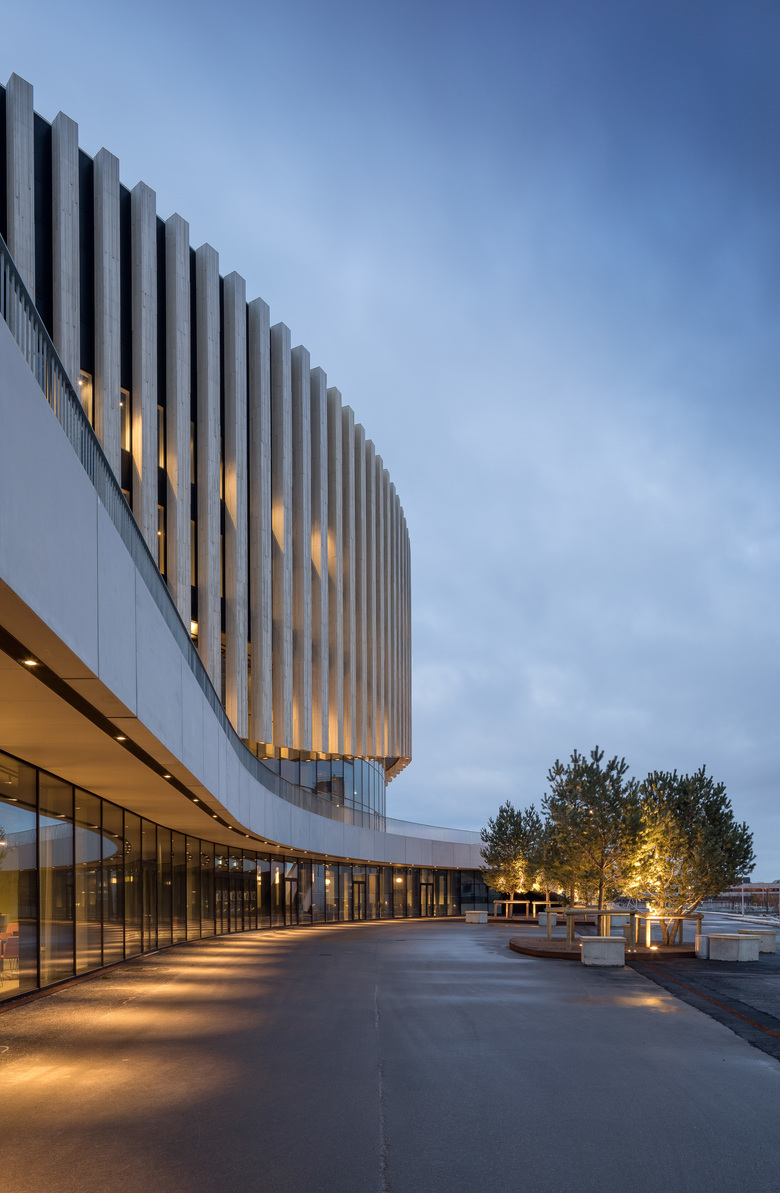 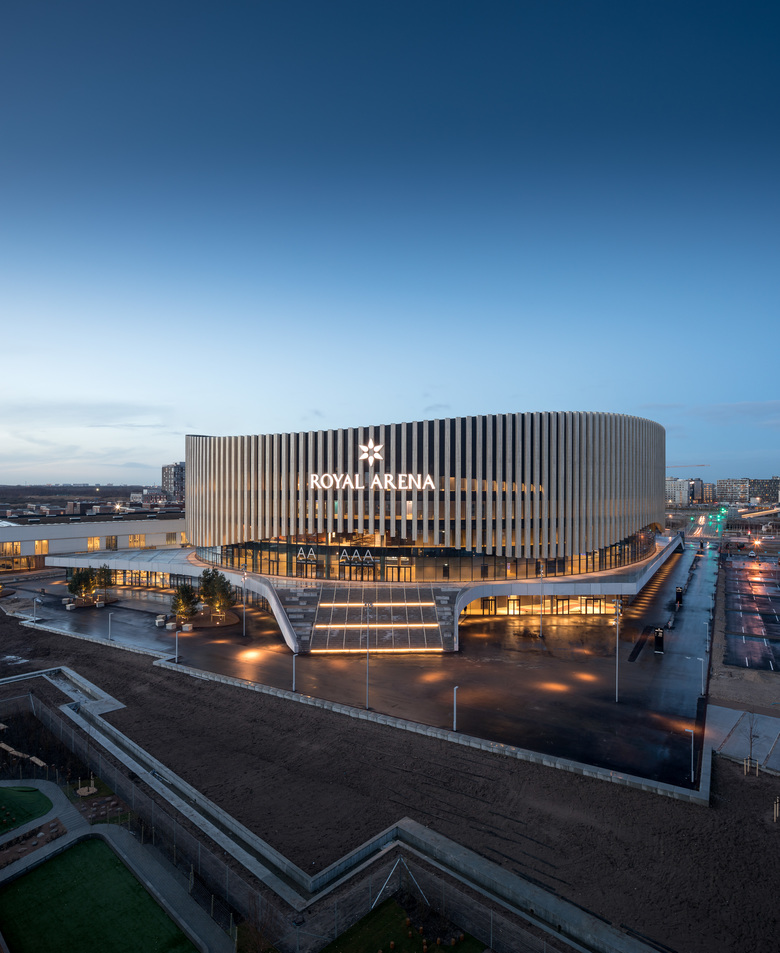 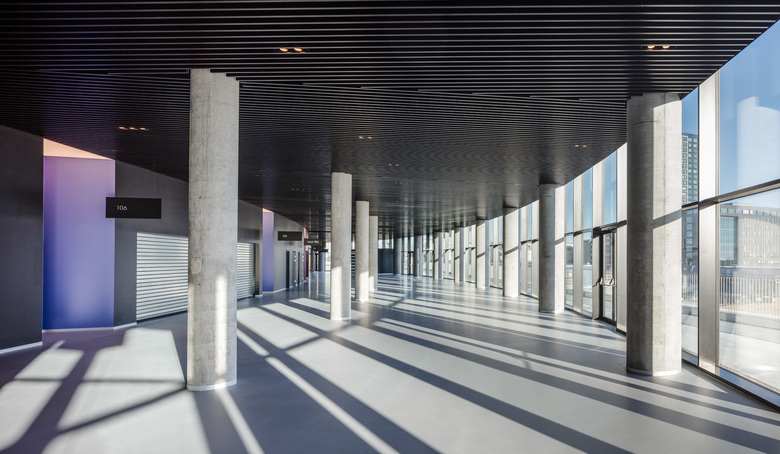 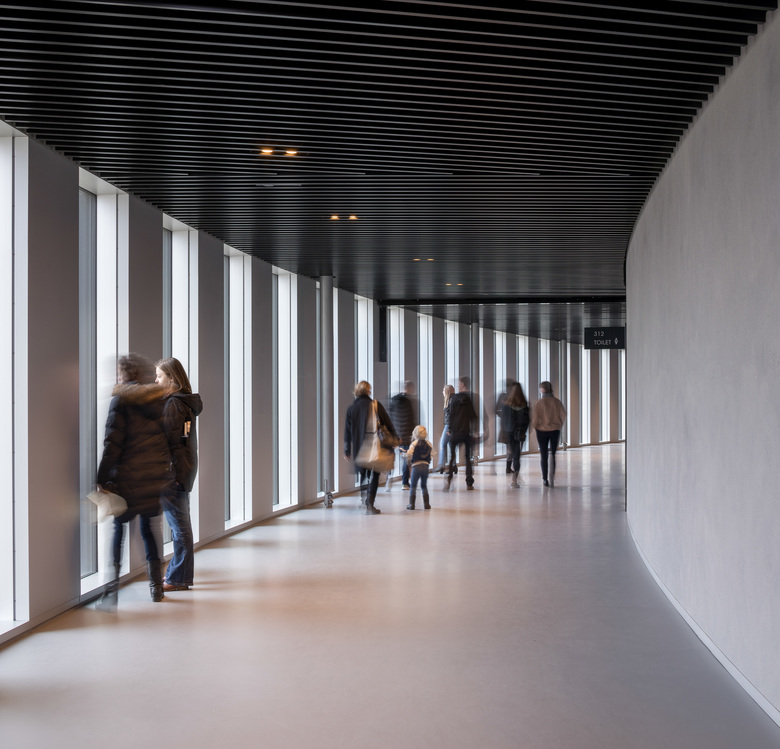 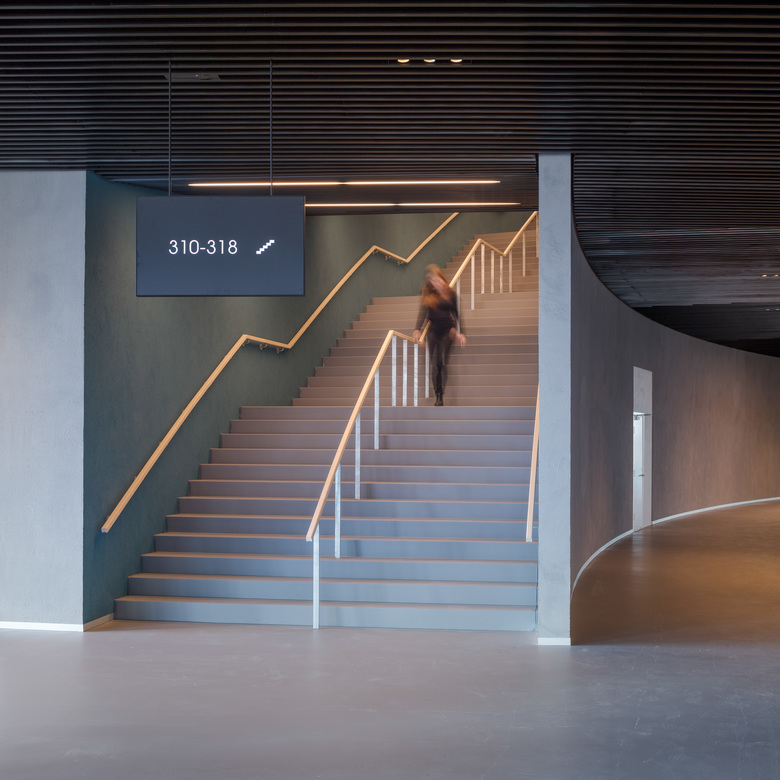 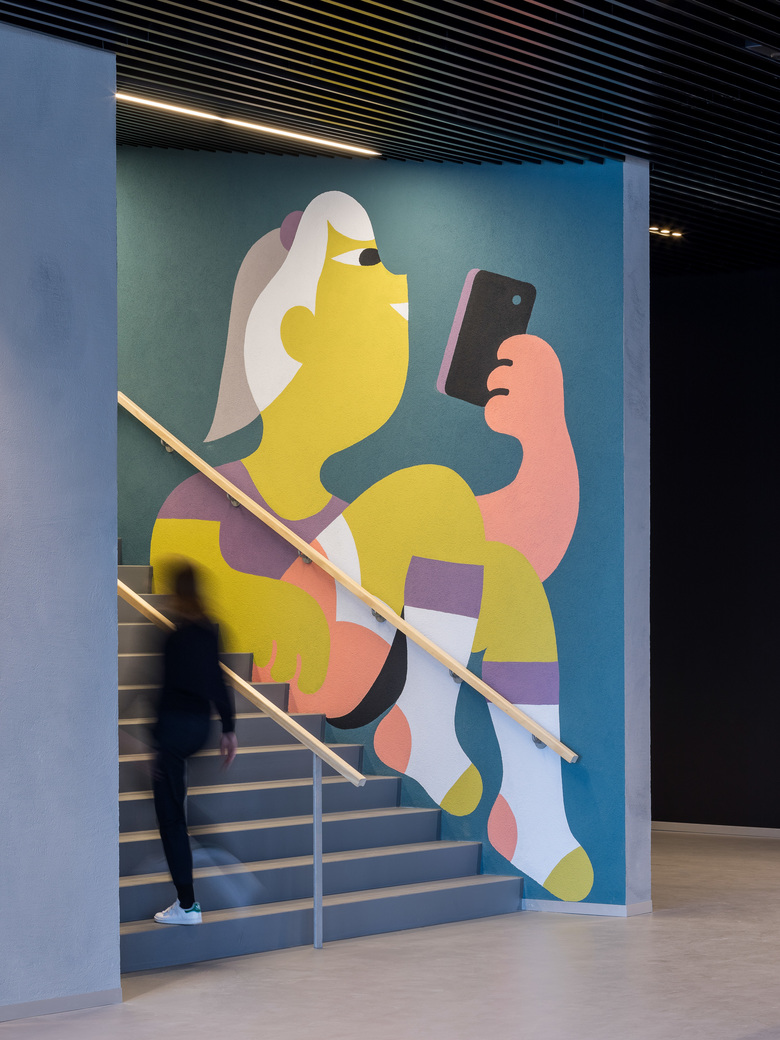 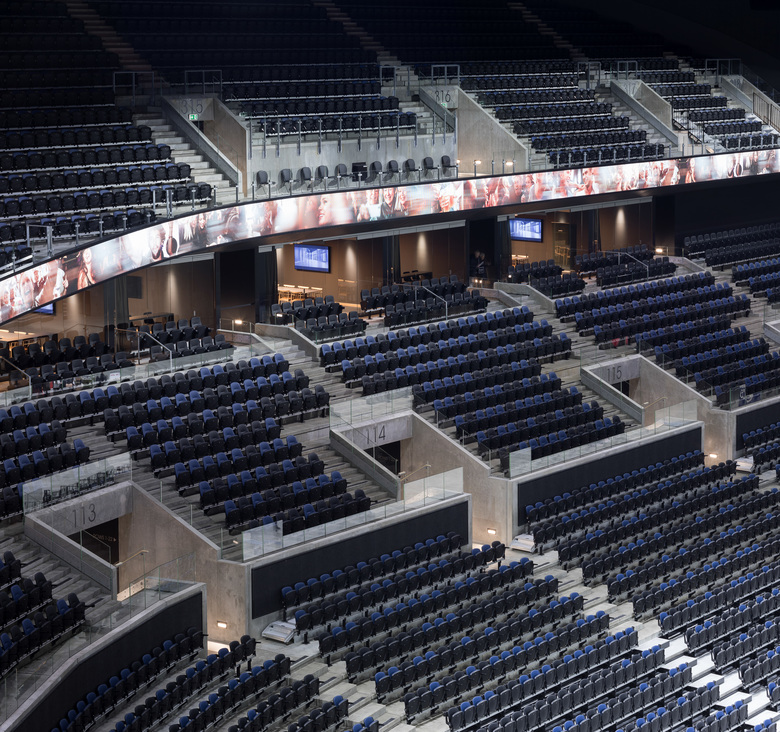 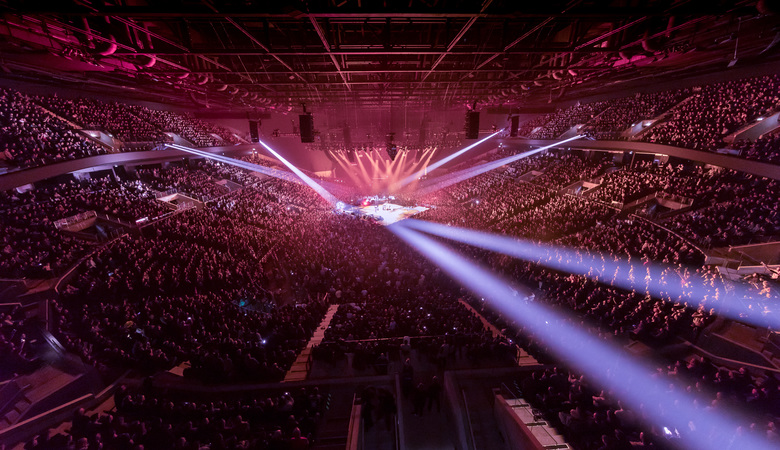 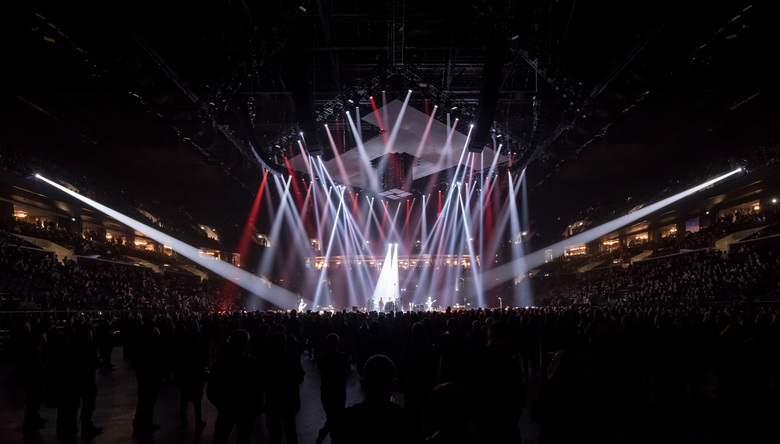 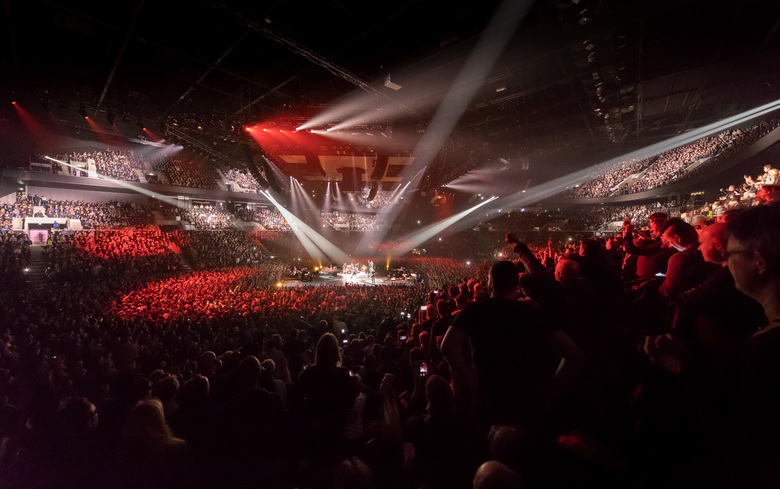 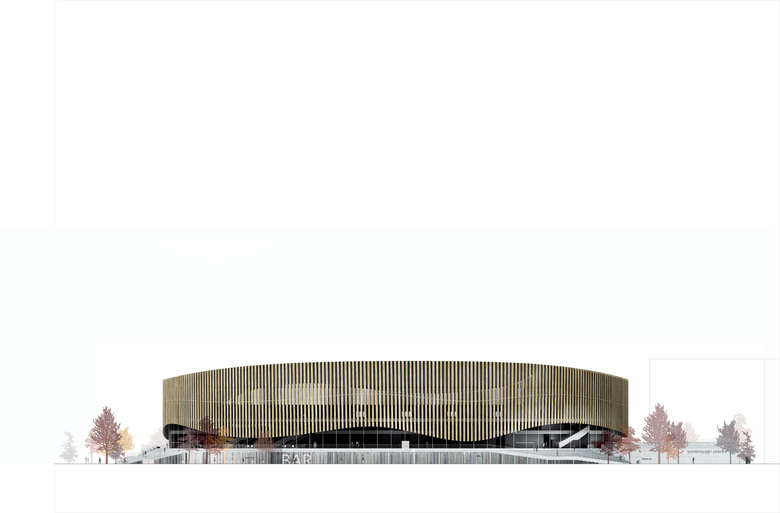 One of the most anticipated cultural venues in Copenhagen, the 35,000 m2 Royal Arena, opened with four sold out concerts by Metallica. Specially designed for concerts and international level sporting events, this new venue combines two key ambitions: to create an attractive and highly flexible multi-purpose arena that can attract spectators locally as well as internationally, while ensuring that the building’s presence will be a catalyzer for growth for the entire district as well as Copenhagen. With a podium that offers different public areas for social meetings and daily activities with a warm timber façade allowing spectators to look out and the curious to look in, the arena is designed to catalyse urban life, thereby adding value and fitting into the surrounding neighbourhood.

The Good Neighbour
Without a doubt, a building of this size affects the community next to it. Copenhagen’s new international arena is not, like a traditional arena, located on the outskirts of the city. It sits amidst a dense residential urban area with housing and businesses. As ’the good neighbour,' therefore, its design needs to encourage active interaction and those characteristic values which make a neighbourhood enjoyable.

From the beginning, therefore, it was central to 3XN to create an intimate symbiosis between the building and the community, activating its surroundings and offering new opportunities for those who live and work adjacent to the building. All its facets, the arena is designed to be a ‘good neighbour’. Central was the idea of ‘putting people first’. A radical rethinking of the Arena typology was, therefore, inevitable.

A Scandinavian take on the typology
Central to the design of the Royal Arena is a unique podium acting as a link to the adjoining neighbourhood. This feature is designed to efficiently absorb the movement of spectators through a variety of small plazas, pockets and gathering areas which have been carved from the podium’s perimeter. It simultaneously encourages the community to embrace the variety of public spaces, staircase, and adjacencies which promote activity and liveliness when the building is not in use.

To achieve optimal flow at all scales of events, 3XN designed the building with a single podium which efficiently absorbs the movement of spectators through a variety of small plazas, pockets and gathering areas which have been carved from the podium’s perimeter. Visitors enter the podium via a wide staircase and from the podium enter the building via a large main entrance or, in case of large audience sizes, are distributed smoothly along the facade between four different entries. The wavelike movements lift up slightly above the natural entry points of the Arena making way-finding easy and logical.

From Metalica to Celine Dion - from Icehockey to Cirque du Soleil
The bowl contains a variety of design features to improve performance experience, such as angled walls to improve sightlines, a flat ceiling, acoustic walls, vomitories to facilitate access and a stage set up which is first rate. With a 22 meter height around the stage, it is the focus point no matter where one isseated. The flexibility of the design allows for the widest range of events; and possible configurations that is therefore almost infinite.

As concerts will make up a large proportion of events at the Royal Arena, the end stage configuration is very important. The Arena is also extremely flexible. It allows for a comprehensive range of staging options with a 22 meter height surrounding the stage. In addition, the symmetrical block layout, allows seating to be built up, reduced, expanded or sectioned off in the most appropriate ways for each concert, but also highly capable of adapting to quick operational changes and requirements based on ticket sales. The building has an open ground floor and a public plateau at the first floor level. Most of the spectators are seated on three sides of the stage/track/court, with the option to accommodate further visitors on the fourth side for sporting events and special cultural events. In concert-mode, the arena floor can be retracted.